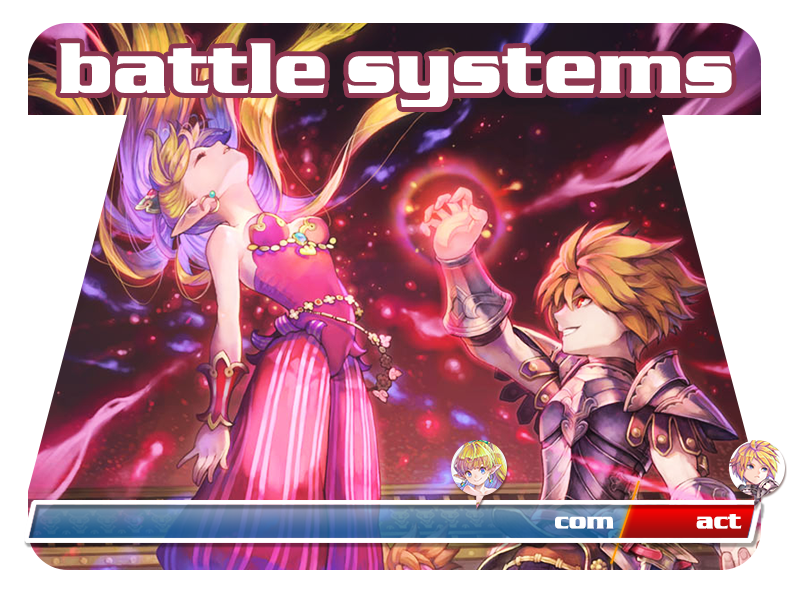 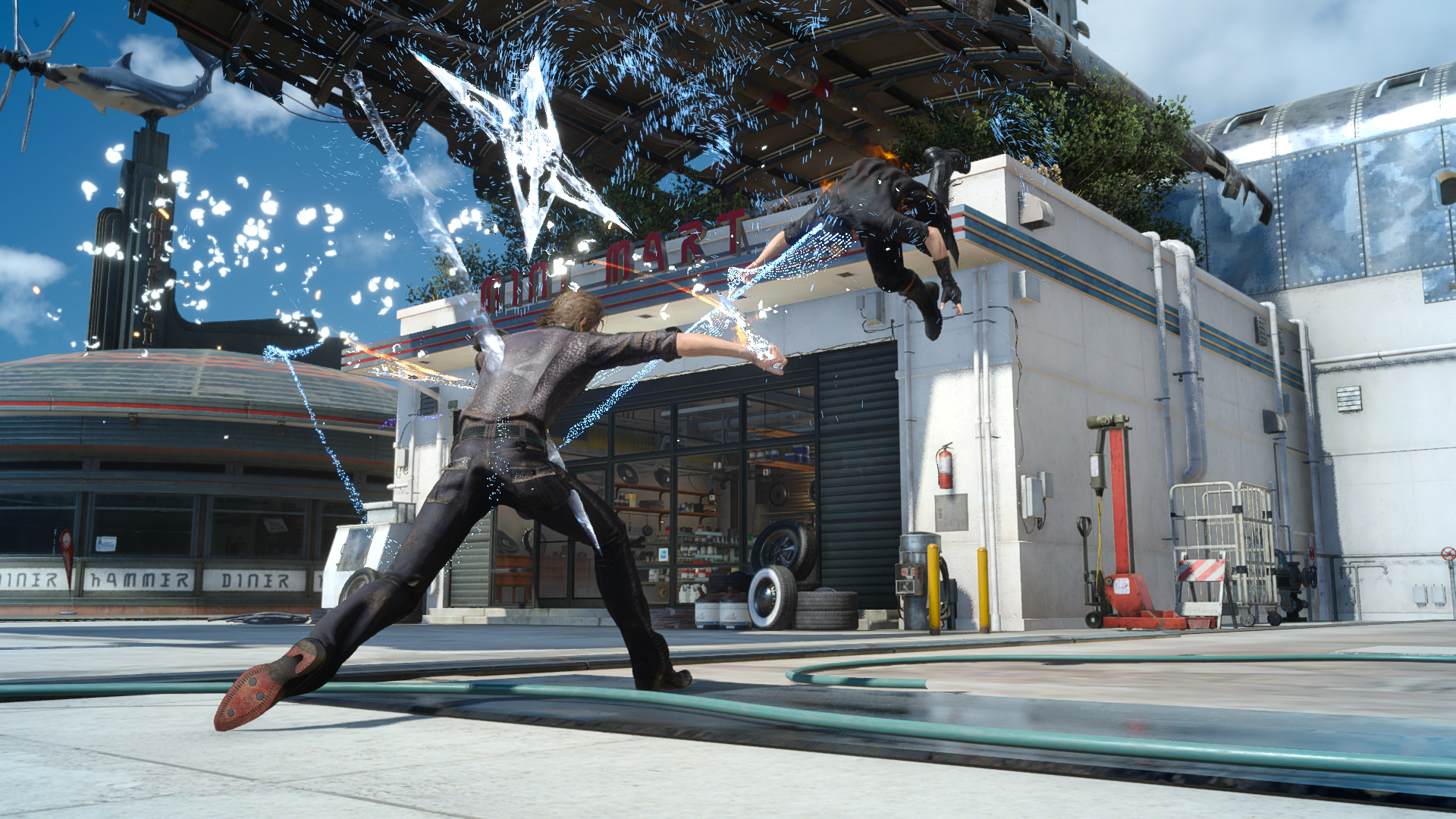 Although most of us love to be peaceful, a game without any sort of challenge would be boring. And in the case of RPGs, the challenge often comes from riddles and puzzles on the one side and combat on the other side.

Heroes in games often have to fight their way through hordes of monsters and other vile beings to achieve what they strive for - may it be saving someone, saving the world or just to experience adventure.

How battles are fought in RPGs differs from game to game. But there are some similarities between games, and this little report shows you some selected battle systems in greater detail.

If you have something to add or think that something is not correct, please feel free to contact us!

This report was written by DocOwer and Kaoru.

How to meet the enemy

But before we start, let's take a deeper look into where enemies can be encountered in RPGs. Click on the image or here to learn more. There are various ways of how enemies and players can confront each other on the battlefield in such a game, not only depending on the battle system itself.

Action systems. In action RPGs, players directly control their characters. Usually, there is some skill involved in attacking enemies or evading their attacks. In some of the games, even combo systems are part of the gameplay where certain moves can be chained together.

Semi action systems incorporate some parts of action systems, i.e. pressing buttons in the correct timing to execute some moves, whereas other parts of the combat are done like in turn based battle systems.

Turn based systems. This is about the most classic battle system that people usually think about when they're talking about classic RPGs. In these systems, characters were not controlled directly. Before every turn, players chose what their characters should do. Usually the range of moves was attack, defend, use magic, use spell, run away. However, every RPG handled things a bit different.

After players assigned an action to every character, the battle was played for one turn before a new set of actions had to be defined.

MMO style systems. In "Massive Multiplayer Online" RPGs, battles had to be a bit different. Since there was no possibility to interrupt the game, battles were designed to be more dynamic. And since repeating the same attack over and over again can be weary, especially in long sessions with friends, auto attacks were introduced where the character automatically performs a weak attack as soon as a fight takes place.

Every battle system has a little rating added to them. This is not a rating about the game in general, but solely of the battle system. It is divided into three aspects.

Fun defines how fun it is to battle enemies and throw your swords against those evil fiends. If you have a RPG with countless random encounters that are still fun to fight and don't get boring or annoying, the battle system gets a high "fun" rating.

Complexity defines how much things players have to bear in mind while fighting battles. Things get more complex if there are more modes or menus within the fight system or if parameters from outside the battles have to be considered. More things to think about gives a higher rating. If this is a good or bad thing, is up to you!