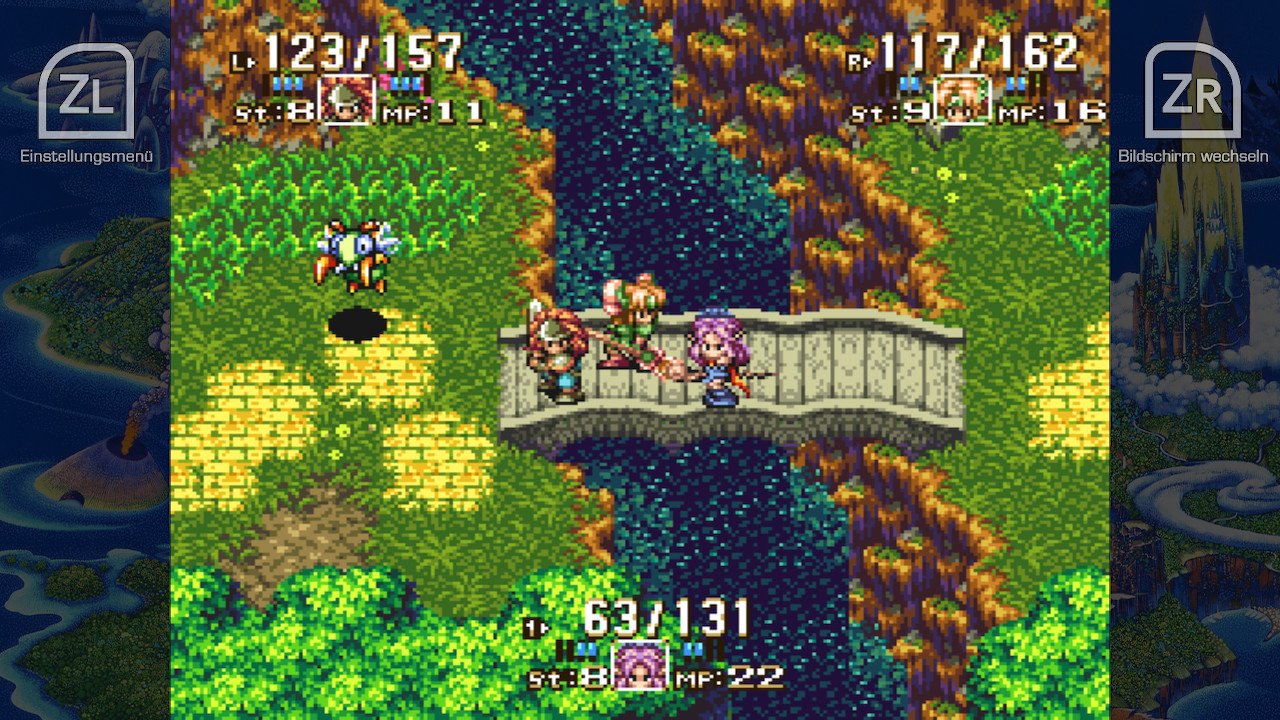 Many people have a high opinion of Secret of Mana, and for many, it was the first action RPG after The Legend of Zelda: A Link To The Past. But sadly, the successor of this game, named "Seiken Densetsu 3", was not released outside of Japan for a very long time. If they had the chance to play it, maybe in late 1996, they would have been surprised.

Where Secret of Mana still was some kind of action game, the battle system in Trials of Mana is strangely slow. As soon as there's an enemy encounter, the movement speed of the characters drops drastically, and players can attack using the assigned button for that action or cast a magic spell by opening up the ring menu.

When characters are in close proximity of enemies and the attack button is pressed, the timing and effect of the button is not determined by the skill of players, but rather just by an internal combat engine that defines if a hit has taken place or not.

After 4 successful hits, a special attack can be performed which will cause bigger damage. In later character classes, there will be additional specials available after 6 or 8 regular attacks.

Accessing the ring menu to cast magic or use items will pause the action, but while the character casts their spell, they can be subject to enemy attacks.

Since there is a party of up to three characters in Trials of Mana, players can also choose some actions for the party members that are usually controlled using the AI. So it is possible to bring up a party member's ring menu to cast a magic spell in their name, for instance healing magic while the player plays an offensive character.

There is a famous glitch where players can shorten the time a character requires to cast a spell by just bringing up another party member's ring menu while the spell of the player character is being cast. This will interrupt the battle and the spell will be cast immediately after the other ring menu is closed, basically blocking enemies from attacking the player.

All of the action during battle is determined by stats and values, and not necessarily player skill. That's also true for the frequency of attacks and hits - so in the end, the battle system of Trials of Mana rather resembles the classic ATB system, just that players now control characters directly.