Well, the subtitle of thie review is a little misleading. I didn't acutally write this review in 1994 - although an english review written by a thirteen year old would have ben fun to read, that for sure. The first time I played Secret of Mana was indeed in 1994, since I got that game for Christmas back then. The game was impressive back then, and talks and discussions about Secret of Mana were strong in the ongoing months during break times in school.

The backstory of Secret of Mana was, however, not so nice. Squaresoft wanted to create the next big thing for Nintendo's Super Nintendo CD addon, but was only granted a smaller cartridge size when the game was eventually created. Secret of Mana was planned to have a impressive action combat system, time travel and much more. But since Nintendo controlled which games should get which cartridges, Square had to ditch the whole project and shrink it down to what it eventually was. 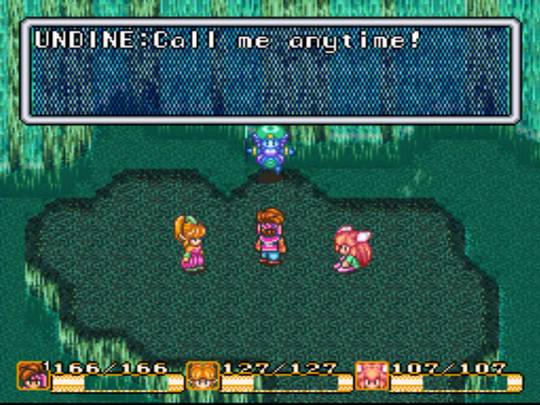 Secret of Mana was, at least for us in Europe here, a magical experience. Every holiday season, Nintendo published a bigger RPG or action adventure. Eventually, these games were referred to as "christmas hits" here. Many players saw the title screen of Secret of Mana right after they unwrapped it from under the christmas tree. Like myself, many of the gamers were still young back then and they were engulfed in the story of Randi, the hero that accidentally pulled the sword of mana out of its socket and caused an ancient seal to break, letting loose hordes of monsters on the innocent people of this world. Of course, it was not pure chance that Randi pulled out the sword, and soon he and his two friends that he joins up with will fight a powerful, evil empire. 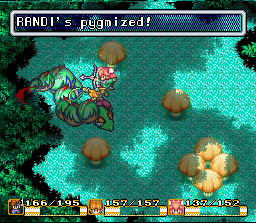 The story is full of cliché and full of holes and stereotypical characters. Still, this game has lots of heart and likeable characters. The translation suffers from the japanese original, some story parts have been changed to avoid controversies. Within the western world, there was an especially remarkable German translation that established some insider jokes and was overall well written, but strayed even more from the japanese original. 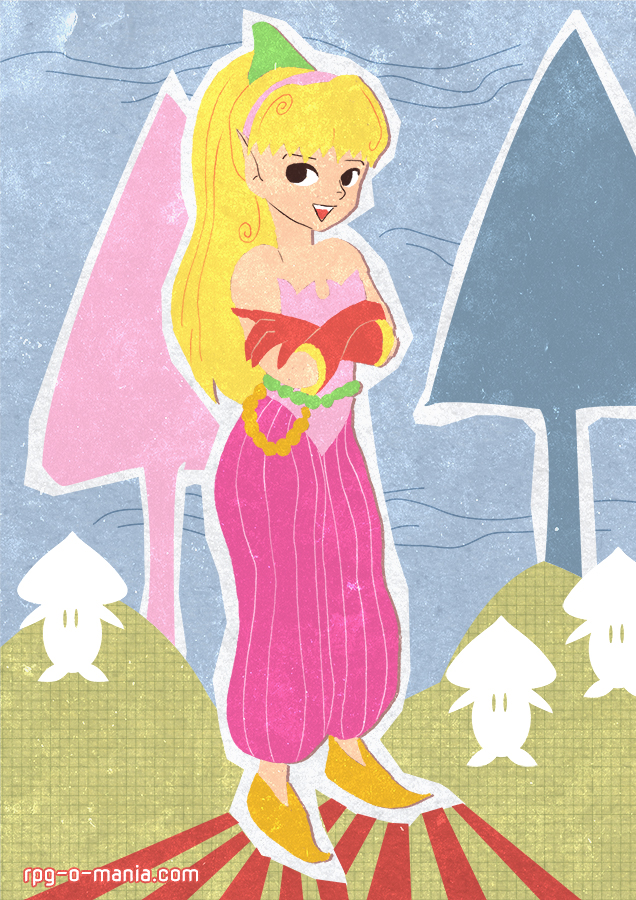 Players could team up with two friends and play as a party of three in one screen. However, as good as playing with friends was, the gameplay was easily interrupted. Whenever a player opened a menu, the whole gameplay was paused for every other player. Secret of Mana presented itself as a action RPG, even if it included some gameplay mechanics from other Squaresoft RPGs - like a certain waiting time between moves. Also, hitting a monster wasn't really determined by stance and attacking angle, but rather by numbers and stats. In the beginning of the game, bosses are challenging (especially that tiger), but later in the game it's basically just magic spamming.

Character customization is basically nonexistant, since every character has their predefined roles (Prim - healer, Sprite - attack magic, Randi - weapon wielder). Everyone can wield every weapon, though.

Really ageless and impressive is the music by Hiroki Kikuta. It's one of the landmarks of gaming history and still great to this very day. Only rarely, music gets covered this often and has such a big impact on future games and composers. Although the history of Mr. Kikuta itself is a bit tragic since after two Mana games, he left Square, tried to create his own games, failed, and is since then only rarely to be heard in modern games.

Visuals are also pleasing, consisting of nicely hand drawn sprites and landscapes, although later games like its successor Seiken Densetsu 3 proved how much more beautiful games can be. The monster designs are very quirky and nice to look at.

Giving a classic to Secret of Mana was difficult, since it is an old, somewhat flawed game. But it is an iconic game that inspired so many modern games. Playing Secret of Mana is a wholesome experience, with great music and pleasing visuals. It's an ageless game that you can play on many modern platforms.

You are here: main page / reviews / secret of mana