The Legend of Zelda - A Link to the Past

A Link to the past

I bought my very own games console back in September of 1992, and it was my trusty Super Nintendo Entertainment System. That console cost me 329 German Marks at the time, which translates to roughly 364€ or 400$ in today's money. I sold all of my NES games and my NES as well - which left me with only the new SNES and Super Mario World at the beginning.

But for christmas, my parents bought me the game that is being reviewed here - "The Legend of Zelda - A Link to the Past". And this game was very special, as it was one of the first games in German language on a video game console. 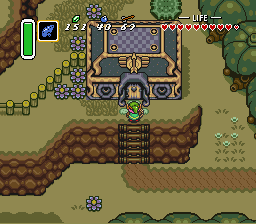 Being just eleven years old, I was not really experienced with that kind of game and so it took me three months to finally beat the third game in the Legend of Zelda series. But what a blast it was.

Some friends and I talked about the game the whole time - we discussed about possible secrets and cheats, we tricked each other into doing insane stuff just because "we really experienced something by accident!" and tried to find out where all the heart pieces were located.

Oh my, describing Zelda III in a review is quite a task - so many of you played this game already. But I try to do my best to keep it short, but yet informative enough. 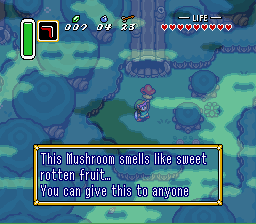 The Legend of Zelda - A Link to the Past is the third major installment in this series and it was the first game that was released on the Super Famicom / Super NES console. Zelda is an action adventure game where players control Link, the main protagonist who roams around two big overworld maps and traverses dungeons in search of amulets or even kidnapped sages. Link is controlled directly, can move in eight directions, swing his sword around or use one of the items he can find in the world or in dungeons.

Dungeons are usually the icing on the cake in Zelda games, and this one is no exception. Although some of them are rather short viewed from today's standards, they are cleverly designed and offer a interesting experience that goes beyond "move from room to room" - often, rooms have to be revistied and puzzles have to be solved. Special items are obtained in these dungeons which usually open up more paths in that dungeon and later on, in the overworld. 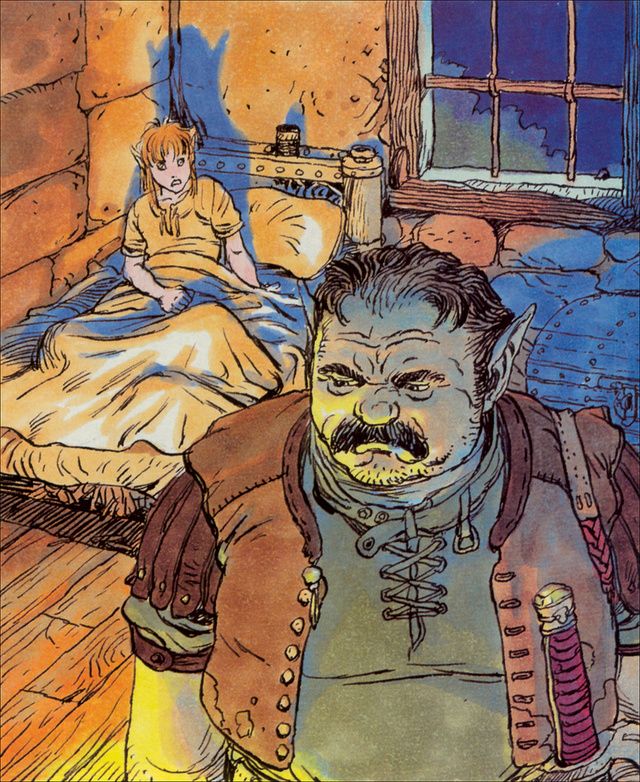 So you see, even if this game is not a typical RPG per se and rather an action adventure, I've got a sweet spot for it as it sparked my interest in fantasy themed games from a top down perspective which made me try out our favorite genre later on. Link obtains more hearts by defeating bosses, and also has to search for heart pieces. For every four heart pieces, Link gains an additional heart.

Enemies drop no experience points and there is no way to level up Link, so it's all about the skill of the players to find new equipment and life for the green robed hero.

The game gives players freedom to explore the world, and even if Hyrule is not so big, there is still lots of stuff to discover and lots of secrets to unfold. In the second half of the game, Link can move between Hyrule and the "Dark World", a twisted twin of Hyrule that is a tad more difficult. 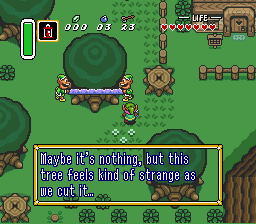 The Golden Land, a mysterios place of legends, is said to change according to the person's heart who lays their fingers on the legendary triforce. Ganondorf, an evil thief, was able to do this and turned the Golden Land into the Dark World. Yet, he lusted to have control over the real world and Hyrule, so he thought about ways to do so, as he was trapped in his newly created realm.

He found out ways be abducting the descendents of seven sages, so that he could use their powers to create a link between worlds (pun intended). Only the hero of the legend can stop him - which is Link, after his uncle tried to be that hero and was severly wounded.

The music, created by Koji Kondo, does not only offer some of the most legendary tunes in videogame history (Dark World) but also some of the tunes that come up in almost every Zelda game since then (Kakariko Theme, Zelda's Lullaby...). It is said to have been orchestrated and then resampled to be played in this tiny 1 MB cartridge.

The game can be played nowadays in the Nintendo Switch SNES online library. There was also a version released for the Nintendo GameBoy Advance, which offered some slight changes in the audiovisual department. But it's all the same game.

Even almost thirty years after its initial release, this game can be played and enjoyed just as a modern game. The controls are tight, the sountrack is great, visuals are pleasing and the dungeons are cleverly designed.

There is not much you could critizise even today. The game would be too short for today, but this is the only negative aspect I could make out. Sure, there are some annoying moments in some of the later dungeons, but it's not unplayable at all and not more annoying that any modern game could be.

You are here: main page / reviews / zelda a link to the past