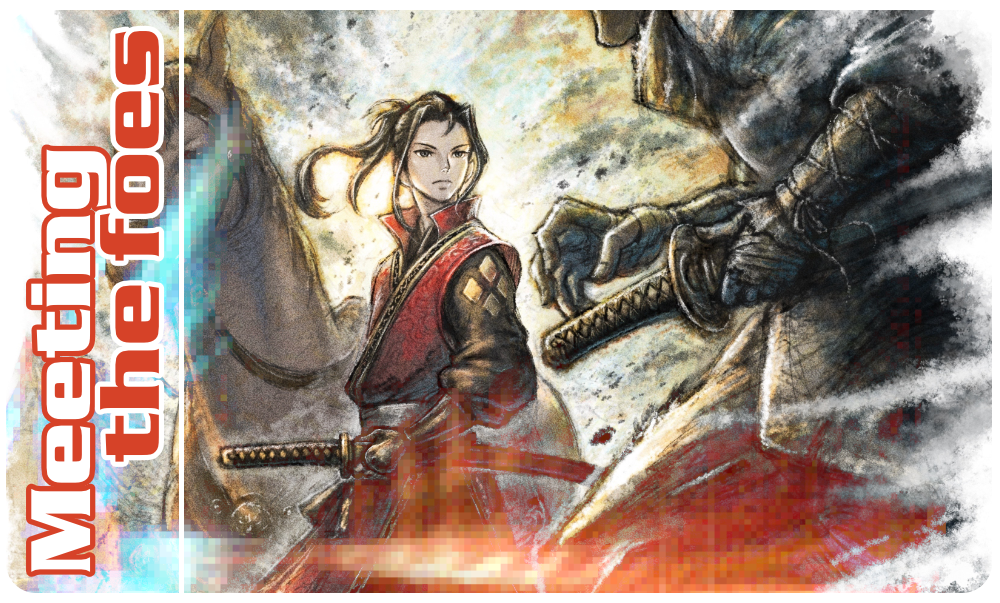 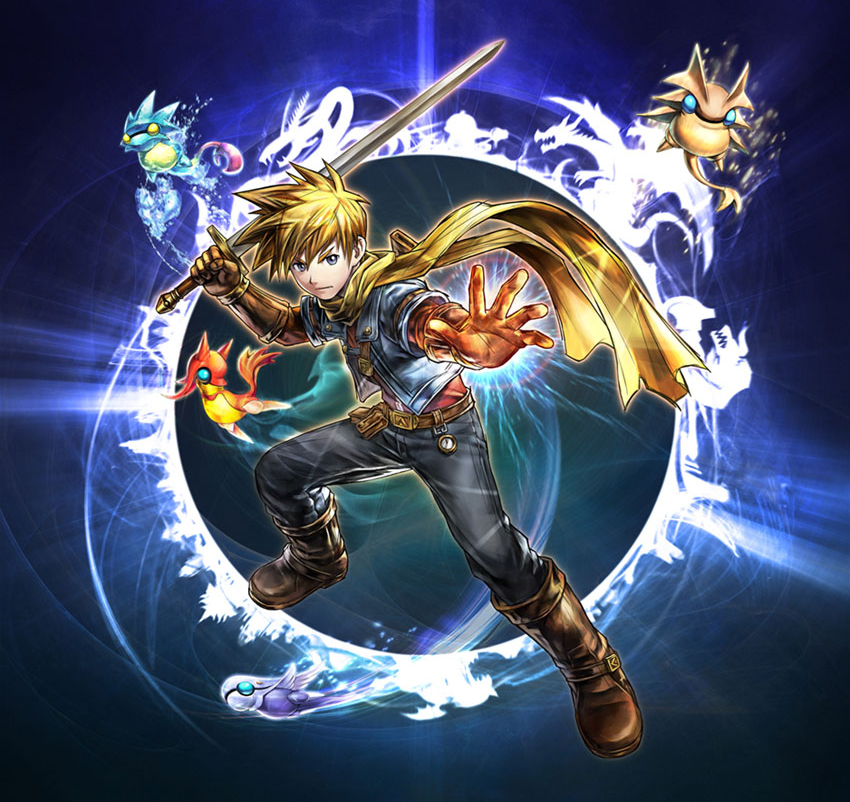 Depending on the battle system, the way that players clash with enemies are different in presentation and style. Sometimes, enemies are encountered randomly after a certain amount of steps have been walked. Sometimes, there are representations of monsters roaming around the lands and upon contact, a battle in a spearate room will take place, and sometimes, monsters just run around in the overworld waiting to be slain.

The style of how players and enemies get in touch with each other is not necessarily tied to the battle type. Let's take a deeper look into that, shall we? 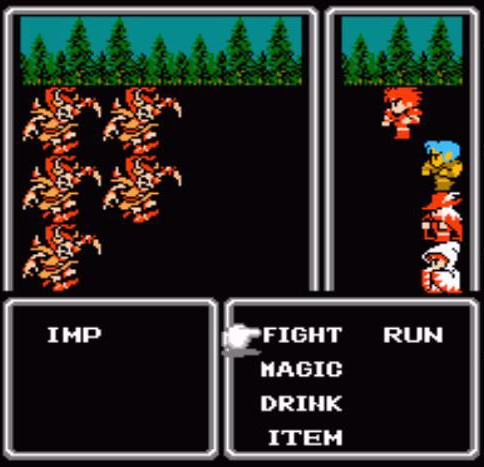 Ever since Final Fantasy and Dragon Quest basically started the genre of japanese RPGs, this form of encounter has been very popular, even if said popularity is declining in the past few years. As players walked around the overworld or dungeons for any random number of steps, a jingle or short animation appeared and then the battle was fought in a separate combat scren.

This form of getting into combat was popular, especially with the Final Fantasy series up until Final Fantasy XII, when the game changed to fighting monsters directly on the overworld or in dungeons.

During the PlayStation 1 and PlayStation 2 era of JRPGs, the transitions became more and more sophisticated, with the current image being rotated, swirled and shattered just before the battle.

However, some players didn't like this style of getting into combat. Without the help of item or spells, there is no escaping the enemies if players are in a "random battle" area. Especially with high random enocunter rates, things can be pretty confusing as these battles are disturbing the gameplay flow quite a lot. 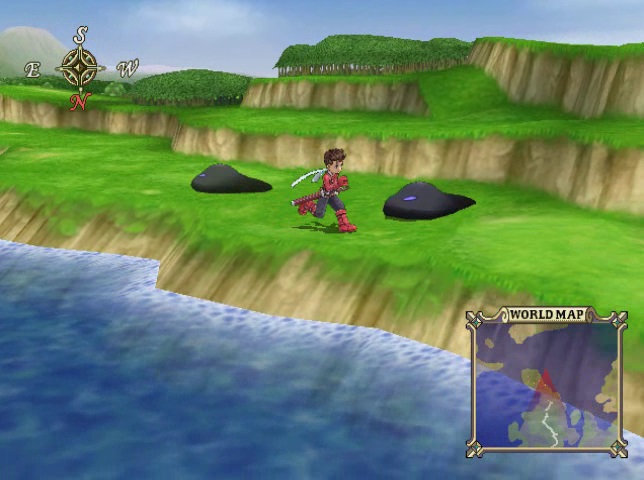 A way of avoiding random battles is to have monster representations roam around the area. Usually, when players touch one of the monsters, a separate battle starts with a party of foes where the monster on the map is a part of.

In Mystic Quest Legend, the monsters were static on the map, in Lufia, the monsters moved only when players moved their characters. In most of the Lunar and other Game Arts games, representations really chase down players - it's basically impossible to avoid them, which makes these games encounters almost like random encounters.

In Grandia, touching an enemy representation from the back, it gives the players an advantage in the turn order. The same works for Valkyrie Profile or "Tales of" games, but in those games, players have to hit the representations with certain items. 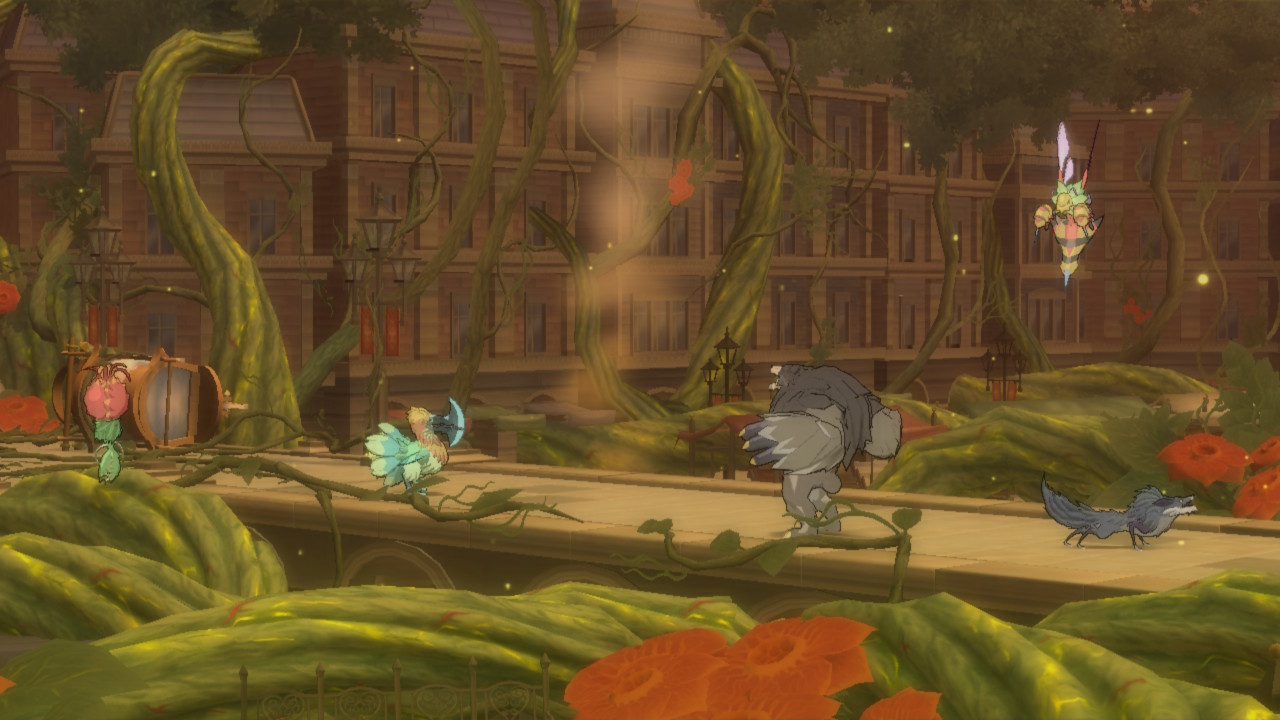 Earlier games in the "Tales of" series used just blobs as a representation, black goo with eyes that turned out to be monsters when the battle started. Nowadays, the enemies look the same as they do in the battles. 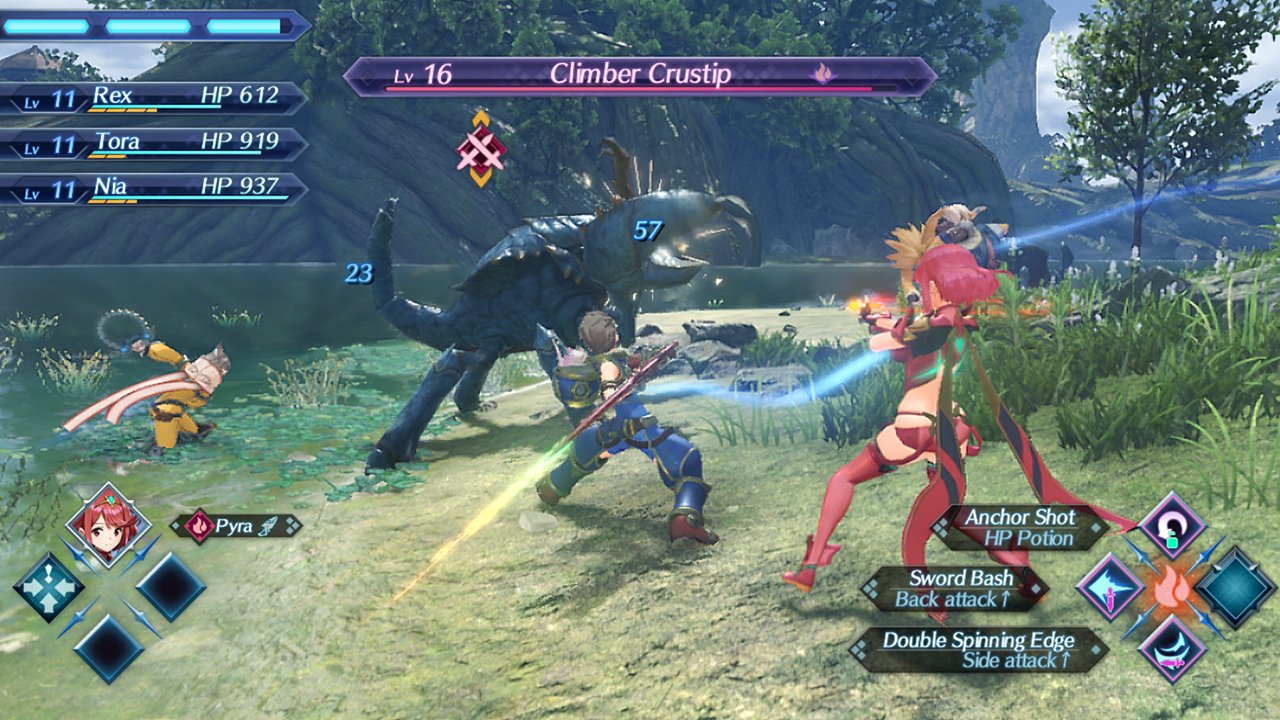 Many modern RPGs fight the enemies as they appear on the world map. Players see the enemies, can attack them, and a battle commences. This form of combat was first established in western RPGs and MMO, but later on japanese RPGs also adapted this style.

One of the first really famous games with that kind of battles and monster behaviour was Final Fantasy XII, where the battles even were semi turn based (technically), and it caused lots of uproar back then that the battles changed so much. No more random battles, no more fancy transitions, no more separate battle screens.

Currently famous for this stlye of battles is the Xenoblade Chronicles series, where monsters of various levels roam around freely. On top of that, even higher level monsters are present everywhere, so it's an additional challenge to only fight the monsters that are the players' level range. 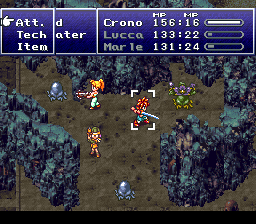 There are various games that aren't really part of one of the aforementioned types of how enemies and players meet each other in games. One is the famous Chrono Trigger that has sort-of random battles, but the enemies appear on the screen right where players walk around, so there's no dedicated battle screen.

The dungeon crawler Shining The Holy Ark did something similar, where the enemies just appeared around corners, or jumped the party from behind. Technically, it was random battles at work here, but it didn't feel that way.

Trials of Mana slowed down movement enormously when players encountered enemies that were placed in the dungeons and the overworld, and when a group of enemies was defeated, the game displayed a "victory!" message, so it was kind of its own battle screen whenever an encounter occured. 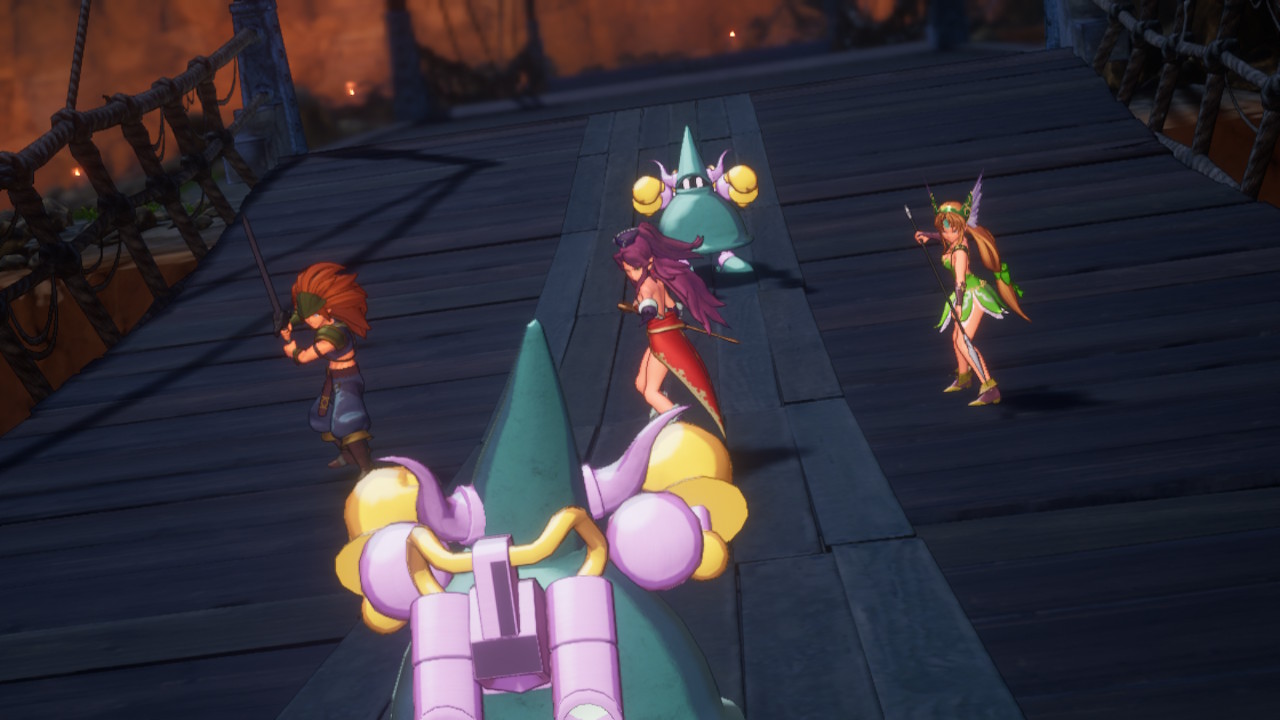 The Trials of Mana remake also had enemies running around, but encased the party in a "battle zone", where the combat took place. Players could also run away by leaving the battle zone.