Lunar is one of the most fantastic jounreys you will ever take on. After the release of the Playstation version, there were more fans in US than in Japan. For a japanese RPG an amazing feat. Not many other japanese RPGs have such a story to tell - on the contrary, often enough there are more games of a series released in Japan than elsewhere.

The Silver Star started a cult classic series in LUNAR on Segas Mega CD. The story sets young Alex, who lives in the sleepy secluded mountain town of Burg , visiting Dyne's monument, a monument to Alex's hero and the last dragonmaster. When his friend tells him of a dragon diamond in the nearby White Dragon's Cave, Alex, his minidragon Nall and his girlfriend Luna go to the cave, not realizing just how big of an adventure is really in store for them.

It is quite different from the music and general atmosphere of later Lunar games. Especially the soundtrack differs greatly to what many know from other Lunar games.

Eternal Blue plays 1000 years after Silver Star. The game follows Lucia on her quest to find the goddess Althena. Graphics and music have improved in comparison to its direct predecessor, but the gameplay remains mostly the same.

Other than Silver Star, this game already quite feels like the later remakes, even the soundtrack remains almost the same. It takes advantage of the CD storage with CD music and hand drawn cutscenes.

After Eternal Blue, Game Artsreleased Walking School . It's a side quest that plays 300 years before Silver Star. It has never been released in Europe or the US. It has a more light hearted side and it's not as deep in story as the other games. It tells the story of Elie, Rena and Senia, three girls recruited for the Magic School of Ien which is located on a floating island.

This was the only mobile Lunar game for quite some time.

Silver Star Story is a remake from Silver Star. The graphics where enhanced and the Anime cutscenes where totally redrawn. The Anime in this Game is amazingly beautiful. The PlayStation version later came out in the US in a beautiful limited edition that included extras like a leather bound manual, soundtrack, "making of" and a map. Even today one of the best sold games from Working Designs.

Sadly, Working Designs is no more, but its legacy of converting Lunar games will prevail.

It's a remake of the second game for the Sega Saturn and the Playstation. It covers the same story like the original, almost the same soundtrack, and an overhauled combat system. The cutscenes have been redrawn as well. It's one of the best games out there.

For the western release, Working Designs created some extras like the pendant from Lucia, leather bound Manual, Soundtrack etc, which are amazing.

This is a remake from Walking School, and again the story is about a magic school on a floating island. Like the other games, it got enhanced with new graphics, sound and Anime cutscenes. Released in Japan only. In comparison to the other remakes it has a widely redone storyline so that it only roughly resembles its original.

So this time there's no Working Designs release, and no PlayStation release as well. Magic School was only released on the Sega Saturn.

Legend is a remake from Silver Star Story. So it is a remake from a remake. Without the aide of voice acting or full motion video anime scenes, this game uses very well drawn 2D sprites to tell its story. It's still a classic in every sense, and is one of the best RPG the Game Boy has to offer, even with the poor sound quality!

This remake did lots of things different than Silver Star Story. It changed some aspects of the game, added story bits while removing others. It's also easy for a Lunar game. Great for getting into the series. 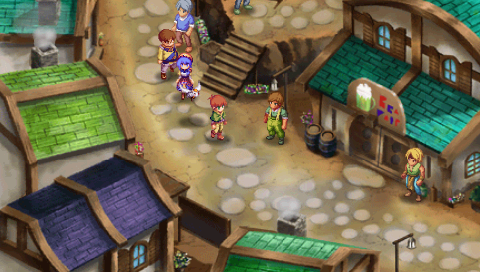 Another remake of Silver Star, this time released for Sonys Playstation Portable console. The story is now again roughly the same as in Silver Star Story, but this time the graphics are completely redrawn and the soundtrack has been overhauled. Overall, it's the same story retold, again.

The western release of this game was done by XSeed games, another company that became famous for releasing japanese fringe titles and RPGs for a western audience. 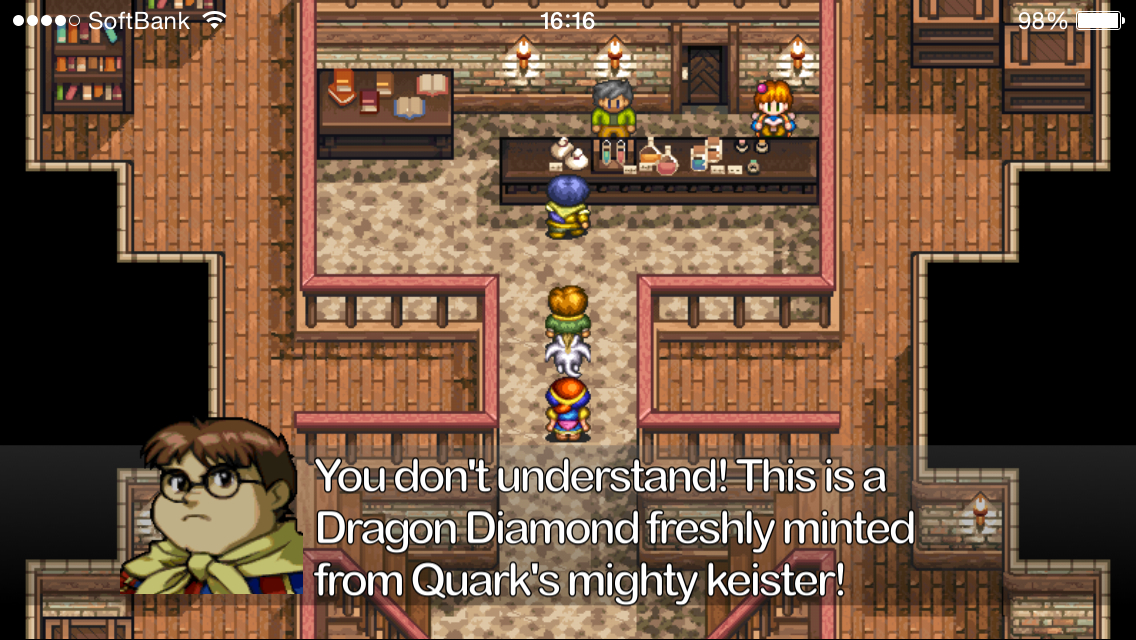 Again a remake of Silver Star Story. This time, the game is released for popular mobile platforms (and optimized for phones, tablets not so much). The new graphics from Silver Star Harmony have been ditched for the original Saturn / PlayStation look, but now it's a wide screen game.

This was the last what we heard from the Lunar series. It was again a remake from the Silver Star game, which slowly led the series to a halt. A new Lunar game is still to be awaited.

There was supposed to be another game!

No. We don't talk about Dragon Song.