The beloved Shining Force games are part of a greater series. The games of the "Shining" series were all RPGs, but varied all a little.

The first game was called Shining In The Darkness and it was a 3D dungeon crawler game on the Mega Drive. It had nice hand drawn visuals, a huge dungeon to explore and a lively town where players could talk with various people that changes depending on the progress of the story.

The successors of Shining In The Darkness were the Shining Force games, and the initial concept of a first person dungeon crawler RPG was lost for some time.

Until six years later, Shining The Holy Ark was released.

This game is a direct successor to "In The Darkness", albeit much more modern. But let's give you an overview first. 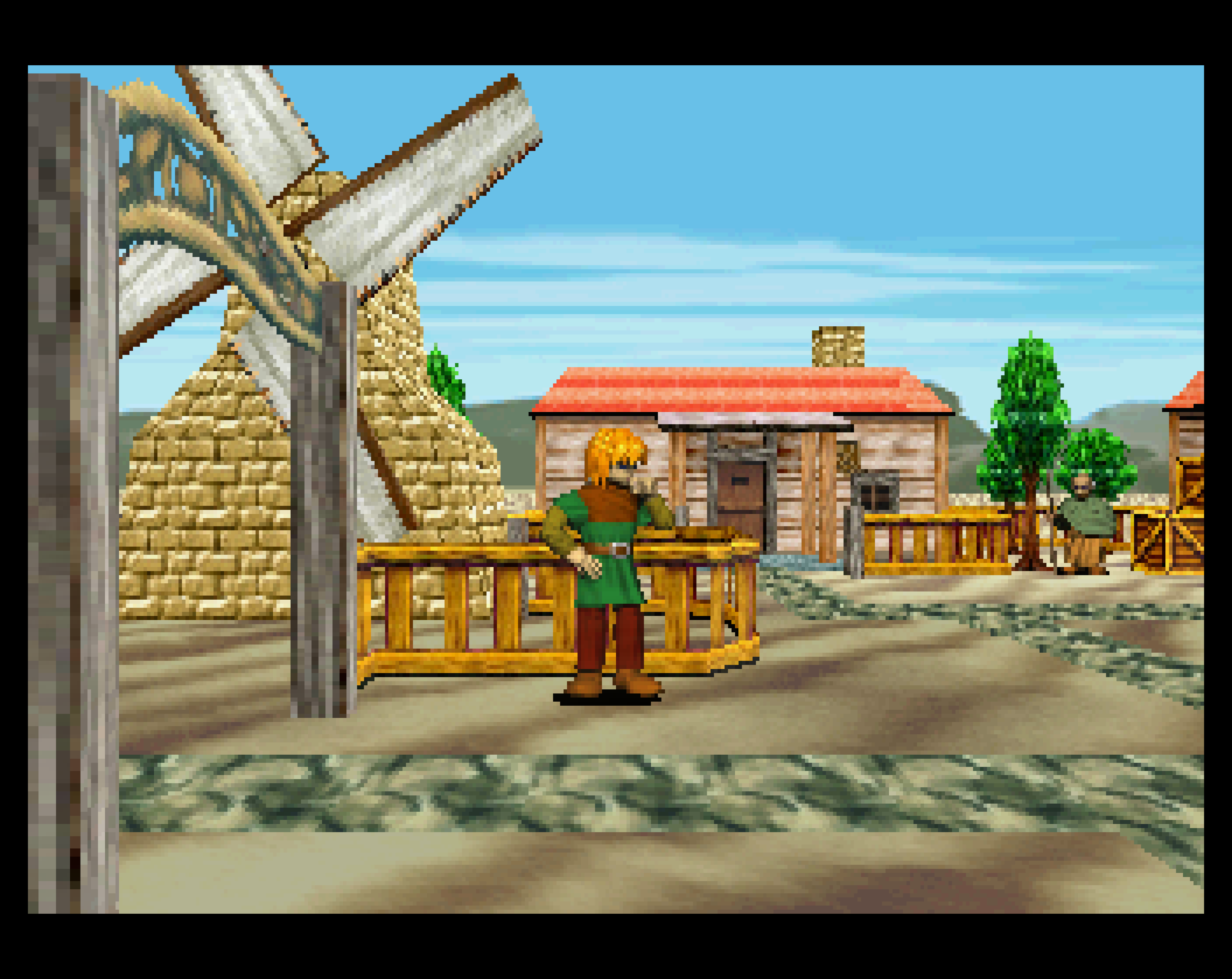 Players control Arthur, a mercenary who was hired by the King of Enrich to track down a ninja called Rodi. Together with two other Mercenaries, Melody and Forte, he went into a mine to capture Rodi. When they finally faced Rodi, something crashed into the mine and caused it to collapse. The four died, but were saved by mythical beings who seemed to be in the ship that crashed into the mine.

Three of the spirits were good hearted, and one was apparently evil, taking Forte with them.

And so, the story began. Rodi, Melody and Arthur had to find Forte, find out what happened and in the end had to stop powerful beings from the past from resurrecting their kingdom.

The story was perceived to be aimed at a more grown up audience than the predecessing games.

The whole scenery and atmosphere is a bit darker than in the "Force" games or "In The Darkness". Although the visuals, especially the monster designs, can still be pretty colorful. 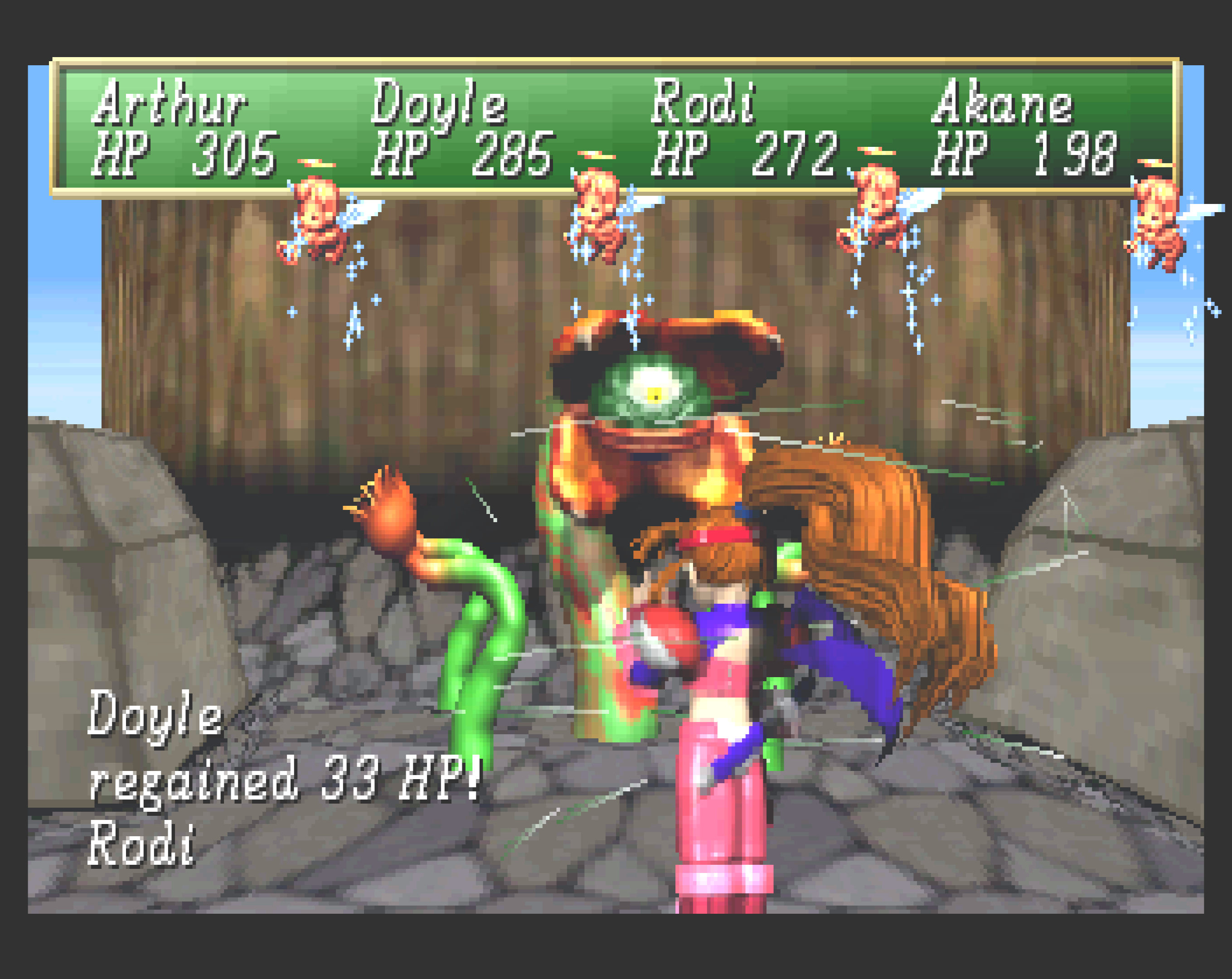 Being a first person game on a 32 bit console, the game is presented in polygons. This means the whole environment is rendered in 3D, but movement is still tile based, even in towns. The rendering distance is very low and the frame rate tries to keep up between 25 and 30 FPS.

Characters and enemies are sprites, done in a pre rendered fashion not unlike the then famous Donkey Kong Country games. These 3D rendered sprites fit pretty well into the polygonal environment and don't look flat at all. They look a bit plastic-y, though.

Music has been done by Mr Motoi Sakuraba, which was one of his first 32 bit works, just next to Beyond the Beyond on the Sony Playstation conesole.

Battles are strictly turn based, and other than attack, use magic, items or run away, there are no other options during battle. 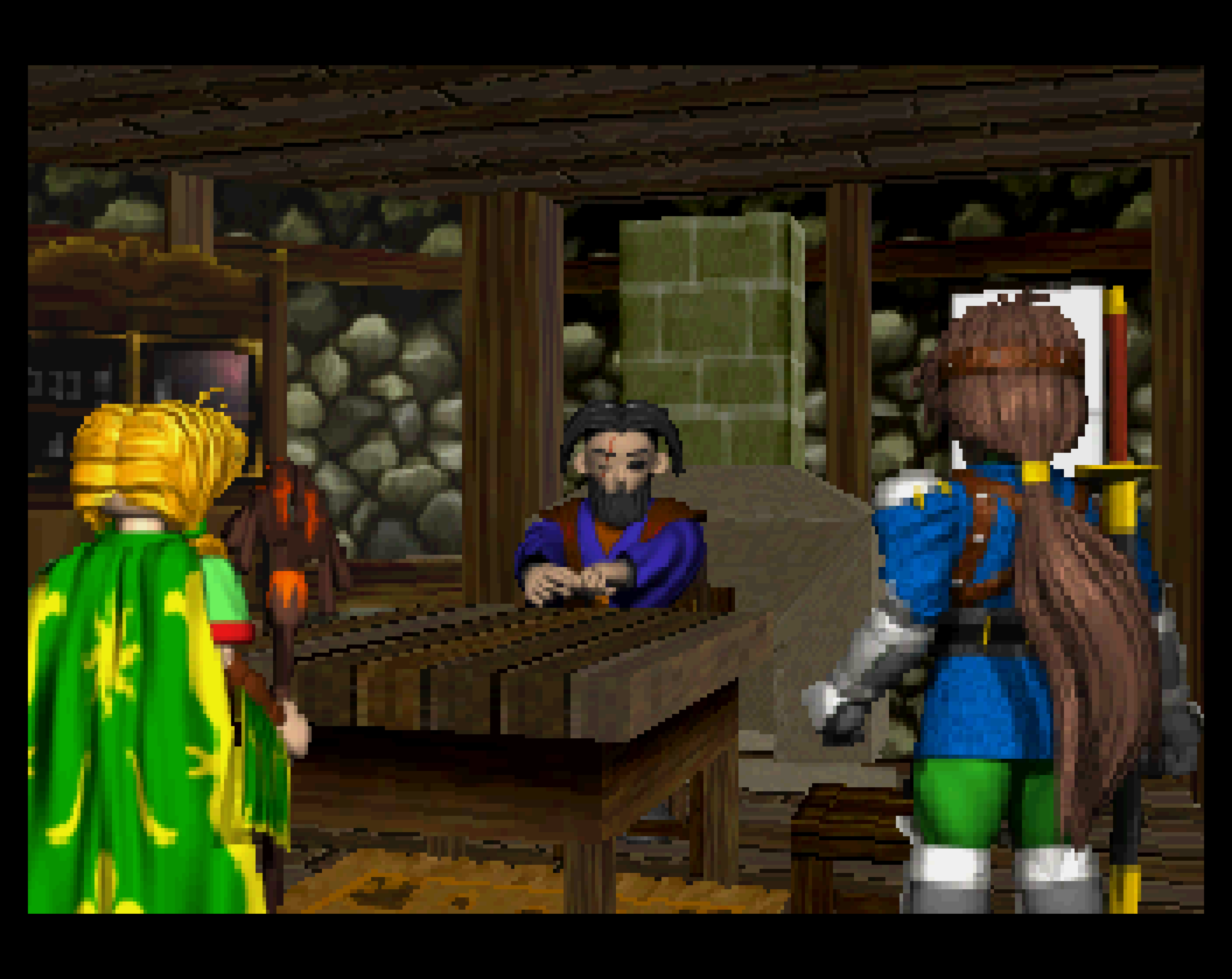 Enemy encounters are random, but the enemies always appear from certain directions. Arthur can befriend "pixies", little creatures that can attack enemies at the beginning of the battle. There are different types of pixies that can attack monsters that appear from the sides, from behind, from above and so on. If the right pixie is selected before the "enemy appearance" animation is finished, they can attack quite profoundly.

Pixies are hidden, though, so players have to look for them in some quite unusual places.

The whole interface is inspired by the classic "Shining" look - easy to access menus, italic font. The game looks and feels like a "Shining" game. But not only that. 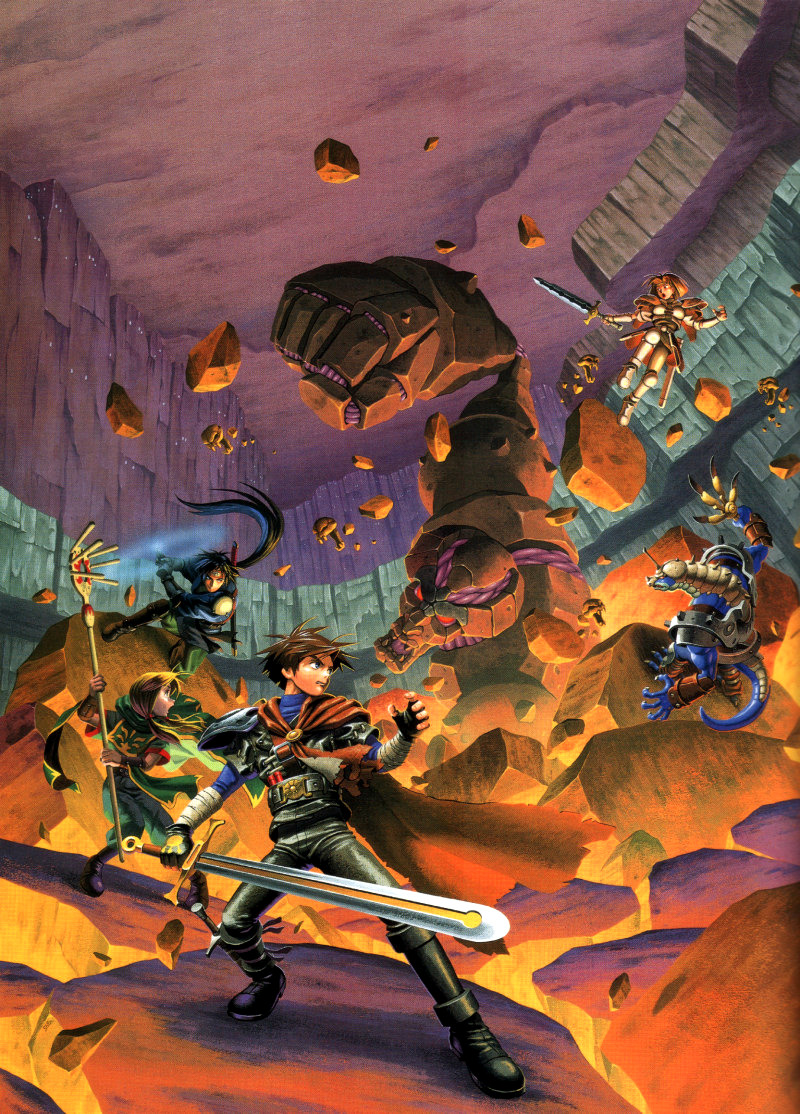 The game was well received in gaming media. The visuals were praised, as was the swift and uncomplicated gameplay and its memorable soundtrack.

But there was more to it. Shining The Holy Ark was the one first games where a company called "Camelot" was named in the credits. The game itself was still officially being developed by "Sonic Software Planning", but the company behind it was already on the verge of becoming "Camelot Software Planning".

And that company, later created the famous three part "Shining Force III" game before quitting to work together with Sega. They created the famous "Golden Sun" games (where the battles have a striking resemblence to Shining The Holy Ark).

So this game is famously tied to the old "Shining" games as well as to "Golden Sun".

Also, Shining The Holy Ark sets the story of "Shining Force III" in motion, which plays 10 years after "Holy Ark".

The game took me about 37 hours to finish with 78% of items collected. I was a bit low leveled for the final boss battle, so give or take two hours for your enjoyment

I own Shining The Holy Ark since 1999. And I never tried to finish it until 2022. It was never the games' fault, but I just never happened to give it its time. But boy did I enjoy the past weeks playing the game.

Holy Ark still looks good thanks to the sprites, it sounds good, has a great atmosphere and a very balanced gameplay. It's not too easy, not too hard (well, except the last boss, he's a meanie), has various spots where leveling is easy but keeps the random encounter rate low so that exploring doesn't get too annoying.

Finding the pixies is fun, talking to people in the four towns and of course exploring the dungeons. I wouldn't call Shining The Holy Ark a dungeon crawler since it's not much different from any other RPG aside of the perspective - with its automapping feature, it more feels like a regular RPG.

But in whatever sub genre the game is located, it's a fun one.

The review consists of exactly as many paragraphs (excluding headlines and verdict) as I required turns to kill the final boss.

You are here: main page / reviews / shining the holy ark