Square Enix - Tested on the Nintendo Switch in 2020
This review is about a game I decided not to finish.

I have a very special relationship to Final Fantasy XII. I played it back when it was released up until december 2006, spent about 60 hours with the game, but eventually I just didn't finish it.

I never knew especially why, because I liked the characters, the story, and even the music. So when the HD remaster of Final Fantasy XII was available for a reduced price on the Nintendo eShop, I decided to buy the game and try again.

But first, about the game itself

Final Fantasy XII is the first Final Fantasy game of the main series where famous composer Nobuo Uematsu was not in charge of the soundtrack of the game any more, and it changed many other things as well. There was no battle screen anymore, combat was more action oriented, the party member behaviour was highly customizable (see our report about the games' battle system), and the focus of the story was more laid on the world and world development instead of individual character showcases. 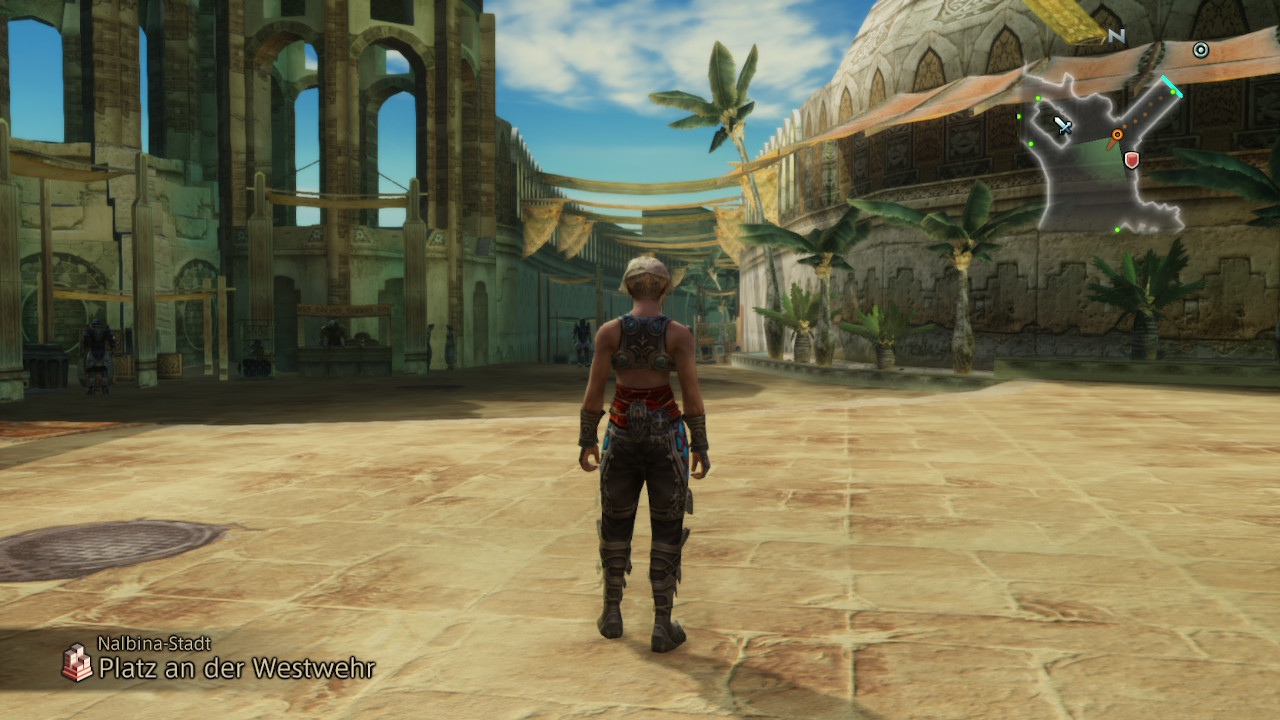 The game plays in Ivalice, and is remotely related to games like "Final Fantasy Tactics" or "Vagrant Story" that share the same world. Players start the game by controlling Vaan, a young boy who lost his parents thanks to a disease, and a few years later his foster parents fell victim to a war where the Archadian Empire conquered Vaan's homeland and hometown of Rabanastre.

Vaan works, along with the daughter of his foster parents, Penelo, for a merchant in Rabanastre who has managed to get along well with the Archadians, while also helping out the resistance movement in secret. Vaan hates the new lords a lot and doesn't miss any opportunity to get in trouble with Arachadian guards. One day he tries to steal some treasure which gets him involved in the struggle of mighty opposing powers, the resistance movement and a sky pirate. 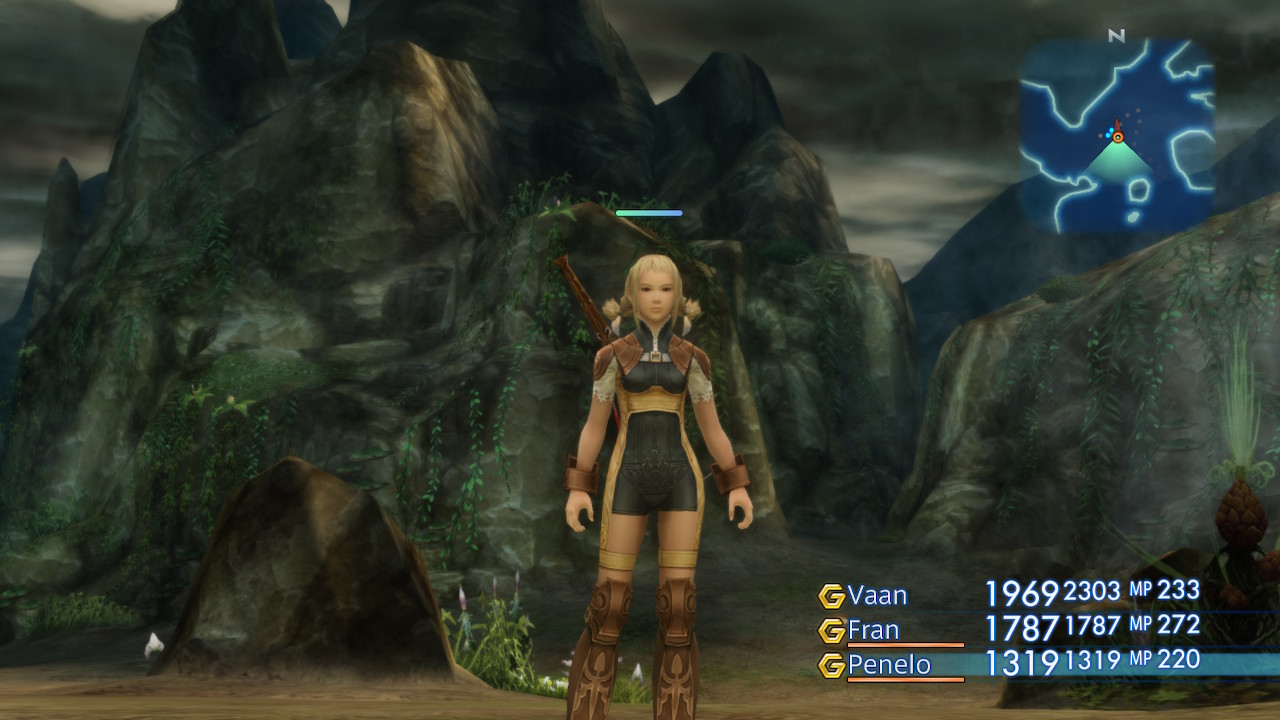 It's an interesting story that heavily focuses on the intrigant behaviour of powerful people that also covers the fate of poorer folk and how they have to deal with war. To be honest, it's not on a Suikoden 2 level of political intrigue, but it's executed pretty well, although at some point the party seems to consist not of individual members but rather is just a group of six people that have the same goal. Many cutscenes are cutout like this: "Party enters room" - "Something happens" - "Party reacts to it".

The visuals were great in 2006 and they are still good in 2020. The overhaul done for the "Zodiac Age" version (which is also available on other platforms like Steam and the PlayStation 4) did not change too much in the visuals - the resolution has been increased, party members have more polygons and visual effects, and the aspect ration of the visuals has been changed to 16:9. I daresay the visuals are better than those of Ys VIII, even if it's just a brushed up old game. 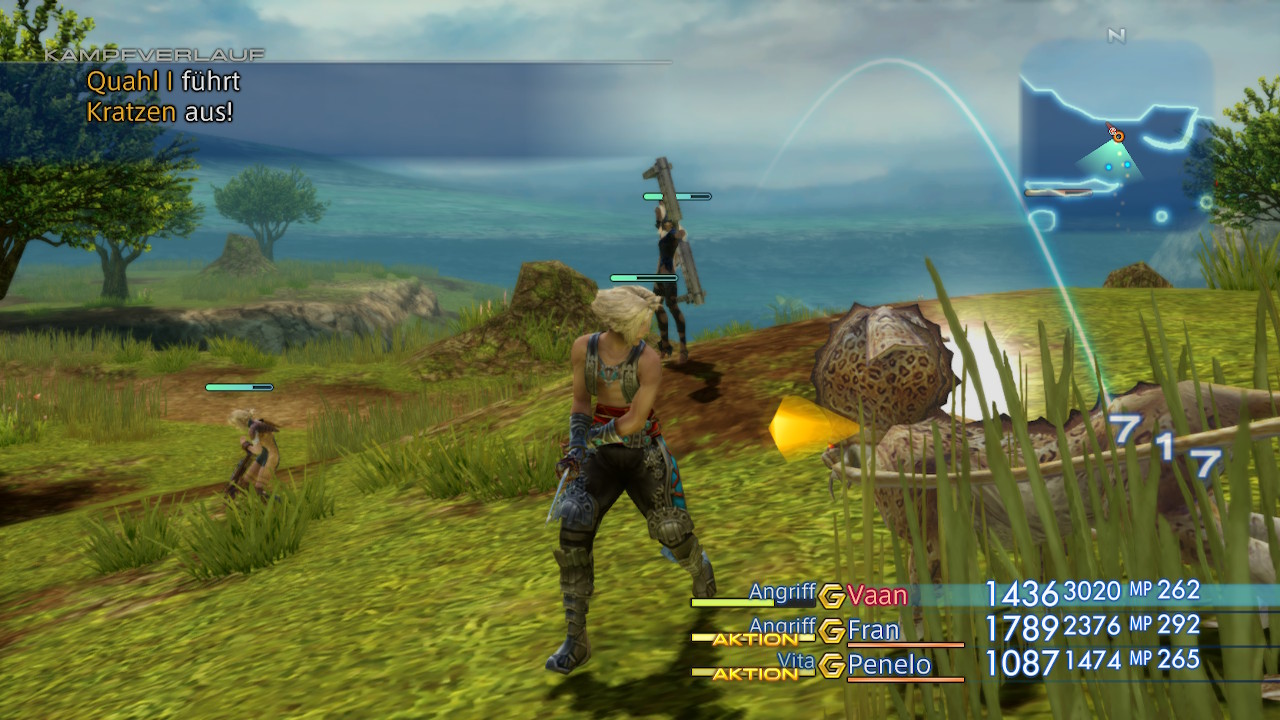 Music is also a strong point of the game. The compositions by Hitoshi Sakimoto have a certain mysterious, classic style to them that just fit this whole world of mystery and intrigues. Yet, they tend to loop to soon which makes the melodies somewhat replaceable. It is nice though that players of the "Zodiac Age" can choose between two different remake soundtracks. The difference between them or even to them original soundtrack are pretty subtle, though.

The combat, as described in our battle systems report, is easy to master and easy to manage. It's a fun little system, but the battles are many, and the difficulty is not very high once you understood how to script your party members. The game offers some monster raids as optional missions, long dungeons and vast lands.

So everything is good?

Why I didn't finish the game

I got bored. Really, really bored. Back in 2006, I thought I was bored with the game because I had a great time living my life as a university student and was focused on other things, but no - for me, Final Fantasy XII is just a plain boring game.

The battle system is fine, but the battles are too frequent, take too long and are not much of a challenge at all, if you don't count in the mean Final Fantasy status changes that are present in most of the series' games. At times, I just wandered around, focusing on the map while browsing stuff on my phone, because the battles fought themselves.

The areas to travel are huge, but they're quite empty aside of monsters, and there's not much else to do than to find treasure chests and fight monsters.

The whole game, although I can see where the developers wanted it to go, feels just bland. There is no character to really like, there's no music track to stand still and listen to for a couple of minutes, there is nothing much to do than to fight monsters and leveling up and setting your own skills takes so incredibly long.

At some point, I thought more about the games that I could play if I finally finished this one than actually enjoying Final Fantasy XII. And this is where I stopped.

This is a game that I'm really fond of, in some way. It did so many things good and there was lots of love put into it, where the team behind the game really thought about how they could make the game and the series fit for the future. It works, to some degree, but in the end they finetuned the game so much that they tuned so much fun out of the game. My friend Sascha quite liked the game and finished it, so it might be just my personal view. It's an unfinished game, after all.