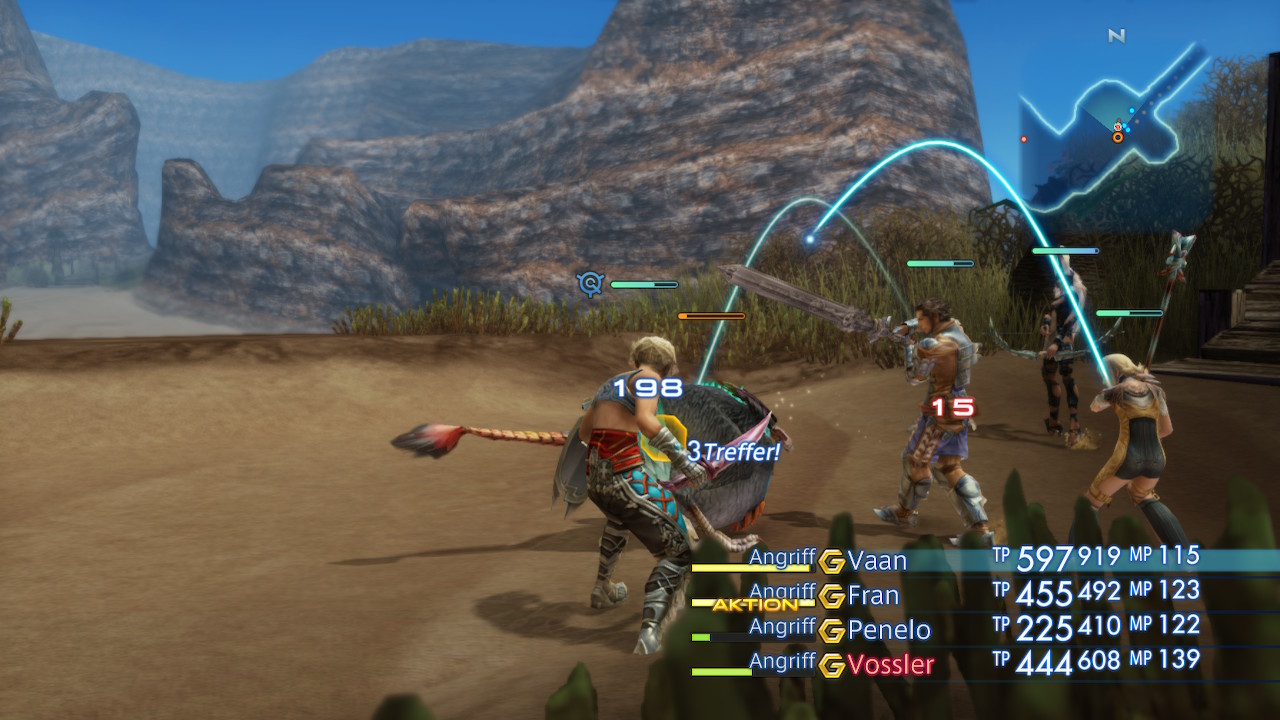 Oh I still remember the days prior to the release of Final Fantasy 12. It was the first major Final Fantasy title without the music of Nobuo Uematsu, and generally things were going to be a little different. The story was more focused on the world and not the characters as much anymore than in previous releases.

Final Fantasy XII's combat is not limited to battle screens anymore, instead, the monsters are fought right where they roam, on the overworld. The party consists of up to three characters (from a roster of six). When an enemy is in sight, it either attacks the party or the party members can be assigned to perform attacks on that monster. This is done by bringing up the battle menu and choosing the appropriate action for each member.

Yet, it doesn't have to be this way. Final Fantasy XII also introduced a so called Gambit system, which let players define certain actions for their characters. It's like programming your characters a little. "Fight enemies, but if a party member has less than 50% HP, heal him, and if an enemy is flying, cast Gravity on them". With that feature, many battles could be fought without the interaction of the player. This led to criticism by some, calling FF XII's system "just auto battles". Others, like RPGamer or RPGFan loved the highly customizable AI.