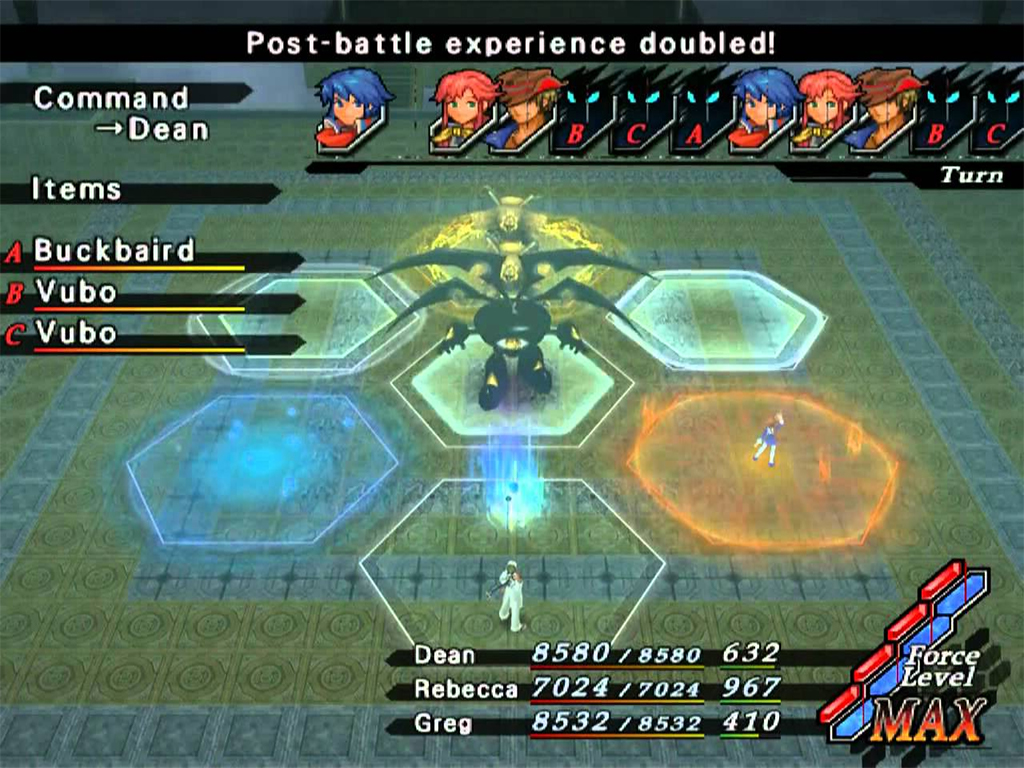 This game has an interesting approach to a turn based battle system. Wild Arms 5 uses roughly the same battle system as its predecessor, but refines it a little. Players control up to three characters in battle, but instead of moving them around freely, characters can only be placed on hexagons. There can be up to three characters in one hexagon. And here is how the twist comes in: Enemies only attack hexagons, and not single party members. Vice versa it's the same situation.

This means that, if there are more than one characters on one hexagon, both characters will be attacked. On the other hand, placing two or more characters on a hexagon field, they can perform powerful combo attacks. The hexagons can also have various elemental effects, which makes this battle system a bit hard to understand at first. However, the game slowly introduces players to this system, so that's okay.

Aside of that, the game offers a fairly standard turn based battle system that is transparent and fair. Players can see exactly when a certain character's or enemy's turn happens.

The hexagonal battle system, however, allows for very strategic and interesting battles and is lots of fun.