Capcom - Tested on the Nintendo Switch in 2022 and played so many, many times before.

As of the time when this review was written, there never had been a review about Breath of Fire 2 online on rpg-o-mania. Well, except from one very short one that was only available on a website on my computer when I still tried to find out how websites work.

But Breath of Fire is something really special to me. Before this game, I only played one turn based RPG - Mystic Quest Legend (Final Fantasy: Mystic Quest). I also played Shining Force and Shining Force 2 as well as Secret of Mana, but only Breath of Fire 2 made me really love turn based RPGs - and led me to eventually buy Suikoden. After then, only a tiny fraction of my games were anything other than RPGs. So it really was Breath of Fire 2 that boosted my love for this genre.

So, what about the game? 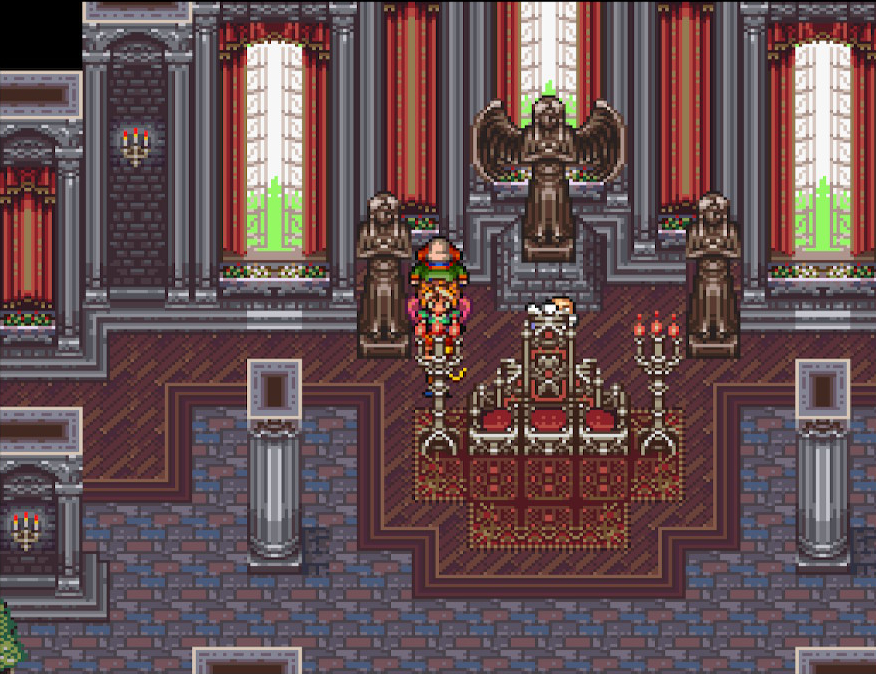 First, let's stick to some facts. Breath of Fire 2 was the second Breath of Fire game (who would have guessed!) and the first one that Capcom made completely without help from an outside company. It still follows the same formula than the previous game, albeit with more detailed visuals.

Players control Ryu, a young boy of five years who lost his father and sister in his hometown, where no one seemed to remember him. He befriended a boy from the Grassrunner clan, Bow. They become "Rangers" (people who accept any job) and were doing various jobs. Until Bow tried to do a shady task and was falsely accused. While Ryu tried to find the real culprit, he found out that something is wrong in the world; more and more people were turning into monsters. As typical in japanese RPGs, this set someting much bigger in motion.

The game is presented in a top down perspective and is divided into town areas (where there are no enemies), the world map and dungeons, where random battles take place in typical turn based fashion.

In towns, items and equipment can be purchased and health can be restored by sleeping in an inn. It's basically the good stuff from 90s RPGs. 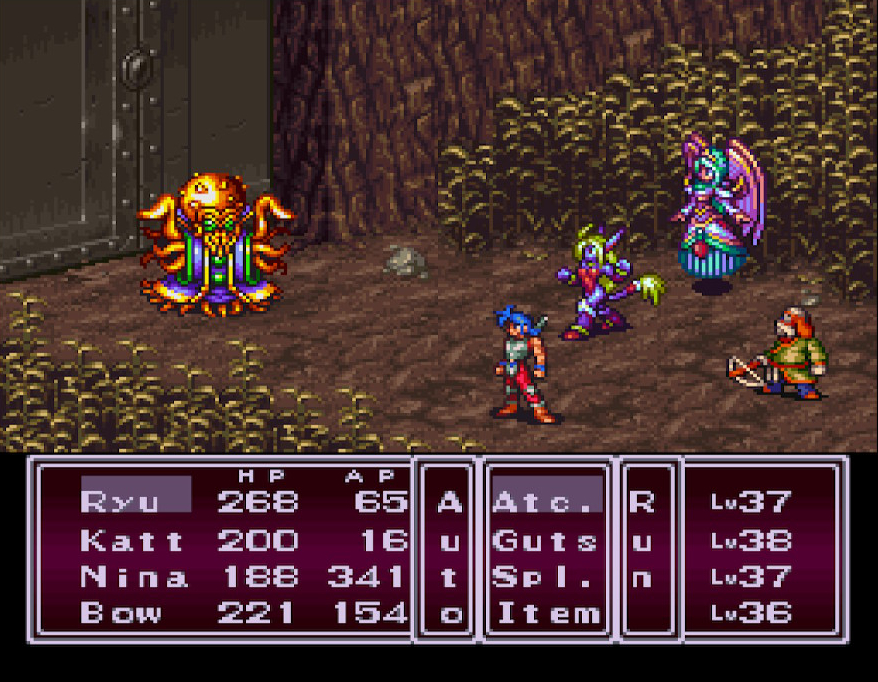 Battles, as written before happen randomly in dungeons, and the encounters can be pretty frequent. 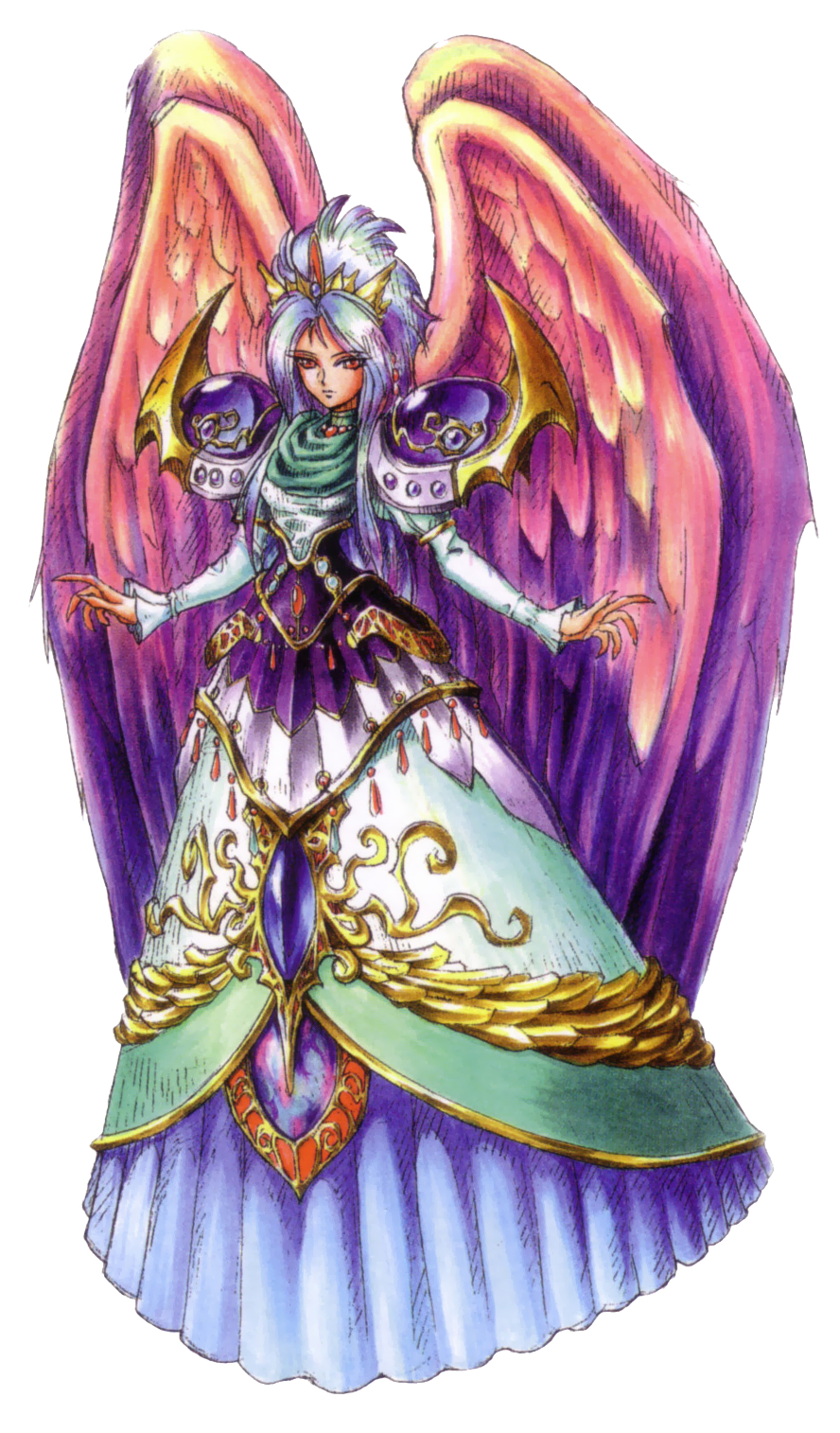 Music was composed by Yuko Takehara, who also did the score for "Mega Man 7", a game that had been released around the same time as Breath of Fire 2. The style of these two games is often so similar that songs could be interchanged between those two.

At some point in the story, players can build a city. There are several styles of houses available, and tenants can be found throughout the whole world. The town can even be used to fly around if the right decisions are made in the game. Speaking of, there are several endings in the game, but the good ones requires the flying town. 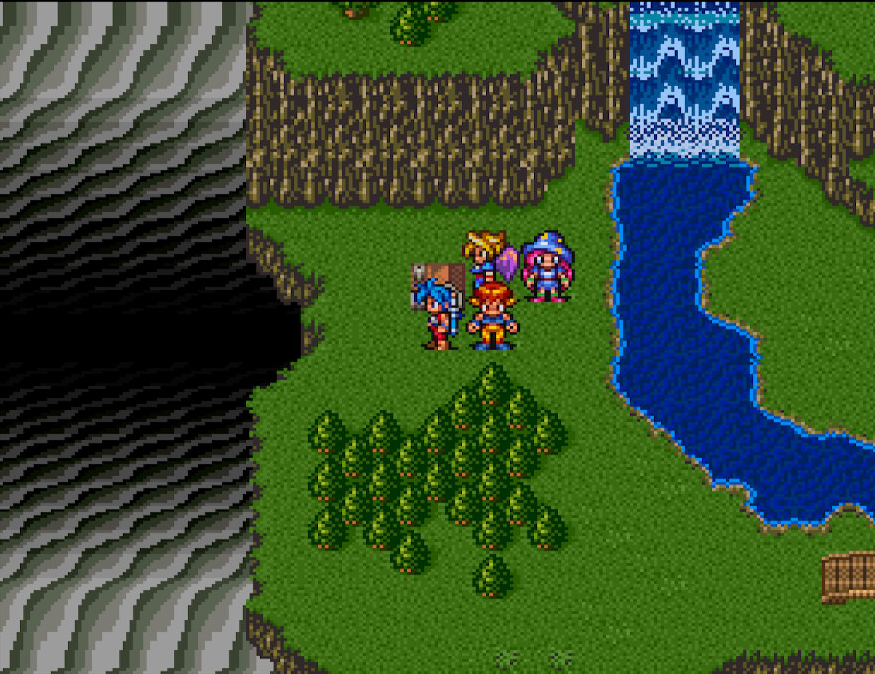 The game offers saving at two different types of location - dragon statues and churches of the St. Eva cult. When players die in battle, i.e., everyone is unable to fight, they will be teleported to the last save point. No experience is lost, but some money is. How much depends on the saving location. Churches will take 1/2 of your money (that isn't stored in an in-game bank), whereas dragon statues only cost 1/4 of unbanked money.

The game was re-released on the Nintendo Gameboy Advance in 2002. We already have a report online where we compare both versions.

If you really can't stand the english translation, there's an unofficial retranslation available that many players like.

Oh my, personally, the fun facot wouldn't be 80%, but rather ∞% - Breath of Fire 2 means so much to me. When I first played it, I was so inexperienced with this concept of random battles, of leveling, equipping and so on. Even if I got to knew parts of those concepts before in some games, this was my first real RPG. And I loved it. I loved every bit of it.

The story was incredibly intense. The soundtrack, that just hit the right spot almost every time (except in SimaFort. Screw SimaFort.), the likeable cast, the various places the party visits. It was just so much of a game. I bought the game more by chance in September 1996, and I finished some time in November / December of that year. The translation is really bad, but knowing very little english myself back then, I didn't notice (or should I say 「I didn't noticed··」)

Yeah to be fair, some things aren't great. The random encounter rate is annoying, the music loops to soon often enough, and the walking speed is slow. But I think given its qualities, the game still deserves a "classic" badge.

You are here: main page / reviews / breath of fire 2