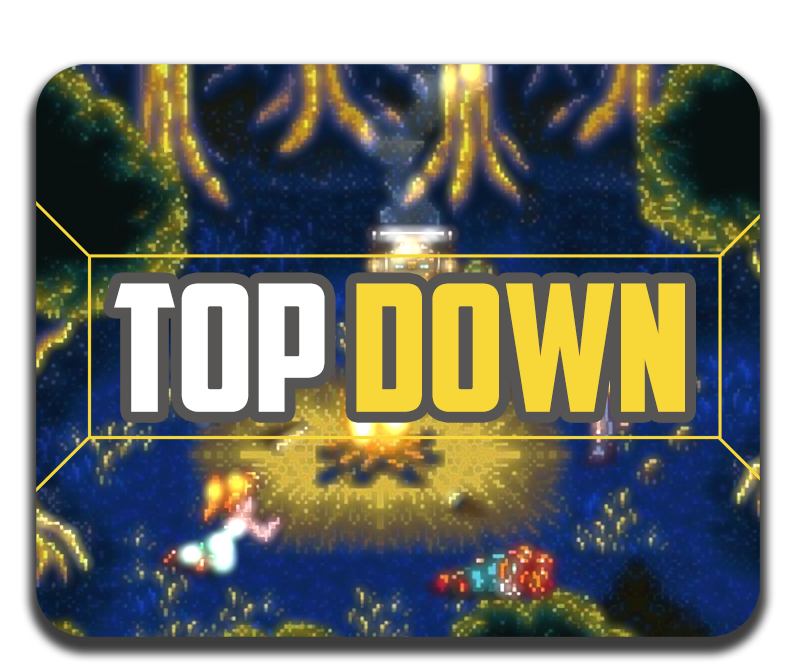 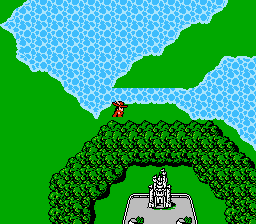 Before 3D games became widely popular in the mid 90s, the number one choice for RPGs was to display most of its gameplay in a top down perspective. Usually, if you played a RPG in the early nineties such as Final Fantasy IV, you could watch the heroes traverse the world and towns from a birds eye view. Even action RPGs like Secret of Mana utilized this style of play.

Of course there were RPGs or Action RPGs with different viewpoints, Zelda II: Link's Adventure or Shining the Holy Ark being some of the more popular ones. However, the most famous RPGs used a top down view: Dragon Quest, Final Fantasy, Breath of Fire, Ys... This was kind of the gold standard.

This perspective is also called "god's eye view" since the player watches over his people from above. 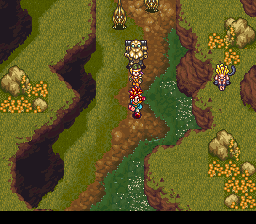 Just as maps in the real world are designed, in RPGs with a top down view you can travel up to get to the north, left for west, right for east and down for south. This viewpoint lacks a bit of sceneric impressions, but it gets the job done to lay out a world that can be travelled in.

If games with this perspective offer the option to jump, it's usually just for short distances.

Some games like Chrono Trigger used smaller character sprites for the world map and bigger ones for dungeons and houses, whereas other games kept the same size of sprite no matter how far zoomed out the scenery was.

I always found this intriguing in Final Fantasy that the overworld was displayed in a much smaller scale than towns, making your characters feel like giants that roamed the countryside.

Action RPGs usually didn't make any changes between overworld and towns in terms of size.

Scenery in top down views 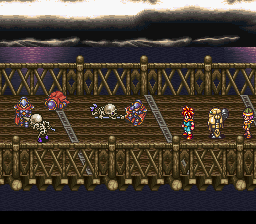 Like written above, top down view gets the job done in terms of travelling through the lands, but it's hard to display scenery that way. Strict top down view does not allow to show the sky or far away landscape.

In some games like Chrono Trigger (shown here), the game sometimes "shifts" perspective - although this different perspective is just a clever usage of background design, because the gameplay itself is still handled like it was displayed from a top down view.

In some games, though, this looks somewhat incorrect, since characters and elements are viewed in a top down view, but if a background is shown it looks as if the background is below the floor, and not beyond.

Most games of that time avoided this broken angle by displaying the top down view in an already tilted way, so game designers could utilize a range of views from top down to sidescrolling.

Fighting in top down views 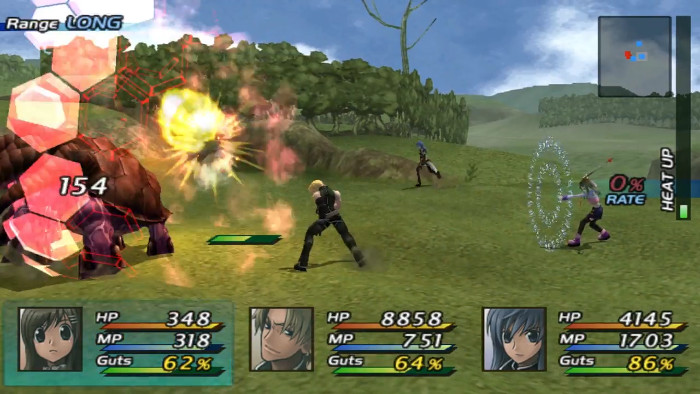 As widely used as using top down views was in earlier days of RPGs, battles were only rarely fought in that way. Of course, most action RPGs also fought out the battles in a top down view, like Zelda or Secret of Mana, but turn based games tended to use other forms of viewpoints in their battles.

Earlier Final Fantasy games displayed battles form a side view, Breath of Fire utilized an isometric perspective and in Dragon Quest, players fought even in a first person view. 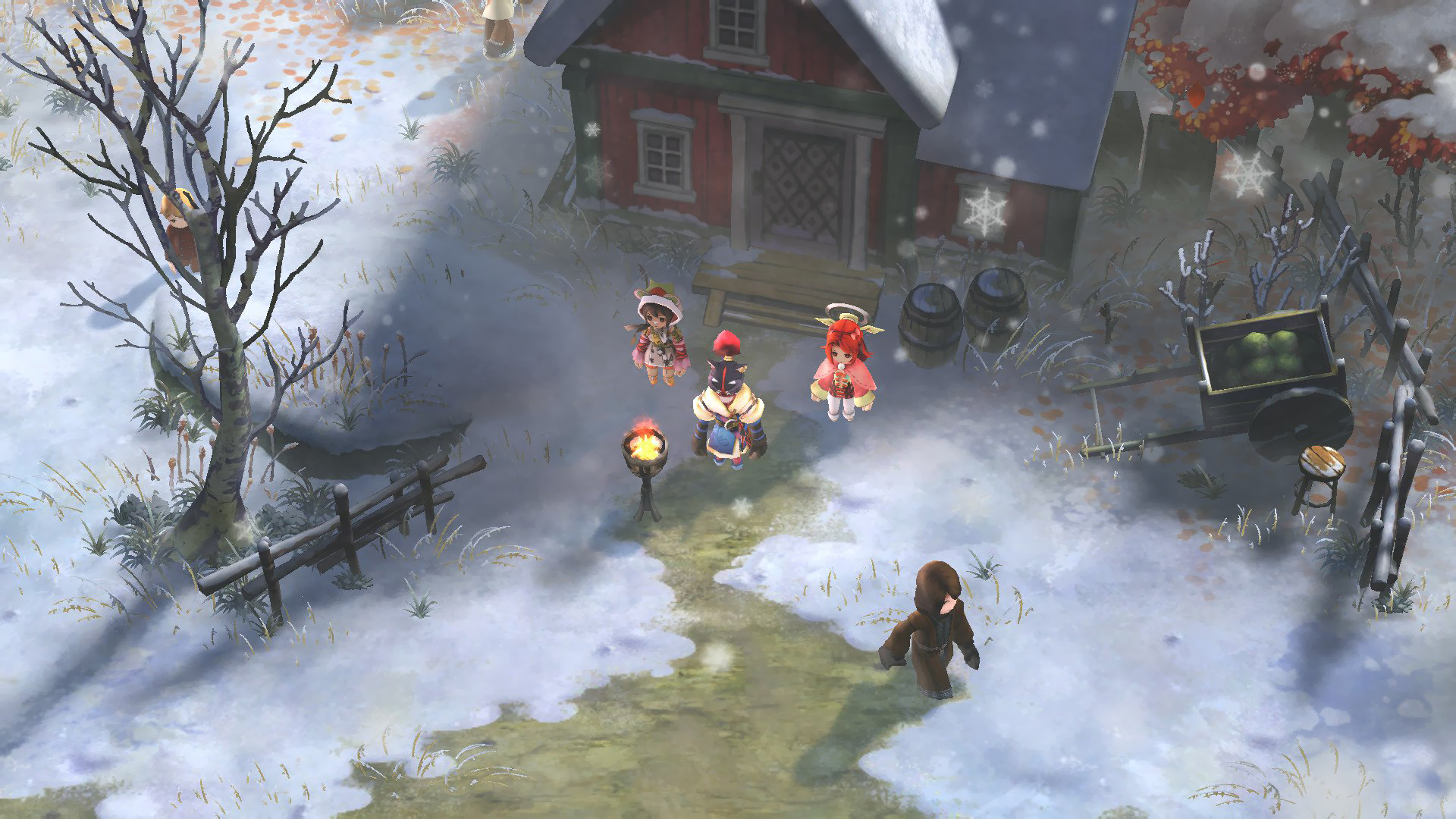 Displaying games in top down views has become kind of a signature move for all games that want to look like good old RPGs. The Secret of Mana remake used it, I am Setsuna as well as Lost Sphear. Most other RPGs have moved over to other forms of showing their game world - mostly first or three dimensional third person viewpoints.

During the mid 2000s, games still used this perspective regularly because it allowed for fewer details and polygons were required to display beautiful visuals and still ensure a good framerate. Famous games were the aforementioned Star Ocean: Till the End of Time, Ys: Ark of Naphitism (see screenshot) or Grandia.

Many games of that time included the feature to allow users rotating the screen, which made the easy north - east - south - west allocation I described above more difficult. Many of those games offered a compass or a minimap so that players don't get lost.

You are here: main page / coverage / a matter of perspective / top down view