Secret of Mana is a game that has earned its place within the hearts of many players. Especially if you're one like me in your mid to late 30s, you experienced Secret of Mana as a young teenager and have it kept in good memory. I played the game so many times, almost yearly ever since it was released back in 1994.

After the successful release of the Adventures of Mana Remake for the PS Vita handheld console, Square dropped the bomb and announced that they would also re-release Secret of Mana in new 3D visuals. The game was eventually released in early 2018 on the PC, PS4 and PS Vita (but strangely not the Nintendo Switch), and immediately reactions tended to be negative, at least within the media. 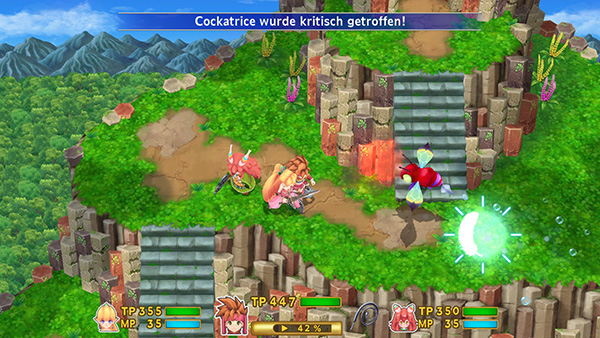 In short, the game is a very faithful remake, gameplay wise. It covers the same story as the original (although retranslated or rewritten), it covers the same gameplay mechanics and the music is based on the same original soundtrack written by Hiroki Kikuta. Despite the many negative reactions, I really felt the need to play this game, especially after I listened to some soundtrack examples on YouTube.

Since this is basically the same game that we already reviewed, let's take a look into the differences and try to find out what's the game about in the end and how good it is (well yes, you maybe have seen the rating in the table on the spotlight page itself). 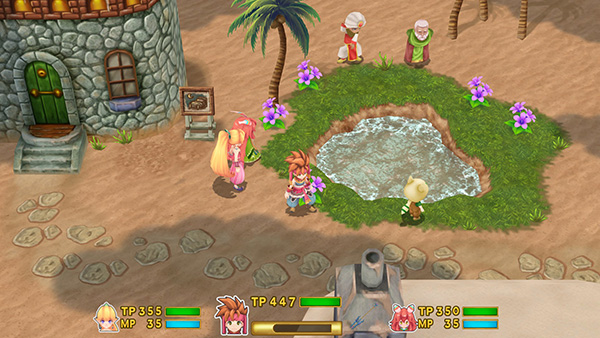 Even if the story is still the same, there are new scenes when sleeping in an inn where the characters talk about their experiences. However, if you don't go o Inns regularly, their reactions may be late in comparison to the progress of the game. 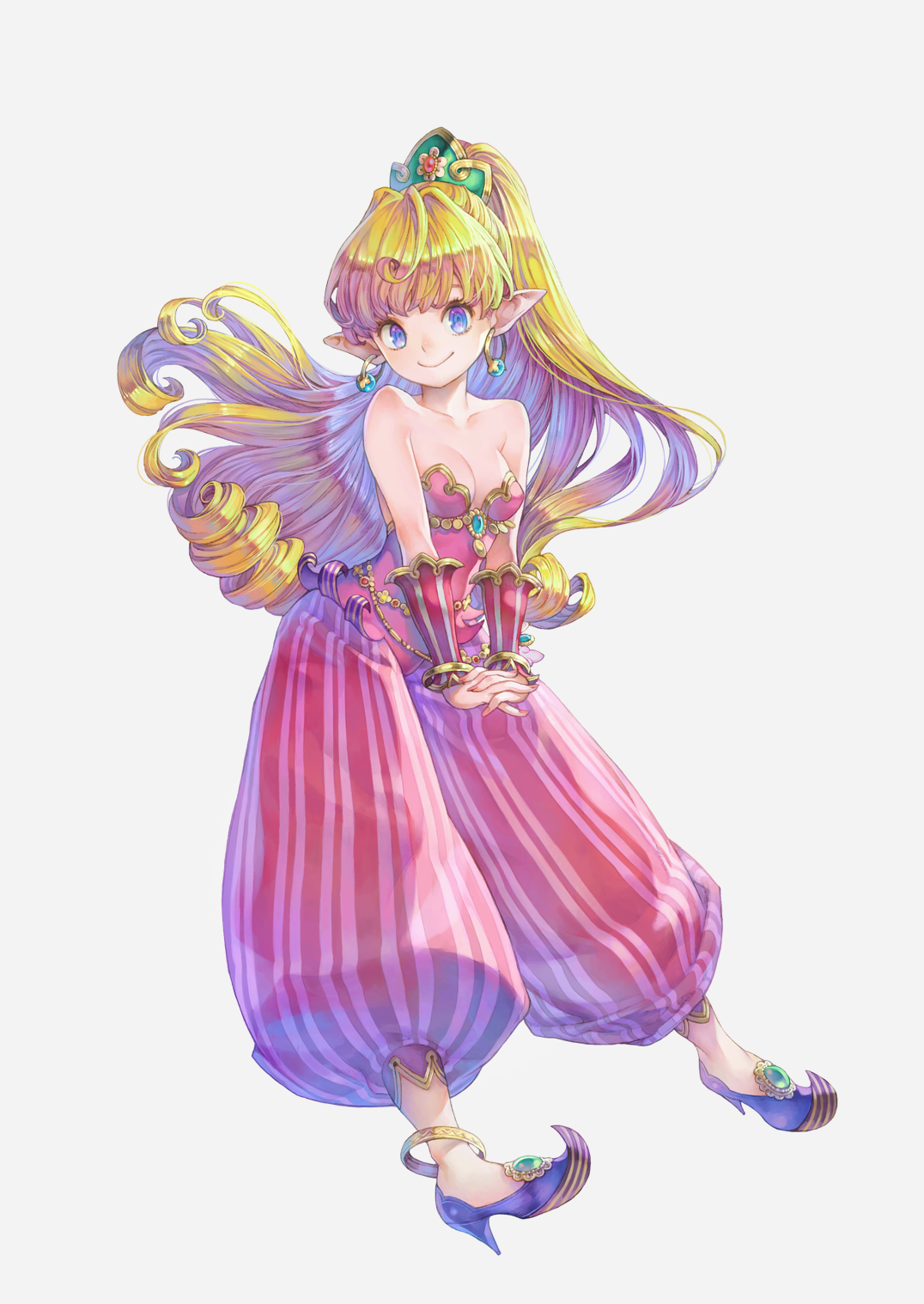 The visuals are charming but cheap, bluntly spoken. The characters and environments look rough and low on polygons which gives the game a look that reminds of old PlayStation 2 games. This is a pity, because even the lowest spec console this game was released on was the PlayStation Vita - a capable handheld. Secret of Mana looks as if it was based on the same engine that I am Setsuna or Lost Sphear used.

Mana Artworks are usually detailed and full of swirls, and the low-poly look doesn't really help. Although I have to admit that the scenery looks nicely designed and there are some nice effects here and there. 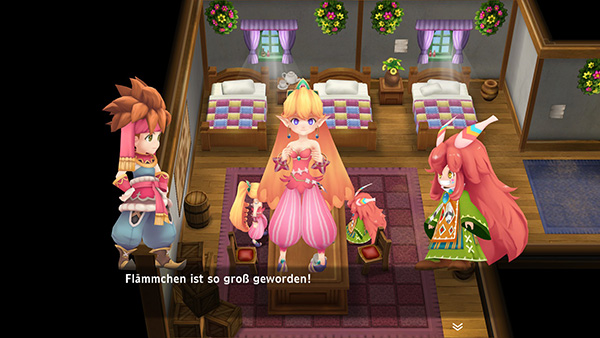 Melodies are based on all of the original music. There is no new composition in the game, although various musicians did remix the tunes. The original soundtrack was more consistent in its music style, but some of the new tunes are pretty darn good (Prophecy), or pretty damn lame (Imperial Town Theme). Players can switch back to the original SNES soundtrack if they like. I finished the game in the new soundtrack.

The gameplay has been faithfully adapted to the new 3D visuals, at least mostly. I noticed during my playthrough that monsters avoided attacks much more than in the original game. On the other hand, the party also dodges attacks more, which makes monster encounters a bit slower, but it's not on an annoying level. What's a tad annoying is that the damage queue sometimes doesn't seem to work and damage dealt to monsters doesn't count. This is especially anoying in the final boss battle. Also, attack patterns of the other party members can't be configured as detailed anymore as it was the case in the original game.

Secret of Mana can still be played with up to two friends.

You are here: main page / reviews / secret of mana remake