Founded in 2014, Tokyo RPG factory is a company that promised to bring the spirit of the old japanese RPGs back. The genre had evolved back then, but typical, turn-based games were scarce except of some re-releases of older games here and there. You can read more about Tokyo Game factory here.

So I Am Setsuna was created, and being a studio of Square Enix, the producers were heavily influenced by the big companie's older games. But first things first. The game begins when Nidr, a professional assassin is given the task of killing a young girl named Setsuna. But after he met her, she willingly accepts her fate and is ready to be killed - however, she asks for some time and Nidr to accompany her. Soon enough, they are followed by a group of people, where Setsunas loyal servant Aeterna is the first of the bunch. 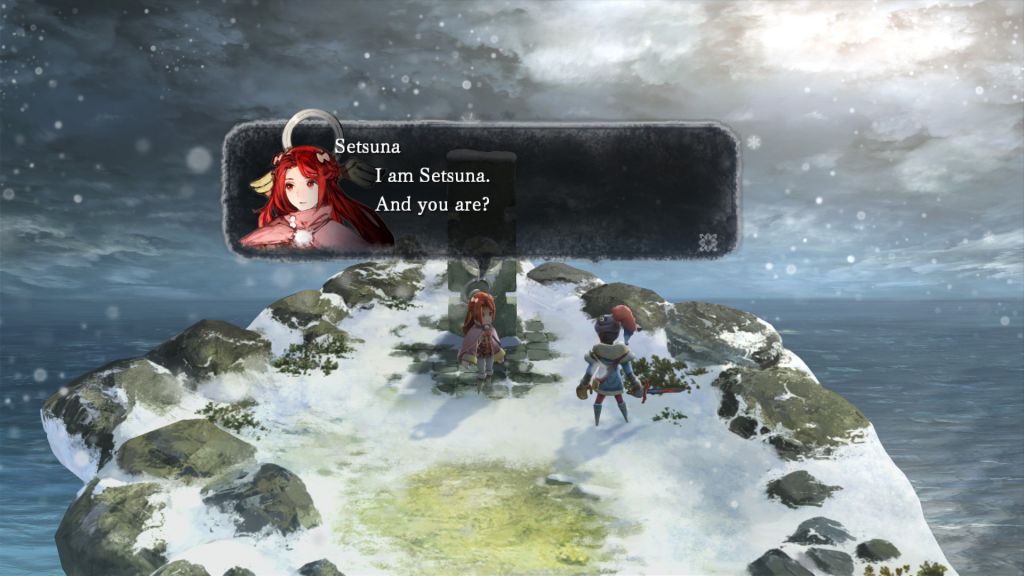 You then follow the group trying to help Setsuna on her quest to sacrify herself so that the world can be saved and the monsters around the world don't get violent. This sounds a lot like Final Fantasy X, and indeed it bears some resemblence to that prime directive. The game is a mixture of new and fresh elements and elements that remind you of the past.

The biggest difference from games in the past is the setting and the mood of the game. The whole atmosphere is often sad and melancholic, with the fate of some of the main characters (including Setsuna) really touching one's heart. It's not the level of "piercing your heart wiht a hot knife" like in other games (cough, Suikoden II, cough), but it's touching. 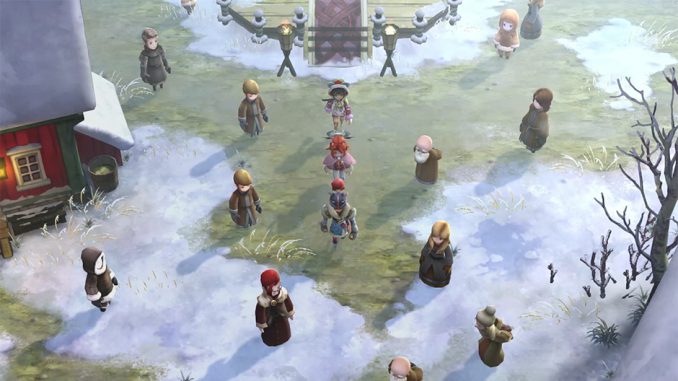 The music, created by Tomoko Miyoshi who prior to I Am Setsuna did some scores for Soul Calibur games, created a soundtrack only consisting of piano tumes - with the exception of two battle tunes that have a slight beat. This helps the atmosphere and creates an even more somber, melancholic note.

Then there's the visuals. I Am Setsuna is a game with simple character models, simple monster designs and simple lighting. Sometimes, it looks as if it were a game of the early 2000s. Well in fact, this is the era of RPGs that I Am Setsuna pays tribute to. However, it has clean, smooth and crisp visuals that looks surprisingly ageless - this is why it is in our recommendations for ageless RPGs.

I Am Setsunas battles are fought out in a good old Active Time Battle way. There is a little twist called momentum where you have to press a button at the right time after you gained enough points to activate such an action. This defines which items Monsters drop, and you need these items to create spritnite. This spritnite is used to give you abilities and effects. It's simple and reminds you of the past, has a new twist and is not overly complicated. It's a nice way to fight out battles. 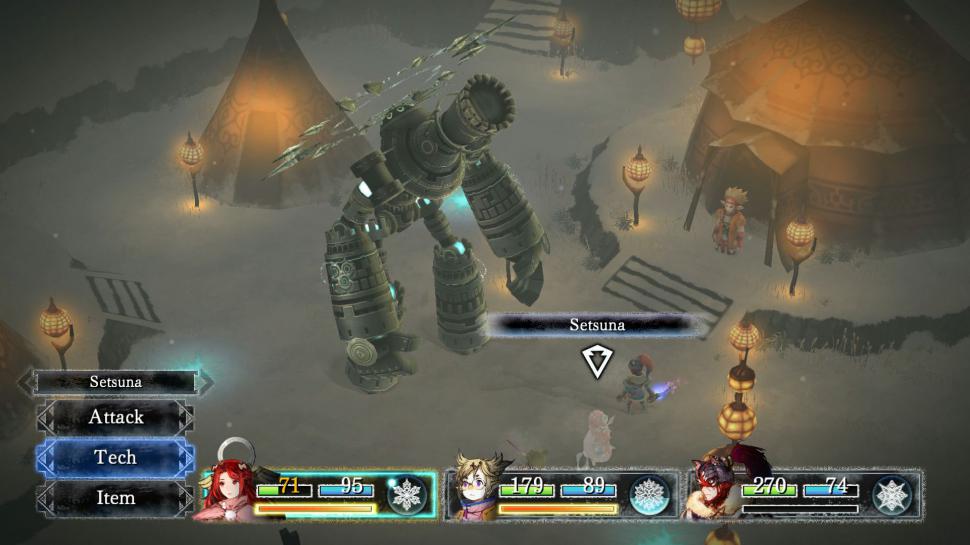 Usually, you don't have to keep those game mechanics in mind all the time. If you fight out most battles, you can get enough items to create the most basic spritnite. Since the game doesn't have inns or dozens of various shops (cough, Xenoblade, cough), it's easy to master. There are some bosses, however, that require just some type of spritnite equipped which you don't have if you play all too mindlessly. Sadly enough, there is no hint whatsoever within the dungeons before these bosses that you might require a specific set of abilities.

But don't worry, these sudden halts in the game's flowy pace don't really stop you much since they're scarce and easy to master after you lost one or two times. I Am Setsuna is overall easy to come by so you can enjoy the atmosphere and the story. And it's over soon, you can expect under 20 hours for a story playthrough that even includes finding out the hidden secrets.

This game is a trip to the past with a few modern aspects. Although everything in this game is new, it really feels like the games you remember - without punching you too much in the face in terms of unfair game mechanics.

It is quite short, but well balanced. Given the audiovisual experience combined with the classical gameplay, I Am Setsuna is a nice ride back into the days of the olden JRPGs without being too old fashioned.

You are here: main page / reviews / i am setsuna