From SD to HD 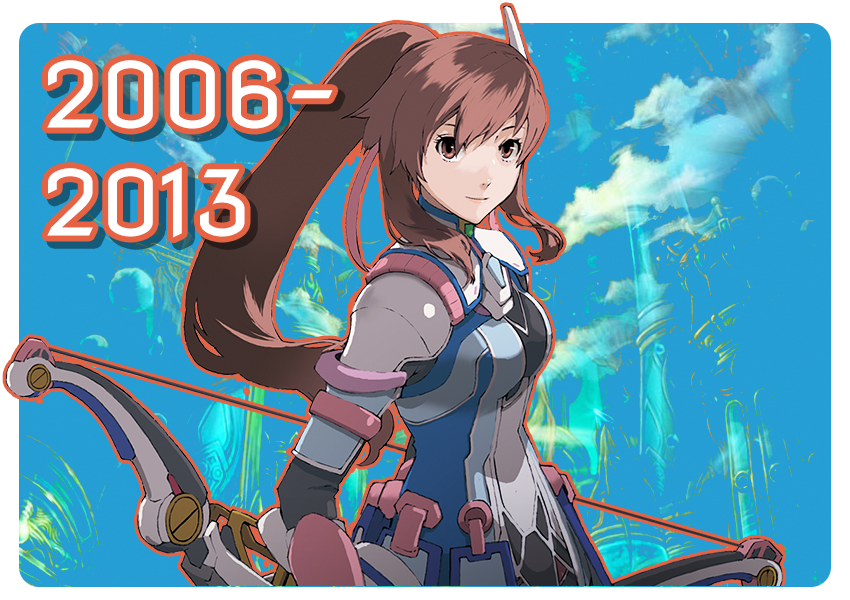 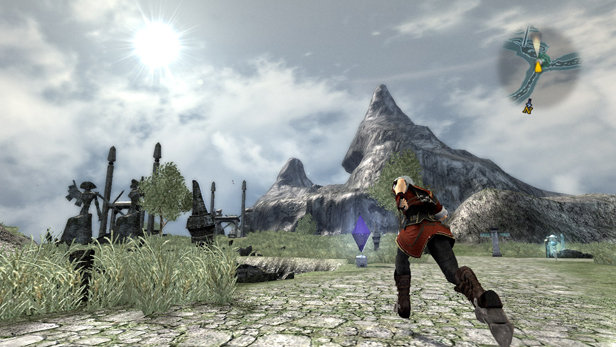 It was an interesting time back then in 2006. The XBox 360 had just launched, the PS3 was about to launch and so was the Nintendo Wii console.

Especially on the PlayStation 2 back then, the classic visuals peaked with increibly beautiful games like Valkyrie Profile Silmeria and Final Fantasy XII being released around that time.

But games on the new consoles showed how great the new HD visuals could look like. It was a transition period, and a very interesting one!

You see, this is an interesting era we're talking about. And I have some interesting games for you. If you have any additions to this list - just contact me here. 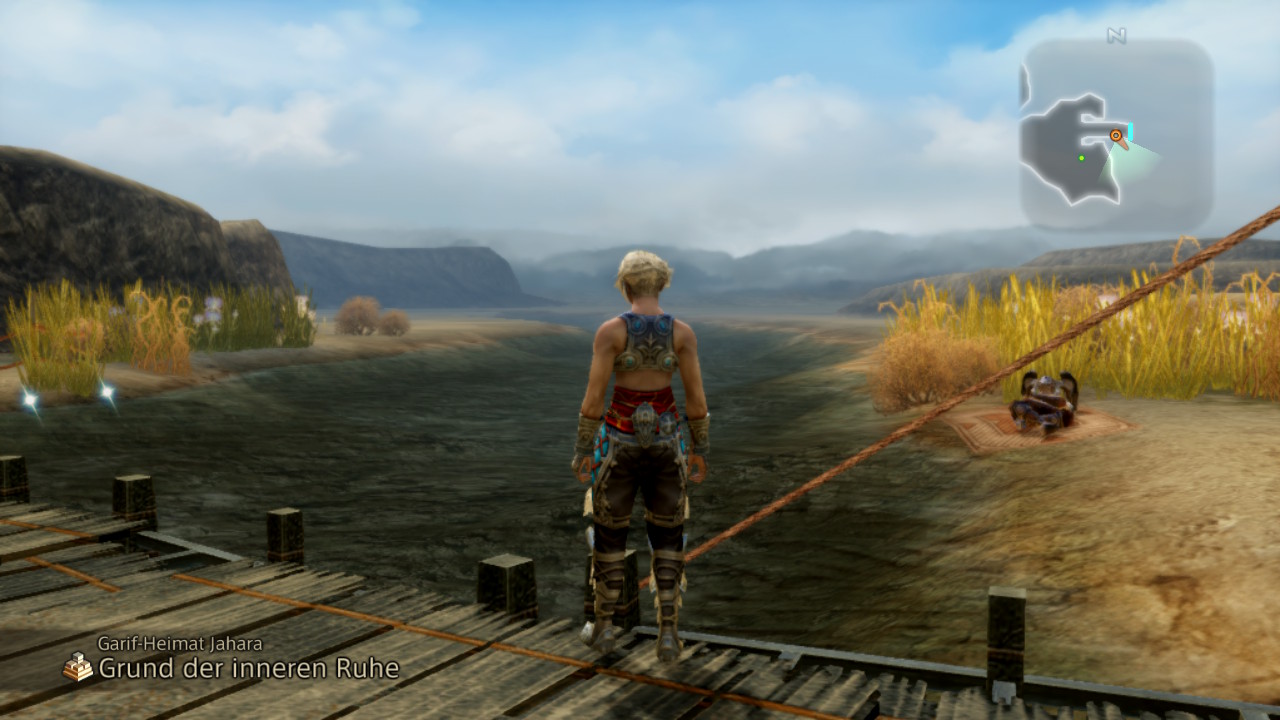 2006 was the year the PlayStation 3 was released in Japan and the USA, and the XBox 360 was already out for a while. The last present Square Enix made to the fading generation was Final Fantasy XII. A game that was quite different to previous entries and a farewell to some of the series features. Gone is the music from Nobuo Uematsu, gone is the separate battle screen.

The music is composed by Hitoshi Sakimoto, who has a special own style to his compositions. His compositions are a bit more repetitive than those of Mr Uematsu, but they fit this new Final Fantasy game well. This game plays in Ivalice, a world that is also the scenery for Final Fantasy Tactics and Vagrant Story as well as some other games of the "Ivalice Alliance". The focus is now set more on the world and world building instead of individual character development. 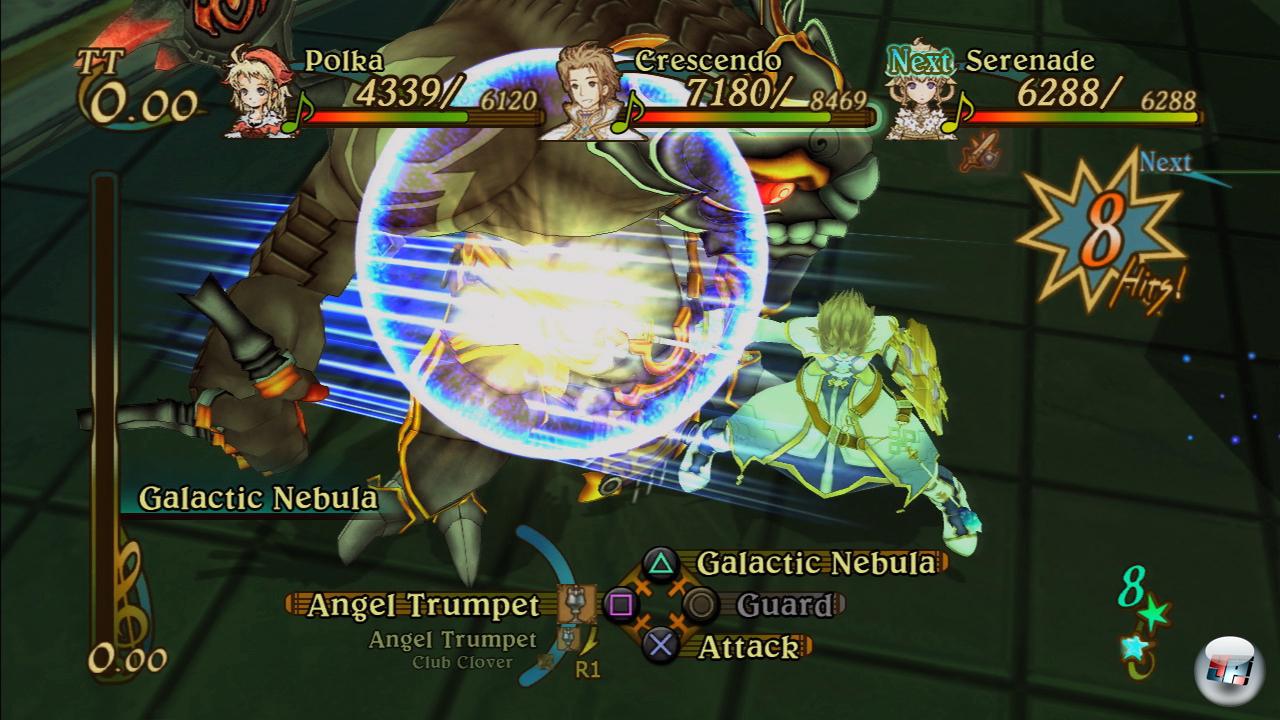 The cast is diverse and interesting, though. Vaan and Penelo make up an interesting pair of childhood friends who had to experience war and death from a young age. The events around the occupation of their home land of Dalmasca and the Resistance is intriguing from a political point of view. Some fans claim the cast to be bland, but I personally always liked how their personalities are toned down, and yes, the cast is quite likeable.

The game is easy to come by as it has been released on many more modern platforms, it still looks and sounds good, and it is also fun to play. 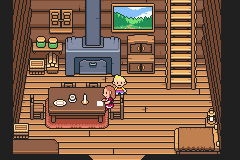 The Mother series is a hallmark classic in Japan, and even the only Western released second game often is cited as one of the must play SNES game over here. It took a while to get the third game finally onto shelves, first planned for the N64 a reformed version eventually released on the GBA instead. Only in Japan again, but that’s where fan translations come in.

The first two games do play a bit archaic to be honest, taking notes from Dragon Quest in their design. All of this has gone the way of the dodo by 2006, making Mother 3 the freshest one of the three. It still has all of the quirky charm, strange characters and weird world design the series is known for. It all just plays better now. With the trademark slot-machine battles still being a thing, meaning instead of getting all HP deducted upon attack, it starts counting down and might pre-maturely stop if the enemy is killed quickly enough. There is also some rhythm game going on in the background where attacks do more damage and combos lengthen by pressing the buttons in tune with the BGM. All of which makes the standard turn based fights a lot more involved than usual.

What really attracts people to the franchise beyond its wackiness are its musings on life, death, the meaning of loss, or friendship. With the games easily changing from whimsical to emotionally hard hitting. Mother 3 is according to its maker Itoi the end to this journey. In such it rewards players of the previous games (especially Earthbound), but has a more involved story and is clearer on its themes than them. The first two or so chapters might be slow, but it becomes very rewarding once it hits its stride later on. 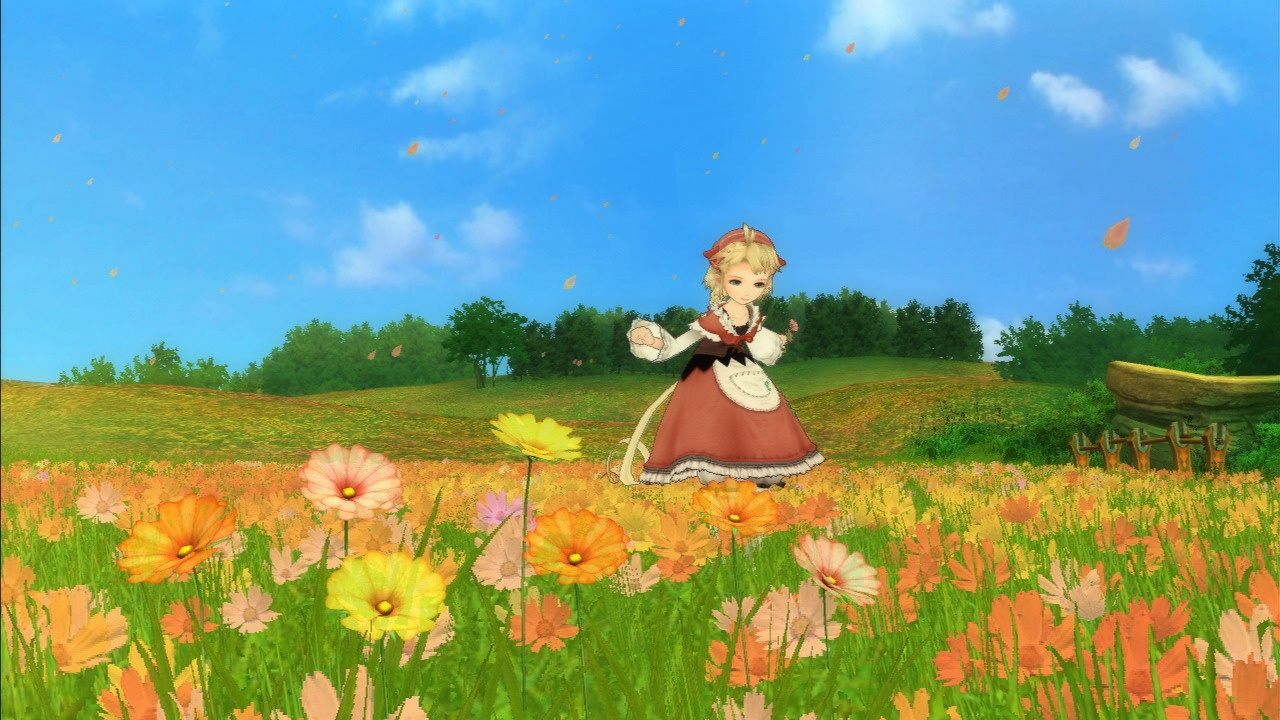 Eternal Sonata could have also appeard an era earlier. I played it in 2009, when I already quit working on rpg-o-mania and had a stressful job at that time, and it really brought me back into this rpg feeling of the mid 2000s. It's a nice game that still looks good today, even if it doesn't run as smooth and lacks some polygons here and there.

Sound-wise, the scores have been composed by Mr. Sakuraba, but he seemed to be a bit uninspired when composing for Eternal Sonata. The gameplay, however, is flawless and balanced. It plays a lot like a Tales Of game and has some extra stuff to offer even in the aftergame. That's a nice touch.

The story is interesting and, as far as I know, is still unique. It plays both in our real world and the dream world of Frederic Chopin, who was on the verge of death. Also, the game gives you information about Chopins life.

It is a great game that can be played today as if it was new, even if it is almost ten years old. 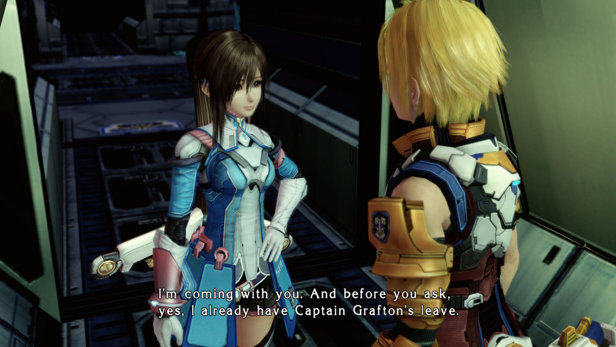 This game is a prequel to the other Star Ocean games. It starts off right after a huge war devastated Earth and humanity is looking for new places to live on - with the help of aliens that just got in touch with humans before the story of Star Ocean 4 begins.

The game offers a refined gameplay from its predecessor, "Till the End of Time". Battles are fought in an action combat system, there are lots of private interactions between characters going on and the areas are big and offer lots of things to explore, all in a nice science fiction setting.

Sometimes, some areas are too big and it takes especially long to reach the next checkpoint. And even if the battles are very fun to play, they can be quite time consuming.

But anyway, it's a great game with a nice soundtrack (done by Motoi Sakuraba), a fun gameplay and it's easy to come by today since a slightly remastered version can be purchased on Steam and the PlayStation Store. 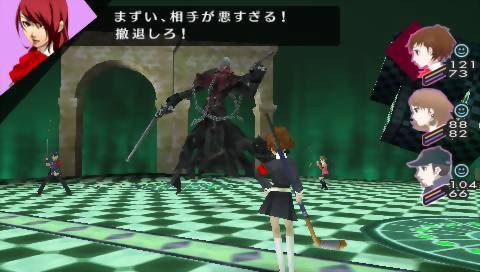 Persona 3 was a big paradigm shift for Atlus and the Megami Tensei franchise when it released in 2006 on the PlayStation 2. It offered a big mass marked appeal, became a surprise success, and by now Persona turned into the company’s flagship. It would also get two re-releases in the expanded FES version and with the PSP release. The portable one is its best incarnation. I am willing to die on this hill.

The general gameplay is the same, of course. With the game mixing dungeon crawling at night with raising social stats and using them to befriend the people of modern day Japan at day. Going to school, taking part in clubs, having exams. The life of the usual high school student who also happens to shoot himself in the head at night to summon the representation of his inner self to battle shadows that endanger humanity. Befriending the cast of colourful and likeable characters while also helping them with their emotional issues. This was of course a super unique an interesting mix of mechanics, especially to Westerners that weren’t drowned in Dating Sims in the Mid-90s as Japan was.

Persona 3 Portable includes being able to go through the game as a female instead of a male Protagonist, and her route while being mostly the same is generally a bit more fun and endearing. It also cuts some fat. The bonus storyline The Answer from P3FES, which not a single soul liked anyways, is gone. However, all the interactions outside of the dungeon take plays in Visual Novel style. Which while not excluding anything cut the overlong game down from 70 to 50 hours thanks to the speedier advancement. 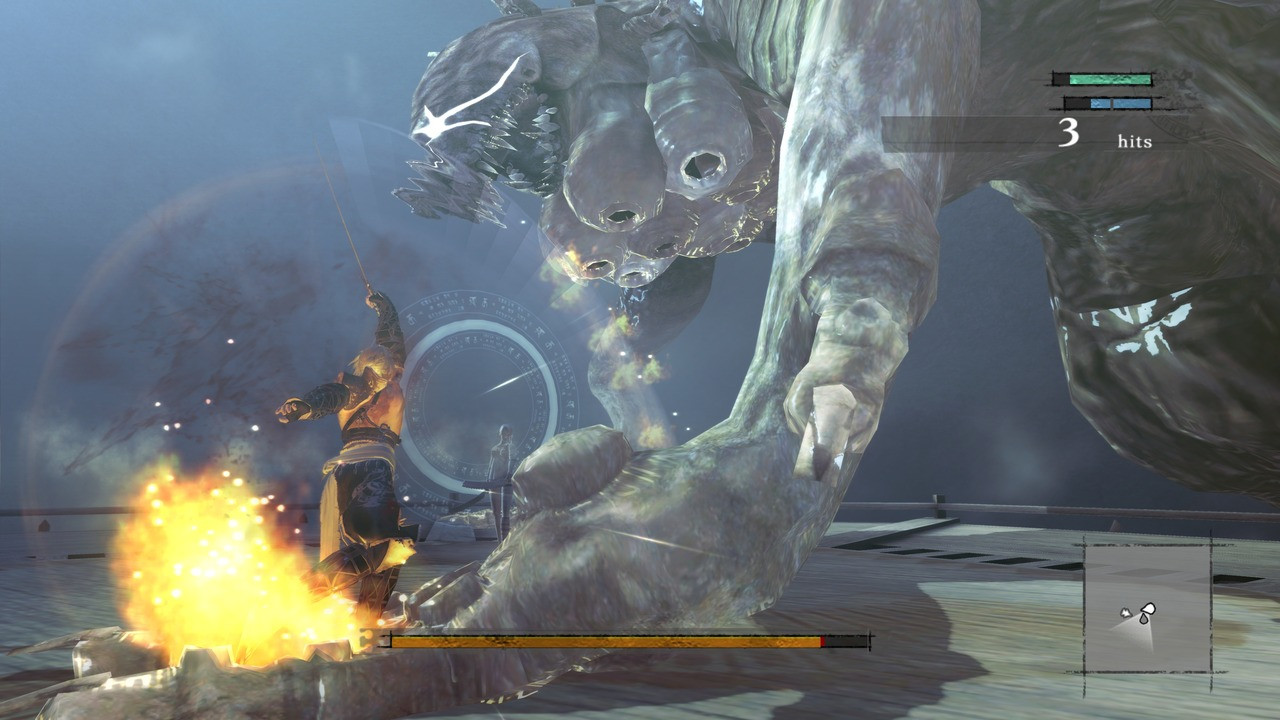 Yoko Taro is a funny guy, as in strange and weird funny, and is idolized as such by now. This adoration started with the release of Nier, which followed up his less successful Drakengard games, and was a surprise hit for Square Enix. The sequel Nier: Automata even sold several million copies. The first Nier was really when the break out success started.

Set in a seemingly medieval world, the first half of the game is deceptively normal. A main character who will be able to do many fetch quests for NPCs is on the hunt for his kidnapped daughter, destroying invading shadow enemies while he goes. Making the acquaintance of a sarcastic, talking book, a foul-mouthed lass, and a tragic skeleton boy. Well, maybe not everything about the first half is expected. The game starts to really hit home toward the end of this part, after which there is a time skip and everything is different from what the player was made to believe in the beginning for the later half of the story. Screwing with expectations, and coming to very emotional conclusions, while going through tough choices.

That is not all though. After the first ending is reached, Nier encourages to go back in a New Game +, which nicely skips all the build-up of the first half of the game and drops the player right back after the time skip happened. To reveal even more of the world’s mysteries and be able to get three more emotionally devastating, poignant ends. Which is really the main attraction in this otherwise gameplay mechanic wise competent but not remarkable Action RPG that clearly puts creativity over polish at points. 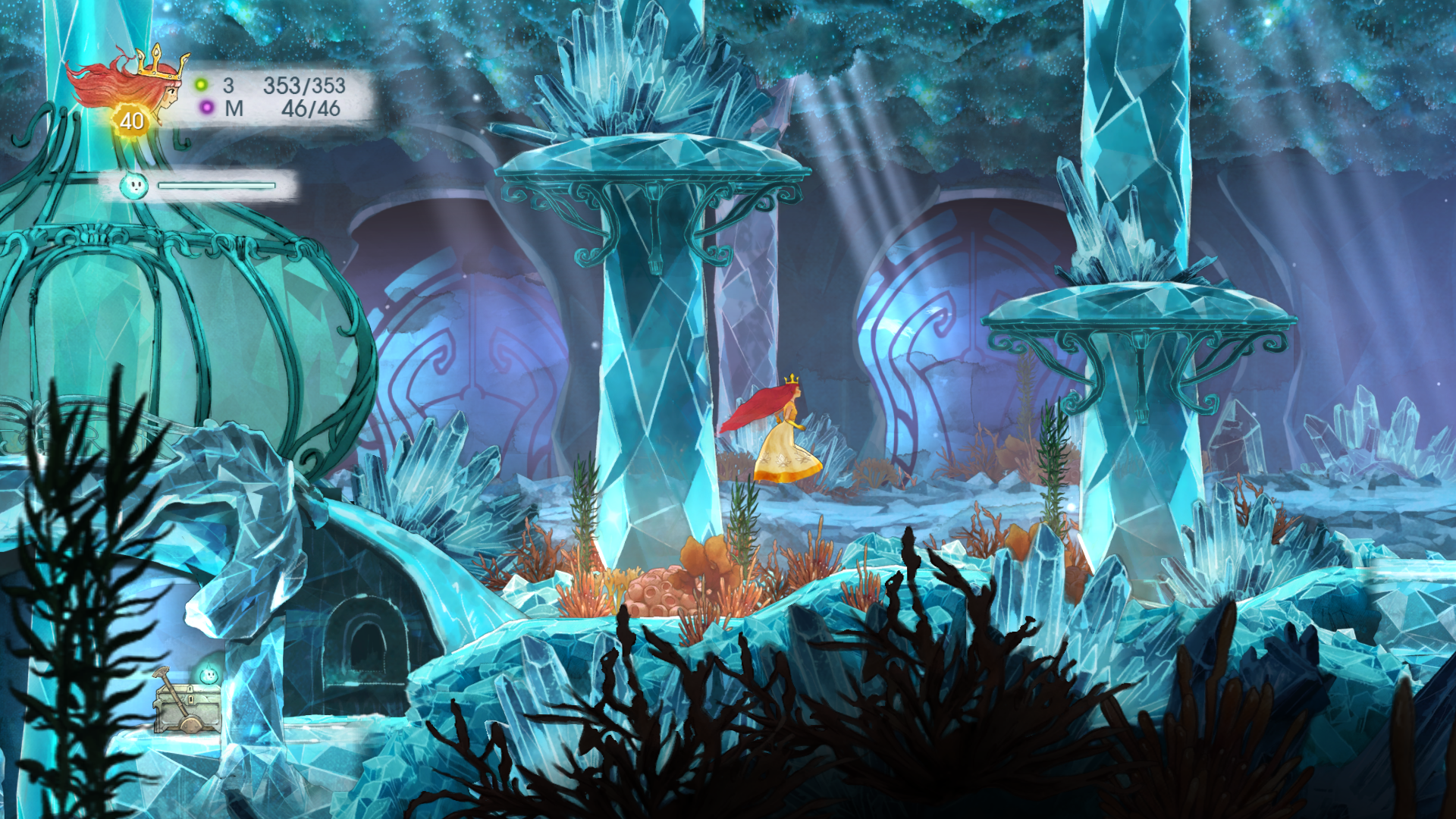 What happens when you combine Rayman with Grandia and spice it up with a great fairy tale like story? Something like Child of Light will be released. This game is really special, it was developed by Ubisoft and looks a lot like Rayman being a sidescrolling rpg.

Battles, however, are done in a battle system very similar to Grandia - I still wonder if Ubi paid any royalties to Game Arts or Gung-Ho since the basic battle system is identical to that of early Grandia, with the exception that no movement around the battlefield is possible. 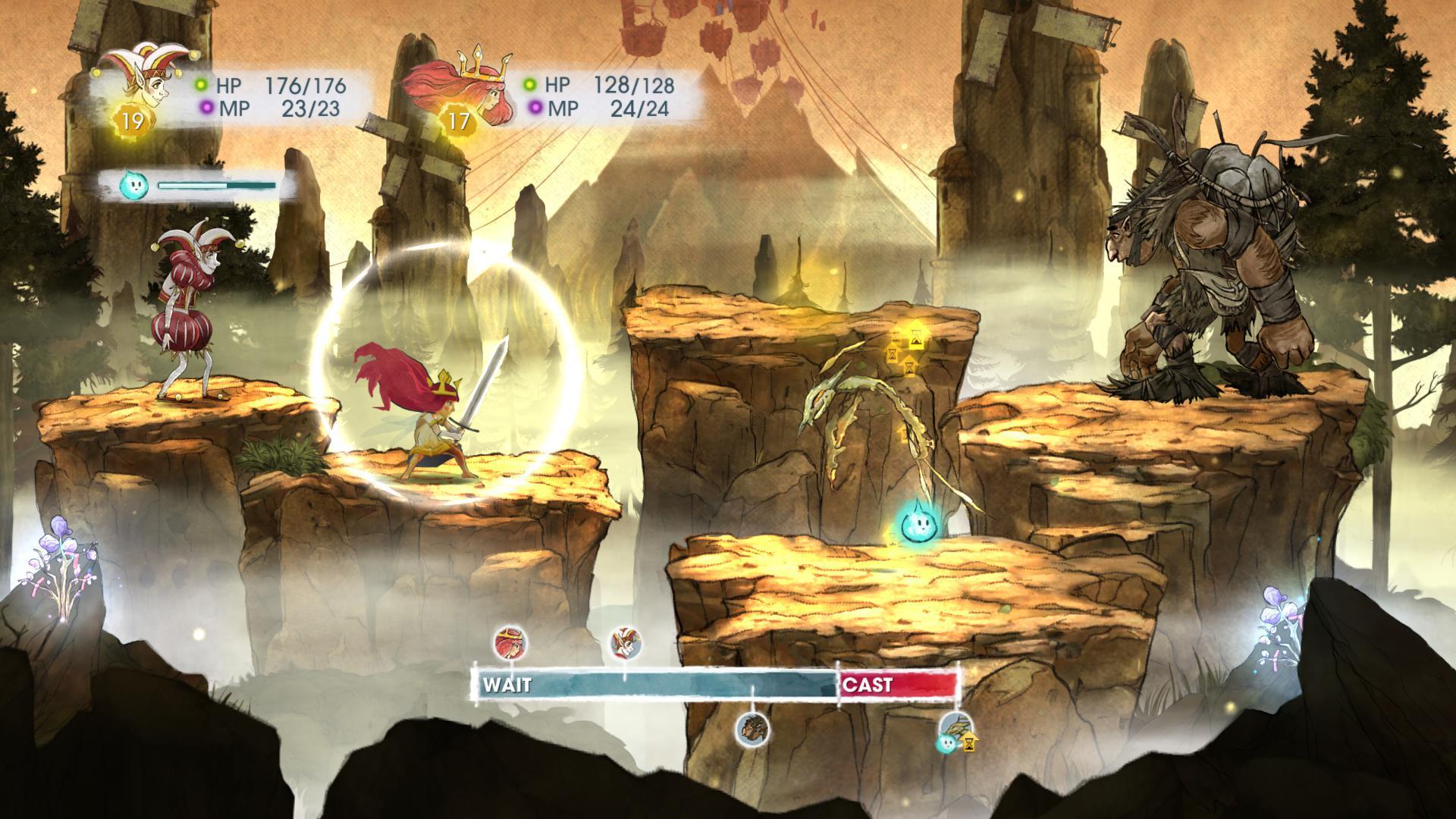 Take this one if you're up for a fantastic story and a unique RPG.

You are here: main page / coverage / recommendations / From SD to HD