Known ingredients in the recipe

Things that don't add up

At some day this year, I got a message on my phone that said "Look at Kickstarter, the Suikoden devs are creating a new game!". I was curious about this project, checked it out and backed it immediately - somethin I have never done prior to that day. You know, we really love everything Suikoden here. The story of the original games, the art styles, the warm hearted approach of these games. So it's great that some of the original staff are working on a new game.

Konami, the games' initial publisher, has long abandoned the video games business, but still owns the rights of the Suikoden series, so the team, mainly consisting of Yoshitaka Murayama (Writer of Suikoden I and II), Junichi Murakami (Suikoden V, several Castlevanias), Osamu Komuta (Suikoden V, Suikoden Tierkreis, Suikoden Tactics) and Junko Kawano (Suikoden I and IV) had to come up with a new name and also ditch the concept of the 108 stars of destiny on the way.

Known ingredients in the recipe 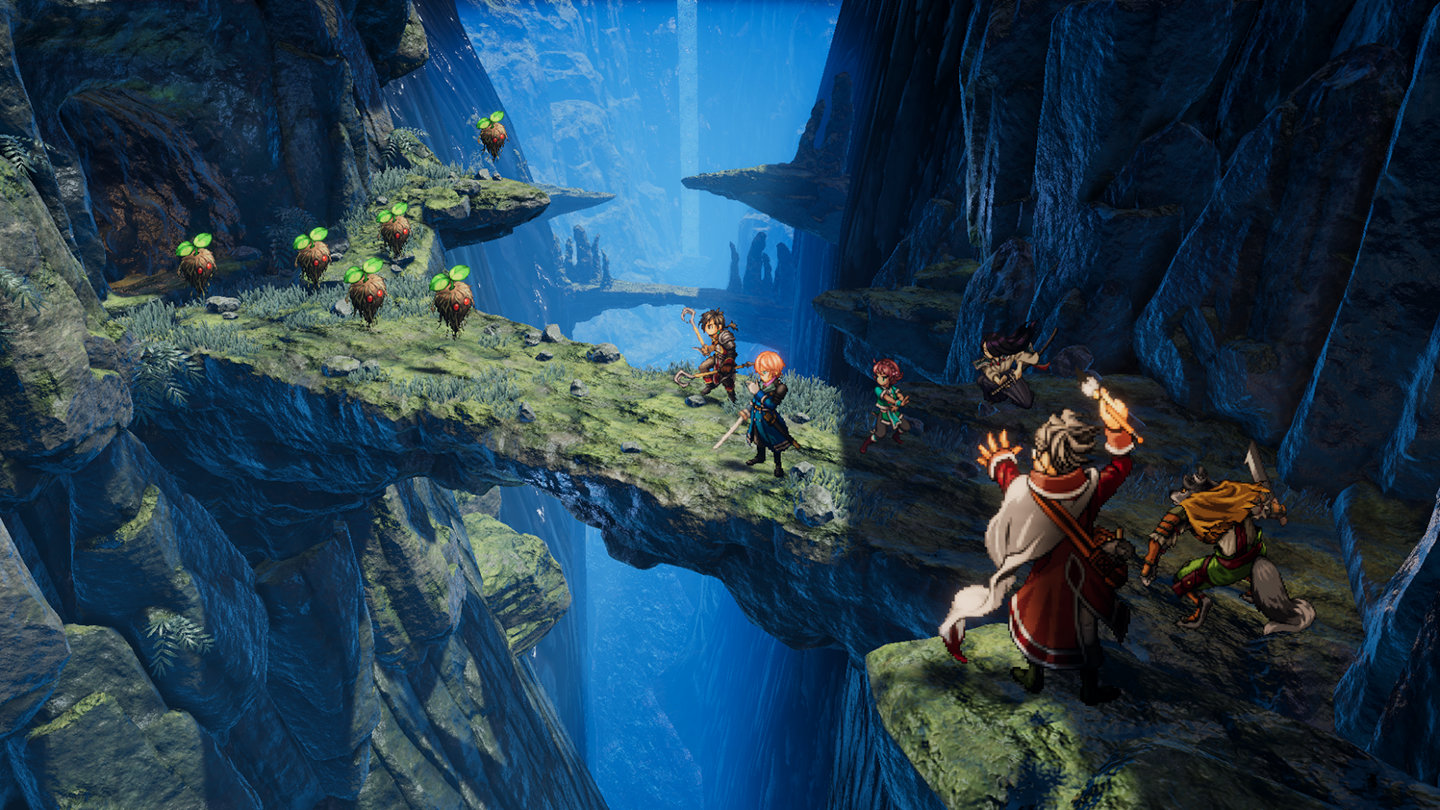 If you take a look at the Kickstarter campaign page of Eiyuden Chronicle, the game described there looks almost as if a blueprint of a Suikoden game was used for it. Mr Murayama and his team promise to be creating a RPG that has over hundred heroes to collect, a intense story of politics, betrayal and war, a fortress town to build up and classic turn based combat with pixelated sprites in front of more modern backgrounds.

As mentioned in various places here at rpg-o-mania, the Suikoden community, whom this game is aimed at, is a very special one. The fame of the Suikoden games is based mainly on Suikoden I, II and III. These games played in the same world, with just a few years apart, so characters from other games showed up all the time, and nations or political parties were mentioned and seen every time.

This was surely thanks to Mr Murayama, who was the mastermind behind those three games (but left shortly before Suikoden III was released). So he and his team are trying to recreate or revitalize a series that is beloved some 20 years after they had been released?

Things that don't add up 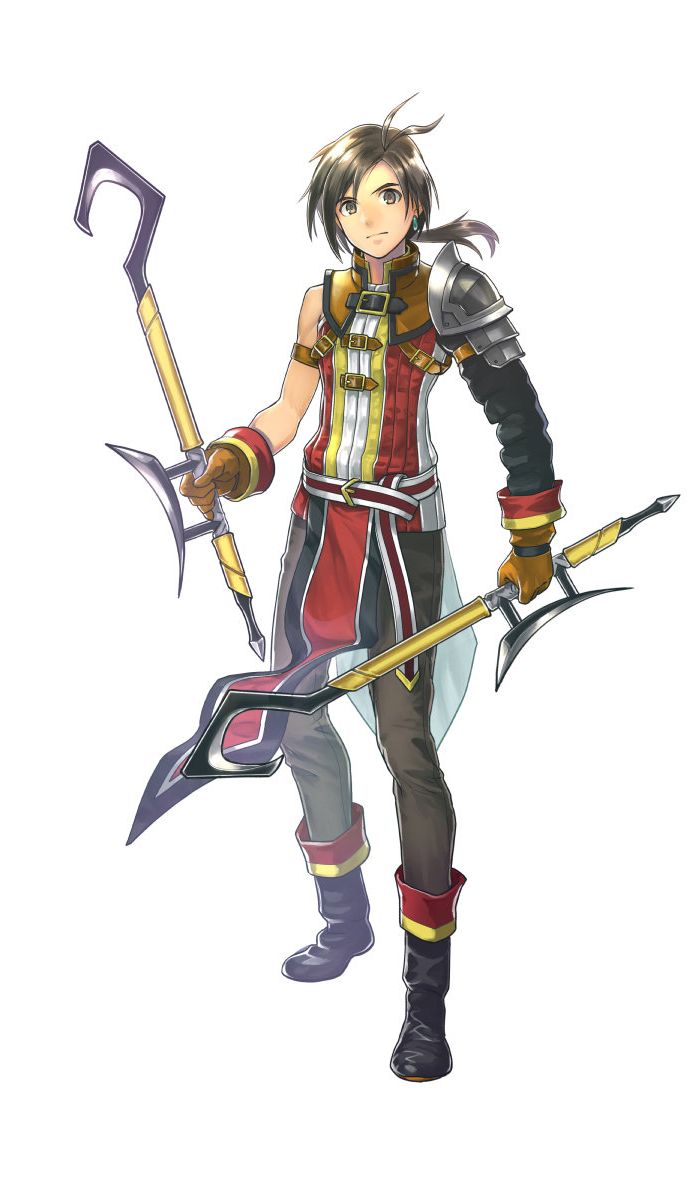 Trying to create new RPGs with the known ingredients of old ones that worked perfectly there did not really work in the past. If you take the Metacritic scrore, Suikoden I received 86%, Suikoden II 82%, Suikoden III 86%, but Suikoden IV only 63% and Suikoden V 76%. Why is that?

Suikoden I - III tell a story that slowly builds up through the games, creates a special bond between players and characters as well as antagonists, and the games just have perfectly balanced characters that are both believable and feel like really human (or humanoid, heh) beings. Suikoden IV and V missed that mark - many of the characters were bland, even key figures.

Take strategists, for example. Mathiu from Suikoden I was ridded with guilt, he misjudged some moments and even didn't notice a spy within the ranks of the army. Shu from Suikoden II was arrogant, sometimes even cruel, but in the end he did things that made so many players like him. Lucretia from Suikoden V, on the other hand, was perfect in every aspect, she made no mistakes, her personality was shallow.

The key elements behind the success of the Suikoden games and what made them so beloved by many still today was the heart these games show and not only what components these games have. 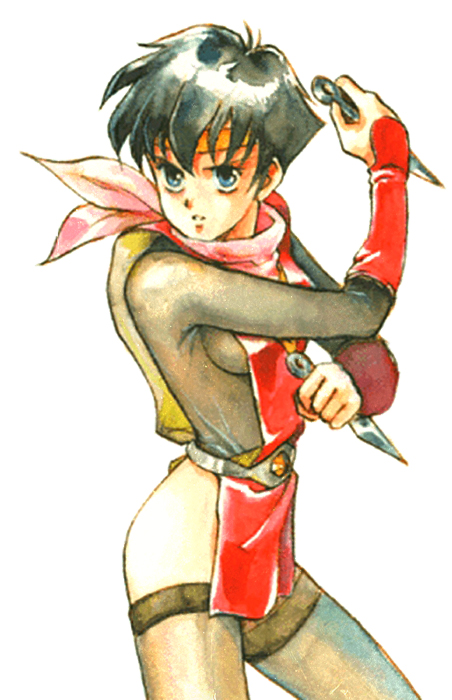 Artwork screenshots and videos presented within the Kickstarter campaign leave a mixed feeling, at least for me. The backgrounds look nice, but the sprites that are too detailed for classic pixel art but not clean enough for hand drawn aesthetics are in some kind of uncanny valley. This might be only me, though, as the animations are very detailed.

The artwork provided by Ms Kawano leave something to be desired. The characters look detailed enough, but her signature style that was so apparent in Suikoden I (See Kasumi's artwork here) and quite refined in Suikoden IV is almost completely lost. The characters presented here look like generic heroes and could be from any budget RPG nowadays. It's a pity because I can see she is still very skilled.

The musicians that agreed to work on Eiyuden Chronicles are promising. Motoi Sakuraba (almost any RPG in the 2000s, but mostly known for Tales of) and Michiko Naruke (Wild Arms) are big names within the industry. But again, the later works of Mr Sakuraba are rather bland, as if he lost his energy that was so overflowing in past decades. 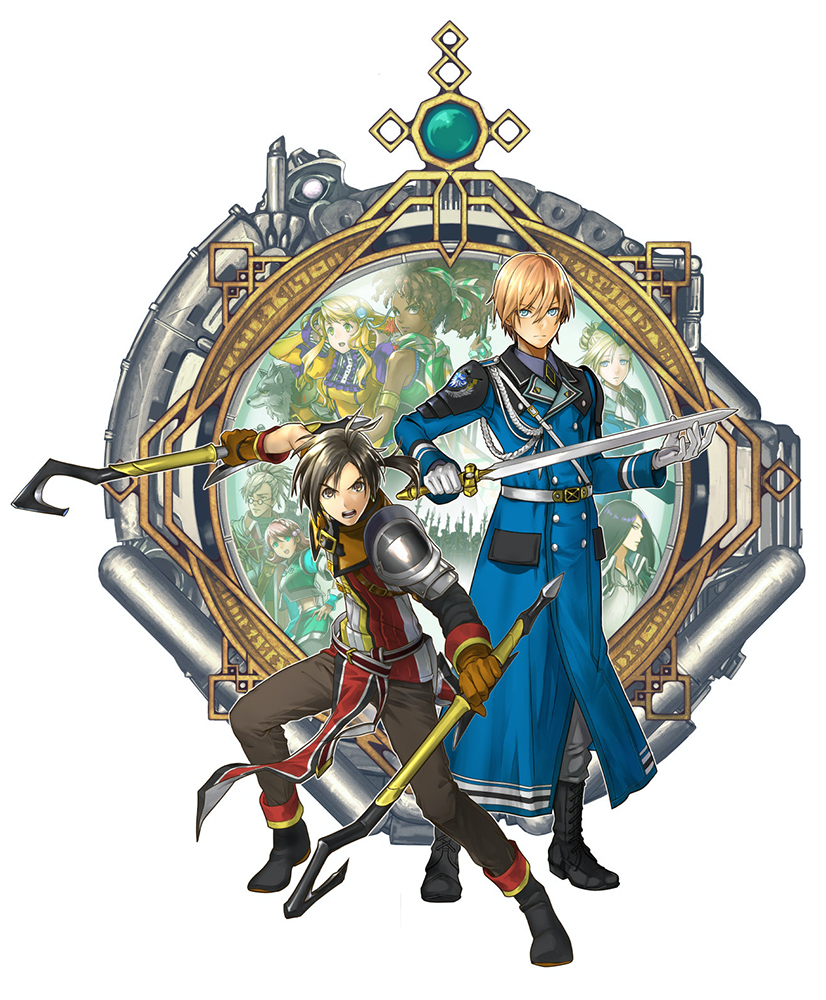 The names of the people behind Eiyuden Chronicles are big and could spark quite some nostalgia for some. But if you look at the team's games they have been recently working on or credited on, things look not so good any more. Mr Murayama did not work much on games after 2005, neither did Mr Murakami or Mr Komuta. The latter also worked on games that previously weren't able to keep the Suikoden flame burning (although I like each of the games personally, but not as much as the first Suikoden games).

Honestly, I am skeptical. The team put lots of love in the game and campaign, and they surely know what a great Suikoden game is, but the things shown in the Kickstarter campaign didn't excite me.

Suikoden IV and V (and Tierkreis afterward) weren't able to live up with the high hopes set in the now legendary first games of the series. The team didn't much work on games in the last few years, and the assets presented were nice at best, but not showing the heart and intensity of whad made Suikoden.

I sincerely hope that the game will prove me wrong and that everything works just as great together that I can feel the warmth and excitement I experienced every time I played the first three Suikodens.