To be released for the Nintendo Switch console by Nintendo / Square Enix, written in 2020

The original Bravely Default game, released by Square Enix in 2013 was one of the first games of some new Series that the famous RPG producing company released. The game marked the return of classic Turn based combat. Although it required some level grinding, the game was generally very positively received and even spawned a successor, Bravely Second. 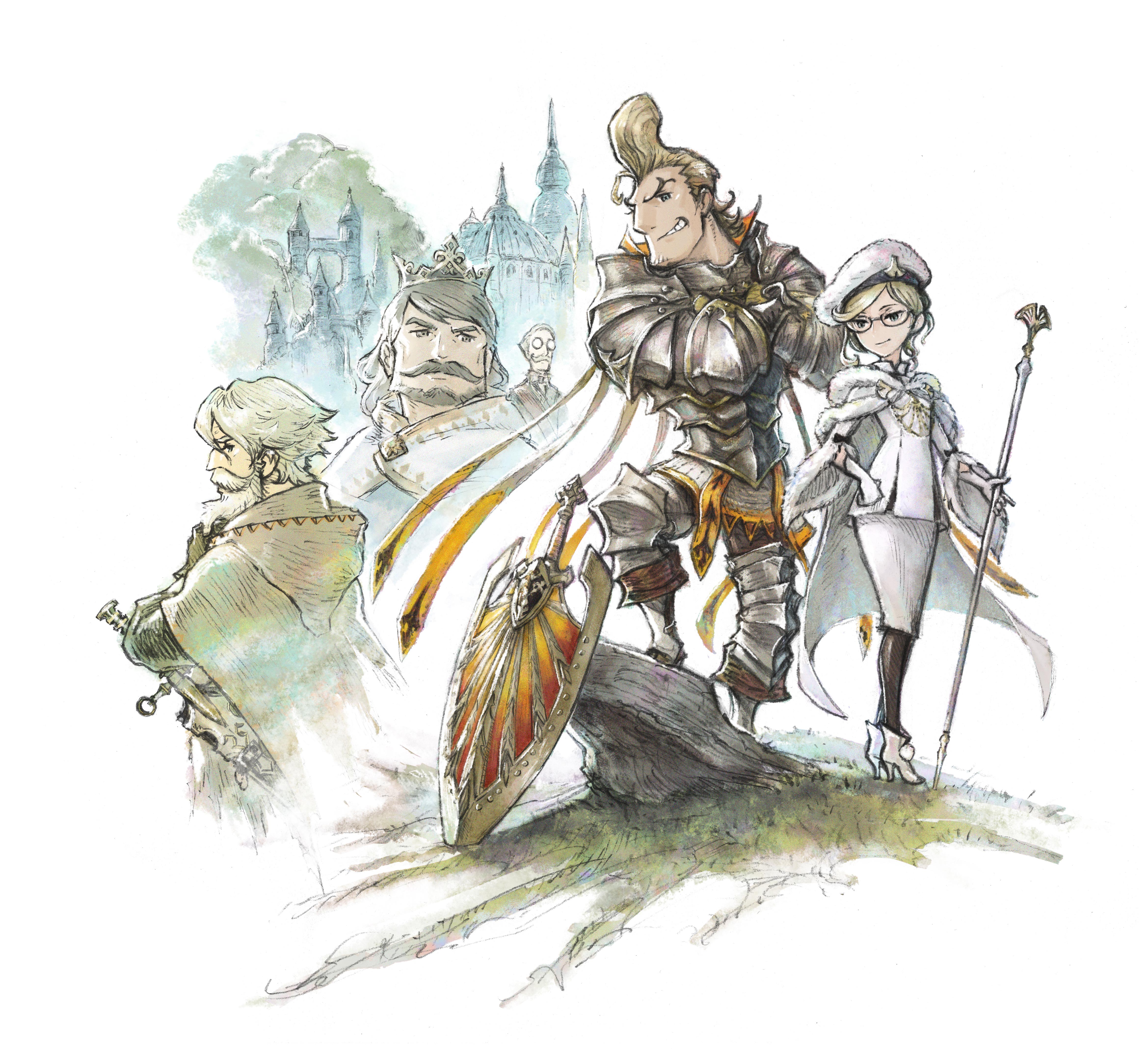 Alas, the second game was not so successful. The opinion by fans was mixed, and for some, the gameplay mechanics in boss fights were frustrating. Also, the story was not perceived as being a strong point of the game. Accodrding to series producer Tomoya Asano, the team's morale was low after the release of Bravely second, so they took care of other projects.

One of the projects was Octopath Traveler, a game that I enjoyed playing at first, but turned out to be a rather underwhelming experience. Most of the stories were quite bland, which is one of the main aspects of a really good RPG. Combat, visuals and music offered quite some enjoyable experience, though.

So now there's a new Bravely game coming up, and the team decided to create a new game with a new story, where only certain gameplay elements from Bravely Default remain, but no story connection is given whatsoever. 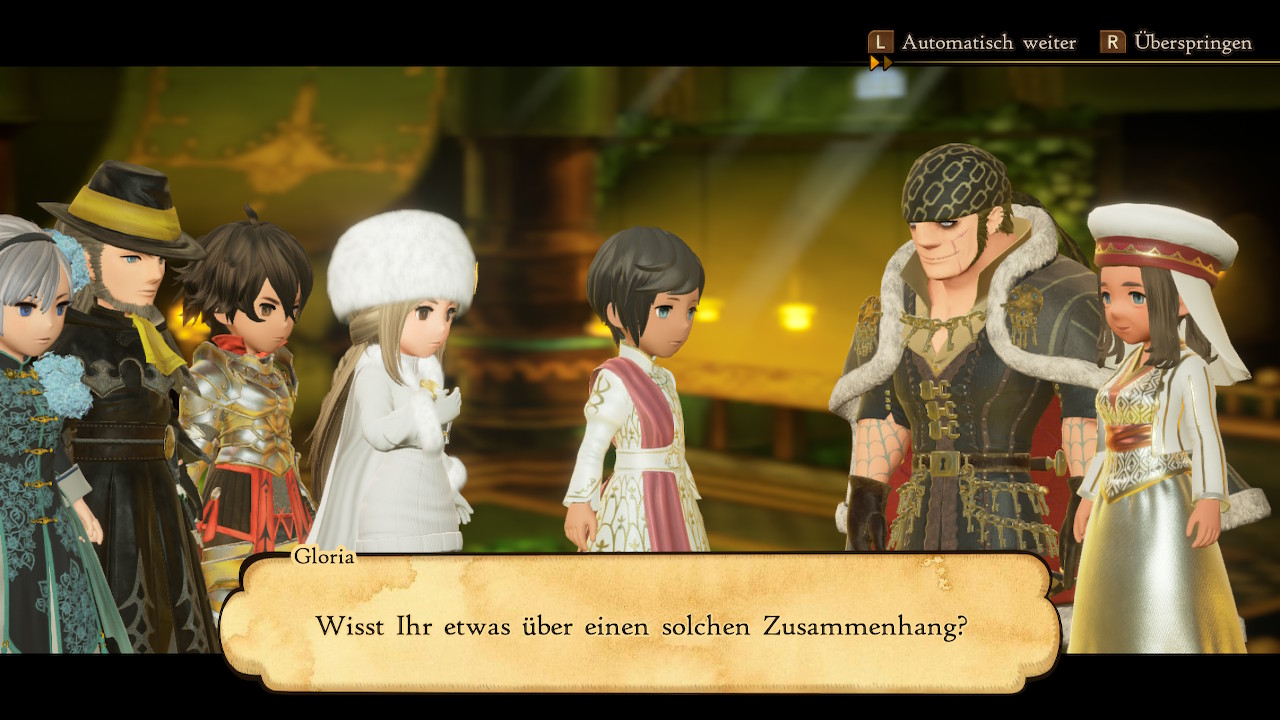 Bravely Default II stays true to its origins and delivers a very classic RPG experience. Combat is menu based, some grinding is required, there are item shops for healing items, lots of status ailments, weapon shops, item shops and different jobs that characters can accept in order to learn certain skills.

In fact, the whole game feels kind of like an old Final Fantasy game, because the items and spells are straight out of Final Fantasy - at least their names. There are Phoenix Downs for reviving fallen party members, Vita for healing and so on.

Bravely Default's combat incorporates a "Bravely" and "Default" style. "Default" lets the character defend, but allows players to save one turn that can be spent later on. Bravely lets characters spend their turns. If players haven't saved up any turns with "Default", they can spend several turns in advance, but then their characters won't be able to attack or do anything until the negative balance of turns is set back to 0.

To have players experience a glimpse of the game, Nintendo released a demo of the game for the Switch game console. The first demo released was praised, but the game was deemed a little too hard, so a second edition of the demo with a lower difficulty has been released.

I like how there was a very extensive demo released that allowed me to get a closer look of the game. And what I played was really fun. The music by composer Revo was very good, gameplay balanced just right that it was neither too grindy nor too easy, and the story presented made me curious about the game. 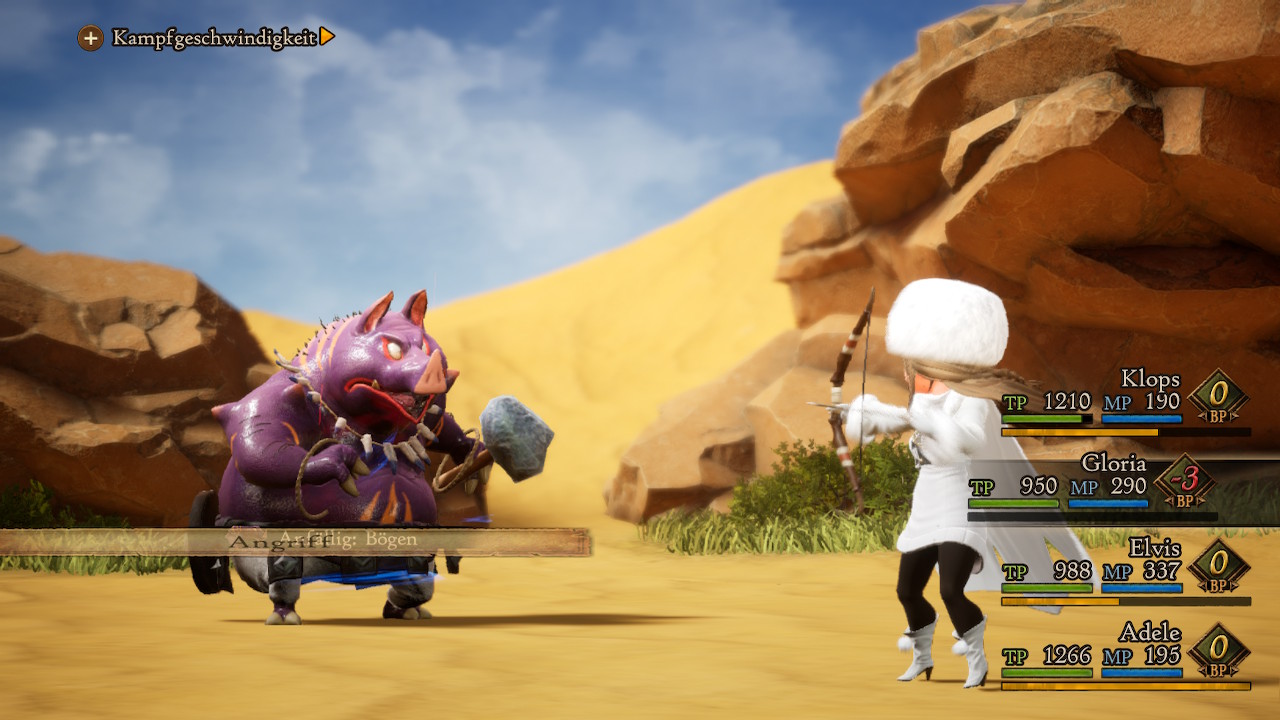 However, this was also the case for Octopath Traveler, which failed to deliver especially in the story parts later on, where in the game the strongest two stories were teased. Also, combat had some tedious moments in Octopath.

The game is being programmed by a new team, although the producers remain the same. I really hope that the high standard set by the demo remains the same in the final game. But I'm still a bit skeptical.

Well, I played the demo, and the things I criticized at our Octopath Traveler review are valid here too. Battles are not too difficult (at least in the demo), but everything feels like work. Battles give players only little experience, monsters have high HP - it's just time consuming.

Battles are frequent, and dungeons are long with only few save points scattered about. Saving is only possible on these save points in the game. Since there's no auto healing between battles, staying healthy is quite costly as you have to use up lots of items during a dungeon. And then, the game also has Octopath's feature of bosses getting more difficult about 2/3rds through the battle, which could last 20 minutes.

But, there are people who like this formular. Take twitter user ZockerOmi for instance - she states: "For me, battles in role-playing games that are tactically interesting are simply more exciting than cannon fodder opponents. I like that (at least most of the time) when battles are not of the "clickandover" type. I also like long dungeons because I like to spend hours exploring and leveling"

So you most likely won't see a Bravely Default II review here. But there are people who like the formula.