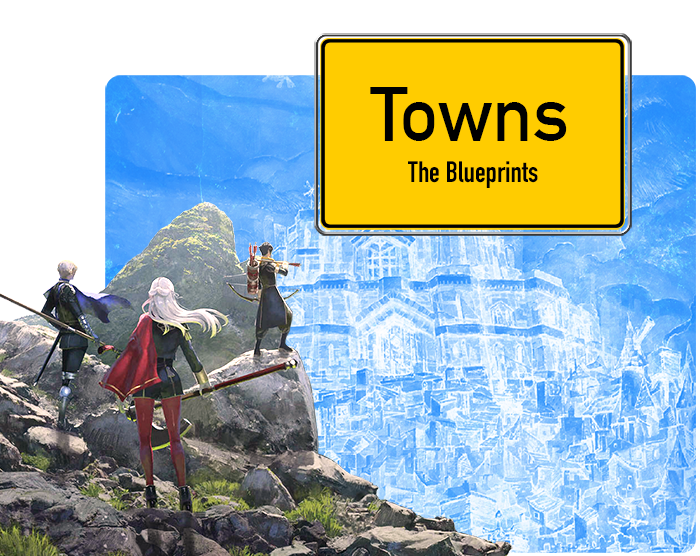 This little list gives you an overview of what types towns in RPGs can have, and how they fit into the overwall style of a corresponding game's world.

The categories here are not necessarily of exclusive nature. There are countless towns in the world of RPGs that combine more than one of the features presented in this article. 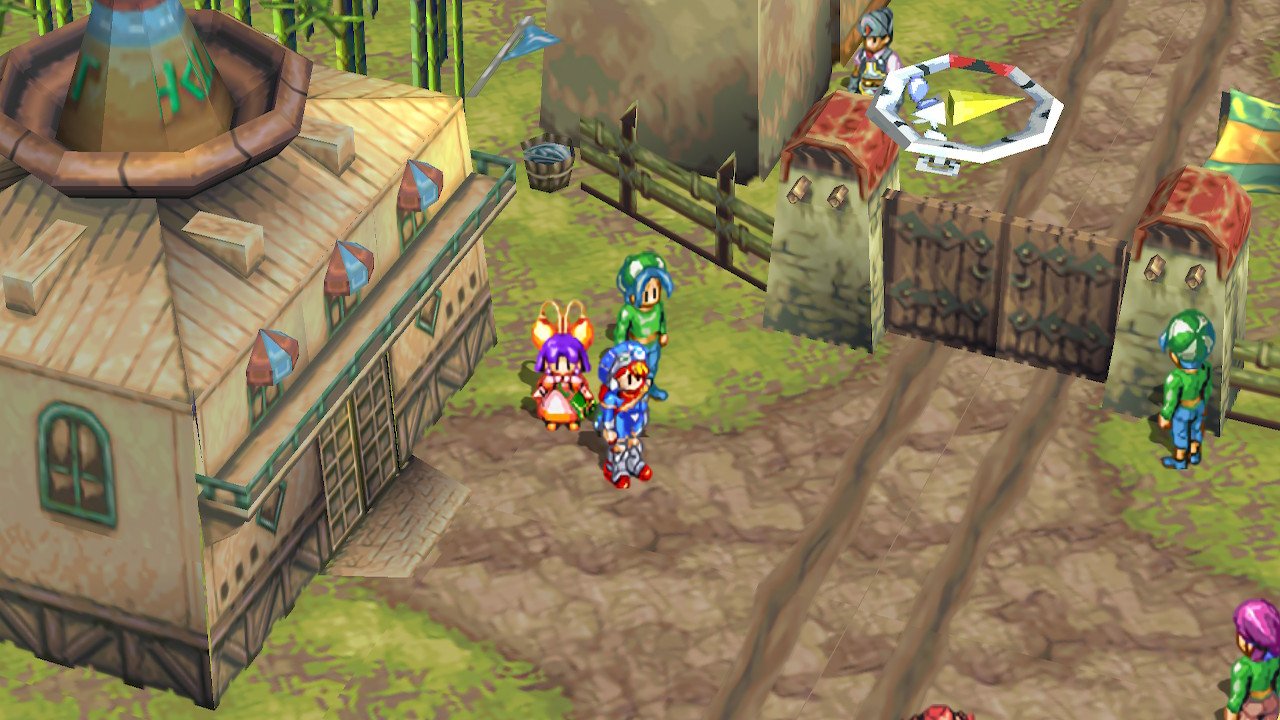 This is the most commonly found town type in many RPGs. In this town, players can walk through the alleys of the city, talk with NPCs, purchase weapons, armor and items and save or heal at inns and chapels or other such infrastructure. Usually, these towns are laid out so that playes will do some exploration. In Xenoblade Chronicles, for instance, there is a high level of vertical structure included in these towns so that players don't just wander around on the streets but also see if they can check out rooftops and the like.

The perspective does not really impact this kind of settlement. There are towns like this in a side-scrolling view, others are displayed from a top down or even first person pespective.

Some games, like Star Ocean, include private actions where players can meet their party members in certain areas to trigger a bit of additional story moment.

The screenshot shows the town of New Parm, Grandia. 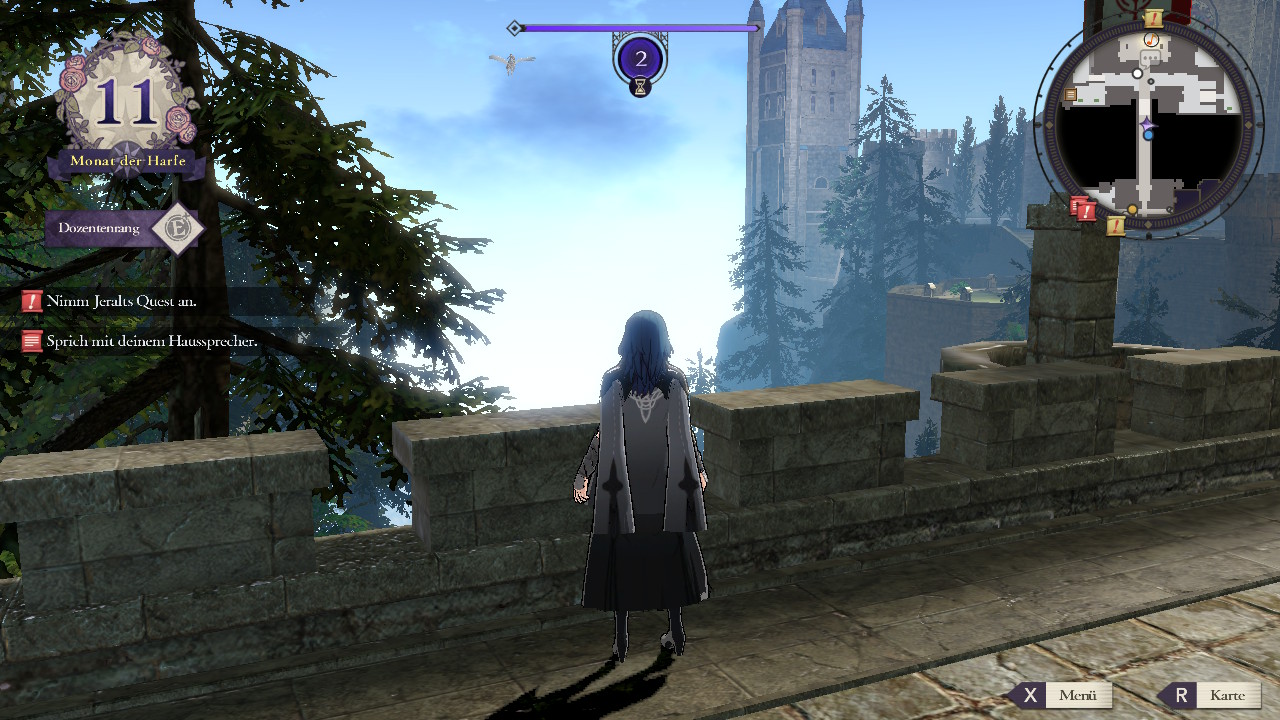 This town is an alternation of a regular town. In some games that let players recruit a bigger group of characters, there will be a headquarter for all of the heroes. And some of these games let these headquarters evolve into bigger towns. These games just play as regular towns.

The biggest difference, in comparison to regular towns here is that every townsperson is part of the army or entourage of the players. So it really feels like coming home after a longer journey. Usually, games that utilize a headquarter town are not focused on traveling through the world but rather do missions and return to said headquarter. 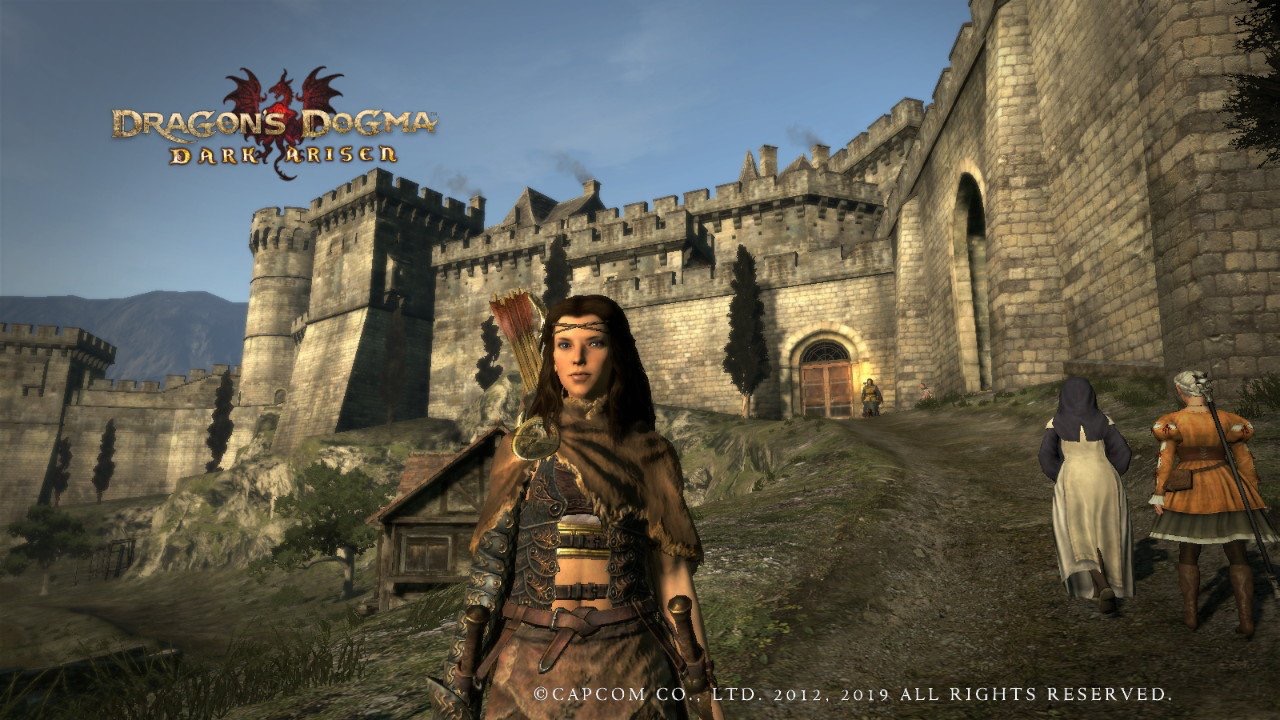 Some RPGs do not have a vast amount of cities, towns and villages to visit but rather focus on one huge settlement which is the basis for all of the player's adventures.

Such a city is a bit related to a headquarter town, with the difference that the town itself does not belong to playes or their protagonists, but rather is just a city that's there.

These kinds of towns will often be used in RPGs that are more focused on the actual gameplay or that are mission-based. In some games, certain towns can play the role of a central hub town, even if there are other settlements around. And then there are games that have multiple bigger towns that can take up that role, like Final Fantasy XII. 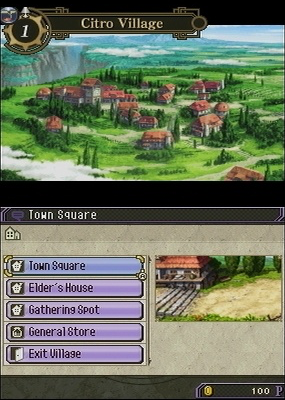 Especially in tactical RPGs, towns are often just represented as a menu structure where players can navigate through certain services a citiy offers in menus.

In this kind of town, there is no strolling around, no talking to NPCs on the streets or within their houses. There are some examples that mix in regular towns, like Suikoden Tierkreis, where players can run through certain areas, but are focused on menus in others.

These kind of towns are popular in games that focus more on gameplay than actually motivating their players to discover the world the game is set in.

Depending on the gameplay mechanics, there are several special towns that don't really fit into any of the aforementioned categories. 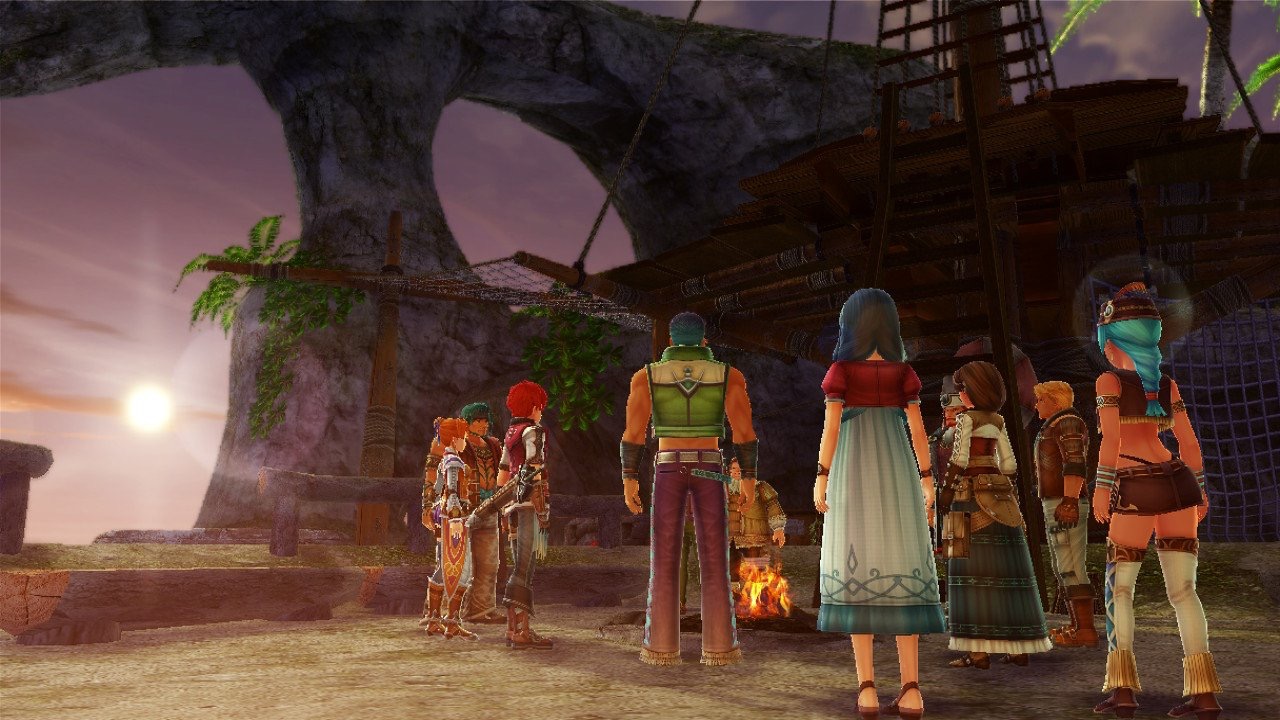 Take Ys VIII: Lacrimosa of Dana for example: The game features sort of a hub / headquarter town, but the town only consists of people who washed ashore after a ship crashed. This town is significantly different to other games:

This town is a refuge, and all inhabitants offer their services for free, since they work together to get off of the island. And there are more examples of towns that just don't fit any of the categories.

There's also TownShip in Breath of Fire 2, which can be used to become a flying saucer, allowing the party to move around the world freely. There are towns like Terranigma, that can be expanded by helping the townsfolk

You see, it's not always the same, many RPGs think about clever solutions how to make village life more interesting.

You are here: main page / coverage / towns / types of towns