The Monster World series is a series which is basically just a subseries of another one - the Wonder Boy games. Wonder Boy started off as a Jump'n'run game in the arcades in the mid-80s, and then was ported to the Sega Master System. The initial game was also released on various other platforms under different names, the most prominent most probably being Adventure Island on Nintendo consoles.

However, the second game started the "Monster World" series - when the action was toned down and Wonder Boy didn't jump around, but rather swung a sword against medieval enemies. 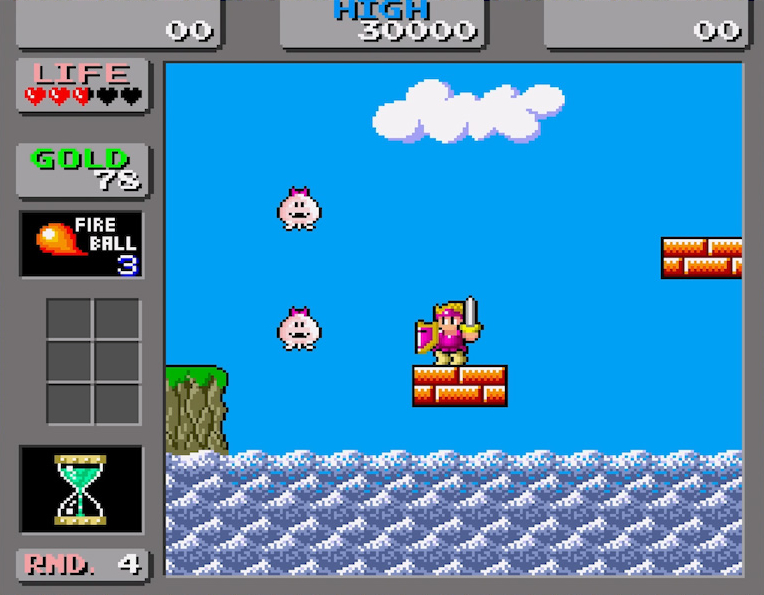 The game is the second Wonder Boy game and starts off the "Monster World" series. It's still more a Jump'n'run, separated in levels with some RPG elements as shops, equipments and some easy puzzles. Yet, it was the first sort-of RPG experience for many, and it was the first experience running around with a sword and fighting monsters for kids in the 80s.

The game was initially introduced in arcades, and even if it was successful, it was kind of unpopular by arcade owners as players could play a long time without putting more money into the arcade machines. However, this game was a huge success for the newly founded company Westone. The game was eventually ported to the Sega Master System and many other platforms such as the C64 and the Amiga home computers. 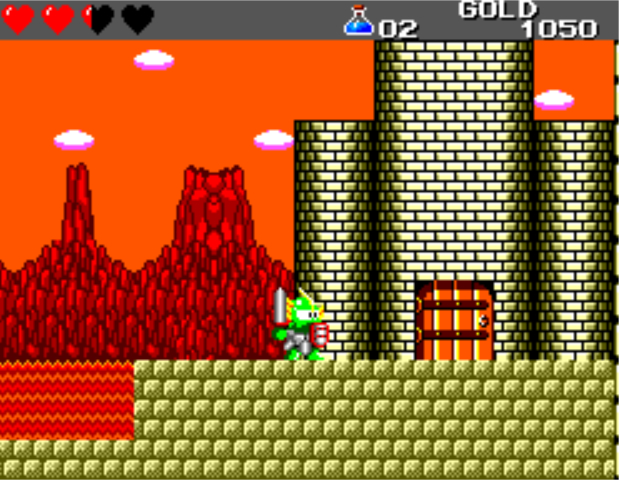 The next game released in the Monster World series was "Wonderboy III: The Dragon's Trap". This time, it was not published in the arcades but rather for the Sega Master System.

The game itself presents itself as a "Metroidvania" game, long before this term was established. All of the locations are interconnected and secrets can be found with new abilities gained later in the game. 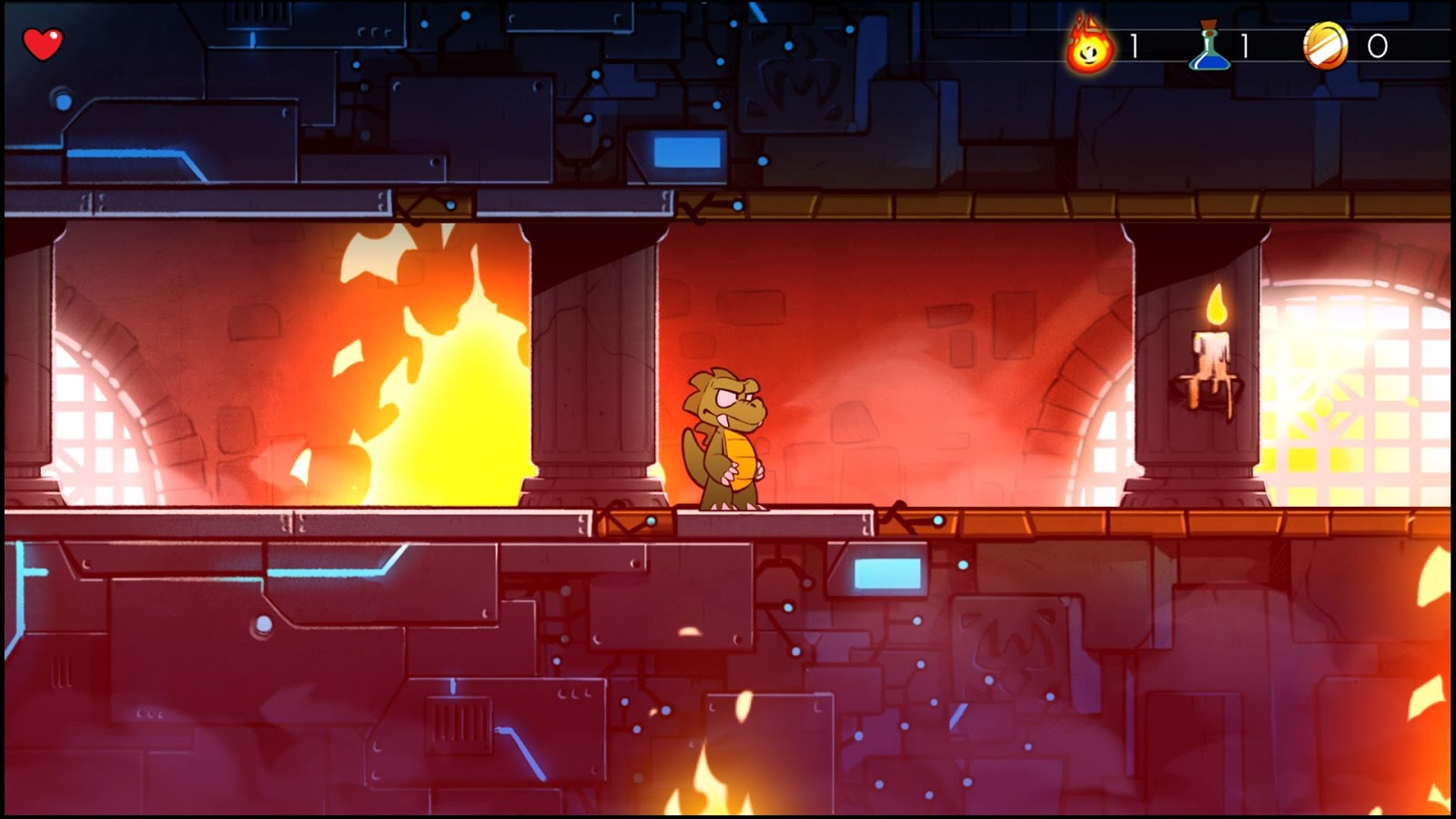 Dragon's Trap starts where "Monster Land" has ended - Wonder Boy defeats the Meka Dragon, but gets turned into a Lizard after the end of the battle. From there on, he has to wander around Monster World to find a cure of how to turn back into his own form. There are several dragons to defeat, where each turns Wonder Boy into another creature with other abilities. Later on in the game, Wonder Boy can switch between said abilities and use the creatures to his advantage.

This game has been remade in 2017 as "Wonder Boy: The Dragon's Trap" (or "Wonder Girl: The Dragon's Trap"). The game has been remade from the ground up, but the gameplay remained the same. Players have the option to switch back to the old visuals and sound at any time if they so desire. They could also start their game as "Wonder Girl", but once they've been turned into an animal, the animal forms are the same.

Even the old passwords from the original game still work within the "Dragon's Trap" remake. You can check our review here. 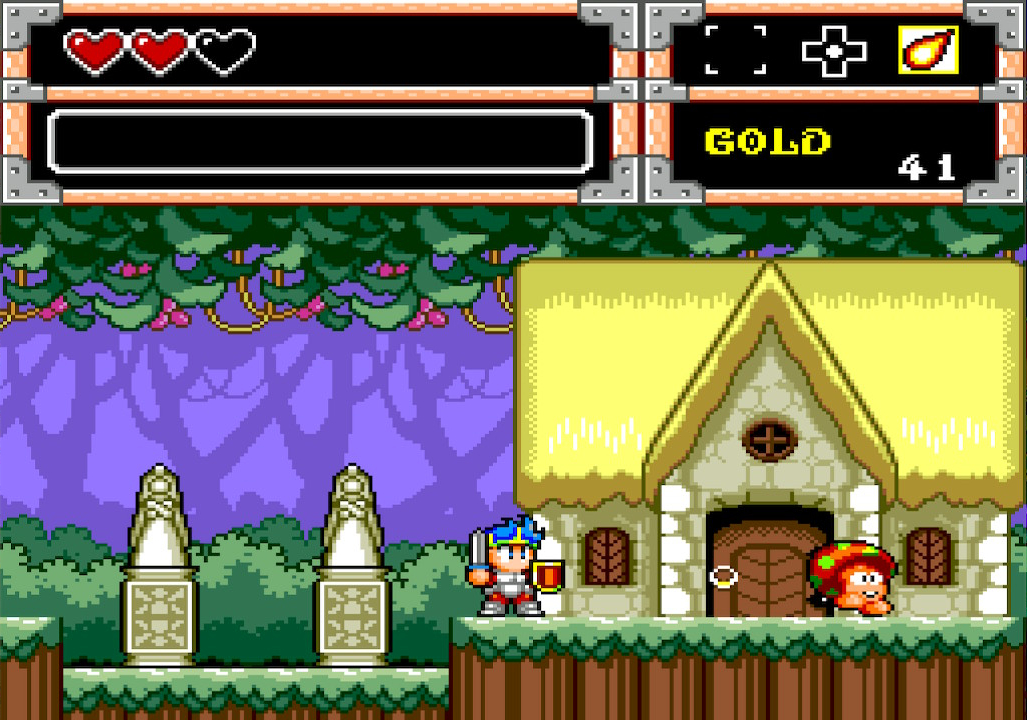 This game was released on the Sega Mega Drive / Genesis. The game roughly follows the same formula as "Dragon's Trap", and it's a Metroidvania-style action RPG at heart. This time, the new hero is named Shion and he's setting on a quest to free the kingdom of Purapril and neighboring lands from a strange influx of monsters.

He eventually finds out that an evil force from space, Bio Meka is behind the monster outburst and had also taken control of the Dark Prince, who fought Shion at first.

The game takes lots of inspiration from other Monster World games. The intro stage is directly adapted from Monster Land, the transformation room which allows to change between animal forms in Dragon's Trap is used here to shrink in size, and the game even takes some inspiration from the very first Wonder Boy game (the beach stages) and the "other Wonder Boy III", which was more of a shooter game. 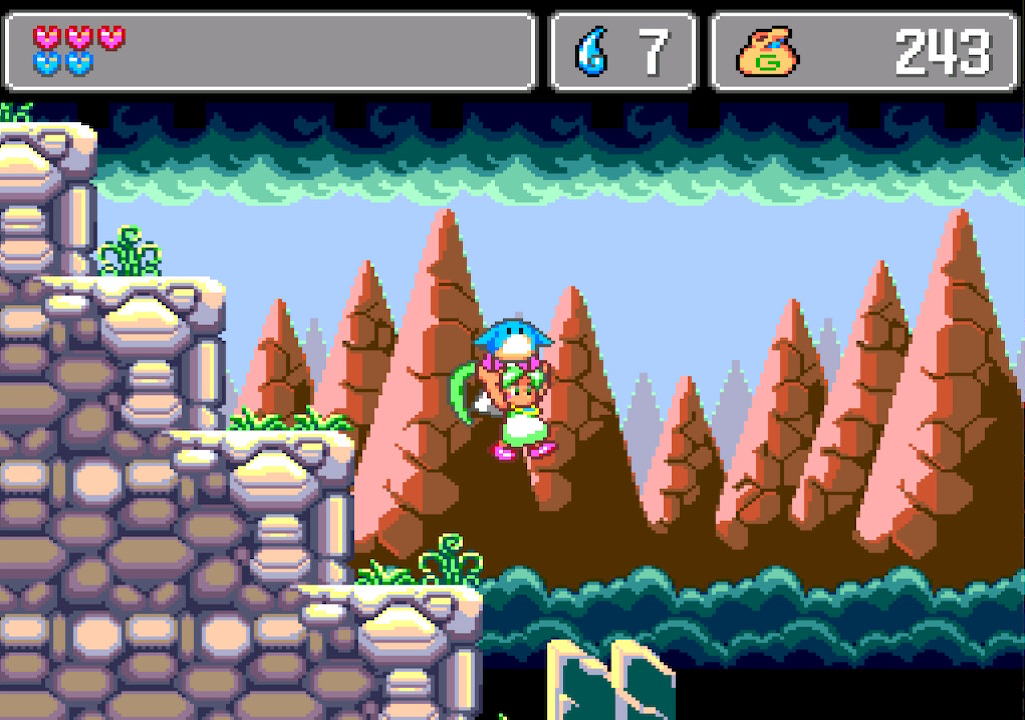 Another game for the Mega Drive, initially released in Japan. An official translation was made, but the game was never released in the West.

This time, the game takes back the "Metroidvania" part significantly. There is a hub city and dungeons can be reached using portals. There is no traversing the lands to be found in this game. However, shops, money, and items that strengthen the heroine, Asha, can be found in lots of places.

The combat is more complex this time, with the option to swing the sword upward, downward, or utilize the shield upon button press. There is also a new friend for Asha, Pepelogoo, which can be used for various mechanics that are used for puzzle solving or Jump'n'run segments. 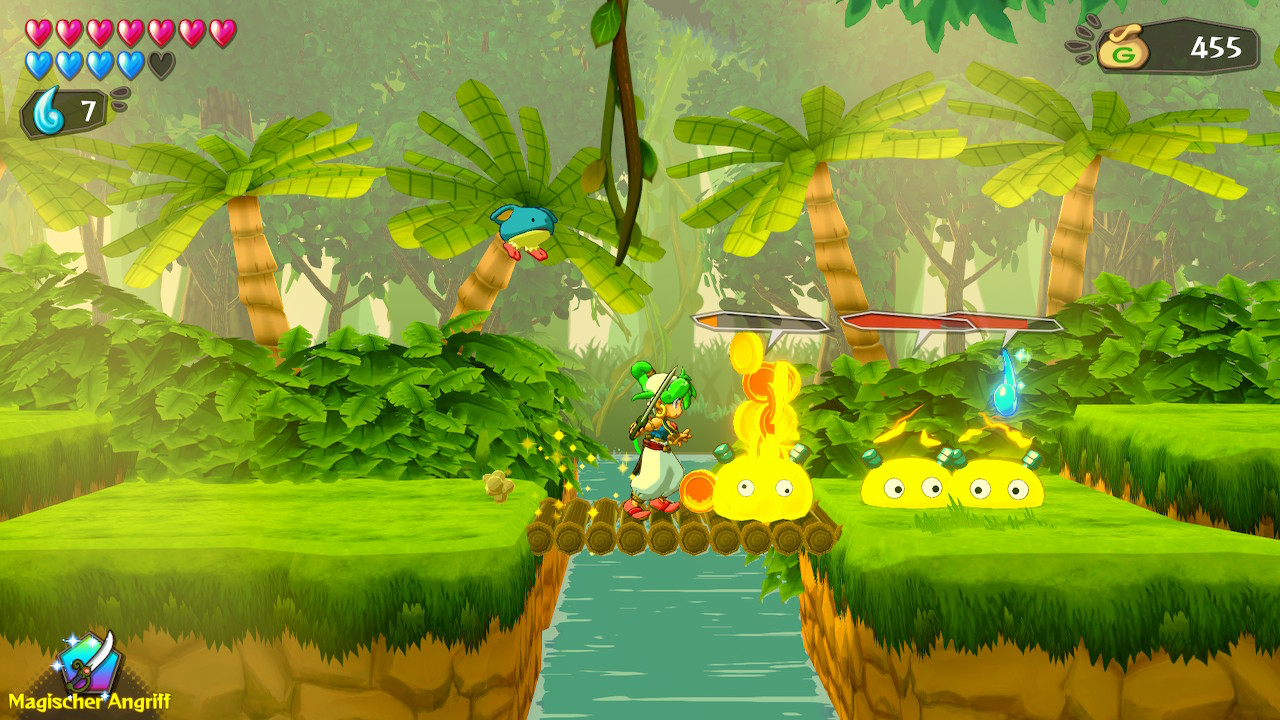 The game was remade in 2021 by some members of the original team in 3D visuals. The game remained roughly the same, although some quality of life mechanics have been introduced (like the ability to save anywhere or to stack up medicine).

This time, the story continues again - Bio Meka returned after some years and used the powerful wizards to bring bad luck to the kingdom of Purapril again. The whole game has a very Arabic theme to it. 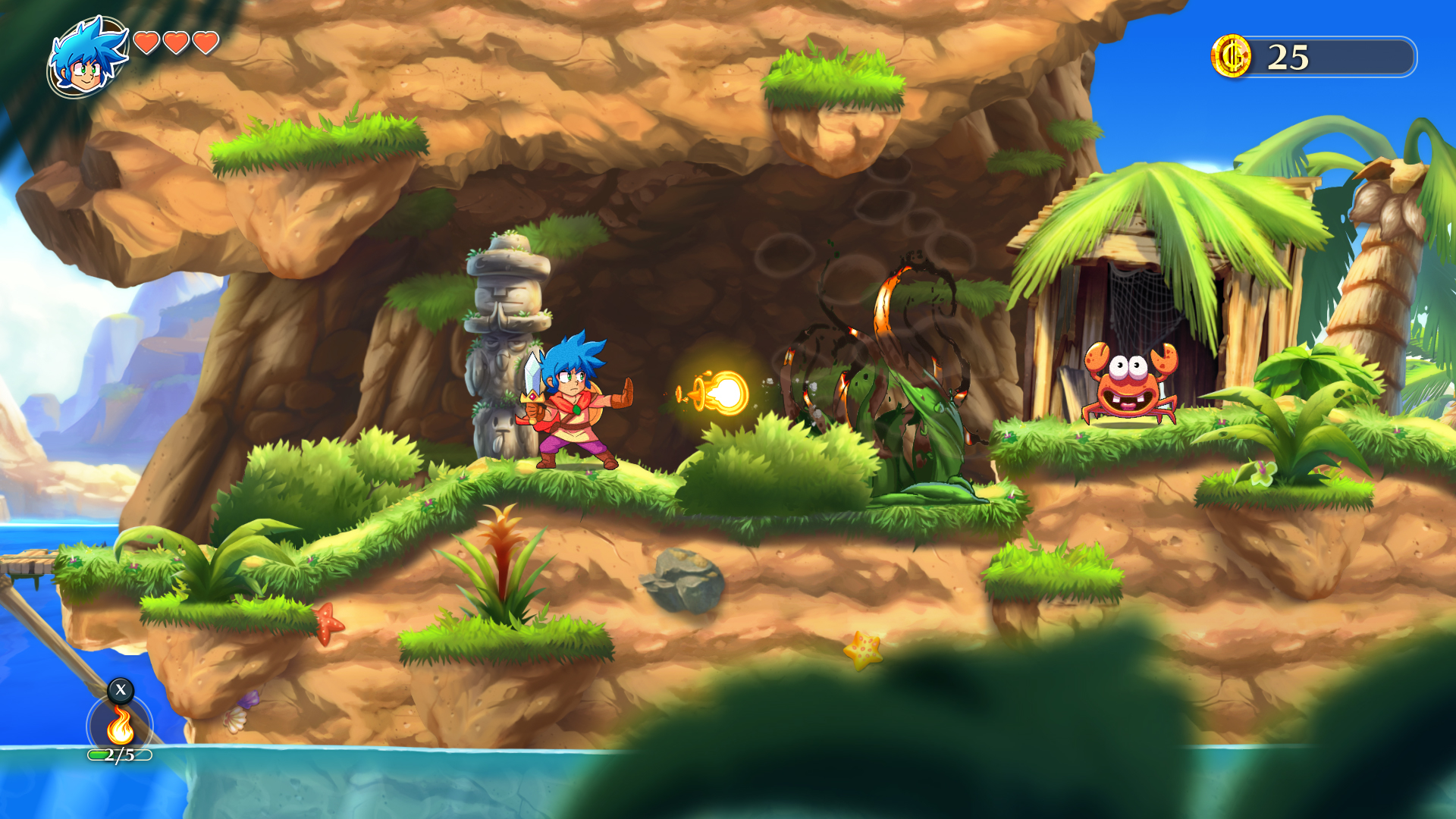 This game came out as a surprise in 2018. Game Atelier and FDG Entertainment, French and German companies, gathered some of the talents responsible for older Wonder Boy games and released this game.

According to FDG, it couldn't be released as a new Wonder Boy game, as the right situation is pretty convoluted. But the game is a Wonder Boy game trough and through, that is heavily inspired by "Dragon's Trap". The hero of this game is also turned into some animals and forced to find a cure for that, while also trying to find out what's behind the sudden change of his uncle's behavior who turns all the people into animals.

Lots of famous people collaborated with Game Atelier and FDG for this game, and it was generally praised.

The whole Wonder Boy series is loved by lots of people. For gamers who grew up in the late 80s or early 90s, the games were among the most famous and greatest ones they'd know.

However, in the midst of the 90s, Westone stopped publishing new games in the series, and eventually even ceased to exist after some years. However, the series is still loved by many, as the great remakes, remasters and even new games show. Monster World is a cozy place with lots of lovable areas, characters and even enemies.