Westone - Tested on the Nintendo Switch in 2022 but played first on the Mega Drive in 1994.

The Monster World games are a series of side scrolling action adventures that have been first introduced in 1987 or 1988 for the home console market respectively. To be honest - calling the first game, "Wonder Boy in Monster Land" an "action RPG" would be quite the overstatement. It's a sidescrolling Jump'n'run with levels and occassional shops that sell equipment. However, the series progressed well into the action RPG field upon the release of Wonder Boy III: The Dragon's Trap and subsequently this game.

Players control Shion, a young man who wants to stop the evil horde of monsters that is ravaging in the formerly peaceful Monster World. He sets out to first find out what happened and in that process saved Queen Purapil, who would eventually tell him the next steps of what to do. The story then unfolded and Shion had to travel all around the realm to help the people in need. 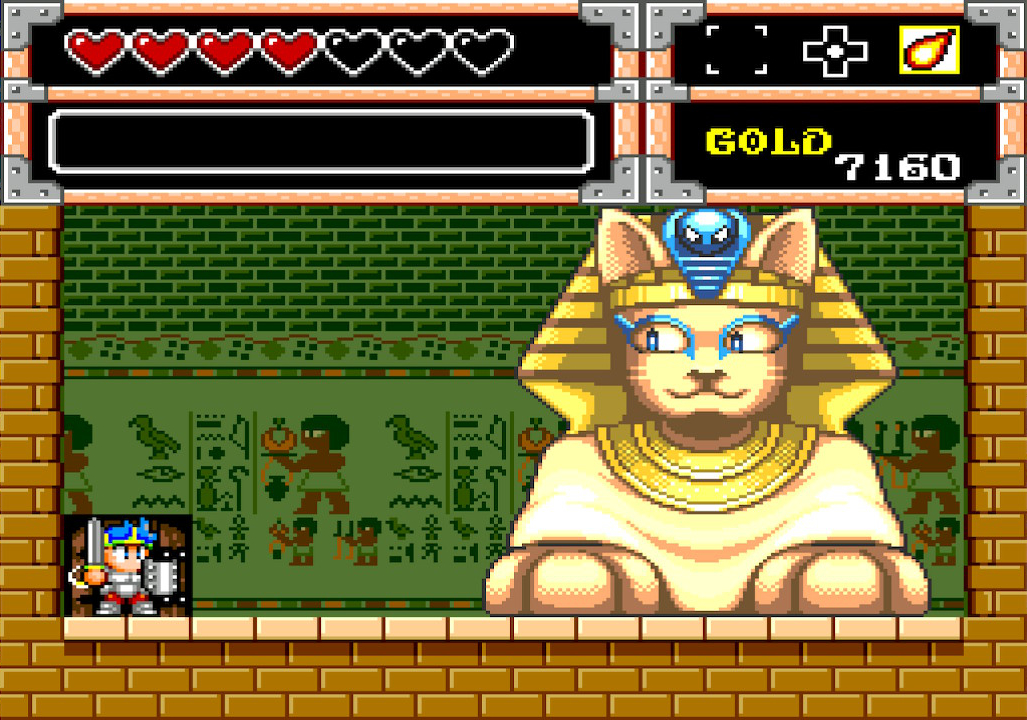 The game is what we call today a "Metroidvania". All of the areas are interconnected where the central town of Purapil. There is no level progression or experience points, Shion gets stronger as he collects heart containers or buys and finds new equipment. The game is basically a "Zelda" game in a sidescrolling view.

Every area that can be visited consists of a larger area that leads to a town and a dungeon. Usually, players unlock a way to traverse a new area, then head to the town of said area and eventually enter the area's dungeon where there are some puzzles and additional combat to be found. There are lots of hidden doors and areas, the game rewards exploration - at least given its year of release.

Shion, however is still the same silent protagonist his nameless predecessor was. 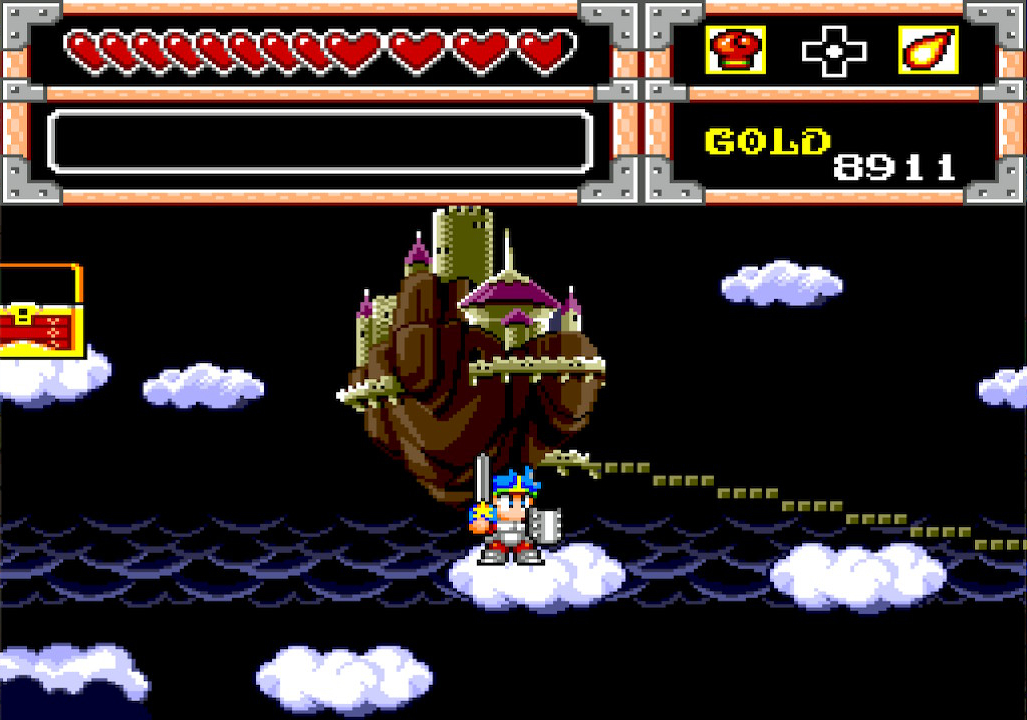 Even if there was a slight split between the "Wonder Boy" games and the "Monster World" games at this point, "Monster World" has lots of references to other games of the series. 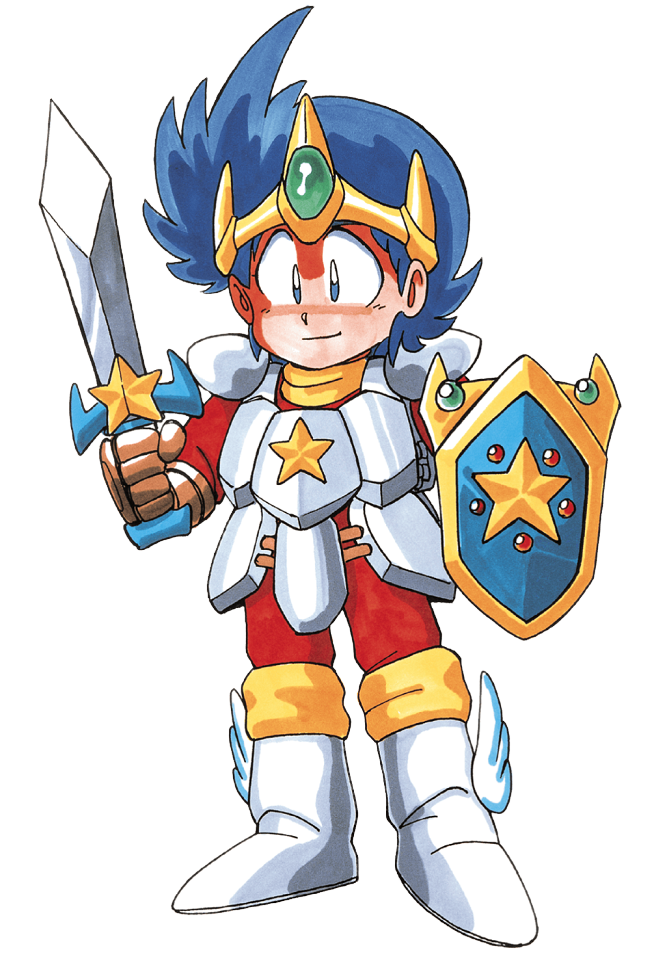 The game itself starts off like Wonder Boy in Monster Land, with the same area the other game started, just with new visuals. The water shrine is the crashed airship from "Wonder Boy III", which was more of a shooter than a Jump'n'run or even an action rpg. There is one scene where Shion has to shrink himself, which had the same room layout and sound effect as the transformation rooms in aforementioned "Dragon's Trap".

There are even some bosses and musical themes from previous games. It's a "Wonder Boy" best of the best and could easily be a good final chapter for the series - but then, "Monster World IV" came, and the series ended with a blast. 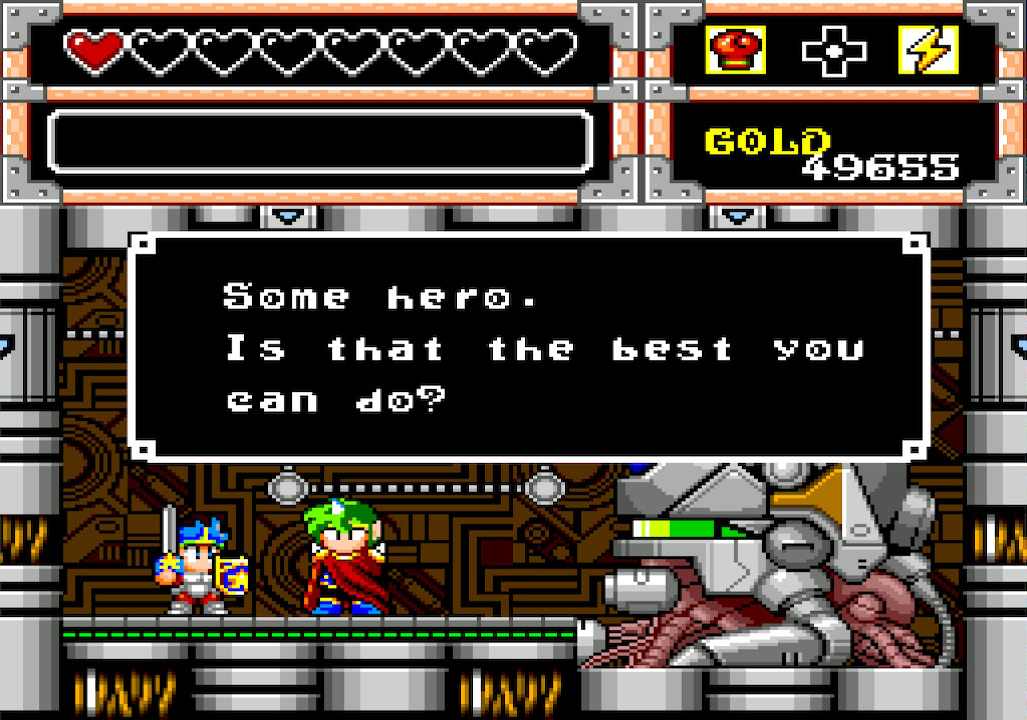 The Monster World games are loved by many (well, almost everyone who's played them), but aside from the first games, never were too much of a sales success. Monster World IV wasn't officially translated until the late 2010s, and new games or remakes don't fare too well either, sales-wide. Even if they're really loved by the players.

The game also has been released as "The Dynastic Hero" on the PC Engine CD with a different soundtrack and a different hero.

"Wonder Boy in Monster World" can be purchased today as part of the Wonder Boy Collection released on modern consoles. It's the original game there, though. The emulation is good, but there are some puzzles that require players to enter specific buttons on the Mega Drive controller, where the mapping of the buttons is not shown. It's only a very short puzzle and it can be solved with a little trial and error, but annoying nevertheless.

I really love this game. I played "Monster Land" on my trusty Amiga back in 1992 when I was still 11, and "Monster World" as soon as I got a Mega Drive in 1994. I enjoyed it a lot and played it over and over again over the years.

However, the final boss is pretty annoying. It was made incredibly hard in the US version (and subsequently the PAL version as well) to stop weekend rentals from finishing this short game which only takes about 4 hours.

But as part of the Wonder Boy Collection and the use of the "rewind" feature, the boss is doable and the game can be enjoyed. It's a lovely piece of gaming history and still enjoyable in 2022.