Breath of Fire is a series that's beloved by many. The first game came out in 1993, just as the golden age of RPGs just began.

Up until then, Capcom, the company behind the games, was rather known for action oriented games, and this was their first foray in the world of RPGs. Based on the fandom that is still active today, this foray that spawned five main games was quite successful and establishes Capcom as a creator of great RPGs! 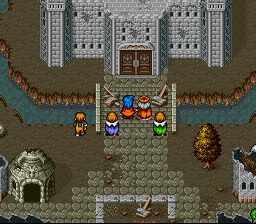 This was the first game that starred Ryu, member of the Light Dragon family and Nina, princess of the winged people of Winlan. The Dark Dragons tried to overcome the world in this game and they terrorized and annihilated the other dragon tribes while also conquering and destroying other people's homes and cities. Behind that scheme is an evil goddess. Ryu and Nina find a group of heroes who join them in their fight against the Dark Dragons and the evil goddess.

The cast of Breath of Fire is very likeable and introduces some interesting races and humanoid characters. The world is colorful and interesting, the music just astounding. Main composer was Yasuaki Fujita (Bun Bun) who also worked on Mega Man 3. The battle system is as basic as it gets, with turn based battles. The random encounters are sometimes painfully frequent, but that's about the only drawback Breath of Fire has. The sprites look a bit simple, compared to later iterations of the series. 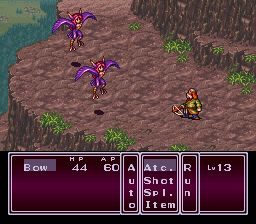 On a little personal note: This game sparked my love for turn based RPGs. Back before I played Breath of Fire 2, I only ever played "Final Fantasy: Mystic Quest" (Mystic Quest Legend) as a turn based RPG, and Breath of Fire II was just so great that I had to love it. Again, players control Ryu, who this time was raised as an orphan after his father and sister vanished when he was still very young. Dragons and Dragon powers were long gone at the beginning of the game and a new religion that worshipped "Saint Eva" replaced the old cult. Again, Ryu is accompanied by Nina, princess of Windia and a bunch of other humanoids.

Breath of Fire II is pretty similar to the original game. It offers similar visuals (although both field and battle sprites are nicer this time), the soundtrack is a bit worse than before (but still has some catchy melodies) and the battle system virtually the same as in Breath of Fire. It's more of the same- but in a good way. If only they had toned down the random encounter rate a bit. 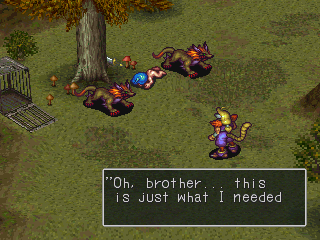 This was the first game that changed the perspective - a little, at least. Breath of Fire III was released after the big RPG hype that started with Final Fantasy VII. This game, however, was much more traditional. The background visuals were in 3D, but characters were still hand drawn sprites, as were enemies - at least the camera could be rotated in 90 degree turns. This time, the story begins with young dragon Ryu being unearthed in a mine. After he killed some people (rather cruel), he turned into a boy and was found by two thieves, Rei and Teepo. About half the game is played with young Ryu, who even met young Nina from Wyndia, the other half with adult Ryu and his friends. The story is pretty compelling and covers many adult themes like slavery, black markets and in the end, a forgotten technology controlled by an evil goddess.

The soundtrack was especially jazzy this time and had some great feel to it. The game was pretty long and offered lots of variety. Sadly, there were some translation errors in the international versions that almost made a certain area unplayable. The battle system was a bit expanded, but still stayed close to its turn based roots. However, Breath of Fire III tries a bit too much in terms of mini games, so many parts of the game require players to finish certain minigames. 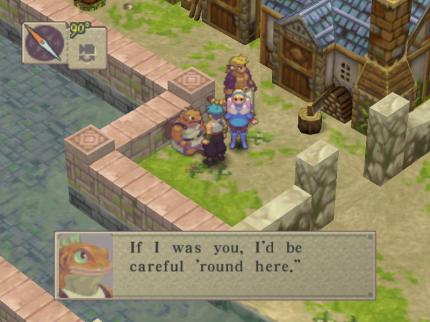 The last iteration of this game is like Breath of Fire II - more of the same. The visuals are pretty similar to Breath of Fire III, but in some aspects breathtakingly beautiful. The sprite work is just excellent, backgrounds detailed and monsters nicely animated. The story is being told from a different perspective this time, the game starts with Nina, Princess of Wyndia, who travelled through a desert, when she stranded and found Ryu. The game also tells the story of Fou-Lou, an emperor from the past who tried to get back into power.

The soundtrack is great and offers some the best tunes I know from RPG soundtracks. The game remains roughly the same as its predecessor. Battles are still turn based, there are still many mini games and there is even a big area that is difficult to navigate, just as in Breath of Fire III. This game was released late in the console's lifespan, so it didn't get so much attention anymore. 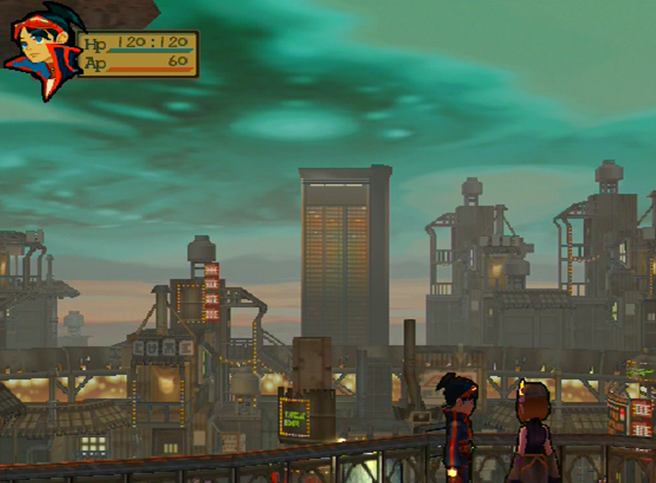 Up until that day, Breath of Fire was always a series that lived by the motto "more of the same". And then came Breath of Fire: Dragon Quarter. It still features a hero called Ryu and a girl named Nina, but everything else is different. Games are still turn based, but also a bit more action oriented, as enemies can be striked before battles. The game itself is intended to be played multiple times to experience the whole story and also a counter is going up that will cause a game over as soon as it reaches 100%. And even small events like moving cause the counter to go up. The sound this time has been composed by famous Hitoshi Sakimoto, who would later compose the soundtrack of Final Fantasy XII.

The story of Breath of Fire IV is taking place underground, after humanity had to flee a devastated world. The air was worse the deeper people lived, so the poorest lived down in the depths of the world while the rich people lived in higher levels. Ryu's mission was to save Nina, who was subject to experiments in order to create people who are able to purify the air. Ryu's Dragon Abilities are very strong this time, but they come with a cost - the always threatening game over screen that will happen as soon as his Dragon Counter reaches 100%. It's a special, but great game. 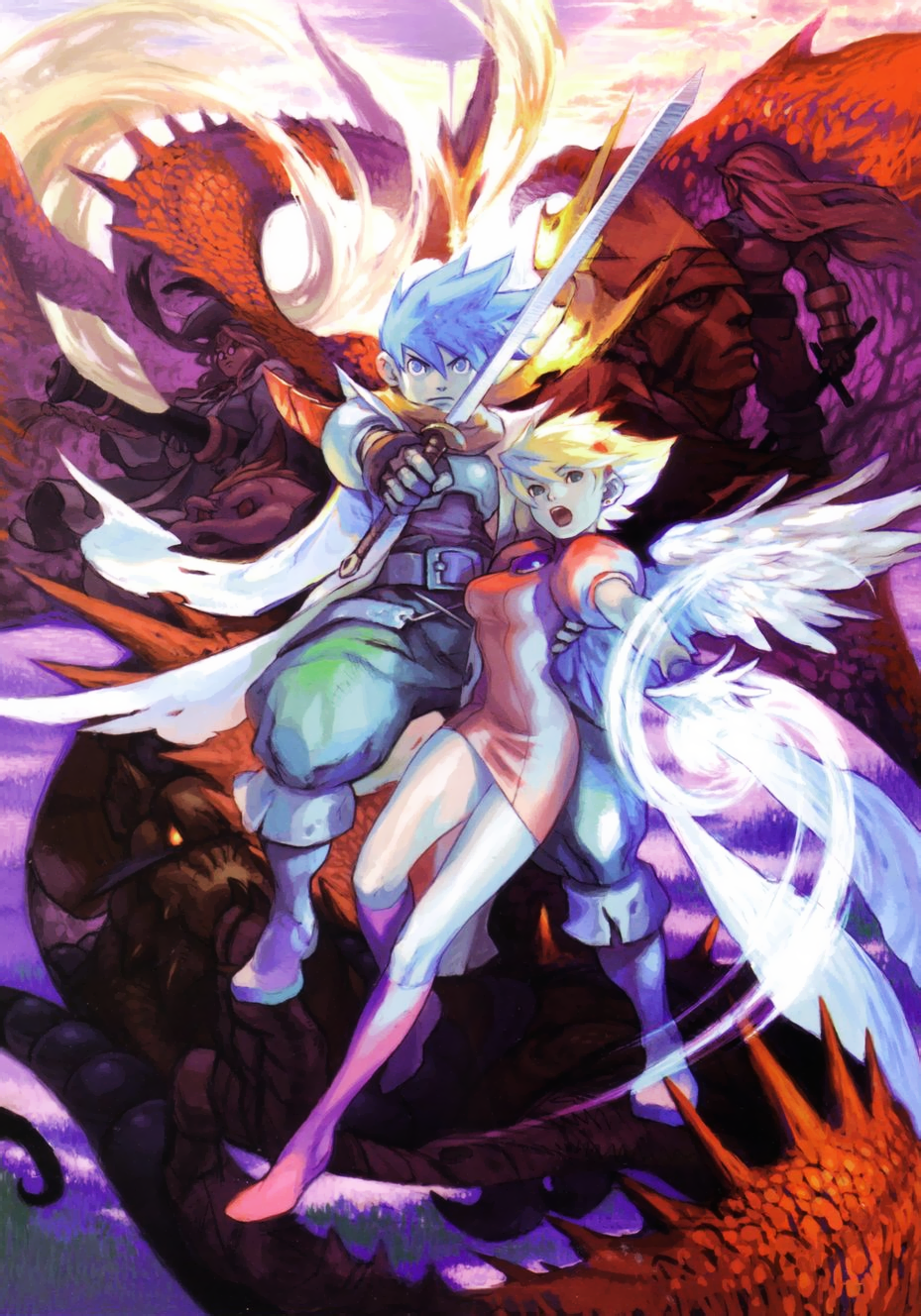 Although the stories are not connected, there are some recurring themes that come up in almost every Breath of Fire game and that often are and were part of intense speculation within the Breath of Fire Fandom.

There is Ryu and Nina, who are the main heroes of every Breath of Fire game. Then there are various races that come up in every new game, even if the worlds are different, like the cat people. Also there is always a character named or based on Deis, who was also a party member in Breath of Fire (and a secret one in Breath of Fire II). And Ryu always has blue hair.

Aren't you missing something?

Sigh... ok. After I ditched talking about the unloved game in the Lunar retrospective, this time I can't avoid it, hm? 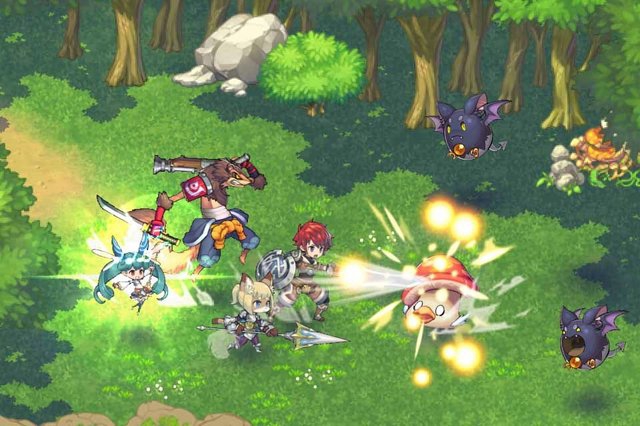 After a long time without a new Breath of Fire, a new game in that series was eventually released. Even with a blue haired Ryu as its sort of main character! The game was an action oriented multiplayer online RPG. Online functionality ended in 2017, though. Players created an customized character who was the sibling of Ryu and had to complete missions with an AI party or real people online.

The game didn't really get much attention and was not rated well in Japan, so Capcom closed all online functionality soon. The game's story had some ties to older Breath of Fire games but was nothing but a placeholder for a free to play game loaded with microtransactions.

You are here: main page / coverage / retrospective / breath of fire