"Why do you ask the question about the best Trials of Mana version?", you might ask. Given that we gave the original game whopping 95% and the remake only received a good 80%. So everything's clear? Well, not really. First of all, our original Trials of Mana review has been written in 2001 by very young and very enthusiastic people, and also there are some other reviews like the one of SwitchRPG, which gave the original game just an "OK" rating. So let's see which version should be played in this day an age.

So let's dive into the versions and see what's our recommendation in 2020! 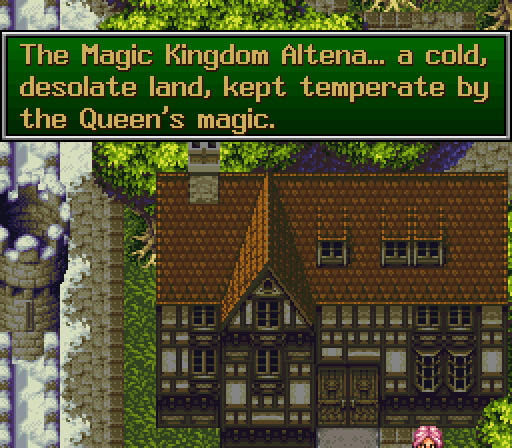 The original game was released in 1995 (with other big titles like Chrono Trigger and Romancing SaGa 3), but since translation would talke some time and the N64 was already released in North America in 1996, no translation was seemed reasonable. So the game remained in Japan.

That is, until a team of skilled translators and ROM hackers translated the original game into english and released it as a patch online. Well, you could play the patched version on an emulator, but it was also possible to use an EPROM and put the game into a donor SNES cartridge for the original feeling.

This is a very good translation that sticks to the original US translation of Secret of Mana, the games' direct predecessor. Gameplay is unharmed by the translation, and many gamers just love this translation as they grew up with it. 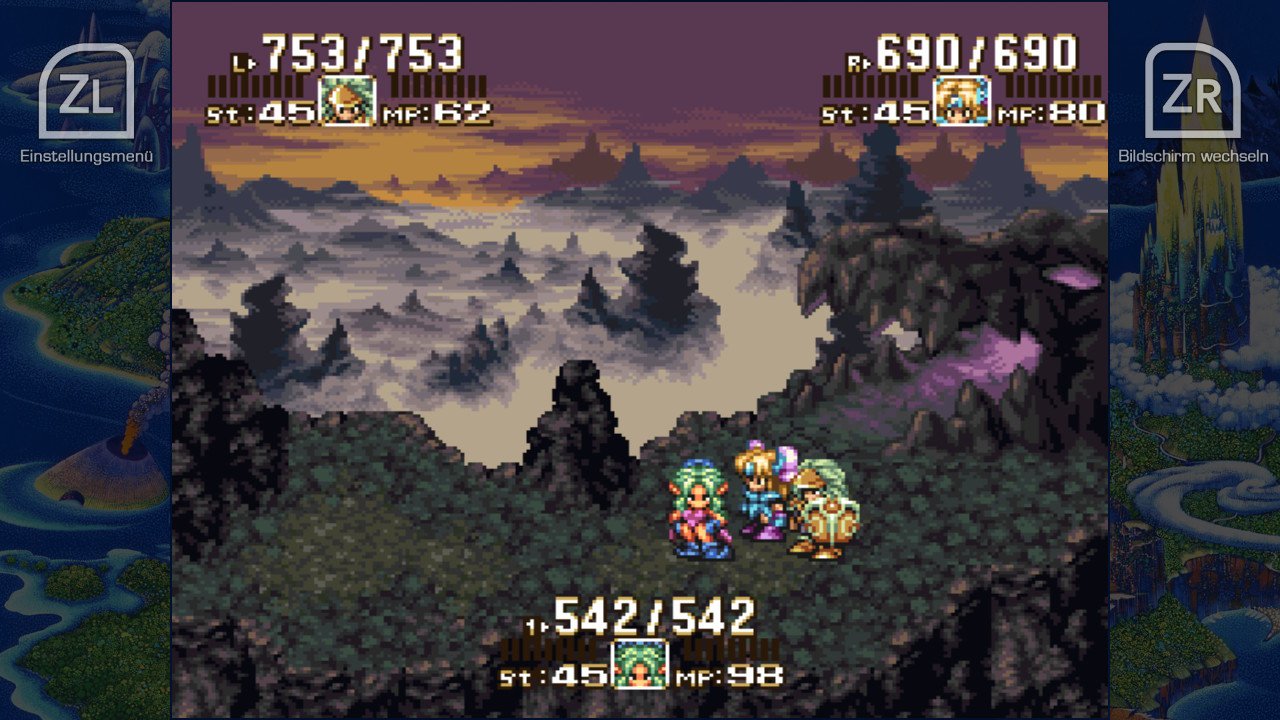 Just 20 years later, Square Enix released a compilation of the first three Seiken Densetsu games. The naming of those games ie heavily confusing (Seiken Densetsu is called Final Fantasy Adventure in the US and Mystic Quest in Europe, for example), but the third game, formerly only known as "Seiken Densetsu 3" was finally given its official name, "Trials of Mana".

The developers did not use any assets of the fan translation, but rather did their own translation from the ground up, in several languages (English, French, German, to name a few). The translation quality is pretty good, and for my taste it's a tad better. But what would you expect from a team of professionals, right?

Remarks regarding the original game.

The game is comprehensively discussed in our reviews and some articles like our class change guide, but let's focus on some aspects of the game here.

Visually, the game is about the best looking action RPG ever released on the console. Graphics on that syste could not get any better, the same is valid for the soundtrack and the sound quality. The compositions are very similar to Secret of Mana, although not as refined as this game.

The gameplay is slow. As soon as a battle is started, character movement slows down, until the battle is won. Navigating the menu is also slow and a bit tedious, as it uses a higher resolution, which makes everything feel slow and sluggish.

The game features six protagonists and three main storylines, but that's about that for the game. There's a famous bonus boss for certain characters. So replay value is here, and for 1995, it's a good package. 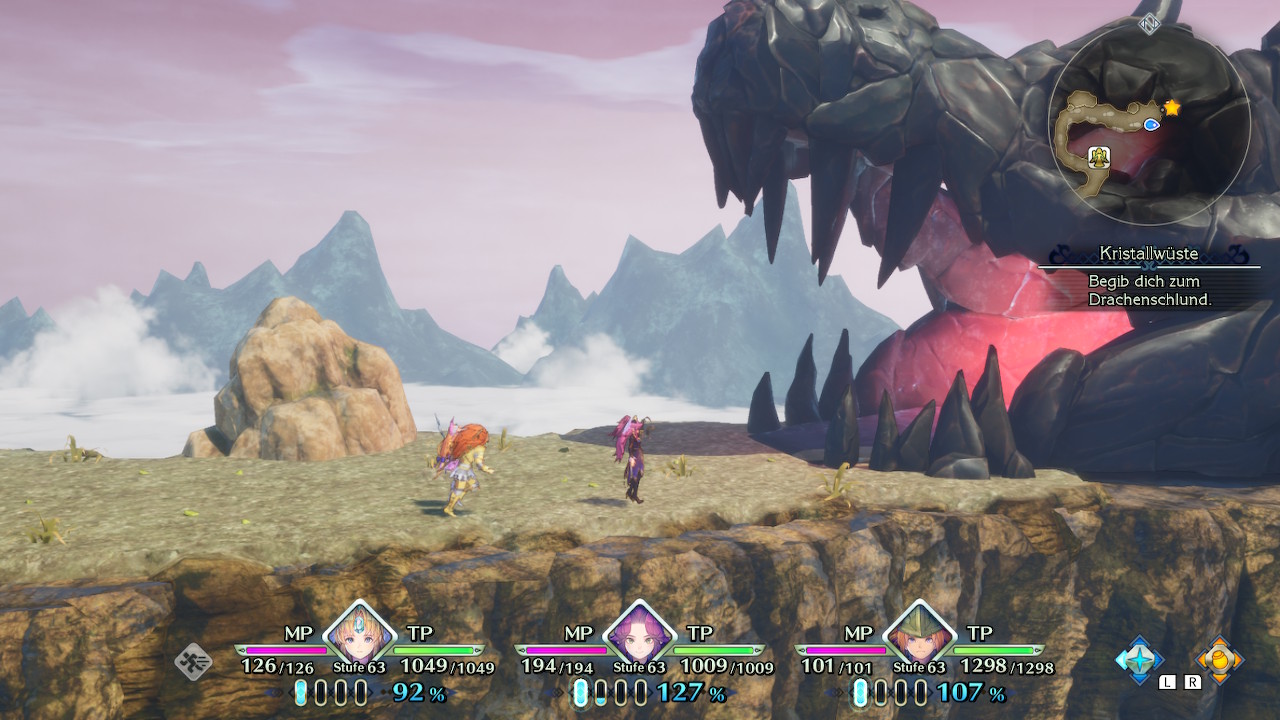 The remake is a whole new game. Combat is now fast paced, characters can jump, although the general structure of the game remains the same. There are still the same six protagonists and three main storylines. Items, enemies, and places are all taken from the original game, the story is basically a shot-by-shot remake with newly added voices.

Visually, the game tries to be very closely related to the original game in terms of styling. However, using a standard graphics engine led to sometimes washed out, rough graphics and blurry textures. Whereas the original game was an AAA title, this game has been done by a team with obvious time and budget restrictions. It is also sometimes a bit unbalanced, but that was also the case in the original game, although to a lesser extent.

The soundtrack, on the other hand, is just superb. It carries the spirit of the original tracks and just covers them in modern instruments and CD quality, instead of the old sampled music from the SNES. 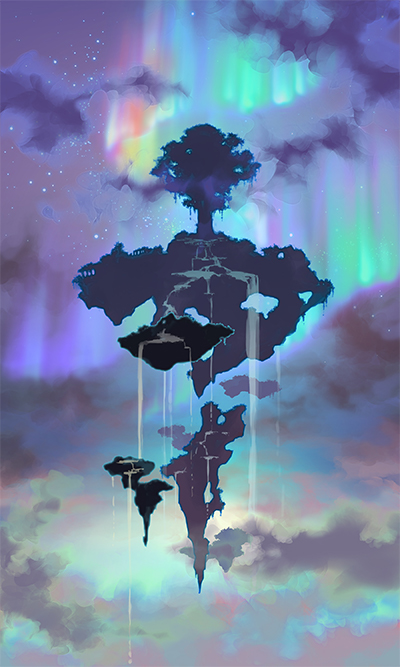 The SNES version is a legendary game, and I have to admit I'm a bit biased. However, online discussions and reviews like the one at SwitchRPG made my review the whole situation.

Trials of Mana on the SNES is a slow game. It's often unfair, sometimes needs level grinding, and has a pretty confusing battle system that is somewhat neither an action system nor turn based. But it looks so incredibly good and has such a compelling soundtrack, what's not to love about it?

The remake, on the other hand, is done in engine that doesn't allow the game to look just as great as true triple A games, it sometimes lacks balance, and some new gameplay elements are kind of poorly executed. But it is a more modern game. And it offers more content as well.

Our recommendation: Play the remake, preferably on the PlayStation 4 console or Steam - the Nintendo Switch version is visually inferior, but it gets its job done if a mobile experience is required. It just plays faster and is eventually more fun as you get to know how to avoid damage and hit enemies hard. The added content is just the icing on the cake, and the visuals are still good enough to create the same atosphere that was so great on the original game.