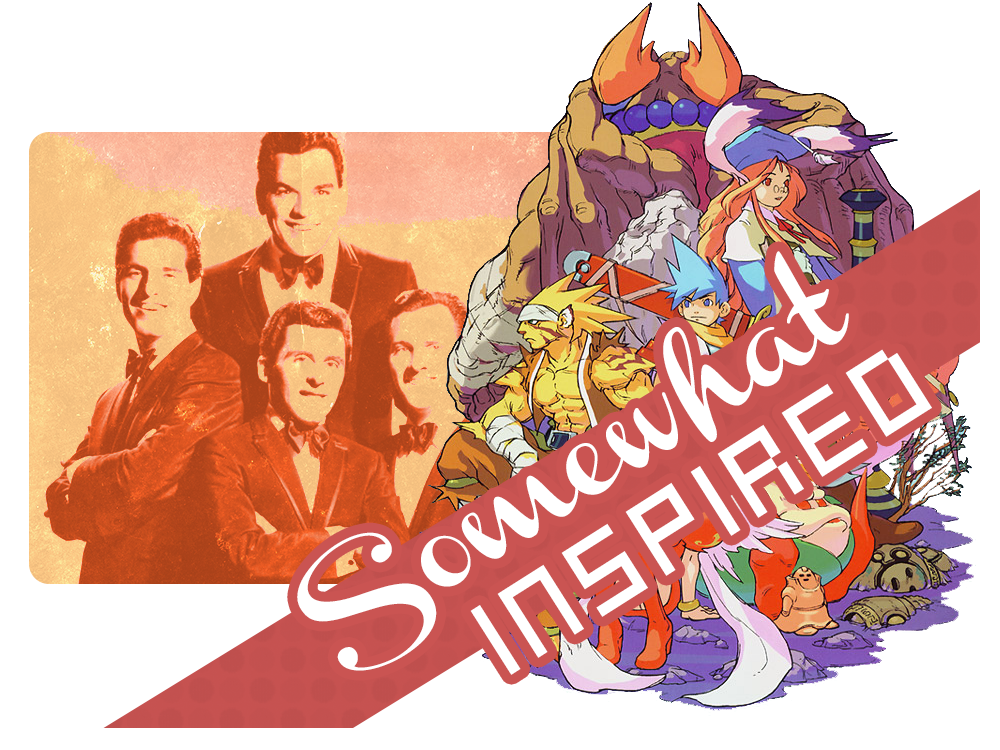 On this page you'll find some songs that I think have some similarities to certain RPG tunes. To be perfectly honest with you, I haven't found out if this connection really does exist or if it's just a mere coincidence. Feel free to find out for yourself, and if you have any feedback, just let me know! Contact options can be found here! 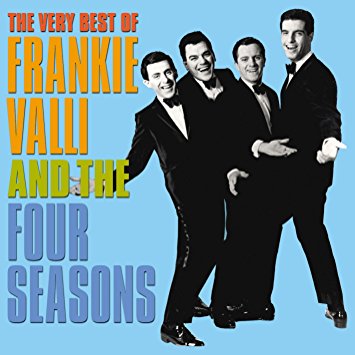 Breath of Fire III and its inspired soundtrack

This was the song that brought up the idea to this report. Well, not exactly this song, but its remake. In 2005, an artist called "Madcon" released his version of "Beggin" and I was surprised how similar the beginning of the song was in comparison to the Breath of Fire III battle theme.

Since the two guys at the beginning of the 2005 "Beggin" are playing a console game, I initially thought that this song was inspired by Breath of Fire's soundtrack. But as it turned out to be, the original song, recorded in 1967, has the exact same beginning. 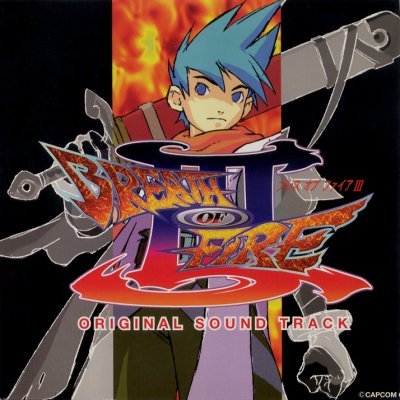 So it appears that Akari Kaida and Yoshino Aoki indeed took their inspiration from "Beggin". Breath of Fire III's soundtrack is pretty jazzy which fits to the atmosphere of the original song. 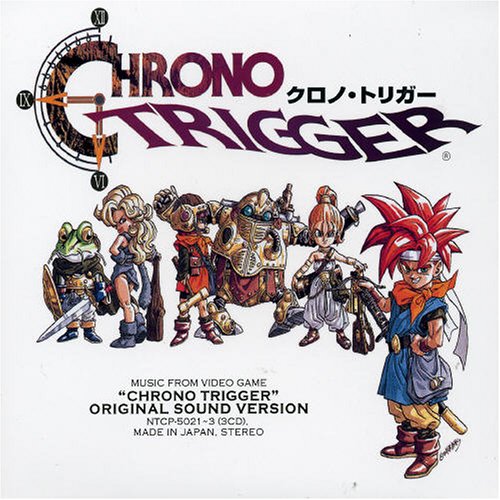 But wait, there is more!

The forest theme from Breath of Fire III bears a striking resemblance to Chrono Trigger, a game that had been released just two years prior. The general tune is very similar, the chord structure is almost the same. 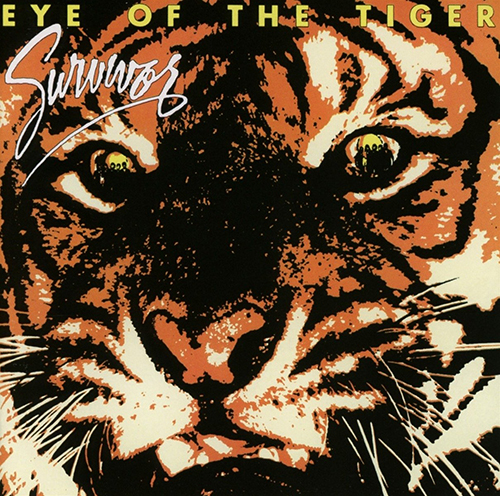 And there is even more!

Even famous "Eye of the Tiger" got a reminiscence in that game! Here, the version is slightly altered (it's not as obvious as it was with the Chrono Trigger and Beggin case), but it's still easy to identify!)

Survivor (original): Eye of the Tiger 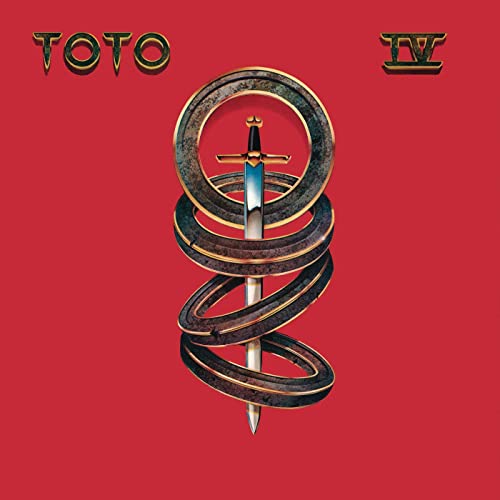 This one is a bit controversial, but I think that this tune has some moments where it resembles famous "Africa" from the music band Toto. Our friend buerviper disagreed on this one, but I leave the discussion up to you. 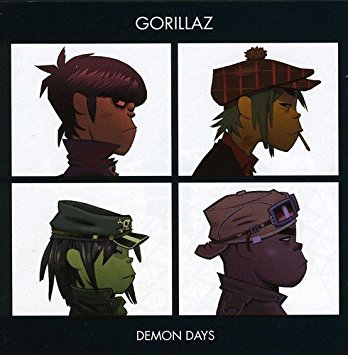 Now we're getting a bit more into trickier terrain. In the example above, the chords and melody are a clear inspiration, but this time we need to dig a bit deeper. When I first heard "El Manana" back in 2006, I was immediately reminded to the last dungeon theme of a game I just played: Suikoden III.

It's not so clear at first glance, but if you listen to the beat very closely, you can hear a connection between the two songs. The atmosphere and melody is somewhat similar, but the beat really bears a striking similarity, if you ask me. 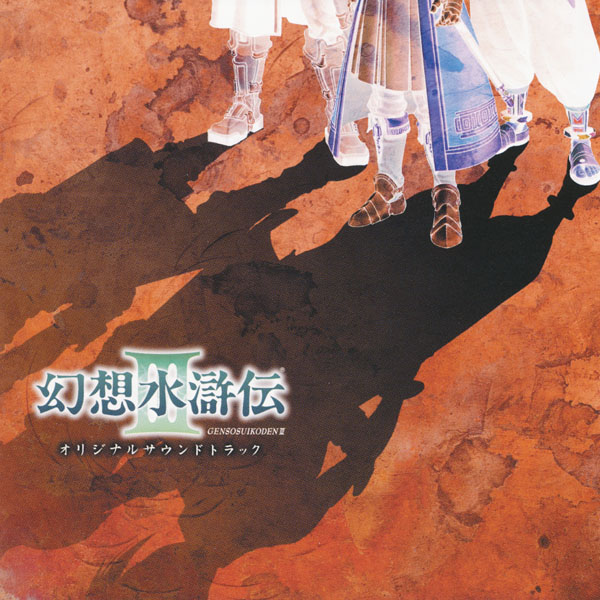 In "Complex Thoughts", there is a congo drum that plays in the background of the whole song, and you can easily add the rhythm of that congo drums to the other song. I wonder how many of you feel the same. 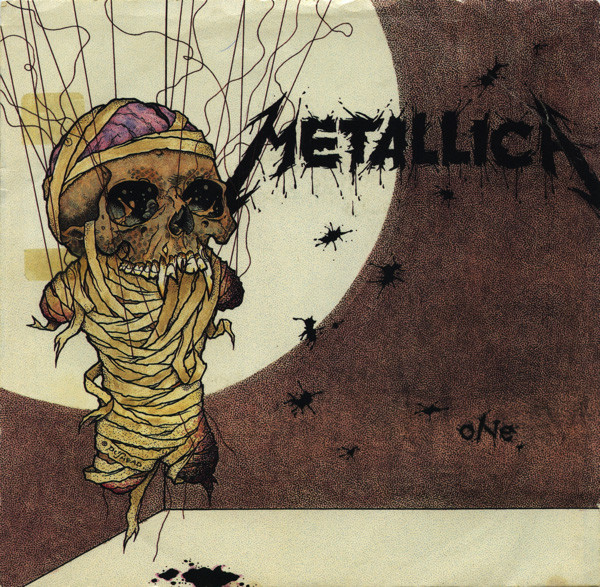 This one is quite interesting, since the songs sound pretty much alike if you listen to the first few chords and considering the fact that they have been released only months apart in 1988.

Ultima was released later on and the tune was used on the title screen, so maybe the track was really heavily inspired by "One". David R. Watson, the guy that composed the soundtrack of Ultima has no ties to Metal or Metallica whatsoever though. 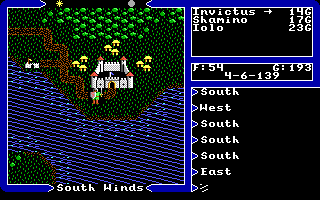 I checked if there might be some involvement in one of the participating bands, but it doesn't seem to be the way. Anyway, it's nice to see that inspiration of pop music in video games dates back as early as 1988. 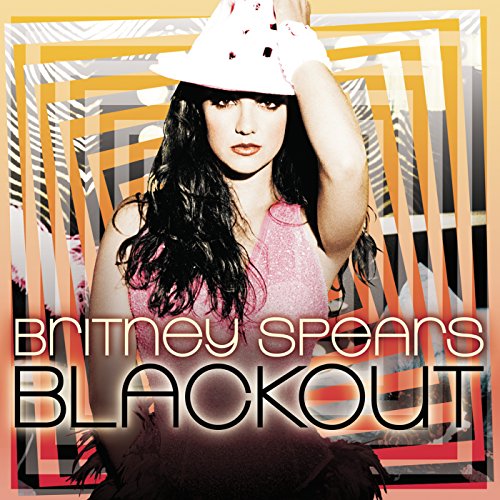 Another one of those songs where I start humming the game melody over the pop song whenever I hear it. In fact, "Gimme More" reminds me so much about "Nightmare", that I actually bought the song on iTunes and put it in my "Favorite songs" playlist. And just to make sure: pop music is definitely not my cup o' tea.

Britney Spears is around my age, but her career and song performances do not show any special connection to video games whatsoever. And I especially doubt that Ms Spears has ever played such a niche RPG as Breath of Fire II - so "Inspried" is a bit of a stretch here. 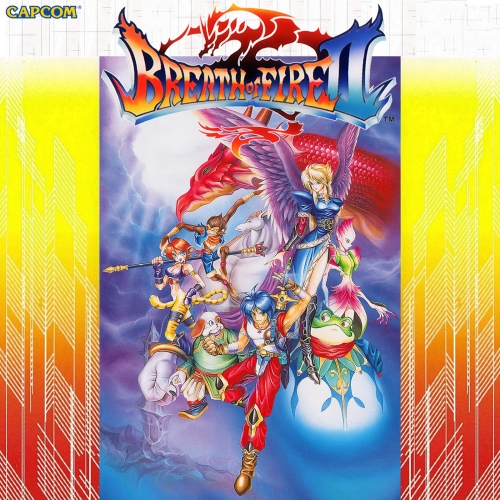 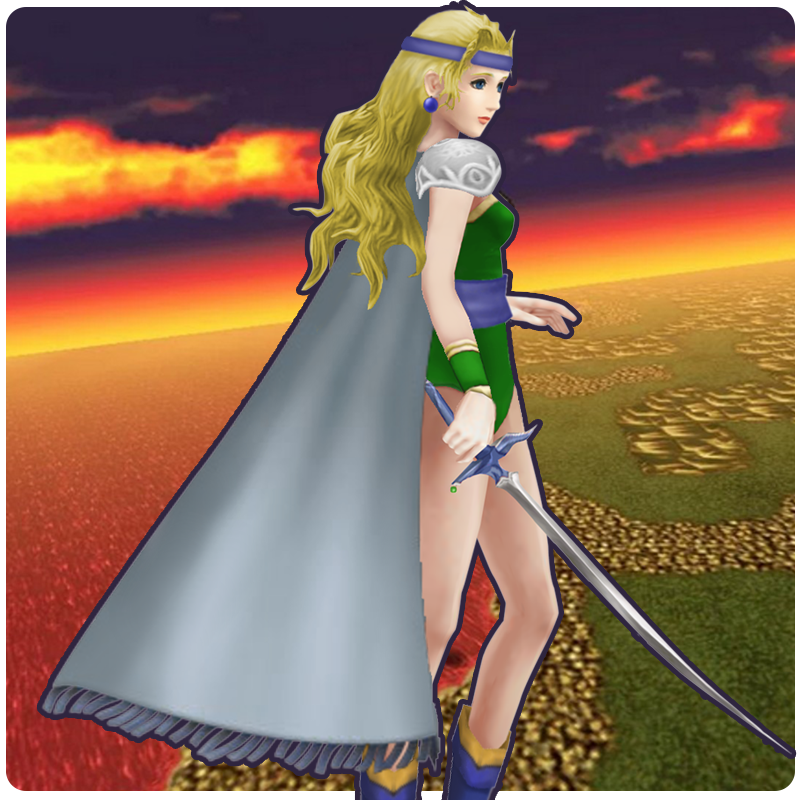 This is a classic case when a composer likes their own composition so much that they remix it themselves in a future installment. Aria Di Mezzo Carattere is a famous tune from Final Fantasy VI that is played during the well known Opera scene.

Aerith' Theme, on the other hand, is the world famous music of the character that is beloved by many Final Fantasy VII games. Chords and general structure of the melody are basically the same, and it's even easy to switch from one melody to another. However, Aerith' Theme feels a bit more serious and sad in my opinion. The choice of instruments with the horns in the background gives the title a certain somberness 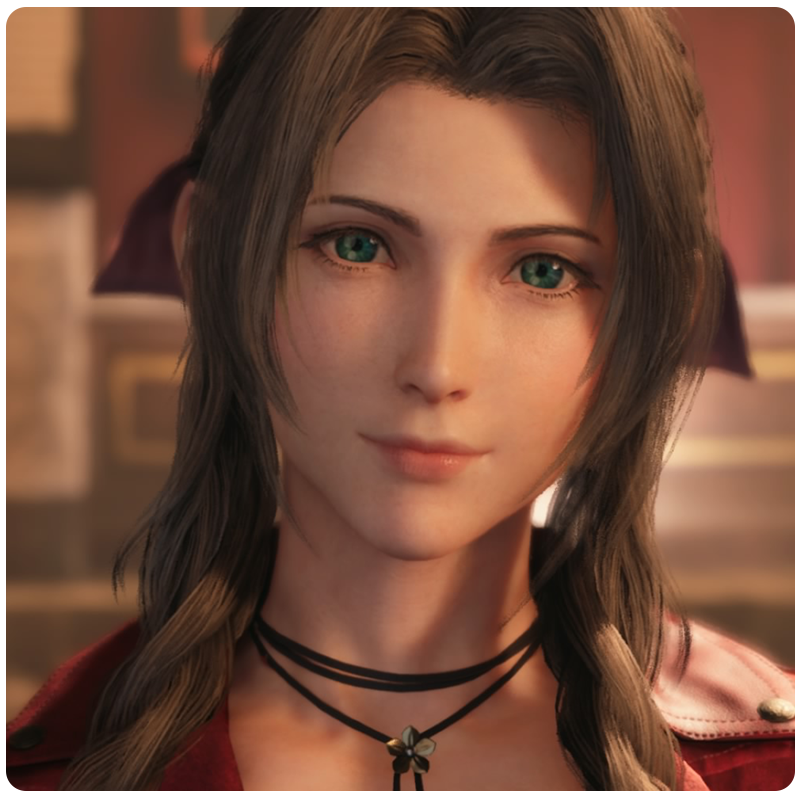 The melody was also used in some parts in "Yuna's Theme" in Final Fantasy X, however in that case, the resemblance is not that strong.

In "Complex Thoughts", there is a congo drum that plays in the background of the whole song, and you can easily add the rhythm of that congo drums to the other song. I wonder how many of you feel the same. 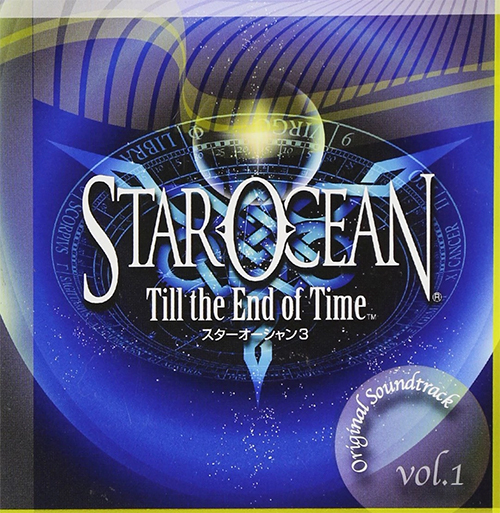 Motoi Sakuraba is a musician known for his participation in some of the most famous RPGs of all time, like the Star Ocean series, Tales of, Valkyrie Profile or more recently, Dark Souls. He can perform music in a progressive rock style, but can also do great classical music and has some skills with the piano (or eight of them at the same time if need be).

But Mr Sakuraba is also known for his big output which ultimately results in some very similarly sounding melodies. There is music in Shining Force 3 that has very close resemblance to some of his work in other titles like Star Ocean 3, and some of his melodies generally sound very much alike. The most iconic replication of one of his own titles is "Bitter Dance" and "Chaotic Dance 2". 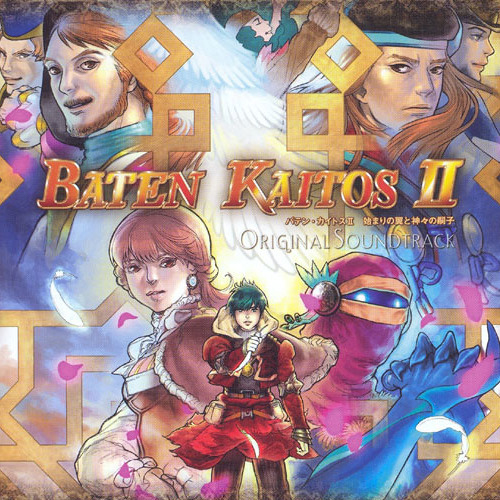 Both songs feature some sort of electronic hip hop arrangement with generic rap samples over a synthesizer background music. Some of the samples even seem to be the same (although I could not make that sure), but the general style is the same. Even the titles, "Bitter dance" and "Chaotic dance" are very similar, and those "dance" titles are the only ones in that styles.

There also exists a "Chaotic Dance 1" in the first Baten Kaitos soundtrack, which sounds like a mixture of Bitter Dance and Chaotic Dance 2.

Back to the RPG and music selection.

You are here: main page / coverage / rpg and music / inspired