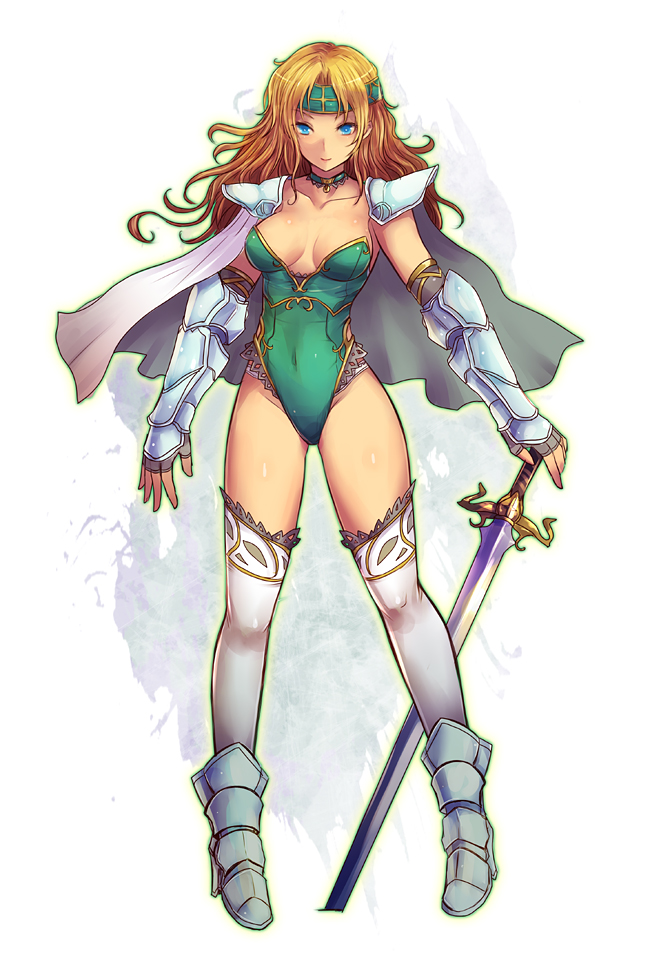 When I first read in a video game magazine in 1994 that there was a new Final Fantasy game coming up which included a whole opera scene, I was intrigued. How was such a thing even possible?

The idea to include an opera in the game came up during development, with Yoshinori Kitase writing the lyrics and Nobuo Uematsu doing the music score for the tune.

Several years later, when I finally was able to play Final Fantasy VI, eventually I reached the point in the game where the screen turned dark and the orchestra started to play. The sound quality was superb for the Super Nintendo, even the opera singers sounded somewhat believable. 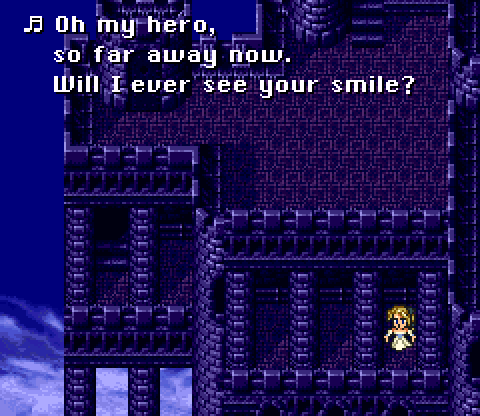 First, the scene starts on stage, with a nice background and a male opera singer having his solo. The game then is interrupted by a gameplay event where Locke has a talk with Celes, who is going to perform the female singer's part.

And then, the legendary moment happens. Celes sings her solo and the players need to help her remembering the score and text. The music is rich, and a bit sad. In addition, even if the original translation was heavily shortened, the text shown fits the music played in the background. So basically, the players could indeed sing along.

But every moment has to end, and so the whole scene ends up in a boss fight against Ultros, one of the recurring villains in this game.

A funny side note is that many parts of the Opera theme (Aria die Mezzo Carattere) were reused in the famous "Theme of Aerith" of Final Fantasy VII. Latter was inspiration for Yuna's theme in Final Fantasy X. It was no blatant copy, though. Nobuo Uematsu seemingly just played around with inspiration.

The tune was later on turned into a real opera as part of the "Distant World" orchestration of Final Fantasy music.