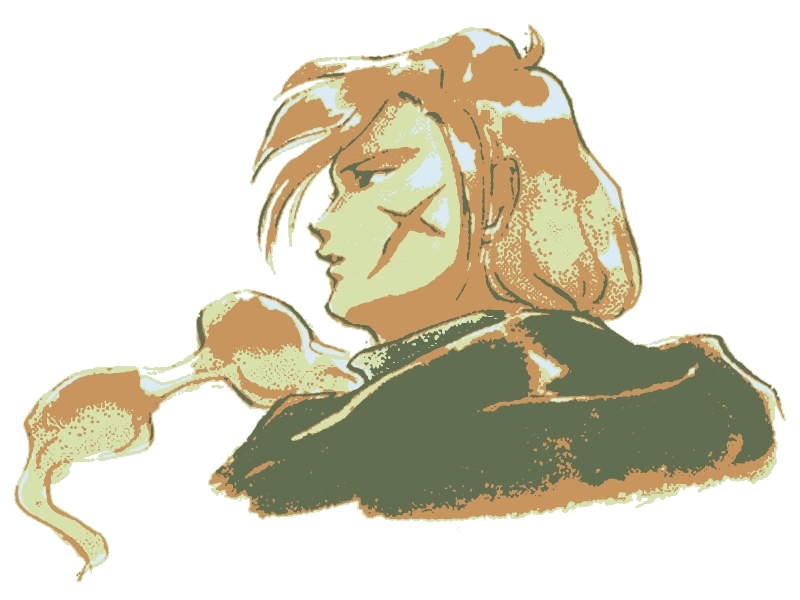 In Suikoden, players start off as a pampered son of a imperial army's general. Tir McDohl, as the hero is called, is told to join the army as an errand boy. Given his social status, he is accompanied by an entourage of his father's servants. One of them is Gremio, a soldier that acted as a parent for young Tir who lost his mother at a young age.

As the events of the story progress, Tir turns from General Teo McDohl's son into the leader of a resistance movement that opposes the emperor and eventually his father. Gremio, being loyal to Teo, had problems accepting these changes at first, but some kind of fatherly love kept him fighting side by side with Tir, his young master.

Many players experience Gremio as an annoying character when they first play Suikoden. He is over protective, too polite and too reluctant to open his eyes and see what the empire has become during most of the game. 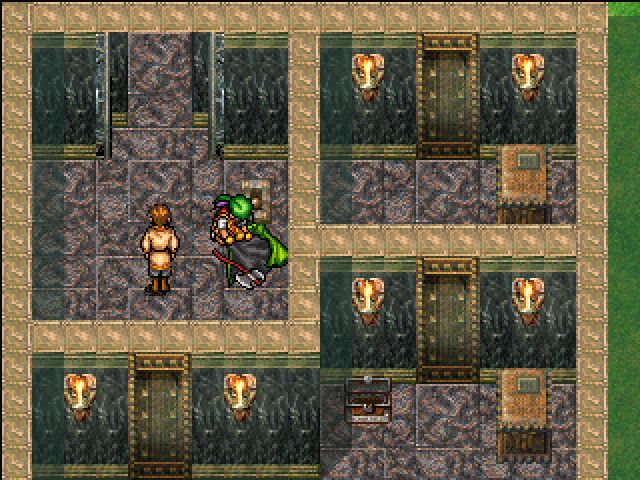 And yet, at a certain point in the game, this all changes for many people who experienced Suikoden. Tir and his army were lured into a prison where a famous healer is locked away only to be ambushed by one of the empire's generals. This general was especially cruel by trapping the heroes into a room where he smashed a bottle filled with man eating spores.

Gremio acted quickly and pushed Tir and the others out of the room, locking the door behind them. So only he was left alone in the cell with the spores. Tir tried to get Gremio out of that room, but he refused. The servant sacrificed himself, and after the spores had eaten him and died off, nothing was left of Gremio besides his clothing and his axe.

The interesting part of this moment is how many people changed their mind about Gremio exactly when this scene happened. He wasn't an overacting show-off. Gremio meant it when he proposed to give his life for Tir mcDohl if neccessary.

So why isn't this a part of Death in RPGs? Gremio was designed by the story to be revived and fight alongside McDohl to the very end. He even is part of a side quest in Suikoden II, where players can meet Gremio and McDohl again. However, for Gremio to be revived, certain requirements need to be met which could be messed up easily in the first playthrough.

You are here: main page / coverage / those moments / suikoden