When things get serious

This moment is another one that players stumble upon when playing Grandia and after they step out on their journey. Adventurer Justin at that point was already going through a transformation where he turned from a naive child to a responsible adult.

And it's no wonder, his journey on the new world was interrupted when he crossed paths with the Garlyle forces which led to his and his friends' incarceration. Still being in a positive, happy mood, he was able to escape the military base without bigger harm.

Eventually, the group reached a big wall which was allegedly the end of the world and the biggest adventure of Justin was about to unfold. But this time, things changed a little.

The wall is immensely tall and it took the party several days to climb it up. During the first days, at evenings, The three adventurers talked about how great it is to finally climb the end of the world, but day after day, the mood was dampened. The music is getting more and more sad, demotivated, and there's even a short moment where Justin thinks of giving up - it's the first time on his journey that his spirit is lowered. 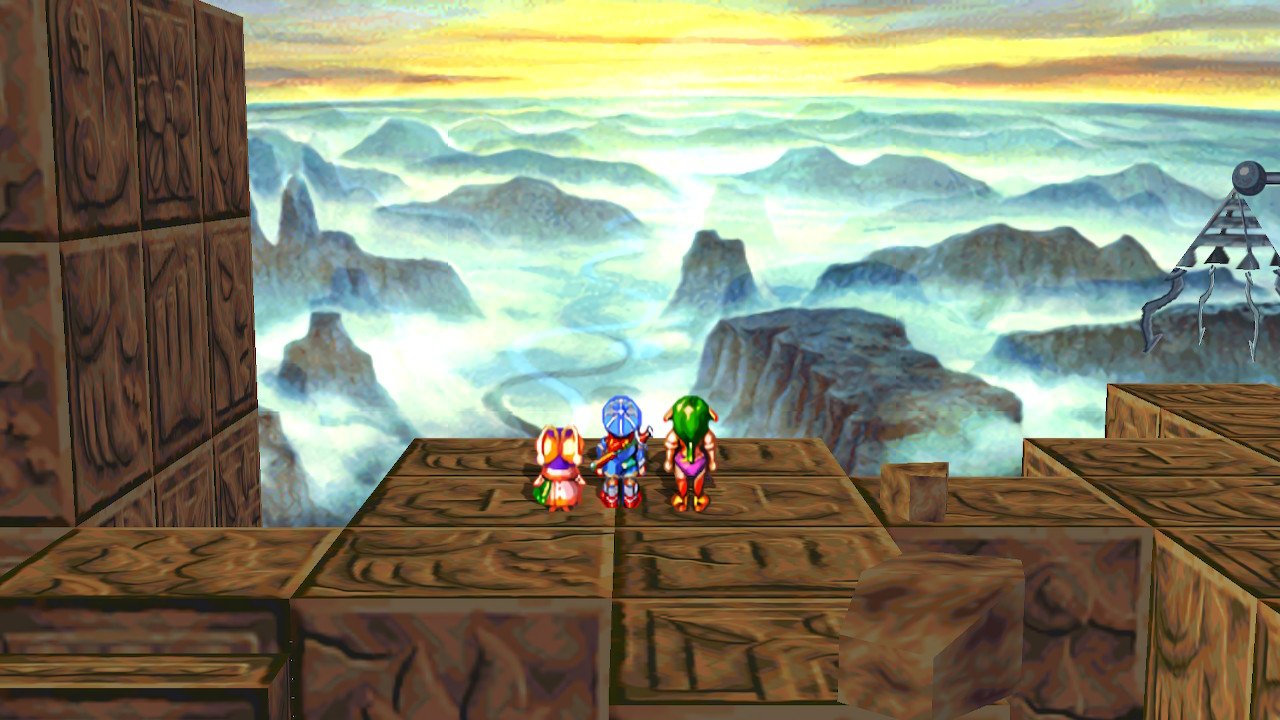 But one day, the group is greeted by the sun, which was always blocked by the wall in the morning. They did it - and the moment where the camera pans down a little to reveal the new horizon, every somber moment seemed to be forgotten.

You are here: main page / coverage / those moments / grandia (another one)