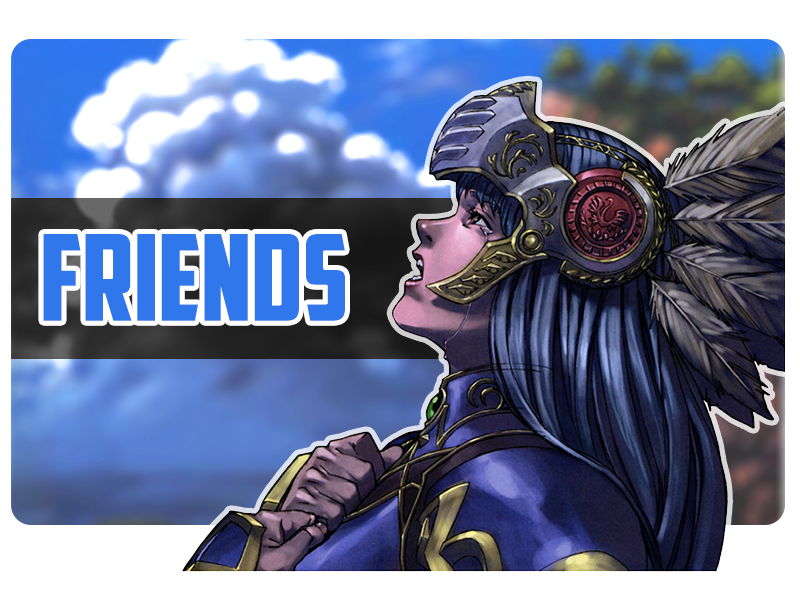 RPGs often tease their players. Friends or party members are killed during the story, with the player having a small chance of resurrecting these beloved persons.

One of those examples is described in our Suikoden II moment Spoiler!. This report, however, wants to focus on cases where characters actually die and are not seen anymore. 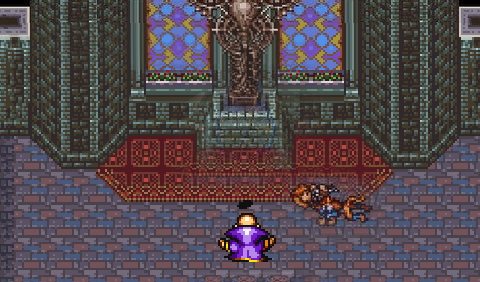 In Breath of Fire II, the Church of St. Eva was a bit shady from the beginning. Yet, as the story progresses, it turns out that they're not just some criminal organization but rather a threat that tries to summon an ancient evil that wants to overthrow the world.

A resistance group formed that tried to fight the church. When one of the leaders, Tiga, got in contact with Ryu (the main hero), he immediately fell in love with one of the party members - Katt. She was also of the cat-people tribe like him, but ultimately refused his advances.

During a mission, another leading member of the resistance group, Claris, got kidnapped. The evil priests of the church presented her during a mass as a lure for the other resistance members. As she was killed on stage, Tiga couldn't control his temper anymore. He stormed forward and faced the priest.

That priest was a powerful magician and also killed Tiga on the spot, showing how much power this organization had and what happened to those who opposed St. Eva.

Right before Claris was killed, Tiga found out how much he had loved her. As they died, he crawled up on her, holding her hand. 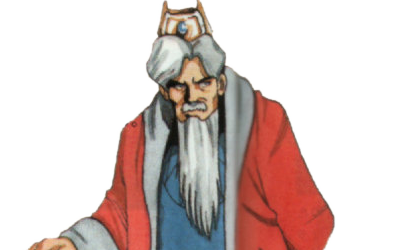 I first played Shining Force in early 1994, when I was still twelve years of age and barely knew english. So the language barrier was high, but equipped with a trusty dictionary, I was able to get through the game.

Fairly at the beginning of the game, the evil empire of Runefaust attacked Guardiana, trying to break the seal which held back the evil Dark Dragon.

As they stormed the city, Guardiana's king was heavily wounded. He was able to tell the hero, Max, some secrets. He also had some kind words for Mae, the daughter of the knight's leader. And then, he died.

I still remember how I had to look up the word "die" in that dictionary and how shocked I was that King Guardiana was really dead. During the scene, a very sad music played in the background and as the king passed away, his avatar closed his eyes. It's still touching when I think about it. 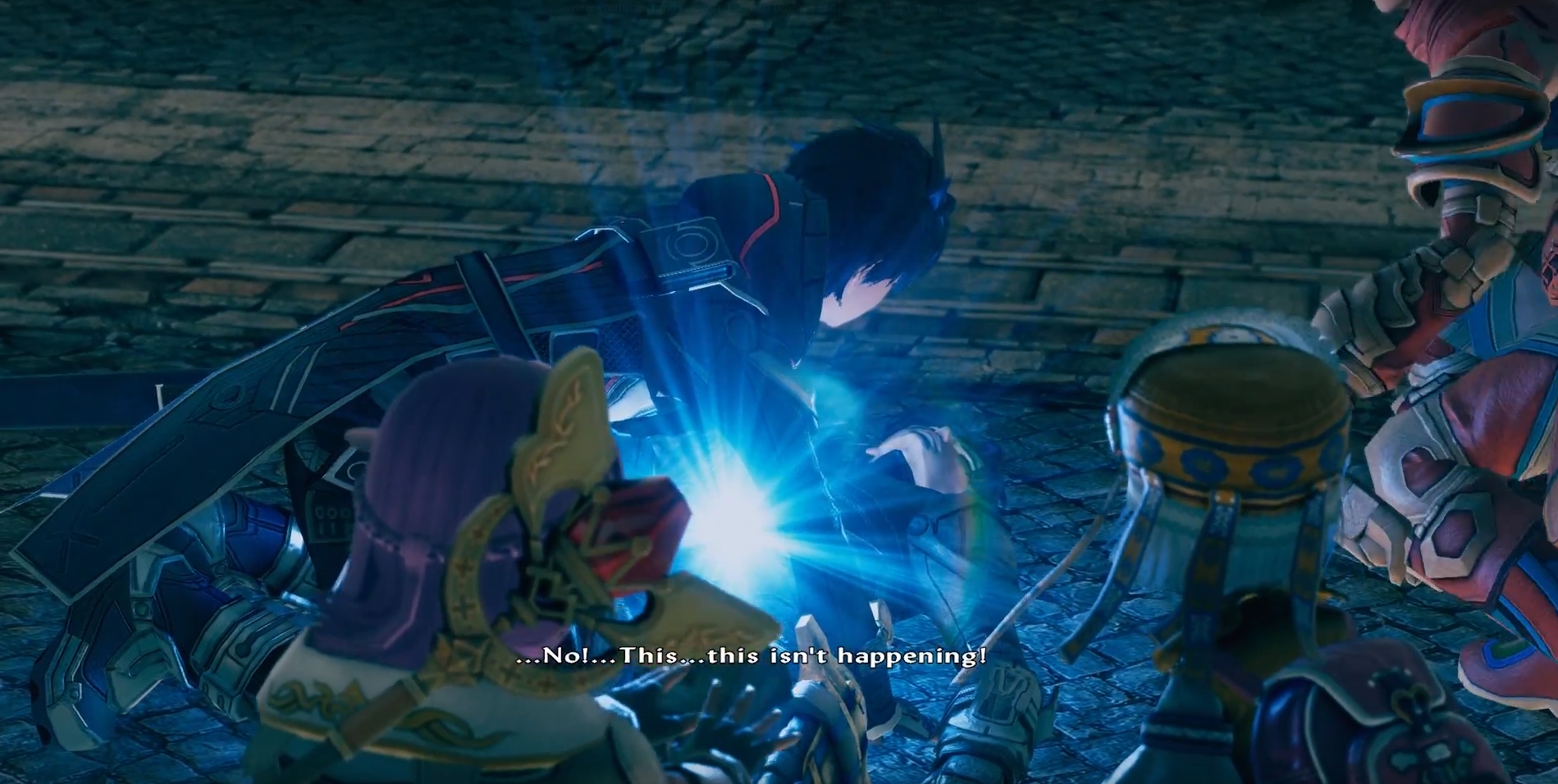 Star Ocean V is in some way the black sheep of the series' main games. Originally in development for the PS3, it was delayed until it was finally released on the PS4 whilst still looking a lot like a game that could have also worked on the PS3.

Yet it has some charme, and even if the story itself is often filled with cliché and only plays on one planet, it has its moments. And one of these moments is the death of Daril Camuze, father of the games' hero, Fidel Camuze.

Fidel and Daril do not have a very close relationship, since Daril didn't spend much time with his son when he was a kid, even though his mother died. Additionally, Daril does not think too highly of him. Yet, Fidel discovers a little girl from outer space he wants to protect, Relia, and his father helps him with that task.

Eventually, during the struggles of the story, Daril has to protect Relia and is hit with a strong magical attack, which causes a fatal wound for him. This is a pretty intense scene which gives this cold, distanced man some personality.

But it's not Daril's heroic feat that makes this death especially noteworthy. It's rather what happens after the hit. The healer of the party, Miki, comes to aid Daril and immediately casts lots of healing spells (as seen in the screen above). This struck me, because usually in games like these, story deaths are presented in a way that healing is impossible. It's the same case here, Daril cannot be saved, but yet the first reaction from the healer is to acually try it!

In many story driven games, there is always a certain distance between gameplay elements and story elements. It was intense to see them both displayed here. And although Star Ocean V is considered to be one of the weaker Star Ocean games, I like how this little detail gave the game just a bit more personality! 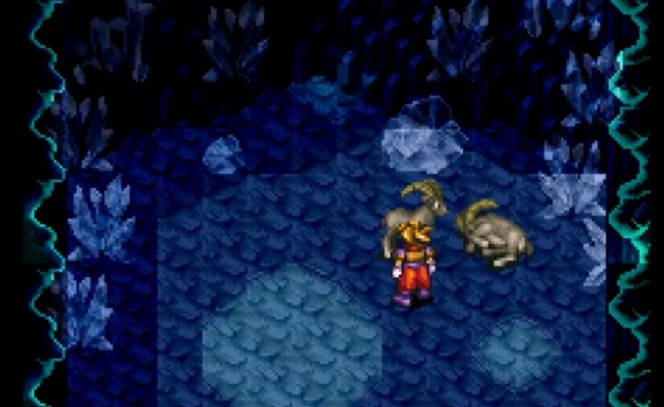 Terranigma is the third game in a loosely connected series of games made by the company Quintet and is some sort of successor to Illusion of Time / Gaia. All of the games have in common that the main hero has to recreate the world - and in Terranigma, it is pretty clear that this is our world.

During the game, Ark, Terranigma's hero, is in a cave where he accidentally causes an earthquake. All he wanted to do was to break a cracked wall, like players have seen in so many games.

When he eventually regained consciousness, he noticed two goats. One of them asks how he is doing and he jokingly answers that everything is all right - he is still alive, after all. But then he noticed that one goat didn't survive the earthquake he had caused. This dead goat was the husband of the other goat that asked him how he was doing. The goat wife was sad, but she told Ark that she and her husband had a good time and that it was useless to cry about it. Ark was shocked and lost consciousness again.

When he awoke the next morning, the goat offers some meat to eat. It's the meat of the dead husband. The wife offers meat to the person that killed her husband. This was a relatively small scene in that game, which is full of dramatic story. And there was even more to come.

Terranigma - The end of a town

As written above, Terranigma has an incredible serious story that gets darker and darker during the gameplay. One of the most intense moments is when players realize that the hero, Ark, is just a underworld copy of a hero that once lived on the surface of the upper world, our Earth. Ark resurrected the world and was yet just a creature from the force that seeks destruction. Even the villate where Ark came from was just a mere copy from an Earth city.

As Ark was able to bring continents, plants, birds, animals and humans back to earth, he went back to the underworld and had to realize that his villages' elder is the root of all destructive forces. And in the end, Ark had to fight and destroy the one who created him and all of the people he knew. This includes his sweetheart, a young girl that he fell in love with and he still loved at the end of the game.

His girlfriend Elle also existed in two versions, a upper world Elle from the city that was the blueprint of Ark's home village and the Elle he knew since his childhood. Underworld Elle tried to kill Ark during the events of Terranigma, but in the end, it all didn't matter.

Ark killed his creator, and with that deity gone, it happens that all of the underworld's creations were also fated to die. Upon returning to his home, Ark learned that he had one more day to live with his friends and family, and then his existence would be gone. After a day were everyone was already feeling the near end, Ark had one final conversation with Elle, and then his existence and that one of everyone else was gone.

What an ending in 1996. I was 15 and was happy to beat the final boss, just to realize that the game has such a sobering end. It was great and left me thinking for days, but it was far from the simple happy ends I was used to in other games.

Pictures taken from Video Game Msueum, where you can look at the complete ending sequence of Terranigma.

You are here: main page / coverage / death and rpg / friends