Grandia is loved here on rpg-o-mania. We have a review from back in the day online, and also an review of the HD collection. This is a great game that spawned on the Sega Saturn in 1997 and was for a time seen as the rival to Final Fantasy VII that was released on Sony's PlayStation the same year.

But while another eight Final Fantasy games have been released during that time (up until late 2019), Grandia was not meant to be a really long lasting series. There are choices to play Grandia on various game systems, so let's check them out. 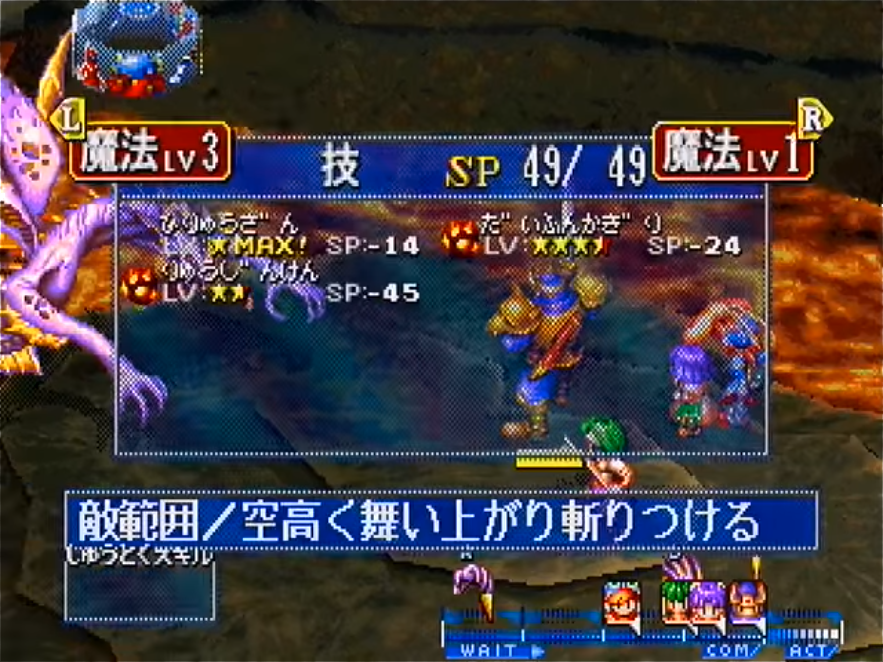 This is the game that was originally released on the Sega Saturn. Sadly, it was only on shelves in Japan and never saw a western release, although this is still the great Grandia game that everyone loved when it came out for the PlayStation.

This version takes advantage of the Saturn's better sprite scaling and better 2D capabilities at all. The sprites are better than in later version (for instance, characters running left or right are not only mirrored, but in fact own sprite sets), and zooming in and out is pretty smooth. Textures, however, are pretty rough, as it was standard for the Sega Saturn back then.

Another very famous distinctive feature of Saturn games was lack of transparency. And well, Game Arts tried to mimick transparency by making every second Pixel transparent. If you are interested in this version, currently there's a translation project going on to use the PlayStation translation in the Saturn version. 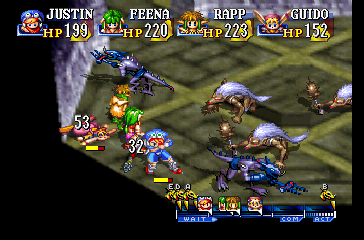 The game was brought to western shores and in various languages back in 2000. The PlayStation adaption changed some things for the better, and some for the worse.

This version's sprites are inferior to the Sega Saturn version as it cut some of the variants. Also, scaling and zooming is quite rush and makes the game feel hectic at times. On the other hand, it offers transparency and some better magic effects, which makes the game look smoother.

The European versions range from okay to horrific. If played on original hardware, there are fat bars on the top and the bottom of the screen, like it was with many games back in the day. The german version has an okay translation and english dubs, the french version dubs french voice acting over english acting, which is really horrible. 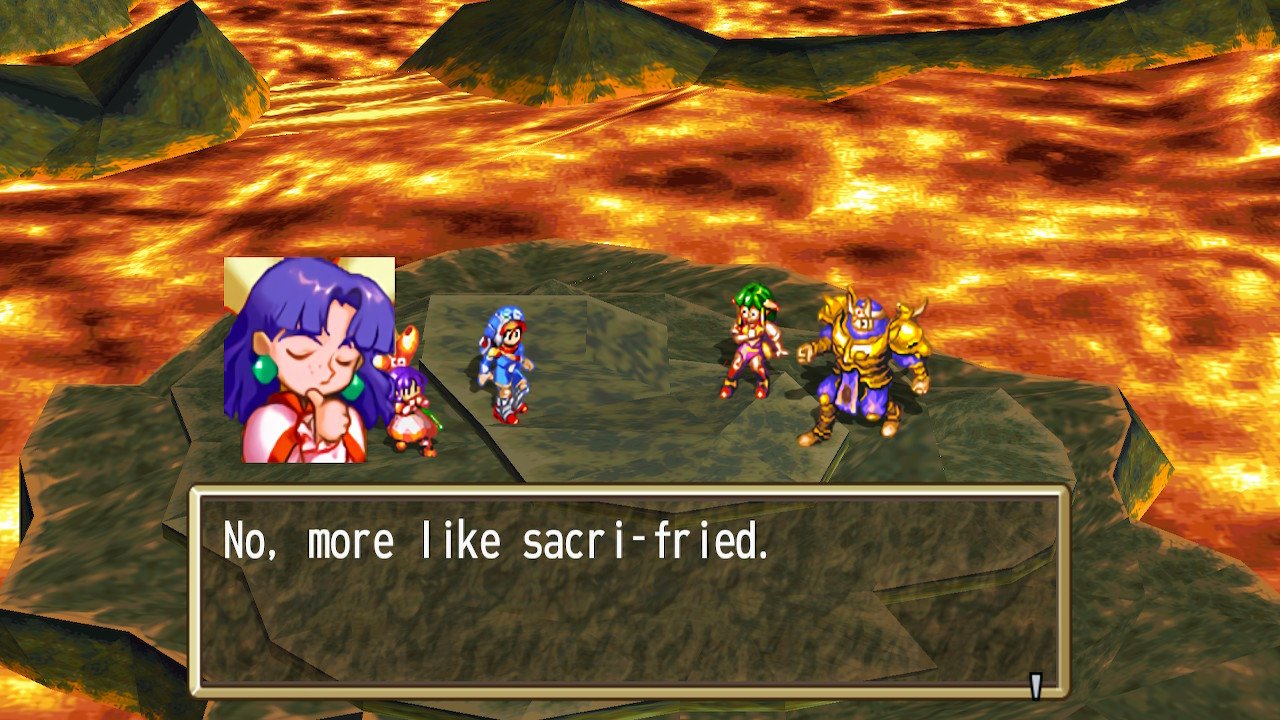 After many, many years, Gung Ho Entertainment, the new owners of Game Arts, released Grandia I and II as a collection worldwide. First for the Nintendo Switch console as part of the "Grandia HD remaster" package.

The version of Grandia included here is based on the PlayStation version which means that it includes transparency, but also the nervous zooming behaviour and the inferior sprites.

The "HD" part includes upscaled sprites and backgrounds and a higher resolution for the polygons itself. It is quite buggy, though - and even if it does not crash, it has some ugly effects like split sprites and sound errors.

Each version has its flaws. The Saturn version has been (almost) translated now and has a much nicer scaling and spritework, but horrible transparency effects. The PlayStation version has nice visuals per se, but worse sprites and very irritating zooming. The HD remaster has some nice visuals, but bugs and other problems.

Our recommendation: Play the PlayStation version. It's looking nice enough and can be purchased for little money on the Sony online shop. If you want to have a really nice outcome, play the PlayStation original on a PlayStation 2 console with smoothing turned on. This gives you almost a "HD remaster" feeling with all of the advantages of the original game.