Final Fantasy VI is a landmark in the history of Final Fantasy. It was the last part of the successful series before Square Enix and Nintendo parted ways (for a limited amount of time), it coverd a serious and compelling storyline, epic music and a modern, dynamic Active Time Battle system.

The original version was called "Final Fantasy III" in North America (it never got a release in Europe, we had to live with Final Fantasy: Mystic Quest) but was later renamed to the correct version within the Final Fantasy Anthology that was released on the PlayStation in 1999. 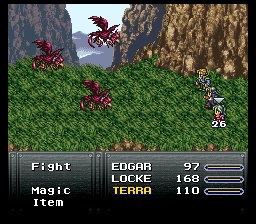 The original game released in 1994. It was famous for its dark steampunk theme, the famous and epic scenes (like the opera - we've got some moments covered for that game), the music and the story.

Gameplay is roughly the same as in its predecessor, with an ATB battle system, random encounters, and lots and lots of status changes during battles. The game was highly successful and is seen by many as one of the best Final Fantasy games.

A huge downside of Final Fantasy VI on the SNES is the translation. Cartridge sizes were limited back then and the extensive text shown with japanese signs had to be shrunk a lot since memory usage of japanese text is lower than latin letters. So some of the story seems to be told in a rather primitve way, even if it wasn't intended to be so.

This collection of Final Fantasy V and VI contains the SNES version with an added intro, but it is basically the same as the original game - except that it has some of the worst loading times that I've ever seen in such a game. Every battle takes seconds to load.

In 2004, Final Fantasy VI got a release on the GBA. This game was completely re-translated to cover the story as it was meant to be told in the original game. Aside of that, due to the similarity of the GBA and the SNES, many things remained the same.

Visuals are almost identical (but slightly brighter) compared to the SNES version, the soundtrack did not suffer as much as it usually did when a SNES game was ported to the GBA, but other than that, nothing much was added. 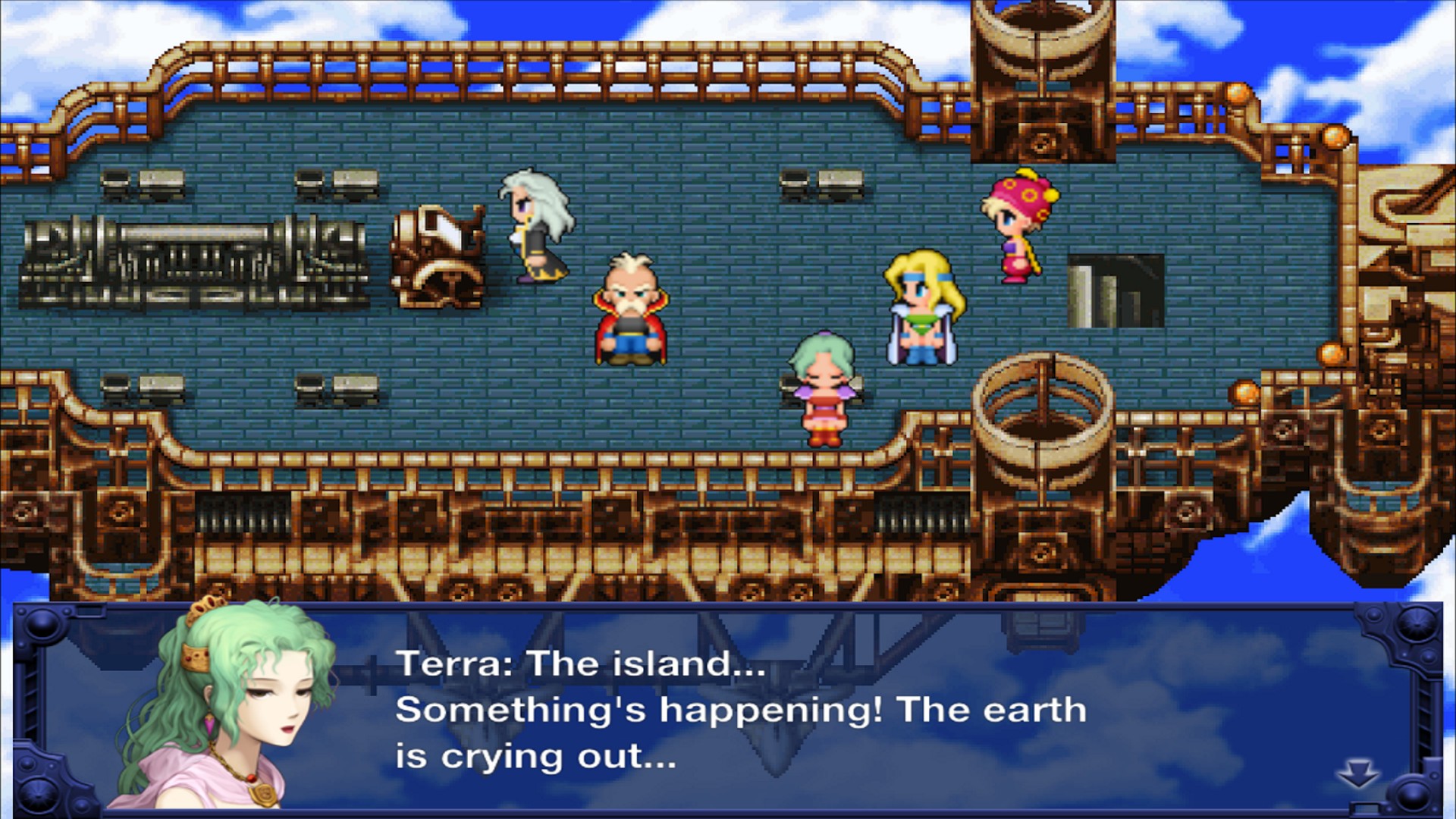 Another good ten years after the GBA release, the game was released on Android and iOS phones and subsequently ported to Steam. This version had a huge shift in art style and redrawn sprites. The basic game remains the same.

Technically, there are some glitches and bugs, but nothing too severe - although in some especially touching scenes like the opera, some errors occur.

The SNES version offers the best visuals and soundtrack, but the worst translation (Although there are some people who like it because it feels a bit more light hearted than the more extensive translation). The GBA lacks sound quality, but has the comprehensive translation and the original art style, but it's hard to come by. And the new game versions have a different art style and some technical problems.

We recommend picking up the GBA version. This version is still relatively close to the original, has no loading time and a better translation. But it is hard to come by nowadays. If you really just want to play FF6 today, choose the iOS or Android versions. The Steam version is just a port of that game.