Monolith Soft - Tested on the Nintendo Switch in 2020

So it's natural that we looked forward when Nintendo and Monolith announced that the original game would be brushed up and rereleased on the Nintendo Switch console - the third time around, after the Wii and 3DS release.

I personally played the Xenoblade games in the wrong direction. The first game of that series I played was 2, then its predecessor X, and now finally I was able to finish Xenoblade Chronicles.

Strange to do it this way around, right? You see, in 2010, when this game first came out, I didn't have much time to play games, so that's the reason behind this strange order of how I played the games! 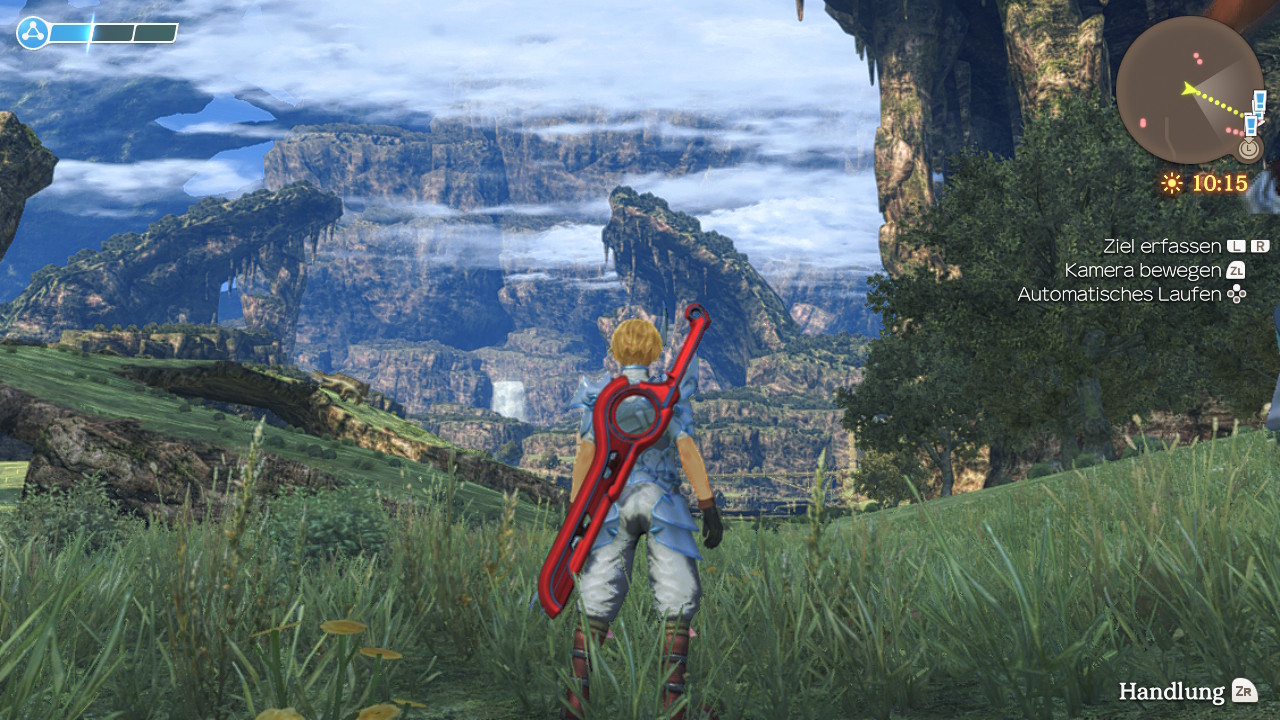 This game plays on a world which is covered by a single, huge ocean. In the ocean, there are two dead, gigantic creatures who once fought but are now home to countless species of living beings – at least that’s true for Bionis, one of the giants. The other one, Mechonis, is home to machines, who often start attacks on the people on the Bionis.

A year prior to the events of the game, a battle was held in the middle of both giants, where the sword of Mechonis created a bridge between Bionis and Mechonis. The humans (or as they called, Homs) fought a battle and were able to fight back the Mechons with the help of a mystical sword that only one hero, Dunban, can wield. However, he loses his capability to use that sword after battle.

At the beginning of the game, a young buy named Shulk realizes during a new attack of the Mechon that he is also able to wield that mighty sword, the so-called Monado. After a tragic event, he sets out with his friends to use the Monado for a greater good, and so a story unwinds that covers death, revenge, and the usual topics often seen in Japanese RPGs, the battle against almighty beings.

The version we tested here is the Definitive Edition, released on the Nintendo Switch in 2020. The game originally was released on Nintendo's Wii console in 2010, with a slight upgrade on the New 3DS in 2015.

The game is still based on the Wii version, but has different face models for each character (but not the NPC), a few more visual gimmicks here and there and more details. The game also comes with a new soundtrack that sounds a bit more like Xenoblade 2 - you are free to change soundtracks on the fly. 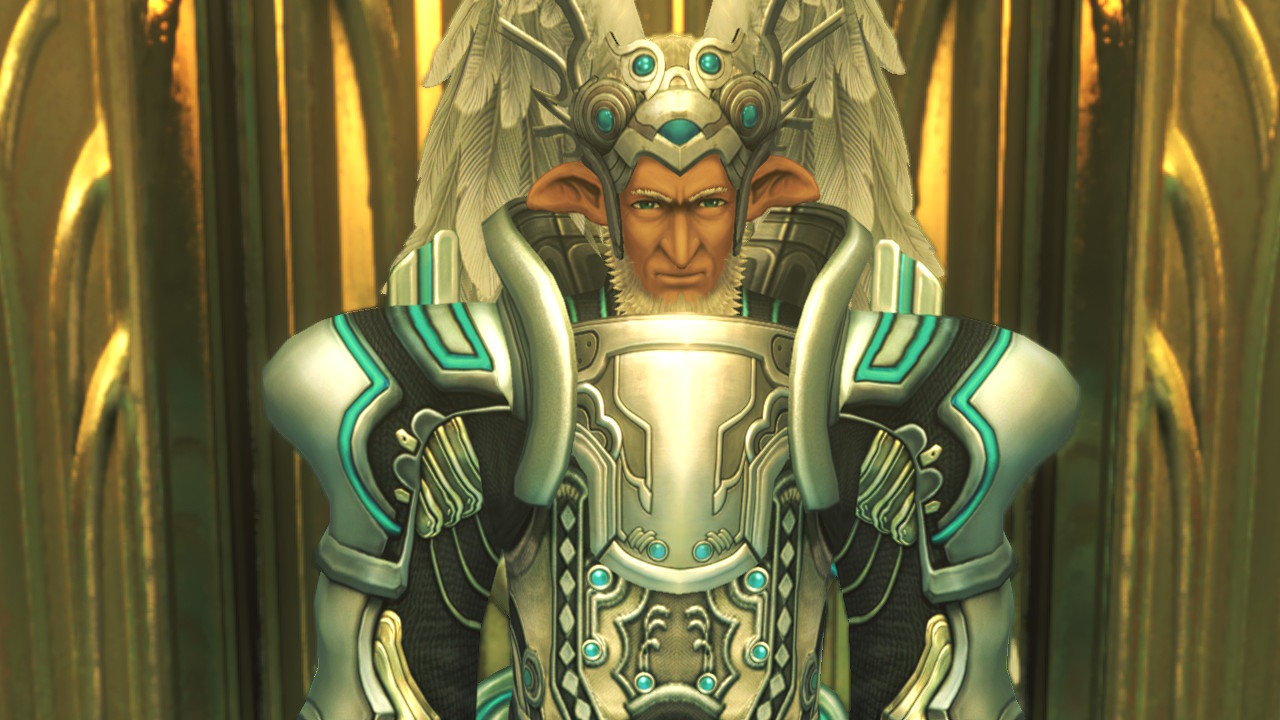 It seems that the game utilizes the game engine of Xenoblade 2, with the models and environment of Xenoblade 1. This results in a game that is somewhat low on polygons but still manages to drop frames here and there or reduce the internal resolution.

The UI has been completely reworked and is now more user friendly. Xenoblade relies a lot on sidequests, and managing those side quests is now very easy and comfortable, even more than in the original game. 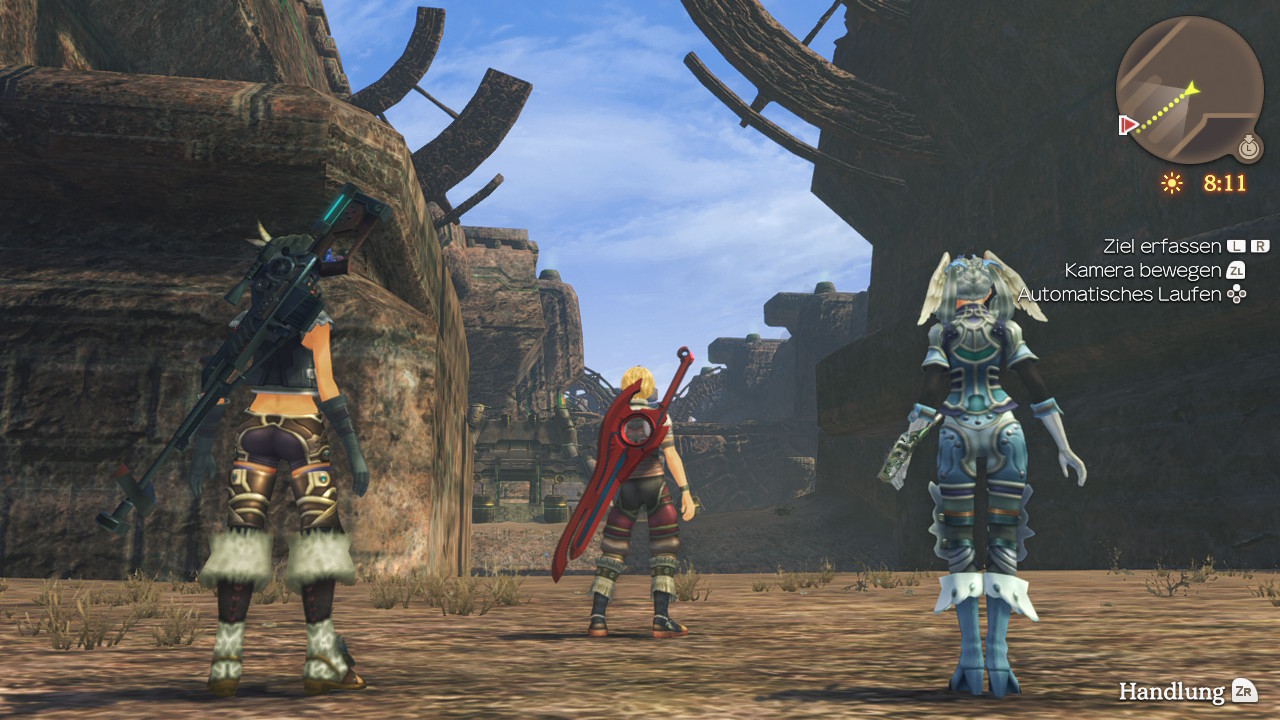 The battle system also remains unchanged. It is reminiscent of online RPGs, where the characters perform auto attacks after a set amount of time, but players can also use special attacks (with a cooldown) that can be trained or set to one's preference. 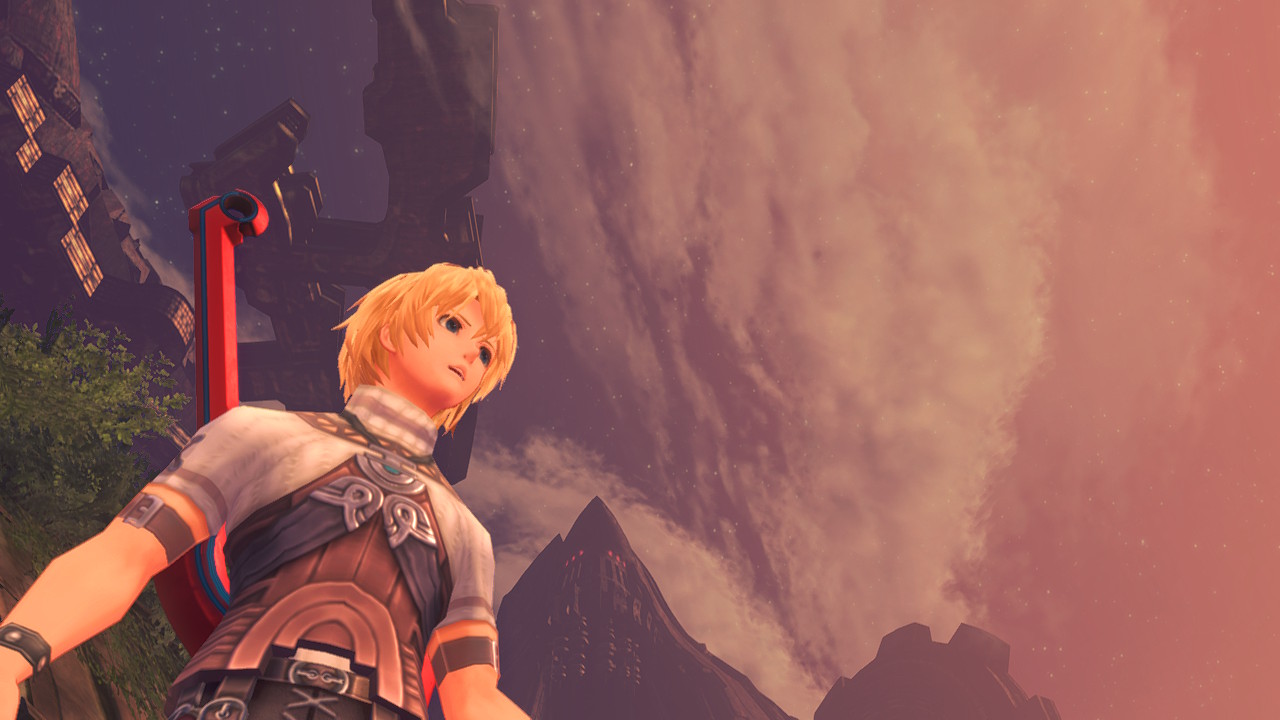 Oh and if we speak about training, there's a lot to train within the game. Characters can train certain skills that can be linked to other character's skills based on how much they like each other, weapons and equipment can be improved with jewels that can be crafted based on items, and there's even a town that can be built from the ground up. So lots of micro management, but it can be handled.

The game still contains the difficulty spikes Monolith is famous for, but this time players can change to an easy mode if they want.

I almost quit the game about eight hours in, as I just didn't like the cast a lot. Later on, the game offers incredibly intense scenes just as we love it from this series, and the world offers a lot to discover, so it's an overall great experience. But the story doesn't show as much heart to me as the games' successor did, and the conclusion itself was a bit underwhelming. Yet, it has to be considered that the game was released ten years ago and games have changed since then. So if you like a good RPG with lots of stuff to do, a good story and great music, pick it up - Xenoblade is worth it!