Level V - tested on the Nintendo Switch in 2021

Level V is a company renown for some great RPGs in the years since they first released Dark Cloud in 2002 on the Sony PlayStation 2 console. In 2003, the company was able to develop the latest Dragon Quest title (back then, Dragon Quest VIII) and joined the ranks of the best RPG developers since then.

Ni No Kuni - Wrath of the White Witch, first released some time in 2011, stood out in terms of art style and music as it was developed together with famous anime studio Ghibli, with art design and music strongly reminiscent of that famous movie company's works. Being published on the PlayStation 3 game console, it soon was known to be "the one RPG that looks so beautiful". However, even if I purchased the PS3 version back then, I was never able to play it up until it had been rereleased on the Nintendo Switch version in its remastered version. 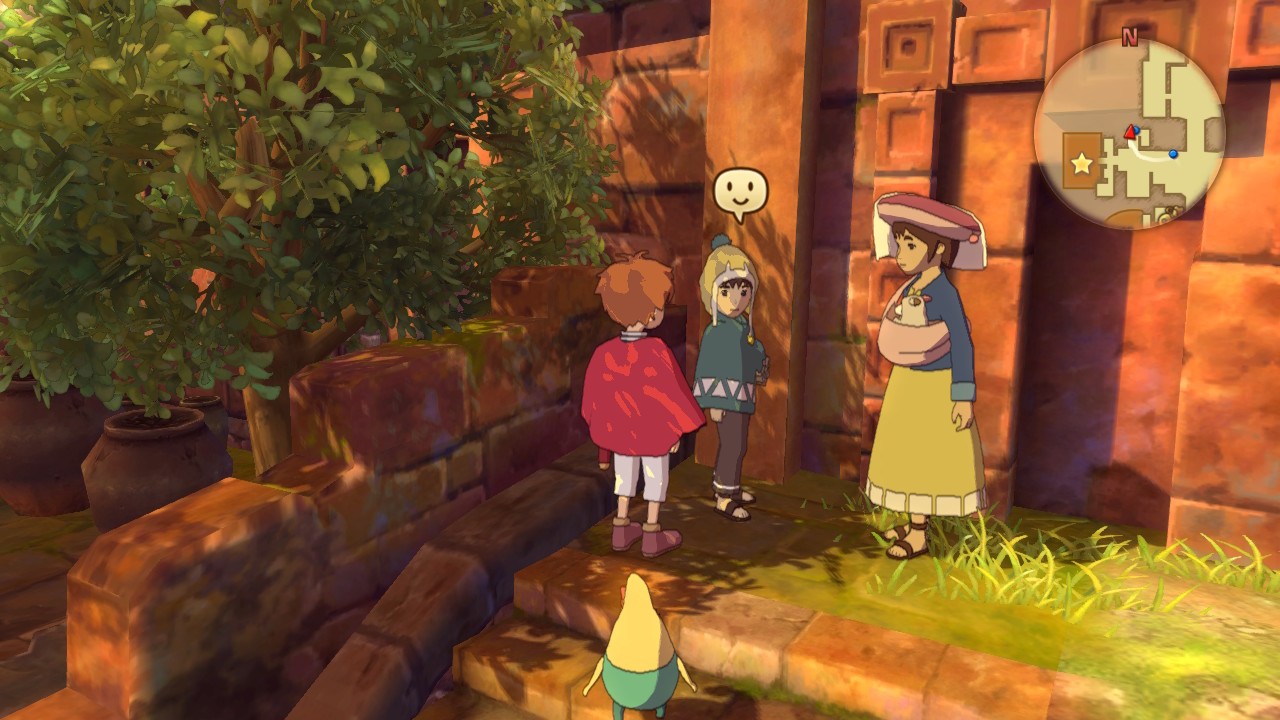 The game evolves around young Oliver, a ten year old boy who lived in a town reminiscent of the 1950s. He led an ordinary life, until he and a friend of his made a mistake that results in a very tragic accident which would change Olivers life forever. But just as his life changed for the worst, the stuffed doll he got from his mother came to life and explained to Oliver that the doll was in fact a powerful fairy and he himself was a talented magician.

(This plot really has some intense Ghibli vibes to it)

Oliver agreed and soon Drippy, his former doll, asked the boy to follow him to his world. He should find out that he can change the fate of the troubled world of Drippy with his newly discovered powers. 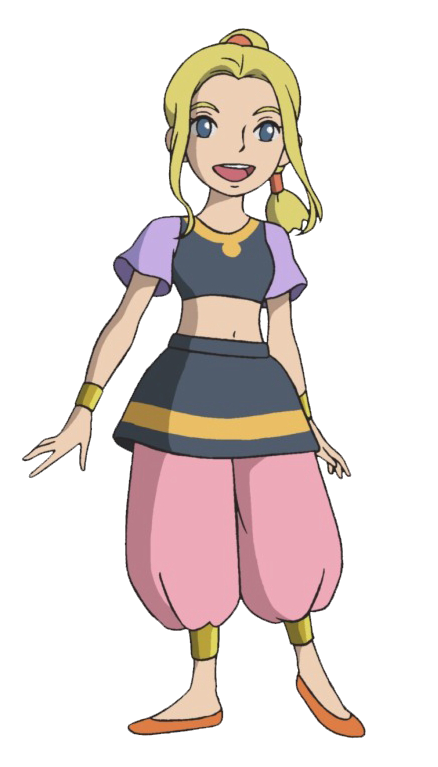 The story itself is a bit darker than explained here, but I wanted to avoid any spoilers. The game itself plays like a mixture of "Tales of" and "Pokemon". Oliver (and a maximum of two other people) can run around in battle, fight monsters, or try to recruit them and let them fight in their stead. Each of the three party members can take up to three little rascals into battle with various talents that can be set or trained for each monster.

There's lots of things to do in battle. Players have to micromanage the party, look out for status ailments or characters who are low on HP, and they have to assign strategies on the fly. There's no strategy preset like, for instance, in the Trials of Mana remake. 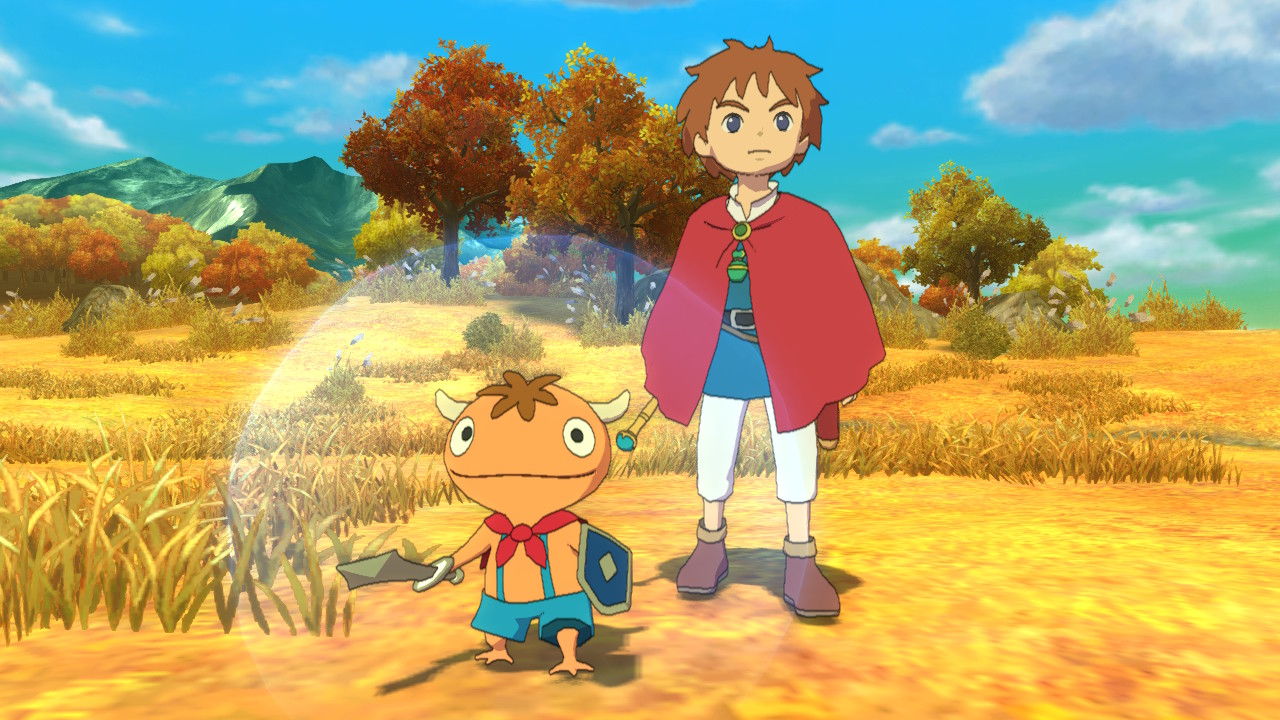 Visuals are a strong point. The game looked fantastic in 2011, and it even does in 2021. You can check out our Ni No Kuni screenshot gallery to see how it looked even on the weak Nintendo Switch hardware. But before you click, be cautious as there are endgame Spoilers! there.

The soundtrack has been composed by Joe Hisaishi, who already composed the music for famous movies like Princess Mononoke or Spirited Away. The score is very reminiscent of his later Ghibli movie works. 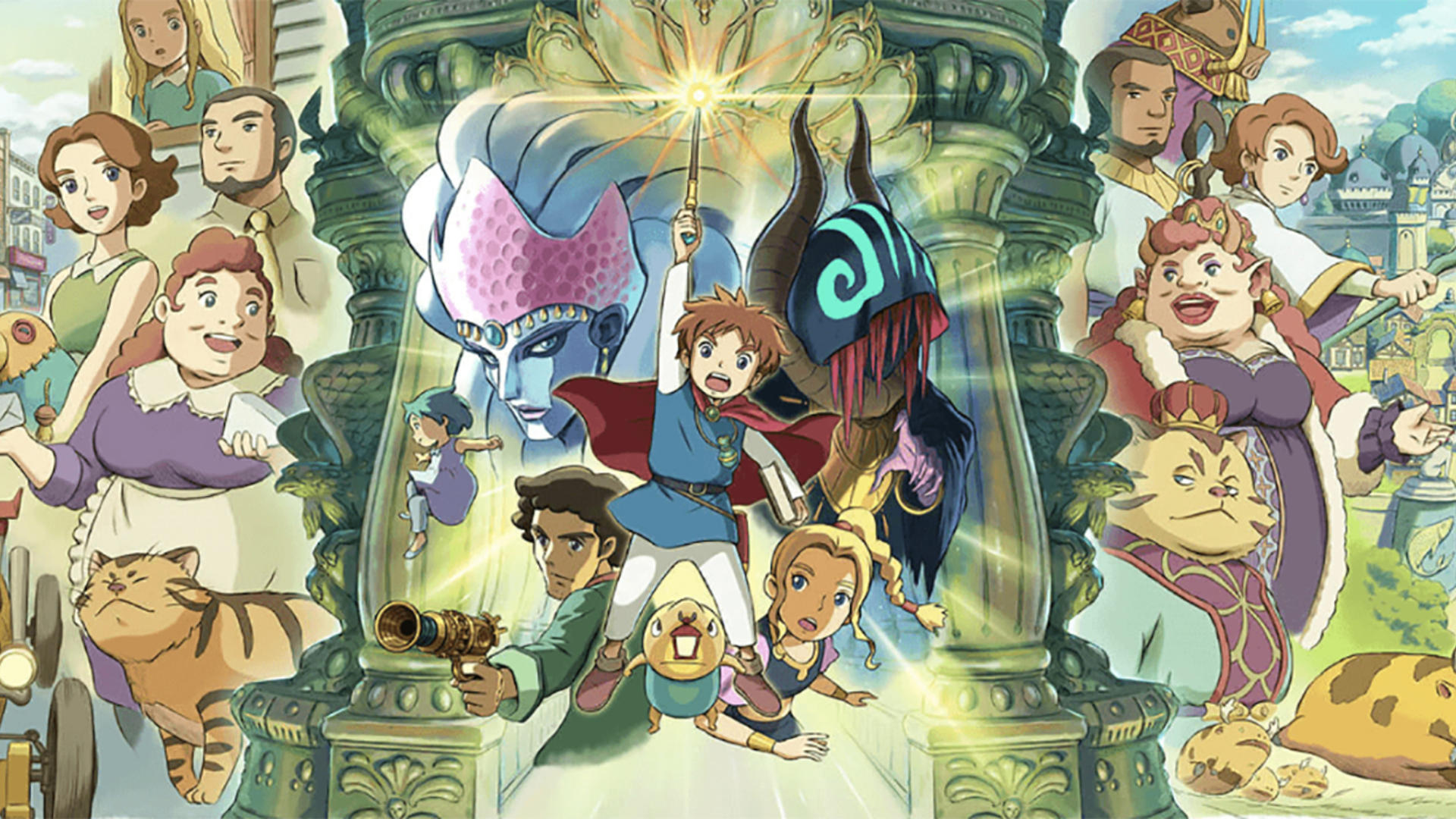 Aside of the story, there are some missions that players can accept to help some of the people or hunt for mobs - usual stuff for a game of this era. There is also a casino available in the game and there's a separate battle mode for players who enjoy the combat system a lot.

There is no New Game + available, but after the regular credits, players can accept some additional quests. Story wise, the game remains at the point shortly before the final dungeon.

Oh and by the way... the game is called "Ni No Kuni: Curse of the White Queen" in German speaking territories, which is a much more fitting title in my opinion.

I really enjoyed playing Ni No Kuni when I finished it in my 2021 playthrough, but to be honest, I could not grant this game a rating over 80%.

The game offers so much in terms of possibilities and gameplay mechanics, but nothing fits together really well. As our friend Binary Scroll posted in his old tumblr post, the game is a hectic mess. Players have to keep track of enemy actions, of their own actions, of their party members (that are controlled by an incredibly stupid AI).

The game is focused on timed actions, but more often than not, it is not possible for players to act in time so that they can stop an enemy from doing their devastating attacks.

It's like everything is there to be good fun, but it just doesn't work. Level 5 must have seen this, and they acted by making leveling quite easy and rewarding - with an hour of level grinding, players are prepared to be overpowered the next couple gameplay hours. There are even some enemies that grant a ridiculous amount of EXP if you beat them, and it's not so hard to meet those enemies.

And if things get worse, it's always possible to reduce the difficulty, which was necessary for the very last boss in my run, as the developers went totally crazy in the difficulty spike of that boss.

But in the end, the story is so well laid out, soundtrack and visuals are great, and even if the gameplay mechanics are clunky, the game is absolutely playable with the other measures that Level 5 did to make the game manageable. It's good and enjoyable, but the flaws are too severe to grant the game a "classic" badge.

You are here: main page / reviews / ni no kuni