The Cruel King and the Great Hero

NIS Software - Tested on the Nintendo Switch in 2022

A war between human and monsters has ravaged the lands; with the humans eventually being successful. Their hero defeated the evil demon king, and in his stead the good willed Dragon King took the throne. However, the hero and his wife were assassinated just after the war, and the Dragon King decided to raise the heroes' little daughter, Yuu.

Said girl wants to become a hero just like her papa, and the Dragon King helps her becoming a heroine. 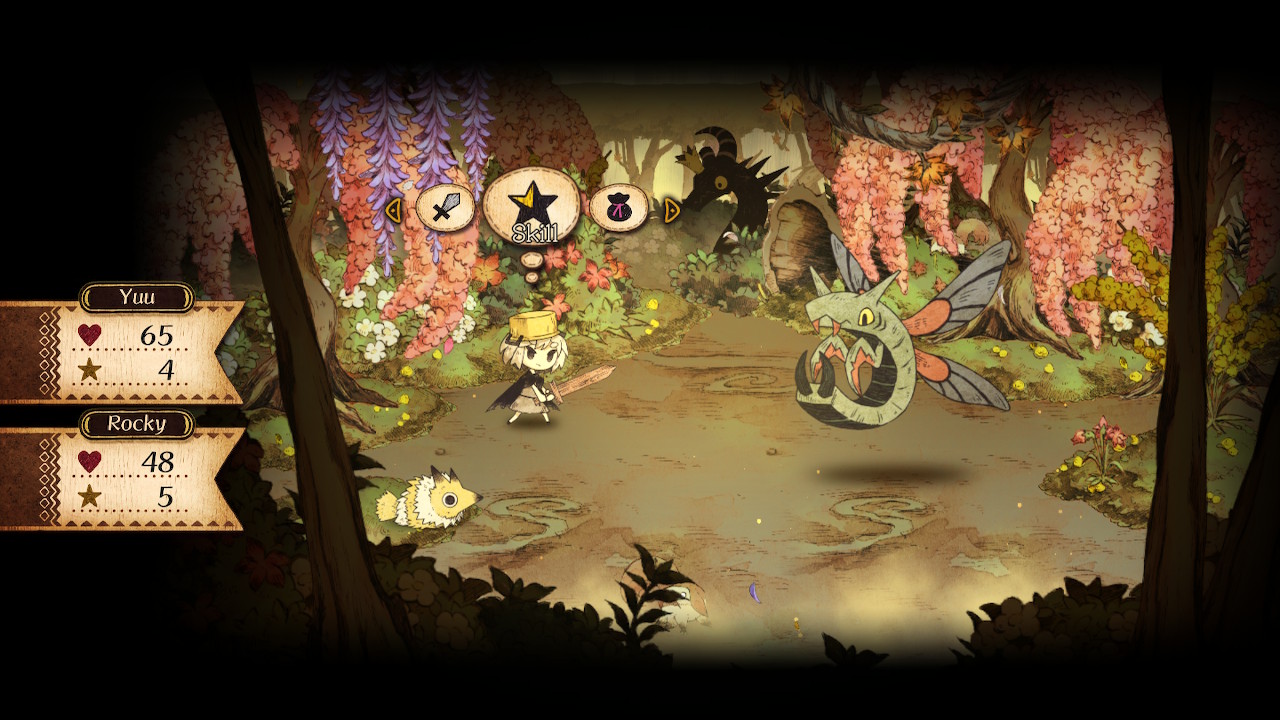 Yuu is a cheerful girl who trains hard and tries to help the people in the nearby monster village. However, not all is well in the world of the monsters. Some miss the old Demon King, who was a strong and fierceful ruler. The Dragon King is soft and gentle, and tends to help even humans - something some monsters don't really seem to approve. And the Dragon King helps his foster child, Yuu in becoming a great heroine. The game starts with Yuu once again heading out for a training session.

The game was released on the Nintendo Switch and the PlayStation 4 console in 2022.

"Cruel King" is a traditional turn based RPG with a maximum of two party members and turn based combat. The game is presented in a sidescrolling view, where the mazes are long corridors that have doors here and there that lead to other corridors. Sometimes, there are certain obstacles that need specific characters in the player's party or special skills.

Combat, albeit being turn based is quite fast paced. Attacks are swiftly animated and there are not too many time consuming spells and magic abilities. 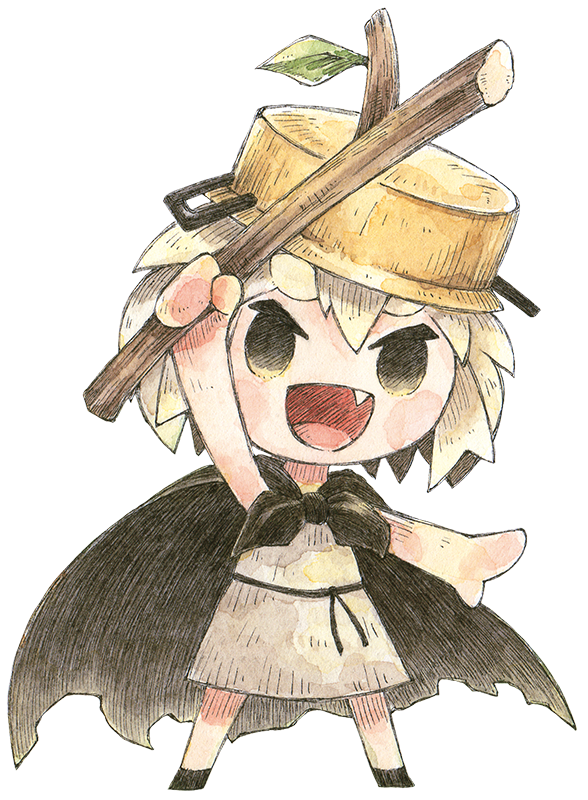 Players can choose to attack enemies, use skills, defend, or use items in battle. Skills require skill points, where one skill point is regained every turn. Defending regains additional skill points, which can be handy sometimes, as there are no skills that require just one skill point. These abilities can range from stronger attacks to attacks that can target multiple enemies or even status changing ailments.

Aside of the main story, there are many smaller missions that Yuu can take on, which in reward gain more items and money, and a special currency that allows to unlock artwork in the corresponding gallery.

Saved can be anytime between battles, and there's also an autosave functionality, which saves whenever Yuu changes an area. Fast travel is possible, but it's limited to a selection of special springs in every bigger area that Yuu can finish. 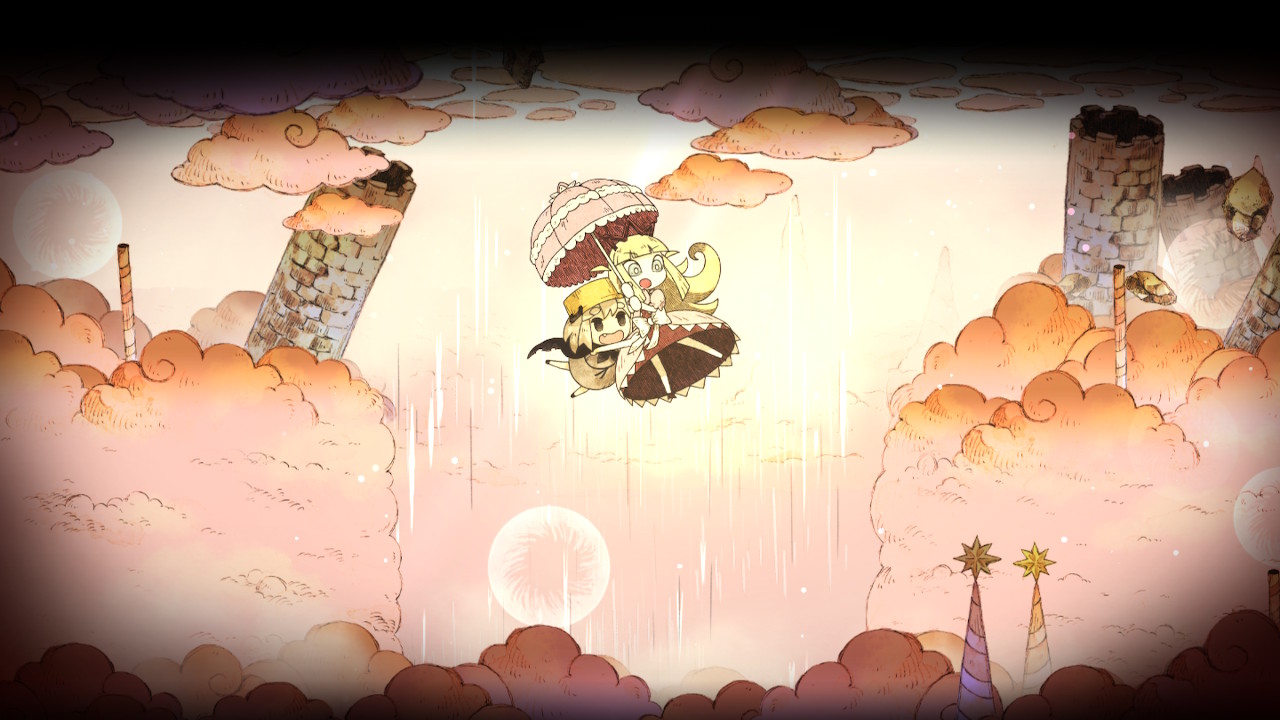 Considering all of the possible sidestories and the main story, the game will take about 20 to 25 hours; with only the main story and some sidequests, it's even shorter and takes about 15 hours.

The game is loosely tied to the game "The liar princess and the blind prince", but there is no story connection between those two games.

The first impression of "Cruel King" is just so adorable. Yuu is lovable, her dad, Dragon King is caring and tries to make her the hero she so desires to be. Combat is fun and fast, and all of the inhabitants of this monster world are fleshed out well. The visuals with their storybook aesthetics add to the great impression.

And still, I almost didn't finish this game. The main reason are the boring corridors which make up the world map and the "dungeons". Where games like Valkyrie Profile or Child of Light add some gameplay elements to their sidescrolling areas, in this game players spend most of their time walking from left to right or right to left, awaiting the next random encounter.

Additionally, the scenery is beautiful to look at, but there's no specific individuality to each location. In games like Wonder Boy, when approaching a dungeon, it appears in the distance, and with every screen it gets closer, so that there is a real sense of traversing a world. Here in "Cruel King", there are just assets randomly scattered around the areas, which makes them really boring and bland after a some screens. To top it off, sometimes the background assets are zoomed in too much so that they get blurry.

These boring, repetitive areas make the game feel stretched and boring, even if it's already pretty short. Yet, the things the game does well are really solid.

You are here: main page / reviews / the cruel king and the great hero