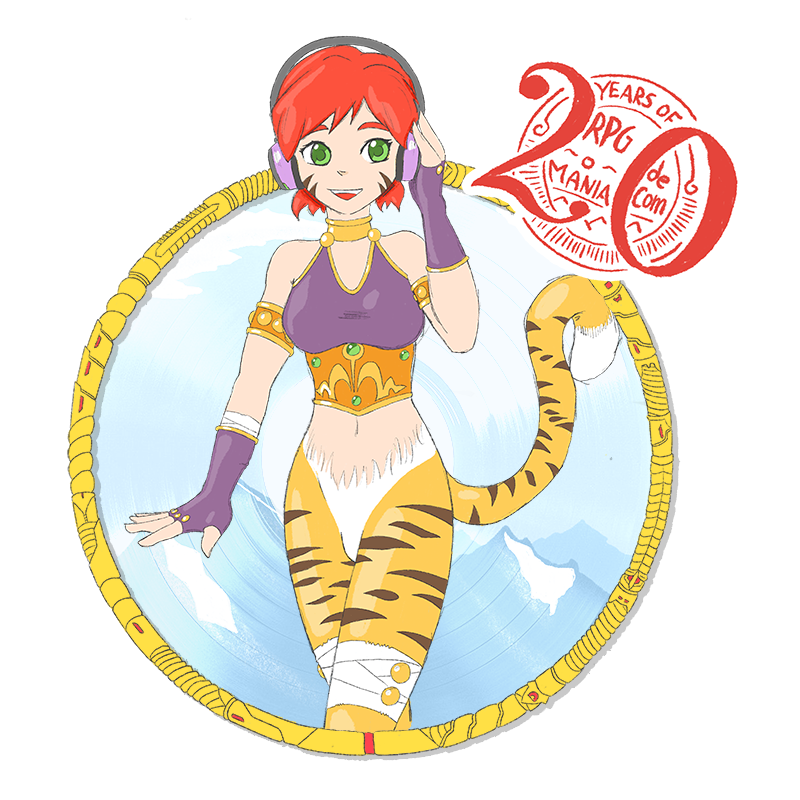 Happy birthday, rpg-o-mania! In September of 2019, this little website celebrates its 20th anniversary. Well yes, if you read our history section, you might know that there was a site called rpg-o-mania online as early as April 1999 and that the page was offline for a couple of years... But the first time a website was live under the domain rpg-o-mania.de was September 1999 - and this domain was never offline and so it's really 20 years that we can celebrate. Hooray! 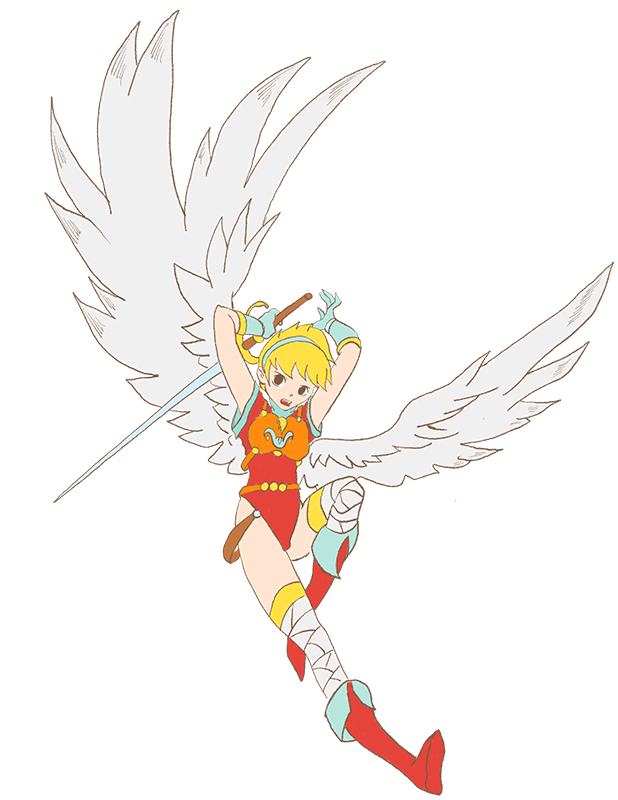 Regular visitors know that I'm pretty focused on this page's identity and history, so we already wrote about the history in the report linked above. So I didn't want to celebrate this page on my own, but I wanted to create something for you. And therefore, with permission from OverClocked ReMix, I browsed their archives and created an music album to celebrate 20 years of rpg-o-mania and searched for songs that can represent every year this page was truly online - whether it was under the name of rpg-o-mania, RPG WorldWide, RPGXanadu or NeverTheSameColor. This is why there are no songs for the years 2011 - 2017.

Of course, you can download every one of these songs on OC ReMix for yourself, but the collection including some artworks are only available here.

Don't care for the details? Download the album now (.zip)

Check out the sources: Go to OverClocked ReMix

This artwork can be used as an album cover. 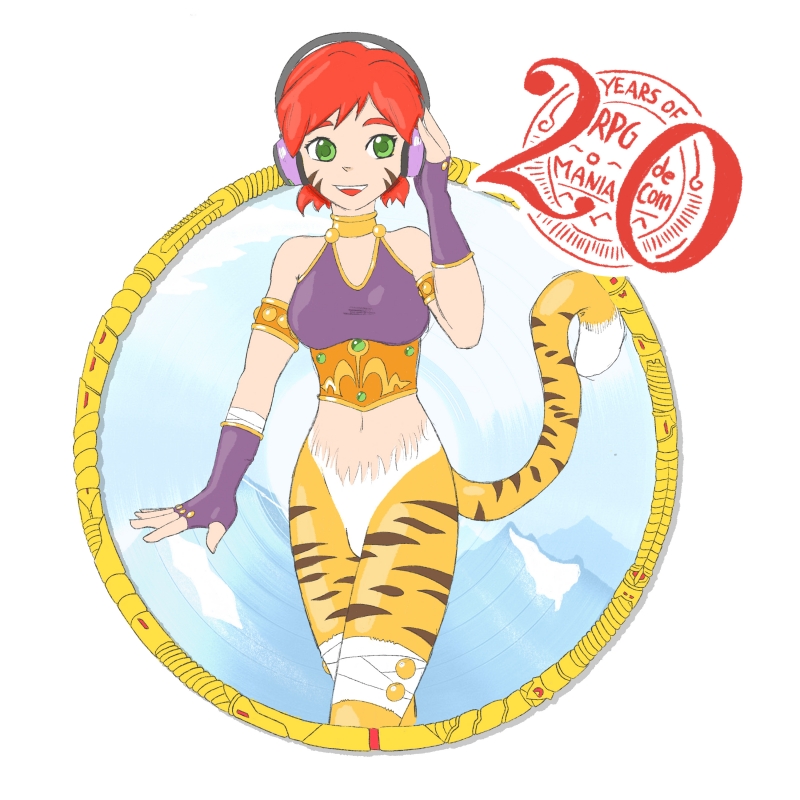 This file is actually not from OC ReMix, but was sent to me in 2000 by its original remixer so that I could publish it on rpg-o-mania. This was the first mp3 ever available for download here on this site, and I thought it's a great track to start the album since it is actually from 1999 and it has some history with this site.

Suikoden 2 was a big game in 2000, and is still today if I take a look at reddit or twitter. This song has some special place in my heart, and the remix just fits the atmosphere of the original song. And it has lyrics!

In 2001, I couldn't really bring myself to enjoy the new RPGs released in that year. Whenever I don't feel like playing a new game, I play some classics, and in 2001 it was a rerun of Breath of Fire II. This song is a great remix of "Crooked Ladder" (or "Twisted Bridge") with lyrics!

2002 was a great year where I enjoyed lots of games with my good friend Row. Yet, it was a year where I didn't exactly play lots of RPGs. Given the great atmosphere, I chose Ico to be my game of 2002. This remix is a bit more upbeat, but gets the essence of the game nonetheless.

When Row showed me Final Fantasy X in 2001, I wasn't really hooked at all - I changed my view of this game later on. Yet, its successor X-2 was able to trigger my interest. I enjoyed the battle system and although the game was a bit too fan-servicey for me, I liked this tune and I also like this calm remix.

In 2004, I got my hands onto Chrono Cross, a great game and the last of the Chrono series. This remix sounds a lot like a 80s ballad, all along with great lyrics. It's especially well mixed.

I played Breath of Fire IV in 2005 after I just finished Star Ocean 3, and it was a great, classic RPG experience. I loved the soundtrack, and this remix is just great since it covers the great atmosphere of the original combined with the vibe of a early 1990s chiptune.

Suikoden 3 was my game of 2006. I played it for hours after work and tried to get some hours for playing every day. One of my favorite tunes is "Farm village", which was covered brilliantly in this tune with the voice of the great Earth Kid.

I got my Wii in 2007 and loved playing Zelda with the motion controls. Well at least back then, because after I played it again on the WiiU I have to realize that the game is much nicer to play with regular controls. Still the game has its place in my heart and this remake gives a good impression of how the game feels.

In 2008, my free time available for gaming slowly decreased. I tried playing Final Fantasy XIII, but eventually didn't find the time to complete it. Yet, this game marks the days where I started to close down rpg-o-mania and focused on my new job and friends. This remix, again with lyrics, is just a nice drum'n'bass / dubstep song.

I had to do lots of business trips in 2009, and I only found time to play some Zelda 3. rpg-o-mania was gone in that year and replaced with NeverTheSameColor. But no matter how much I worked or much time I spent with friends, some gaming always accompanied me. Almost.

This year marked the end of NeverTheSameColor and thus started the hiatus where there was no gaming website by DocOwer online for the next eight years. I almost played no games in that year, but I discovered this great remix in 2010 right on OverClocked ReMix. It's a fitting song for the end of an era.

Welcome back, rpg-o-mania. I found time again for my website and reopened rpg-o-mania in 2018. I played Octopath Traveler a lot in 2018 (although I don't even like it that much). This tune is a jazzy remix that just fits perfectly to the game and the time where this site slowly started to live again.

Trials of Mana, or Seiken Densetsu 3 was a game that accompanied me and my first steps at rpg-o-mania when I first played it in 1999 and it was also a big part of summer 2019 where I played it as part of the Collection of Mana. It's a happy tune for some happy summer time. 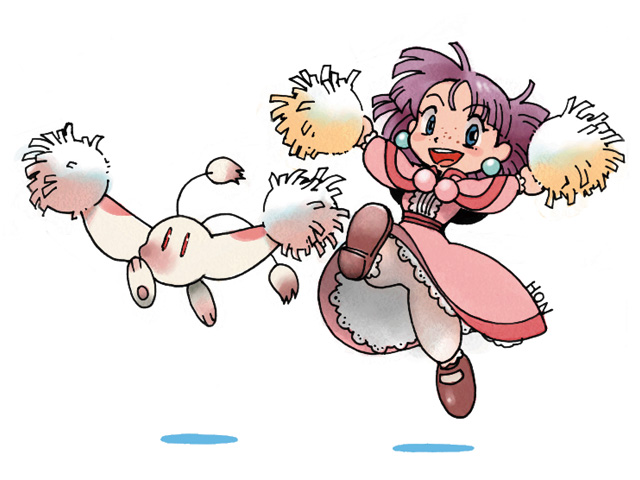 Let's see what the world is like in 20 years. I hope we can celebrate the 40th anniversary of rpg-o-mania then! I tried to do my best and find the most fitting tunes for every year. Although every of these remixes is great, I would have picked some different games here and there (for instance, 2003 was a great year for Star Ocean: Till the end of time and Final Fantasy: Crystal Chronicles), but for some games, no remixes were available. Yet I think that the tunes make for a great album and you have lots of fun listening to this little collection of tunes.