How rpg-o-mania got its name

It's you! Long time no see, old friend. So you're looking into the history area of this page? Aren't you here to check out RPG tidbits and information? Oh no, so you want to see what happened here in the past?

Well then, I am pleased to give you an overview of what happened here. The first time, a website with the name of "RPG-O-Mania" was online was as early as some time in early 1999, with development beginning in 1998. Much has happened since then. The page was offline, renamed, online and successful and much more.

So if you like to, enjoy the read! By the way, the background image you see here on this page (at least if you're not on mobile with a smaller screen) is the original background used for the very first pages. I found it and thought it would be nice to use it :) 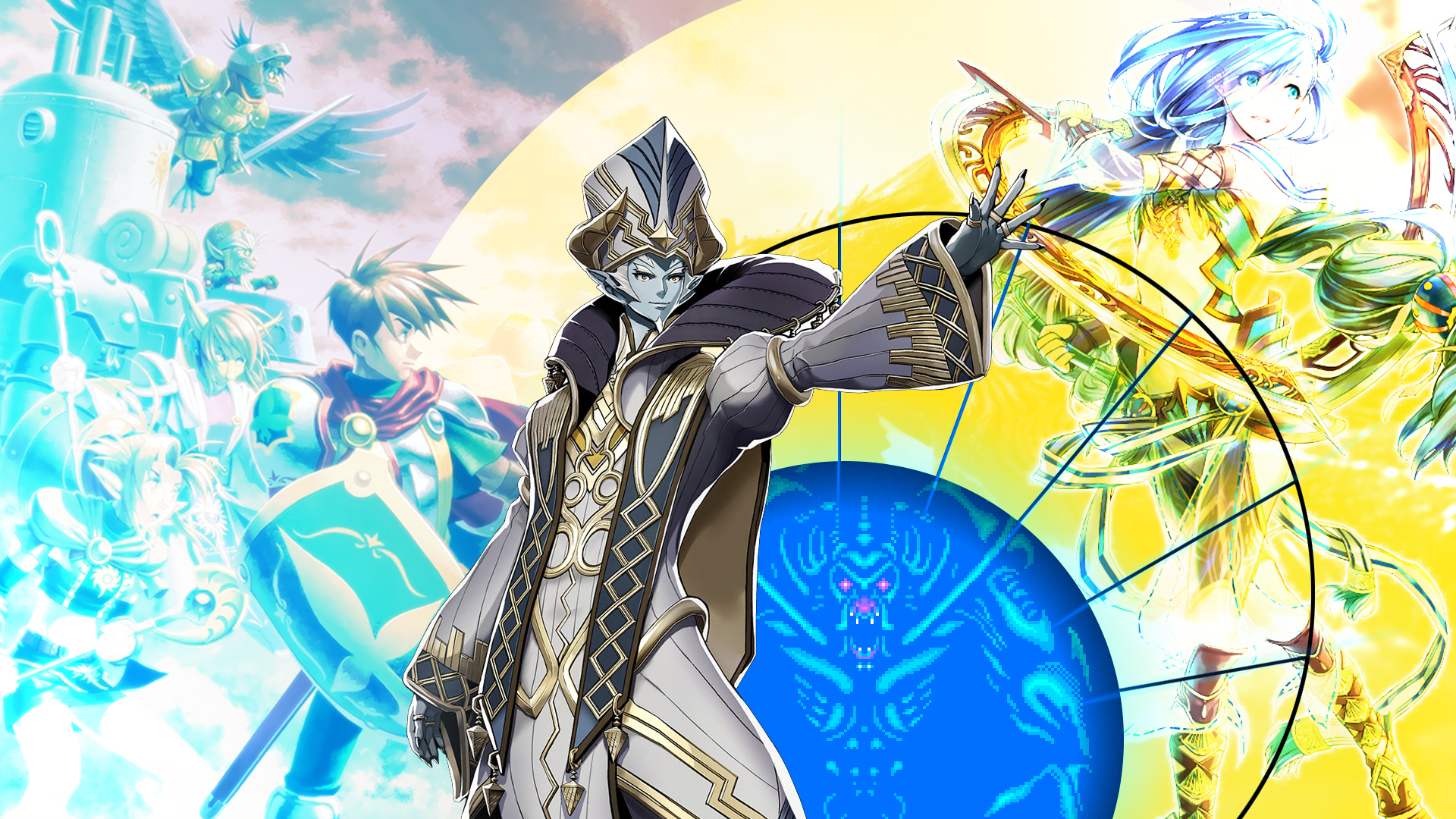 This image has been created on August 22nd, 2019. This shows a bit how the main generations of RPG-O-Mania developed from 1999 onward. The specific versions are explained below and in the upcoming pages, just read on and you'll get all the information about this pages' history.

The page went into a hiatus after 2007 which should last for ten years. You will see why.

It all began in late 1998. Internet was starting to be affordable (although 4 Eurocent per minute and 15 cent for every dial up are quite expensive compared to today's prices). After I surfed around in the net for two months, I felt the urge to create my very own website. First I didn't know what contents the page should have, until I added two pages to my favorites: rpgamer.com and rpgfan.com. I wanted to create a homepage that fits for me as well as my hobby... yet, as all "beginners" know, the very first try is always a piece of crap. 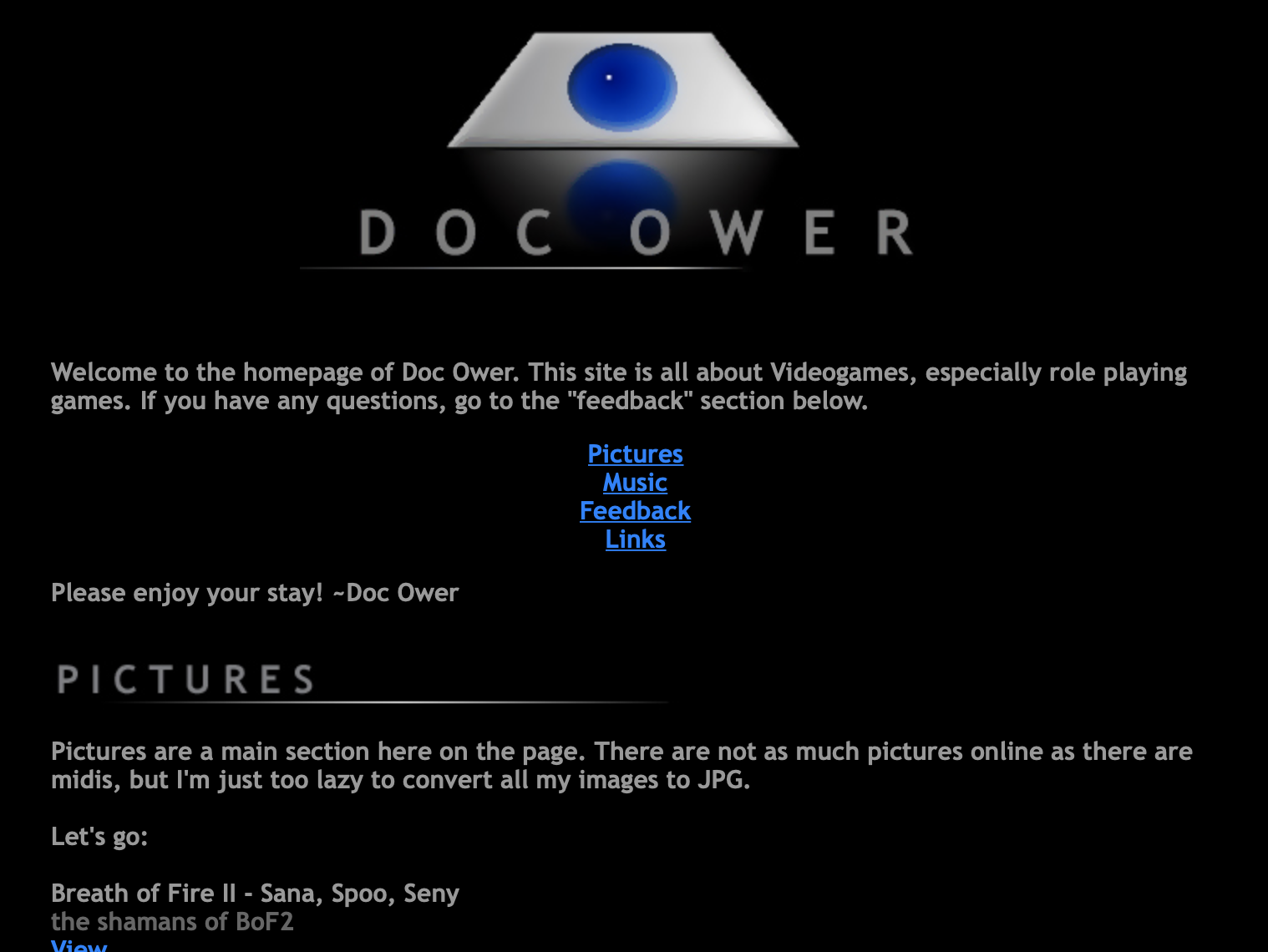 This first attempt was utterly devastating. A single page without a concept, without content and even without any image that could lighten up the layout. I realized that even back then, so I didn't even consider uploading this page. I was so clueless about HTML that I thought Frontpage was necessary to create a website consisting of more than one page. I saved money and finally bought it. After I've got all the software necessary for a website (I also bought Paint Shop Pro 5 in those days), I thought that I was able to work on a decent website from that point on.

You don't have to tell me what a fool I've been, all the RPG-O-Manias that followed later on would have been possible with the free Frontpage Express as well... sigh... but anyway, at least I thought I got everything ready to start.

I didn't want to keep with the page name "Homepage of Doc Ower". I didn't have the foggiest about web design and HTML back in those days, but since I've always was a little crazy about names of things I've created, I thought a lot about how to name my new website. The page should cover my hobbies, my workplace and a little bit about me, so I came up with "World of Doc Ower". Since the plan was to create a bigger RPG subsection within the website, I also tried to come up with a name for this section.

How rpg-o-mania got its name

When I started to work on RPG-O-Mania, I was still relatively young. There were many good mid-sized RPG pages online back then, and instead of thinking about a new kind of RPG page, I wanted to create something "like that". I knew I could never come up with the big RPG pages mentioned above, so I looked around how the smaller pages are organized - and, what they're called. A site called "RPG-central" was one of my favourites that time. It had loads of great content and a comprehensive link directory. One of the linked pages was called "RPG-O-Rama", which was the basic idea for this pages' name. Of course I wasn't that mentally retarded to just copy the name. I don't know how I linked RPG-O-Mania with the rubric title "Mail-O-Mania" of a german videogame magazine, but it's true: "RPG-O-Mania" is just a mixed name based on "RPG-O-Rama" and "Mail-O-Mania". 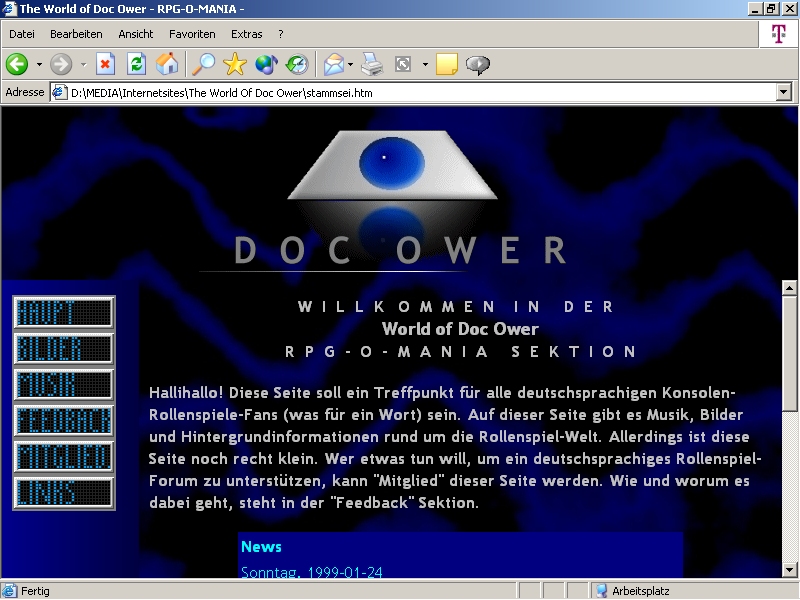 This was it, the very first RPG-O-Mania. Completely in German, with a crappy layout and nearly no content. I wanted it to be a ... kind of a big forum where RPG fans could exchange news, but I was everything but satisfied with that page. It was nothing but a reason to play around with HTML anyway.

But even if it was nothing more but a guinea pig, it was the basis of 3 generations of RPG-O-Mania called websites, where one of these even went online

1999 was a great year for RPG-O-Mania. After I fiddled around with HTML and created a site that was good enough to call it a website better than average, I put it online. 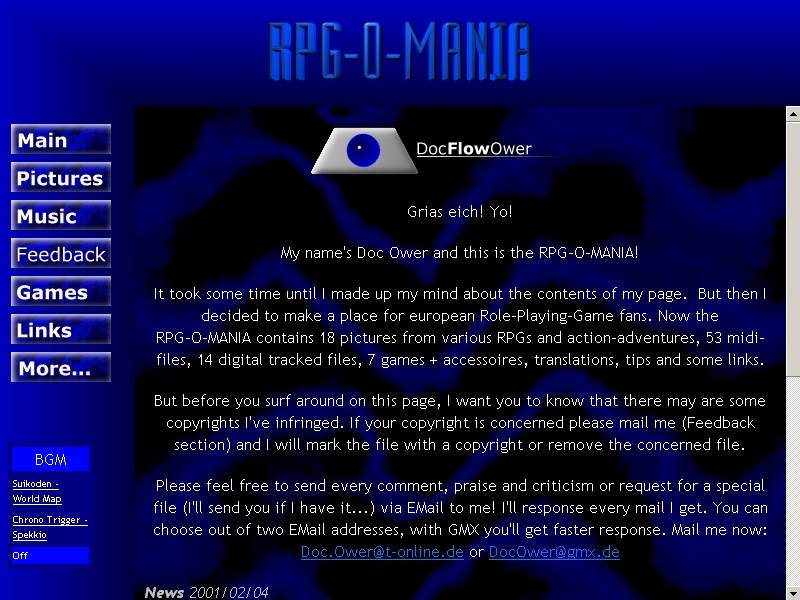 RPG-O-Mania online. It made me kind of proud to see a website made by "DocOwer" online. I put very much faith into it, yet the concept was still kind of strange... I wanted to create a "european RPGamer" (what a task!!), but neither my skills were good enough, nor my webserver allowed me to make a "bigger" website (had a 10 MB limit). So I didn't update this one anymore and worked on a new, more professional website. The outcome were two websites that never went online, RPG-O-Mania X1 and X2. 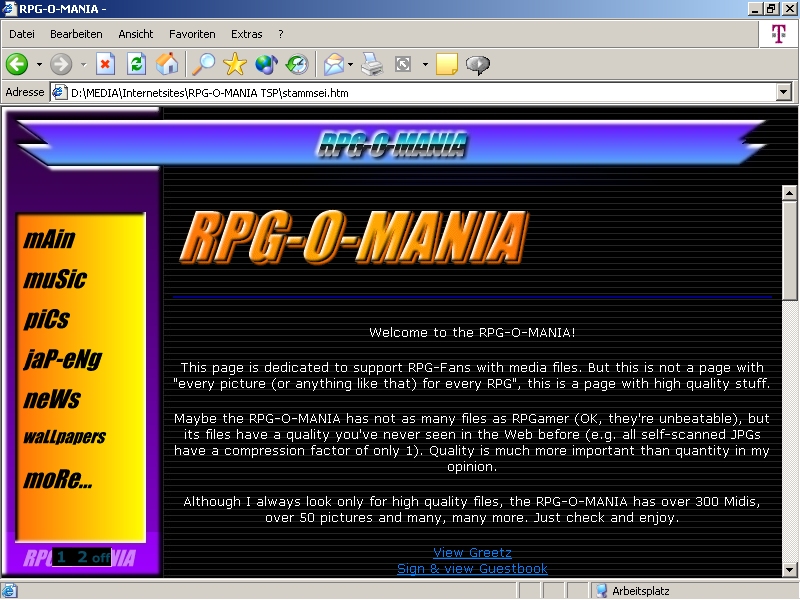 TSP stands for "the supporter page". I had the idea after I saw a friend (a soccer maniac) surfing a website that was called "supporter page" of his favorite soccer club. This page offered high quality shots from soccer matches and had some infos most other pages didn't have. So I thought that it would be a good concept for my site too and opened RPG-O-Mania TSP. This was also the first version that was online at www.rpg-o-mania.de, the URL that's still in use (even if we've switched over to .com). Version 2 of this website was unreleased and didn't look much different than Version 1.