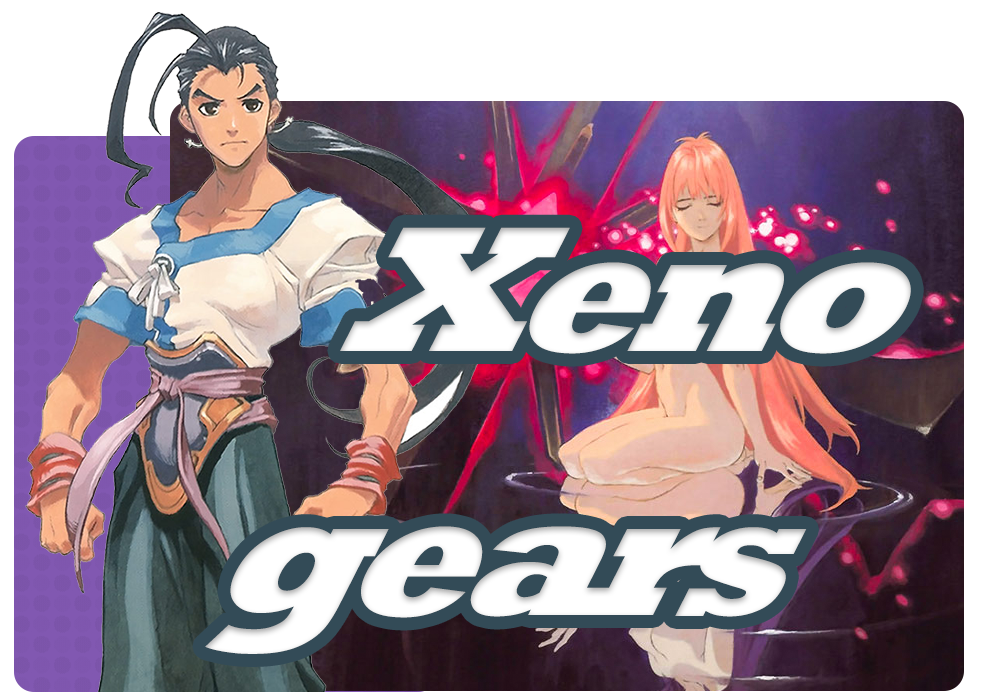 I am Alpha and Omega
The beginning and the end
The first and the last
...And you shall be as gods...

How it came to be 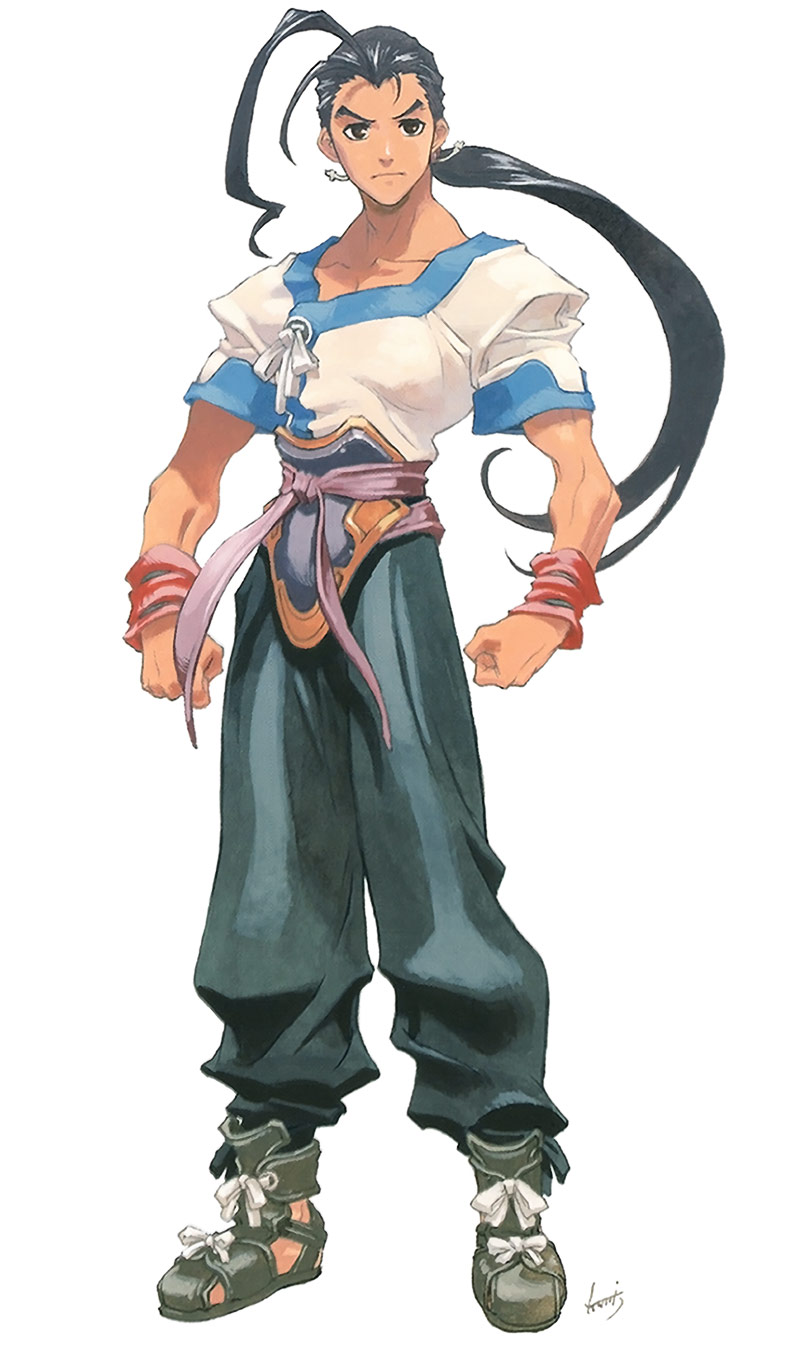 Xenogears itself has an interesting backstory. It was first pitched to Square by its creators to be the possible successor to Final Fantasy VII. After the game was rejected for this role, it was designed to be a successor to Chrono Trigger, since many of the famous SNES games team members had been working on the new game as well. But in the end, it turned out to be its own game and Tetsuya Takahashi planned it to be the first installment of several Xenogears games.

Xenogears evolves about a group of people who fight a floating empire in mechanized robots called "gears" (thus the name of the game). It was an huge hype back then in 1998 since the upcoming game featured so much things that gamers and anime fans both liked: Mechs, floating cities, a incredibly intriguing science fiction setting and an anti hero who strives for righteousness even if he did some cruel things in a mindless attempt to revenge a village that has been destroyed.

The game was long, the battles huge and the story intense. And when the first reviews poured in, they were insanely positive, like RPGfan's 98% rating or the highly positive one from RPGamer. Soon after, however, critical voices arose.

When I remember the discussions in the old forums, there were only two ways you can view and rate Xenogears. You either love it because of its intense story and its new approach to topics that have been avoided in the gaming industry like especially religious topics or things like characters feeling sexually attracted to each other (if you don't count Maxims and Selans kid in Lufia II) or you dislike it because of its gameplay flaws.

I asked our old staff member Vio what he thought about Xenogears (since I haven't played it), and he was part of the latter group. 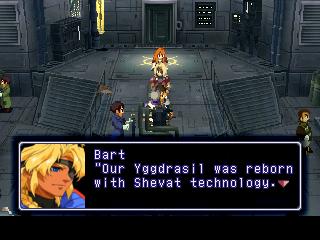 "The Monolith style double bosses toward the end spoiled lots of fun for me. I mean okay, it had the cutscene with two characters sharing a bed, but other than that... well the gears battles were nice and characters pretty well executed since every character has their dark side. In retrospect, this is better than most other games handle the blueprints of good and evil characters. Considering the time that Xenogears was released, I would still recommend other games like Chrono Cross."
Vio, rpg-o-mania staff member

Lots of the criticism was based on the fact that the game was rushed later in development. To finish the story, many cutscenes had to be made whilst gameplay was toned down later on. Like mentioned before, Takahashi planned to release more Xenogears games, but Squaresoft refused to do so.

So he said "screw it" and founded his own company which teamed up with Namco to create the next game in the series.

You are here: main page / coverage / the xeno impact / xenogears