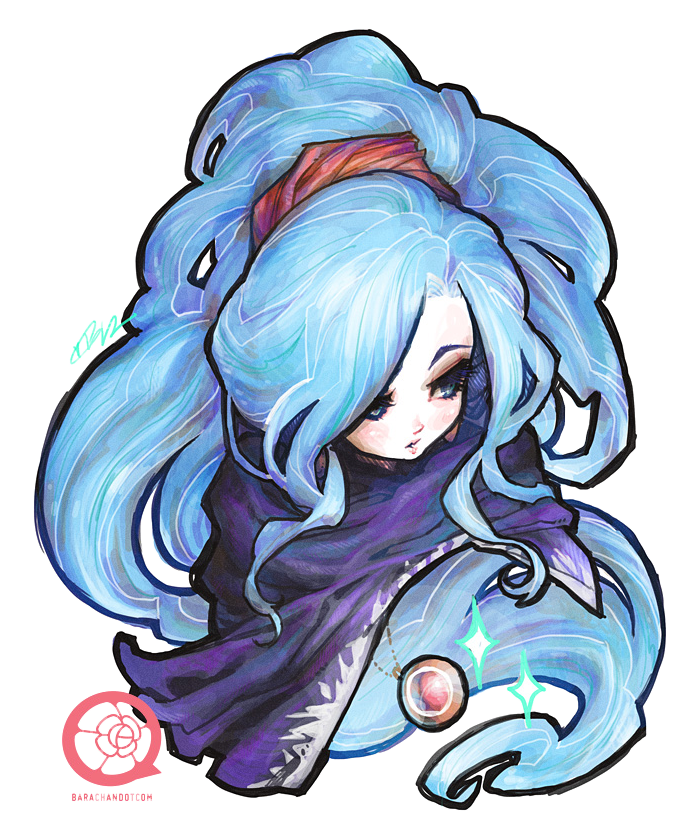 Oh, that's a nice one to cover for this Sprite of the Month. Schala is one of the most legendary, mysterious and sombering characters in the world of japanese RPGs. Considering that she has only a couple of minutes of screen time combined in Chrono Trigger, that's quite a feat.

But let's get to the basics first. Schala (originally named "Sara" in Japanese) is the crown princess of Zeal, an ancient kingdom that in itself has quite the legendary reputation. She is the sister of Janus, who later will become a famous hero - villain within the game. Her appearance seems to be in the late teens or early 20s, while her brother is still a kid. 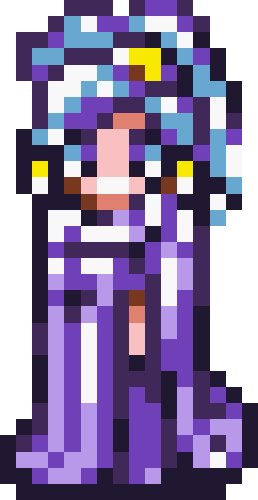 Within the story, she plays a vital part in saving the party, and one item in her posession gets the story running in the first place. But why does she have such a legendary reputation?

It's the combination of more factors that led to her being one of the fan favorites. First of all, it's the game she's starring in. Chrono Trigger is loved by many and liked by most at least. It was one of the most story-driven RPGs of the 90s and offered an intense amount of replayability and so many open ends that the fate of many characters were the reason of so much speculation, on schoolyards as well as the early internet.

Secondly, she is a very likeable character. Schala is friendly, calm and helpful, and always has an aura of melancholy around her. She is presented to be very caring and sympathetic, and has very little screen time, as mentioned. This led to many fans wanting to be her friend, and again it led to much speculation about what became of her after the events of the game.

The music is also important. Schala's theme is one of the best character times in the history of RPGs. She is presented as the princess of a floating kingdom, her theme is mysterious and melancholic (just as Schala herself) on a island with one of the most recognizable overworld themes. And all that was published in a time when the first batch of JRPG fans in the west was in their teens and twenties.

Finally, her legacy is also built upon her story in the games she is mentioned. Her fate always leaves room for so much speculation that there are still discussions going on in social media and fan pages of what happened to her.

On a personal note, I really hope we'll see more of her in the future.

Character art of Schala was created by Rose Besch, her artwork presented on DeviantArt under the CC-BY-NC-ND license.

You are here: main page / coverage / sprite of the month / schala