When to start looking for the seeds

Where to get the seeds

How much seeds do you need?

What to do with the items? 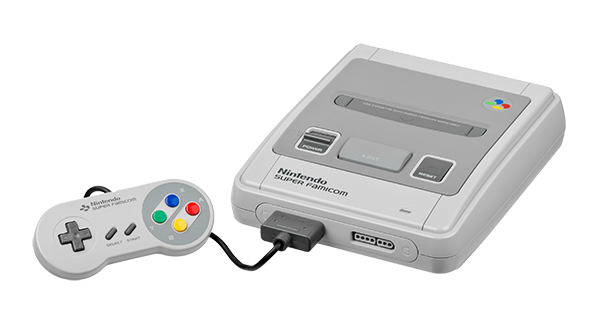 This guide is for the SNES version!

This guide has been written with the original game, released first in Japan only as Seiken Densetsu 3 and translated by Neil Corlett. The guide has been adapted for the new translation released with the "Collection of Mana", where the game was called first "Trials of Mana".

If you want to proceed to the remake guide, please click here: Open the remake's class change guide.

During the game, your character can change his character class two times. To perform a class change means that not only the characters colors and the avatar on the status screen will change; your character's upgrading process will change completely (for examples, the maximum stats or ultimate spell will be different).

Your first class change will be when your character reaches level 18. It's quite easy that time. You have to go to any Mana Stone, "talk" with it and you can choose your class. In the character status screen, you can see the two options you'll have when performing your first class change. The second one is a different story. By choosing either the "Light" or "Dark" class of your character, you will automatically disable the possibility to shift into two of the four possible final classes. In one of the later dungeons, you'll receive "??? seeds", which will include one of the necessary items to perform the second class change. At level 38, you'll most probably have to change classes in the Mana Holyland. You got to have the item needed for your favourite class change in your ring menu. Sometimes it's hard to find the item you wanted, but with some patience you'll eventually gain it.

For further details, please choose your character in the menu below.

Like stated above, for the second class change, special items are required. You can see the items you need in the respective character pages. To get these items in the first place, you need items called "??? seeds" which will transform into the required items at an inn.

When to start looking for the seeds

The class change to the final class itself boosts the character stats quite a lot. Another advantage are the skills that the characters get, and they get one new skill per level up, with some characters getting up to eight new skills. So to use the full potential of your new class, you should perform the class change as early as possible. If you start looking for ??? seeds after you reached Level 38, it might take another 2 - 3 levels to finally get the desired seeds.

You can get seeds as soon as you can enter the dungeons of the god beasts / benevodons. However, the best spots to get these seeds are only available after you beat 2 - 3 beasts, so on an usual playthrough, you can start your seed searching quest around level 35.

After you beat the eight benevodons, you can get ??? seeds easily on the then following dungeons, but in that case your level is around 43 - 45, which means you already missed a couple of opportunities to learn new spells. So our recommendation is: Get those seeds as early as possible.

Where to get the seeds

The best way to get the seeds is in the Shimmering Ruins / Ancient Ruins of Light at an early stage. Please note that this guide only works after you have beaten 2 - 3 benevodons before. With each beaten god beast, the monsters in the remaining benevodons' lairs get stronger, and the enemy we are looking for does not do what's required to gain the seeds until they have gone stronger a couple of rounds. 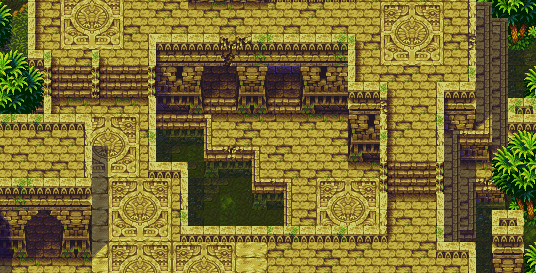 This open room towards the end of the dungeon is the place where it's pretty easy to farm ??? seeds. This room has two Mama Poto enemies which will spawn Papa Potos. If you kill the Mama Potos after they spawned the Papa Potos, the treasure chests that are left behind from the Papa Potos often contain the ??? seeds. If you go there with Level 35 and invest some time here, you will easily get a few ??? seeds that spawn the item you need and you conveniently end up with Level 38 that allows you to perform the class change.

There are two exits to the north of the room, the left one leads to a golden statue - so you can easily rest up in between rounds. To make the Mama Potos respawn, exit the room to the south, then exit the following room to the west, ignore the Sirens and immediately exit that room on the east (i.e., return to the previous room) and fight the Potos again. Be careful about the right exit of the Poto room, this leads to the boss of that dungeon.

How much seeds do you need?

This depends of how you want to change class. The items spawned by the seeds will always be compatible with your current party. So if you have an Angela, Riesz and Duran party, you won't get items for Hawkeye, Kevin or Charlotte. But if you want Duran to be a Liege for example, you need the Lord's Proof and not the Paladin's Proof item. It could happen that you get more of the latter.

If you have a very specific idea of what your party looks like, it could require up to 10 or more seeds to get exactly what you need. If you just want to change classes (not recommended), the requirement could be as little as three seeds to have an item for everyone.

What to do with the items?

You need the items you got in the active item roster (not in the storage), go to the Mana Holyland and then move to an area with two golden statues. There is an additional grey statue up some stairs where you then can perform the class change.