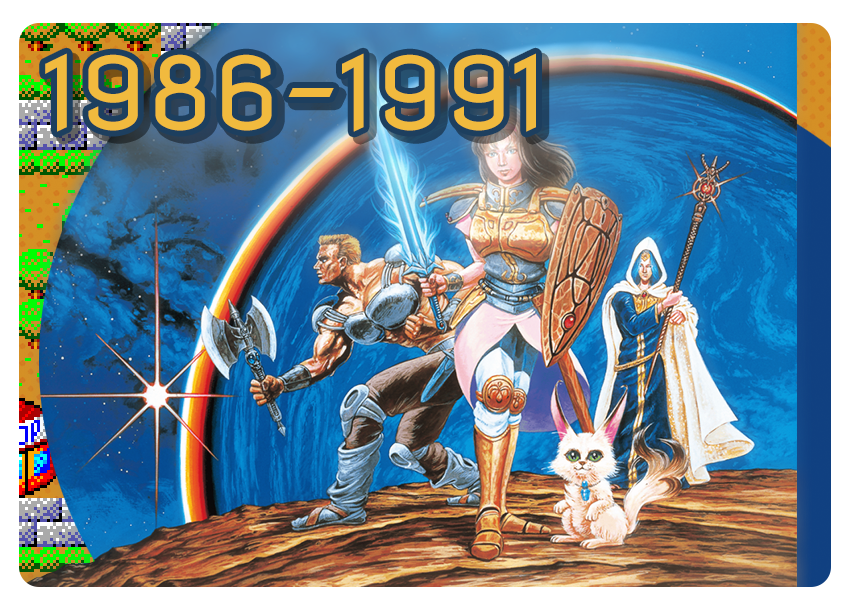 This era is difficult to find recommendations, at least in 2018, when I first wrote this little report. The consoles in those days were beginning to be powerful enough to host text-heavy and complex games such as RPGs, and many famous game series such as Final Fantasy or Dragon Quest emerged in those years.

However, some can still be played. If you have any suggestions, please contact and inform me. I will gladly add more games here. Contact options can be found here.

This old gem from 1988 plays incredibly good, even for today's standard. The 3D dungeons manage to really transfer some feeling of depth. And even if they lack any decoration, they're still nice to look at. 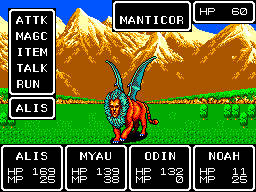 Enemies are colorful and nice, and since your journey takes you around three planets, you encoutner lots of different baddies. Battles are hard and you have to grind a lot, though. It's no easy game, but thanks to the good color palette of the Master System, the game doesn't look bland.

Sound compositions are nice, but they suffer from the Master System's weak soundchip. Japanese games do support the FM sound unit and sound a bit better.

Phantasy Star is a classic that stopped to age some time ago and can be played by anyone. 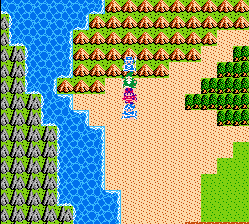 Dragon Quest is heralded as the father of the JRPG. It certainly wasn’t the first game of the genre in Japan, it technically wasn’t even the first one on console, but it was the big early influence for most of what came after and is a juggernaut to this day. However, the first entry that’s still good to this day is Dragon Quest III which came out only a month after the first Final Fantasy and Phantasy Star.

If Dragon Quest is one thing, it is traditional. Four people in your team, turn based random encounters, a fetch-quest journey across the world to defeat an ultimate evil and right the wrongs on the way. You can’t get much more archetypical than Dragon Quest, because Dragon Quest formed the archetype. Dragon Quest III greatly expands on this. With a big world, many things to do, and with a job system. Only your main character, the hero, is pre-determined (but you get to choose their gender), the other three team members are made at the guild. Later on job changing is even possible. For such an early game, this gives you a good form of customisation and even replay value should you want to try out a different team.

The game is also very special for people that did indeed make it through the previous two games. Because it is the last in the so-called Loto/Erdrick trilogy and thus offers many nods to these games and circles back to the very first one.

Admittedly, the NES version might not be the best option to be still playing today. As the SNES and GBC remakes both straighten out the UI, lessen the grind somewhat and look a lot better. Especially with the charmingly animated enemy sprites in them. Yet the NES version is still very impressive for what it did at the time it did it in and is probably one of the best JRPGs on the system. 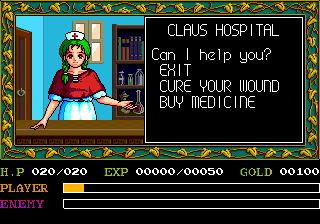 Back in 1989, one of the greatest action RPGs to experience on home consoles was Ys, and especially the CD versions "Ys Book 1 and 2". These games lured the gamers with some CD quality sound songs, an impressive intro and TWO games on one disc.

The game itself is fairly normal looking for the PC Engine. It has colorful visuals, nicely done (but a bit awkwardly animated) sprites, fun gameplay mechanics and challenging boss fights. 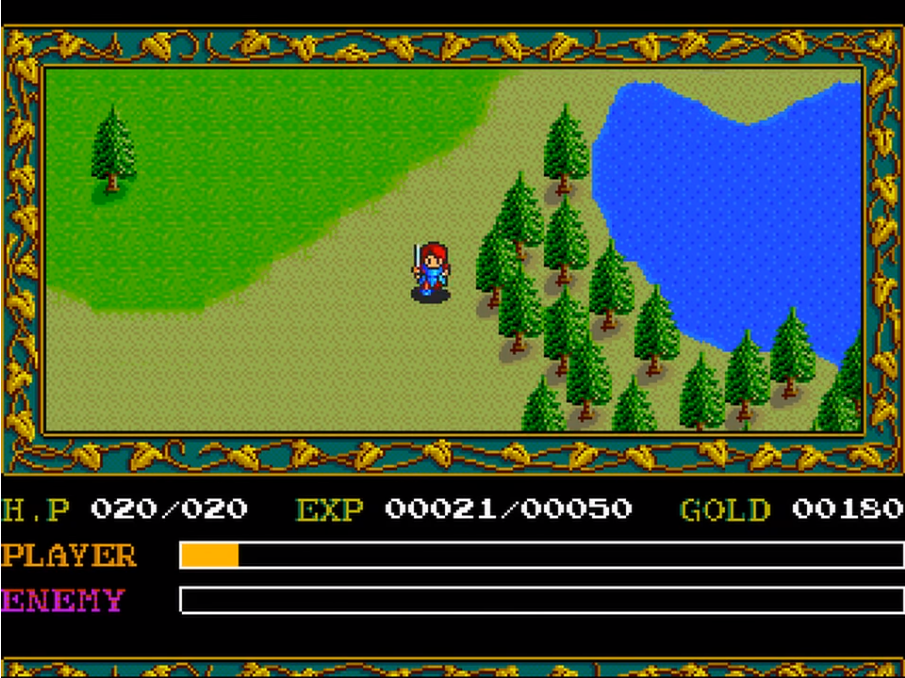 The game introduced the famous "bumpy" combat system where players don't have to wield a sword actively but can rather just walk into enemies, and according to the position of the games' hero, Adol and the monsters, damage will be calculated.

You can get these games separately on iOS and Android even today!

This game came out just a few years later than its predecessor, and it was the first attempt of a real console RPG on the Sega Mega Drive / Genesis.

PS II looks better in almost every aspect, has an intense story that is sometimes told using those neat cutscene images. However, the game lacks individual backgrounds in the battles, which is a shame since the blue grid is quite eighties-ey, but lacks some atmosphere.

The sound is nice as well as the story. Given the age of the game, you have to do a lot of grinding, though. And you have to memorize names of spells because they're really hard to guess.

It's not as ageless as Phantasy Star, but still a good game nowadays that can be played anytime.

When one thinks SNK, they think Fighting Games. Maybe Metal Slug, too, if they want to be special. Once upon a time, the company tried many a genre though, including putting their hands on an Action-RPG called Crystalis (or God Slayer in Japan) on the NES.

And it is one that aged pretty well. You of course get the usual structure of traversing the world top down to fight enemies, help NPCs, get clues what to do next and where, and find items that help you reach said places. Thankfully, the game is not particularly obtuse like some of its brethren, as long as every person is talked to it is usually easy to know what to do and if a pace is blocked what you need to unblock it. Like finding the ice sword to freeze over a river. There are four of these elemental swords in the game that set it apart and which you can power up for better attacks but root you in place during it to balance their power.

The world design is also interesting. For the most part it might take on the look of the typical fantasy setting, but as the opening narration tells you, this is actually post-apocalyptic and the technological influence comes back for the finale. There is even a nod at Ghibli’s Nausicaä for the forest area. Some of the odder colour choices, as are per usual on the platform, can be easily explained away by this too, like the oddly green grass shade.

There’s a GBC port of the game, but the NES original is really the better choice. Because the handheld version makes it a straightforward fantasy setting. The game should play as well as the original anyways, but the setting was part of what sets it apart too. 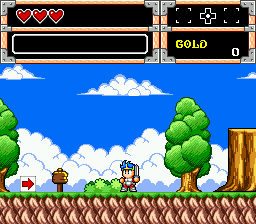 One of the first Mega Drive / Genesis titles and the third installment of the Monster World series.

This game takes up lots of the ideas that have been established by Dragon's Trap before on the Master System, but on a much bigger scale. Interesting enough, that what's today called a "Metroidvania" game with big, open areas and a side-view was first established here. 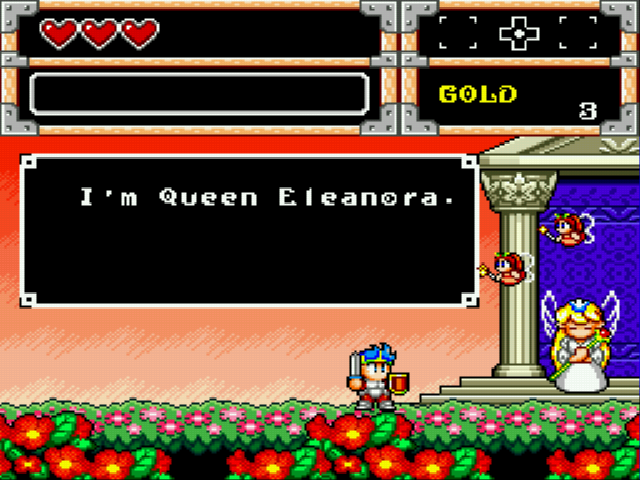 The game itself is nice to play, has a good story for the time, good graphics, a nice soundtrack and many secrets to discover. You can upgrade your attack and jump abilities with new items and there are extra hearts shattered around everywhere.

It's a pity that the last boss is so darn hard. It has been made more difficult for western players, the japanese version is easier. I myself just finished it one time.

You are here: main page / coverage / recommendations / The early years