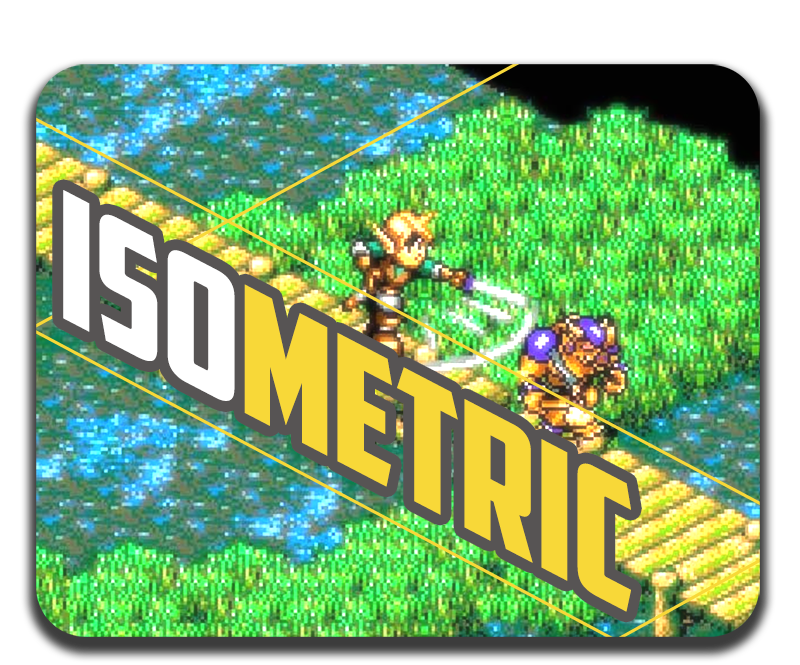 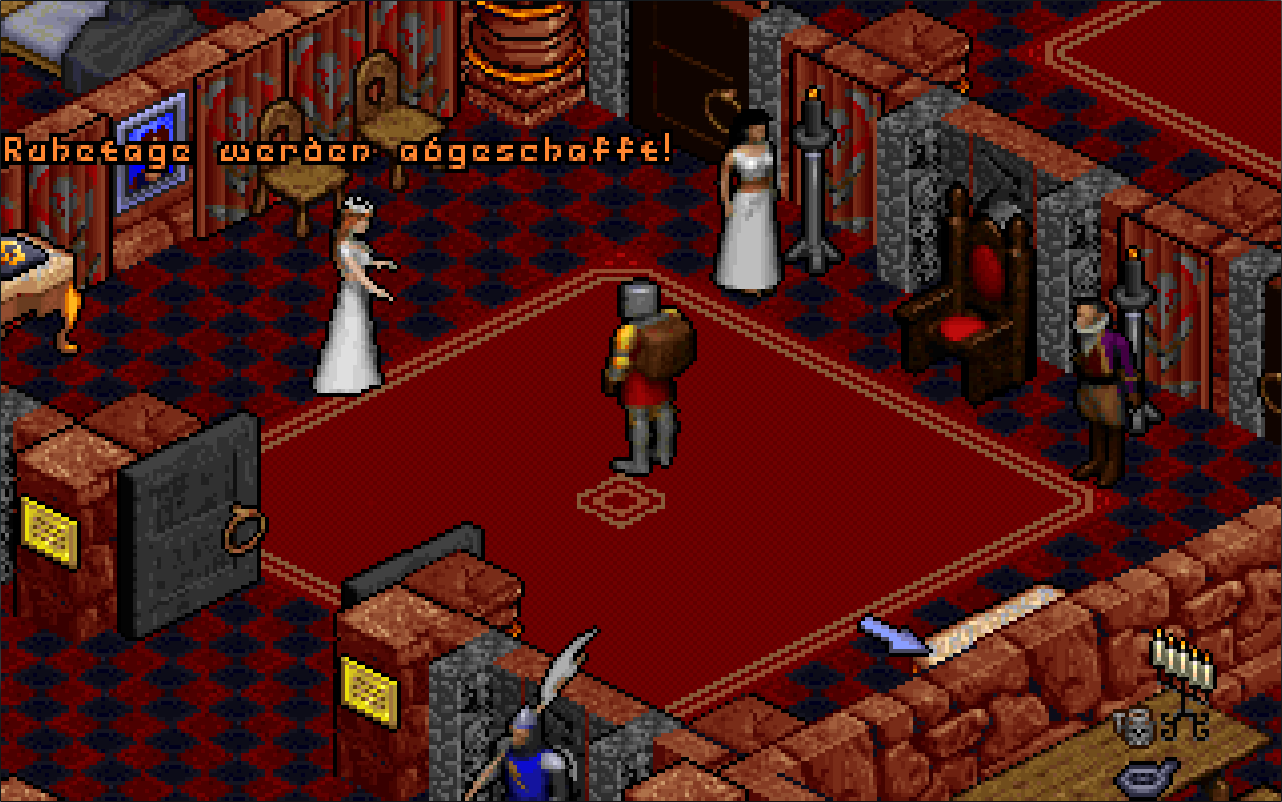 If RPG game designers thought the top down perspective to be too dull, they sometimes went for an isometric view of their games. Scenery looked just a bit more detailed in that view as players could see buildings and obstacles not only upfront, but at least from two different sides. Also, in the isometric view, vertical heights could be displayed in a better way than in a top down perspective.

Isometric games looked always a tad more special, but it takes more effort to design characters and environment, especially when the isometric scenery is done in pixel art and not in 3D polygonal view.

Controlling in an isometric world 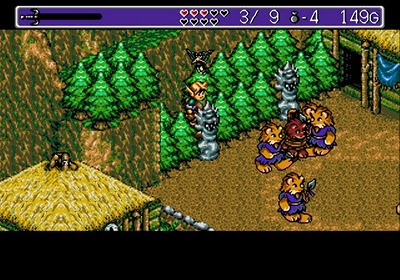 The main problem of these skewed visuals is controlling your character. Usually, game consoles and computers of older days had controls that have been specifically designed to move things (characters, spaceships, Tetris blocks) up, down, left or right.

And even if game controllers or control pads supported eight way control and thus enabled controlling diagonally, it was still difficult to enter just this direction. This was one of the main flaws of Landstalker, where players complained about complex controls and even hardware accessories (called "Easystalker") were released to change the control scheme.

Strategy RPGs, however, were controlled mostly via selecting spaces on a grid, and therefore there was no big disatvantage in this control scheme from a gameplay point of view. Instead, the better height display and overview of the isometric view was the reason that many SRPGs have adapted this visual style - especially in 3D, when players are also able to turn the screen around in 90 degree steps.

The screenshot here shows Final Fantasy Tactics, one of the better known SRPGs. But also other games of that genre that didn't use isometric view in the first iterations later switched on to this view, like Shining Force III for example. 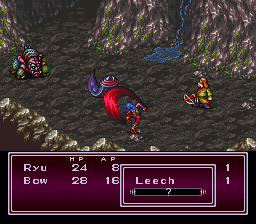 Whereas isometric view was not so common in overworld or town navigation, many games utilized it for battle screens. Not only did SRPGs use this visual style a lot, but also turn based RPGs that switched over to separate battle screens.

In Breath of Fire and Breath of Fire II, players fought monsters in an isometric view that showed the heroes three quarters from behind, placing them in the lower right corner of the screen.

Suikoden also used this visual style, although both Suikoden and Suikoden II used polygons to display the ground and zoomed around the battle a bit during combat, although the viewpoint was never drastically changed.

Breath of Fire III and IV allowed for four different isometric views in a battle, so sometimes the enemies can be seen from behind and sometimes it's the monsters. 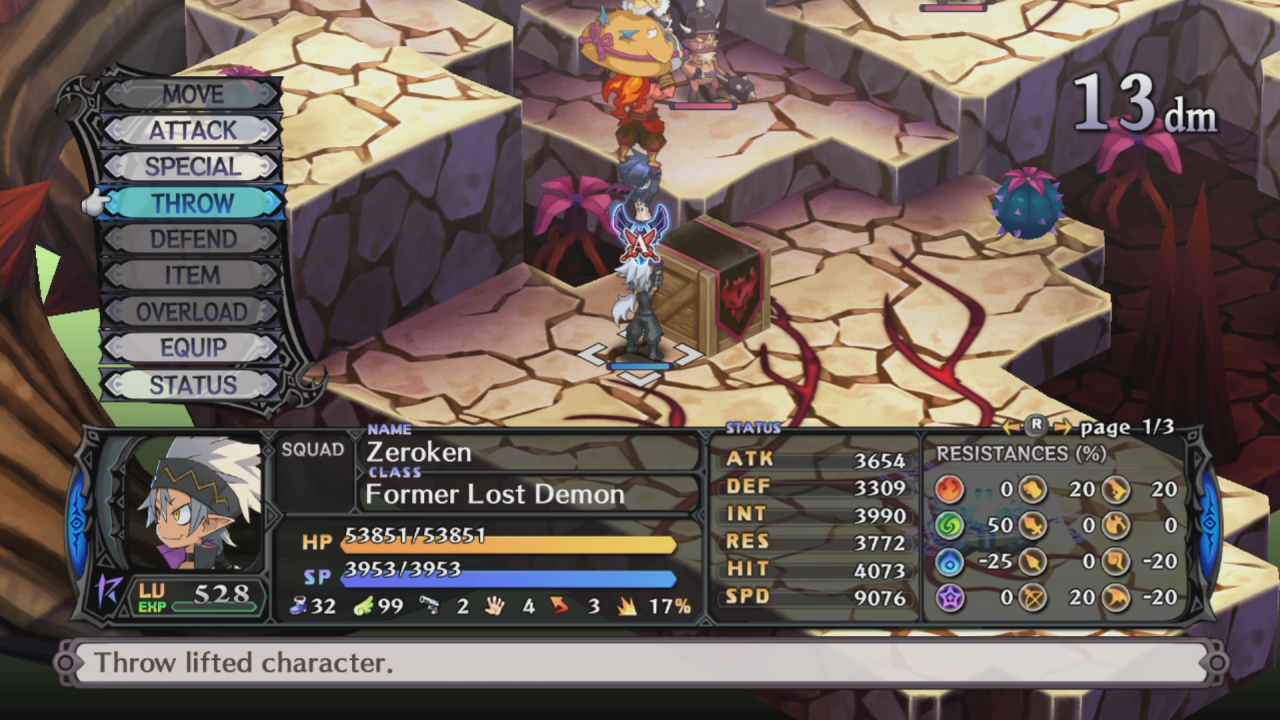 With powerful consoles and PCs on the market and even tablets or smartphones surpassing the power of mighty consoles just released a few years ago, not many isometric games are released anymore - it seems that 3D visuals are superior in every way, although many players still like this visual style. And isometric view still requires less computing power than a real 3D world.

However, the strategy RPG genre still loves to use this handy visual style and with games like the modern Disgaea games, the glory of isometric visuals can still be enjoyed. If you want to exprience an action RPG in this style, try one of Sega's Mega Drive collections for modern hardware where Landstalker is included. That's surely some experience!

You are here: main page / coverage / a matter of perspective / isometric view