Shining Force I and II

The magic of two question marks

Shining Force I and II 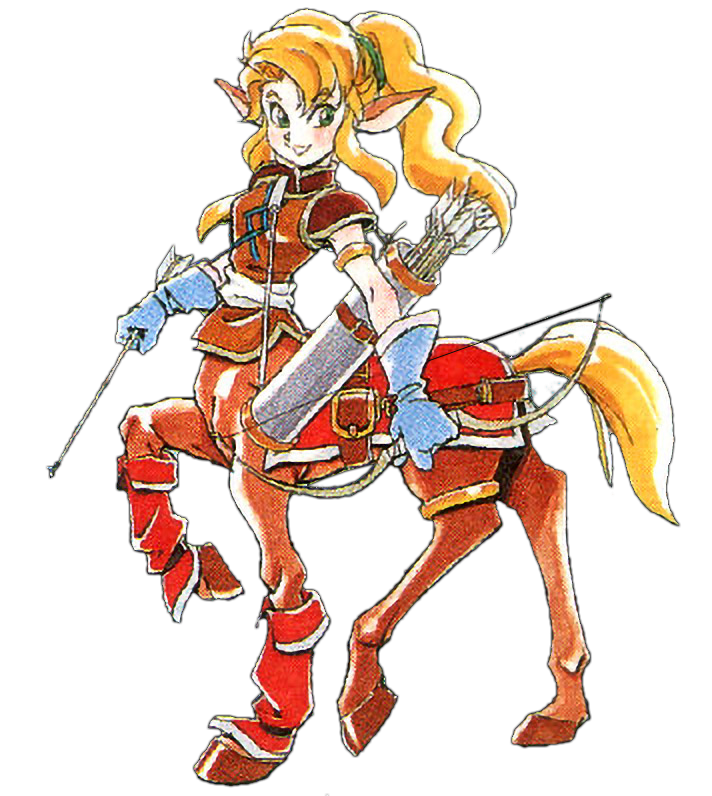 The first two Shining Force RPGs are great tactical RPGs that aren't too complex in comparison with other games of its genre. Much of what made other games like Fire Emblem complex was toned down a lot in Shining Force, which eventually appealed to many gamers - us included.

One thing that's almost unique to these games is that the values of hitpoints, attack, defense etc. are not some insanely high numbers, but rather are mostly located in the values between 1 and 100. So it's easy to calculate: If an enemy has an attack value of 50, and your character has a defense of 30, the damage inflicted by an attack will most probably be 20.

So I was severely shocked when I, as a 12 year old back then, realized that a special boss had a magic point counter of "??". And no matter how many spells that boss (The Marionette, by the way) cast, the MP seemed to not go down a bit. 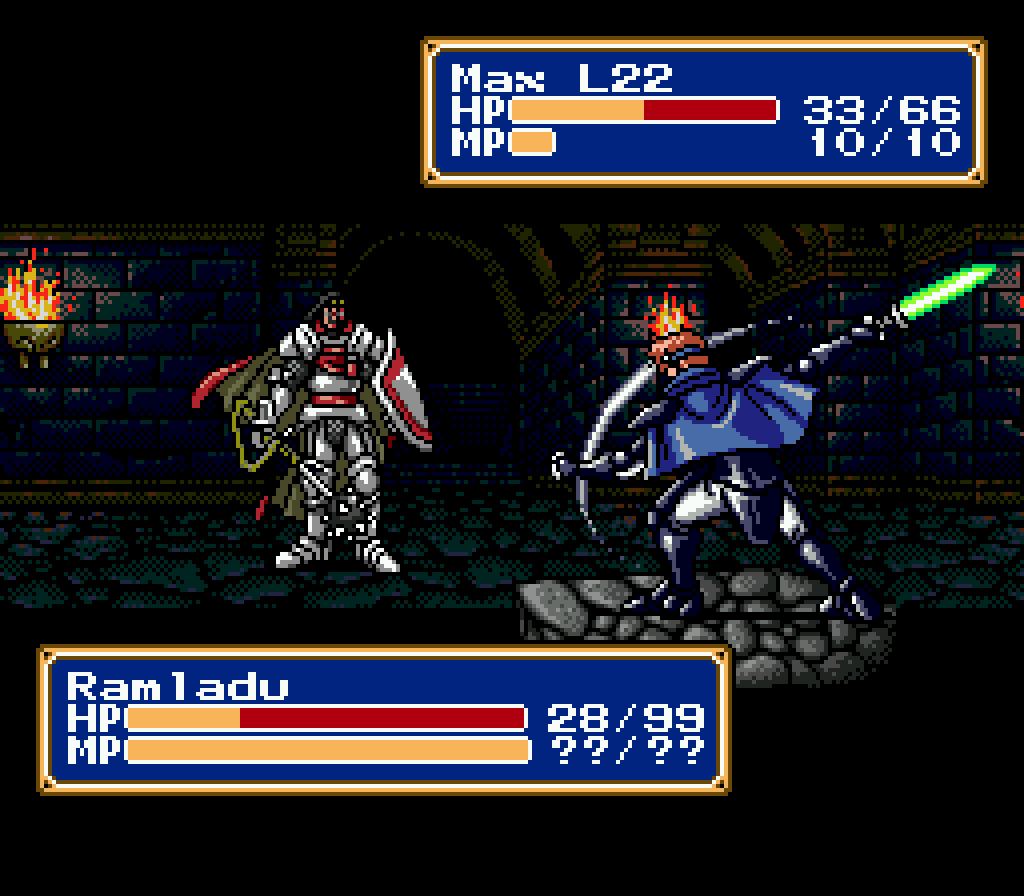 So in Shining Force, when a value of "??" appeared, it meant "indefinite" - this value won't go down no matter what. It striked me as impressive, as a sign of a monster being very powerful. More impressive even so was the fact that some boss enemies later on suddenly showed "??" hit points - although in their case, the value was not "indefinitie", but merely over 100. Still, it was great to see a boss with "??/??" HP and MP.

A few years later, Shining Force II was released, and this game was designed to be a lot bigger than its predecessor, even if the core gameplay remained unchained (but the enemies were a lot more agressive in their behaviour). 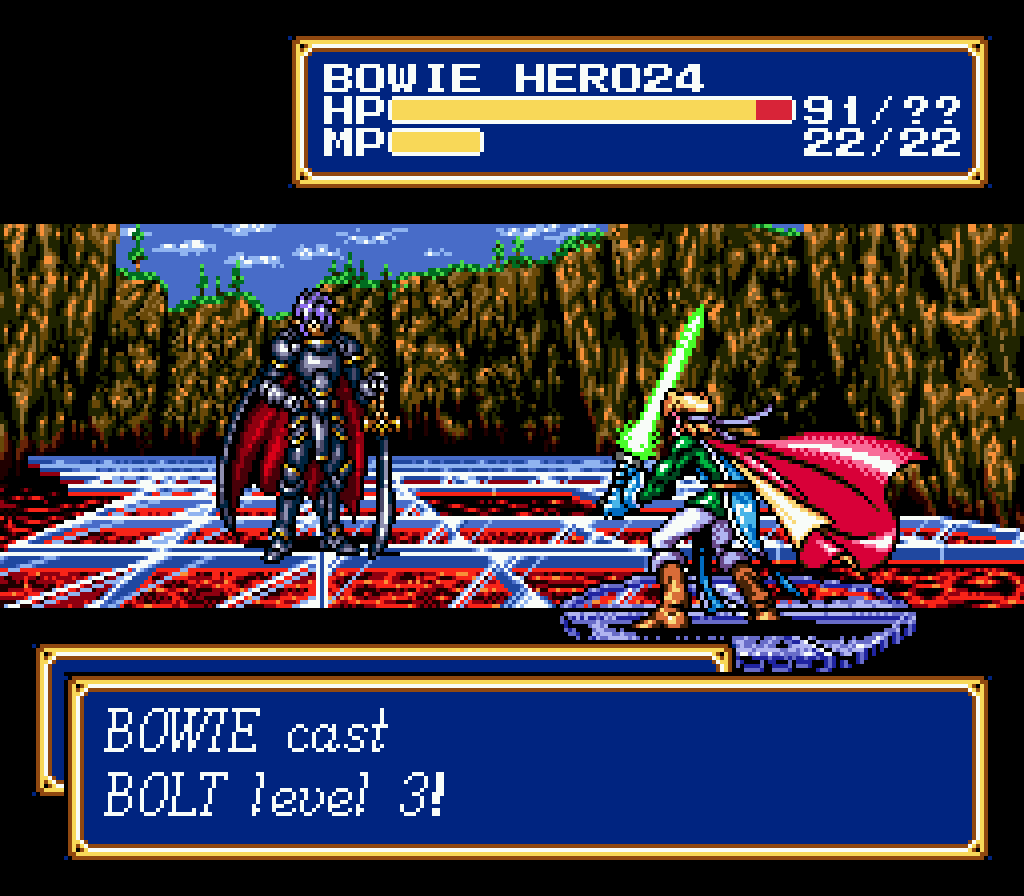 With the game passing by, suddenly enemies did not only have ?? HP or MP, but also ?? attack value. This was reserved for the strongest foes the party had to face. This time, for convenience, the hit points that exceeded 100 were shown as green hit points over the regularly yellow hit point bar within the information pane on the battlefield.

But what's more special than enemies showing some similar behaviour than the original game was that the heroes themselves can get attack or even HP values over 100 in the very late game. So towards the end, when the heroes of the Shining Force face the ultimate evil, they are pumped up like only the bosses in the first game were.

I'll never forget that moment when I leveled up and finally saw an "??" value on my own heroes.

Thanks a lot to Fantasy Anime for providing these screenshots in their pretty extensive Shining Force Shrines. The game saves I experienced this moment a long time ago have died along with the battery in my trusty Mega Drive cartridges, so I had no screenshots on my own this time.

You are here: main page / coverage / those moments / shining force