When you stroll around this website, you see that we have a lot of Shining Force content, and that we hold this nice series of tactical RPGs very dearly. I was only 13 when I first played the first Shining Force game, and I didn't have the slightest clue as of how these types of game properly work and how they should be played.

At some point, the mage that joined the party right at the beginning, leveled up and her fire magic, the BLAZE spell was upgraded as well. I tried out attacking with this new, stronger magic and was surprised why the target cursor changed to some sort of cross. At some point, I realized this meant it was to target multiple enemies at once, and so I tried that out. 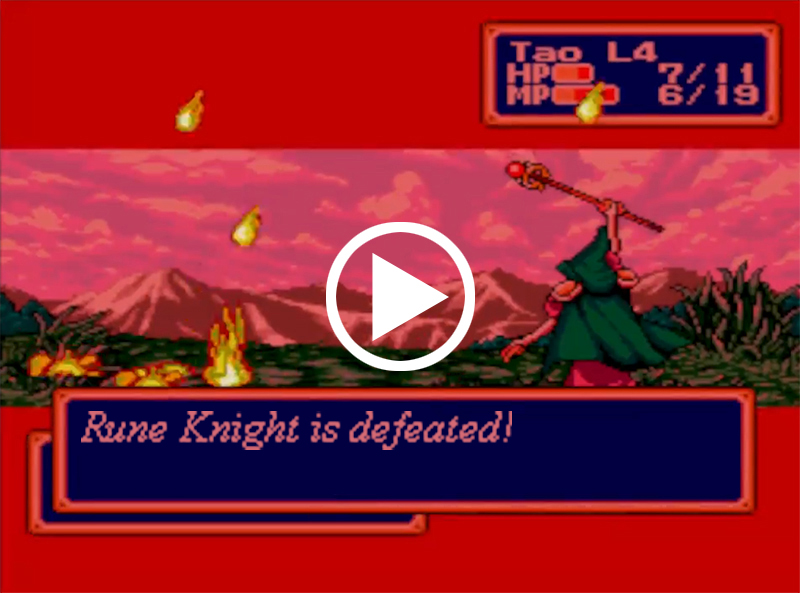 Recreation of that first multitarget I experienced. Click to play.

I was totally blown away. The little mage cast a devastating magic spell that killed one enemy after another, and the battle theme turned out to play even longer than I had known until then. And the tune got really engaging after a few seconds.

And so, I learned how to multitarget spells in Shining Force. And even today, I am quite fascinated whenever I play Shining Force and get some monsters roasted in the second or third battle. Just like I did in 1994.