The suicide attempt of Celes 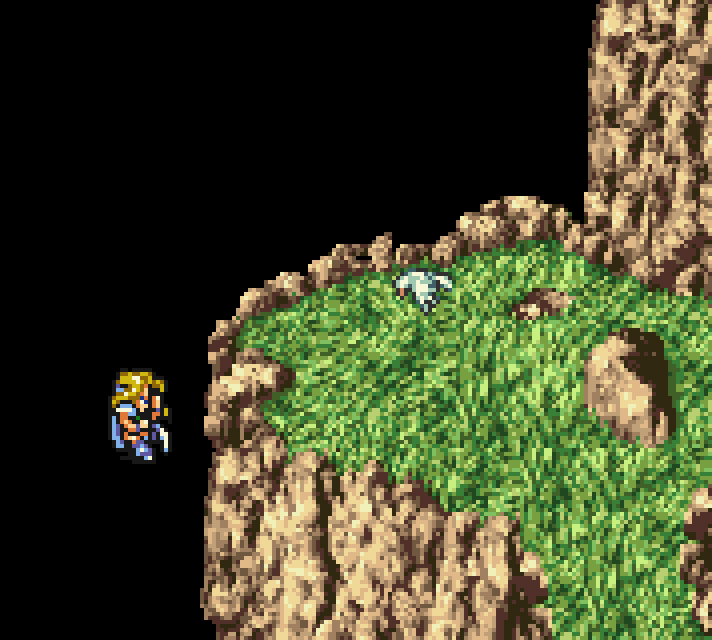 As written in the introduction page, I'm not a huge fan of Final Fantasy VII's Aerith scene. It is mostly because a few years earlier, Squaresoft themselves showed what a really heartbreaking moment can be. Some people even agree with me.

Only rarely do get games so bleak as in Final Fantasy VI. Maybe 2/3rd through the game, the main villain Kefka succeeds in his plans and takes over the world. He kills most of the worlds population, devastates the planet and even moves around contintents. He is one of the few bad guys who is actually able to accomplish his mission.

Players then are able to continue the game with only one of the heroes - Celes. She was heavily wounded and slept for a long time, one year, to be precise. Old Cid took care of her, and when she finally woke up, he was about to lose all his remaining stregth. So Celes tried to save his life, but in the end, did not succeed. He died just as she tried feeding him. 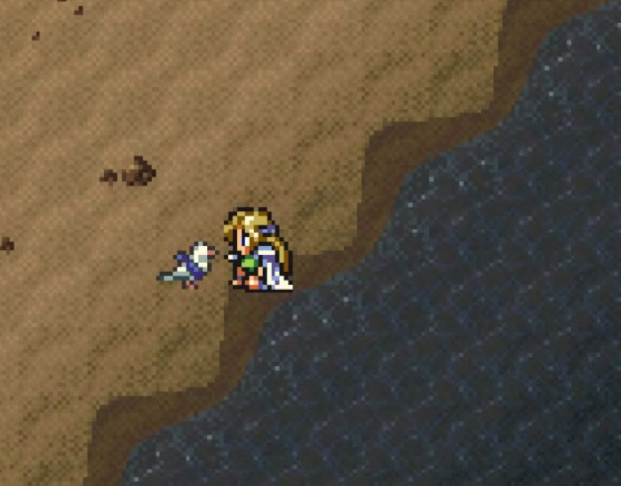 Now she was all alone. She did not know if anyone survived in the world, and she had to face the fact that she tried to betray her friends before, even if she wanted to do the right thing.

Having lost all her hope, she saw no other solution as to end her life. Celes climbed up a cliff and jumped off of it. Players see her crying, falling down. Thankfully, the story ends well with her surviving and going on a journey to find her friends and help fixing everything.

This was such a heartbreaking scene. The use of music, graphic details and the storytelling after players just encountered the end of the world caught me cold handed. I really had to swallow some tears at that moment when I first saw the scene.

Please note, Final Fantasy VI was just a game and everything ended well. Real suicide does not solve any problems. If you encounter suicidal thoughts, please consider talking to a suicide help line.

If you do not want Google to know about your thoughts, please consider visiting a search engine that won't track you like Duck Duck Go to search for help.