This was a very difficult moment for me to research, since I was still playing the game at the time this article was written and the events of said moment had consequences for the following story. Yet, I could not wait and had to write down what I saw since this was one of the rare moments I actually said "whoa" out loud. 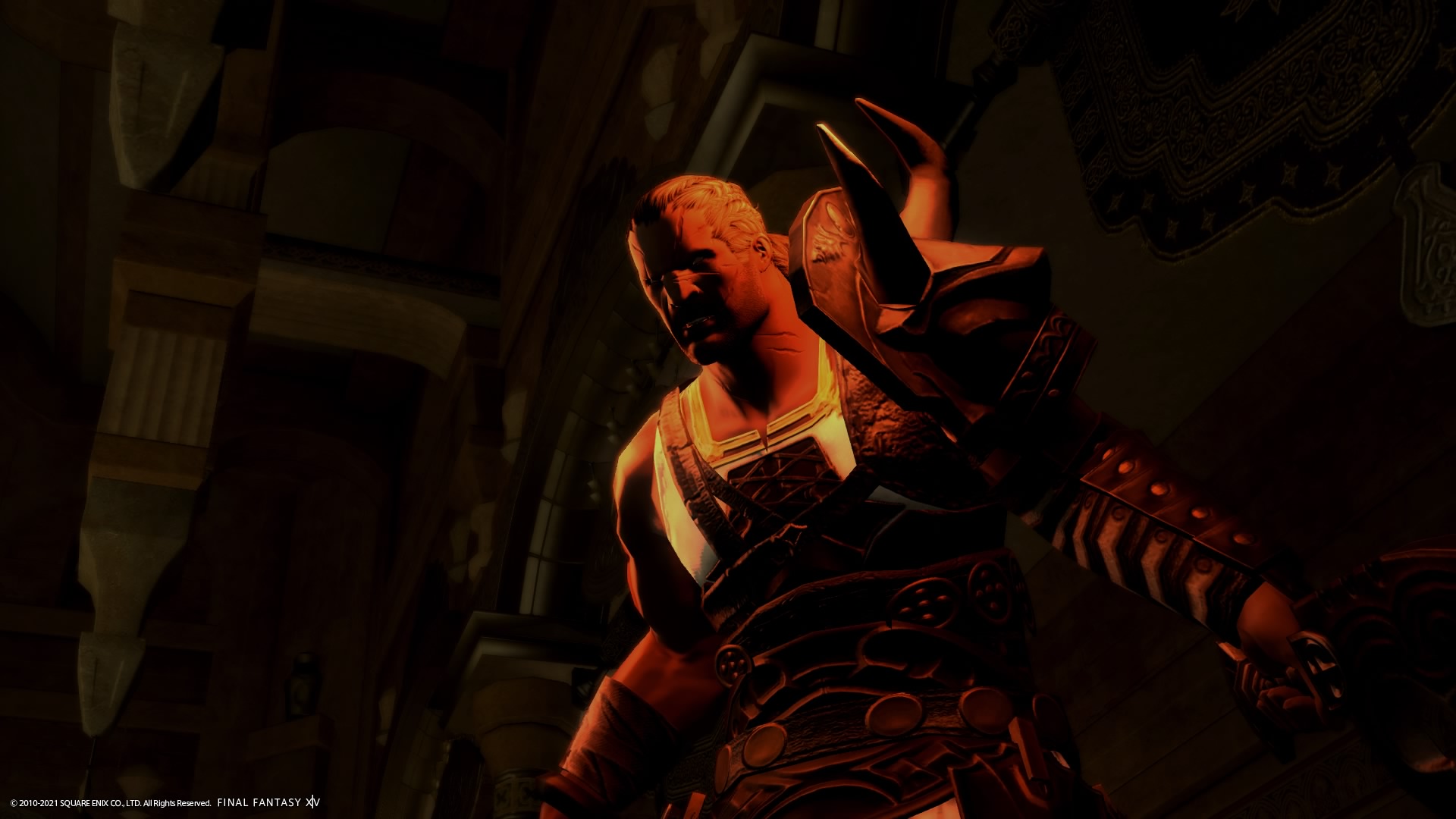 The character whose actions gave me goosebumps is Raubahn, an ex gladiator who was an advisor and friend to Sultana Nanamo in Ul'dah. The country was led by a senate that consisted of different fractions, all secretly fighting and intriguing against each other. Raubahn, accepted and loved by the people of Ul'dah, had a hard standing amidst those political puppet masters, but he did the best he could to serve his country.

He was strong, but also very gentle and worried about the well-being of the Sultana. As she realized that she should resign in order to create a real republic in Ul'dah, invalidating all the rich and powerful people in the senate, mighty merchant Teledji Adeleji started a plan to assassinate her. 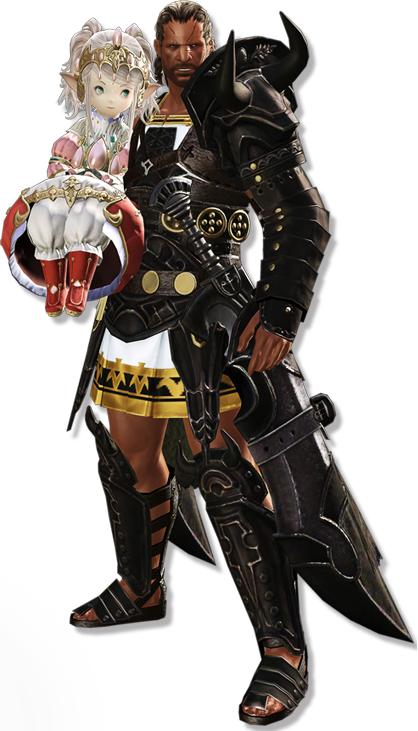 This assassination should not only give more power to his fraction, but also get him rid of some forces that have grown all to powerful, most of all the Scions of the Seventh Dawn. This group was the organization the player's character was in during the events of the first storyline, and they had good relations with both Raubahn, the Sultana and other countries.

So Adeledji assassinated the Sultana by poisoning and was able to make it look as if the player's character did it in the first impression. After he and his army had rounded up all of the "assassins", he started to mock Raubahn, that he was only capable of organizing Nanamo's funeral, since he could not save her.

He continued by confessing that he was in fact the murderer, taunting Raubahn even more. And then it happened - instead of somberly accepting that he lost against the merchants' scheme, Raubahn pulled out his weapons and just killed Teledji Adeledji.

The special impact of this moment was that usually, in RPGs, heroes tend to accept their fates and not resort to violence against their enemies unless they have been attacked first. But at that moment, Raubahn did what everyone hoped for.