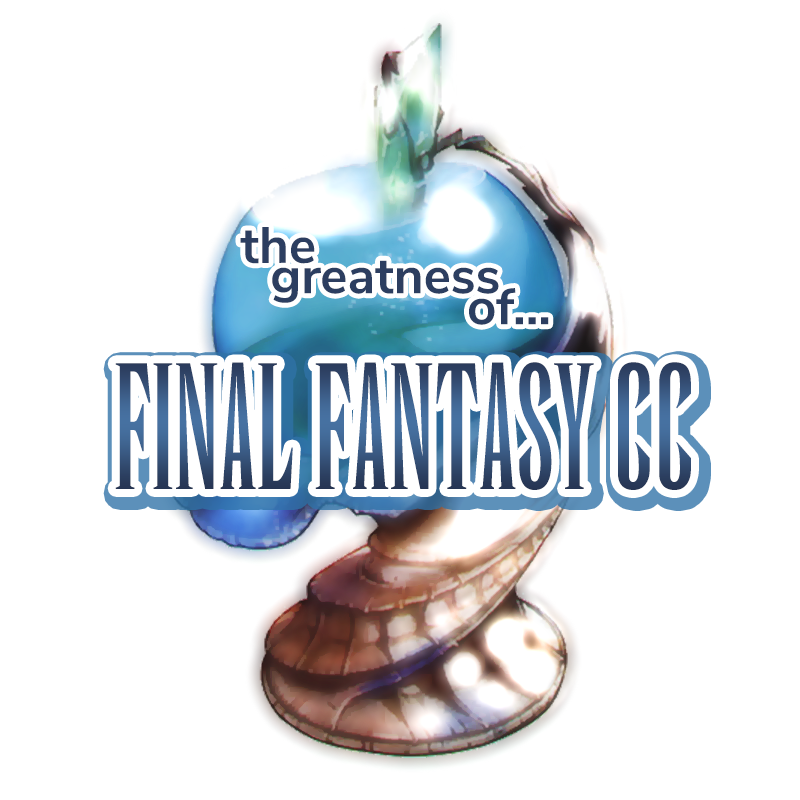 What, an article that explains the greatness of a game that didn't even get the precious "classic" badge in our review? But then, it makes sense to write such a report for a game that got its own shrine.

And if you check out our news archive from years past (like, 2007 or so), you might notice that many of our news messages back then covered the successors of the original Final Fantasy:CC. So what's it about the game? Why do we value it so much despite it objectively being just a "good", albeit not excellent game?

If you check out the review linked above, you see the fine line between a generally great game and a game that can be loved, but has its flaws. Final Fantasy: Crystal Chronicles is a game that does need some getting into, especially when it's being played alone. It can be fun and deep, given the time, but it's not that the game offers all of its greatness at once.

Here we give a short overview why we think the game is great and what aspects really stand out.

This report is based on the GameCube original, a description of the later rerelease on various platforms will follow. This is why you can see the "remastered" logo on this page. 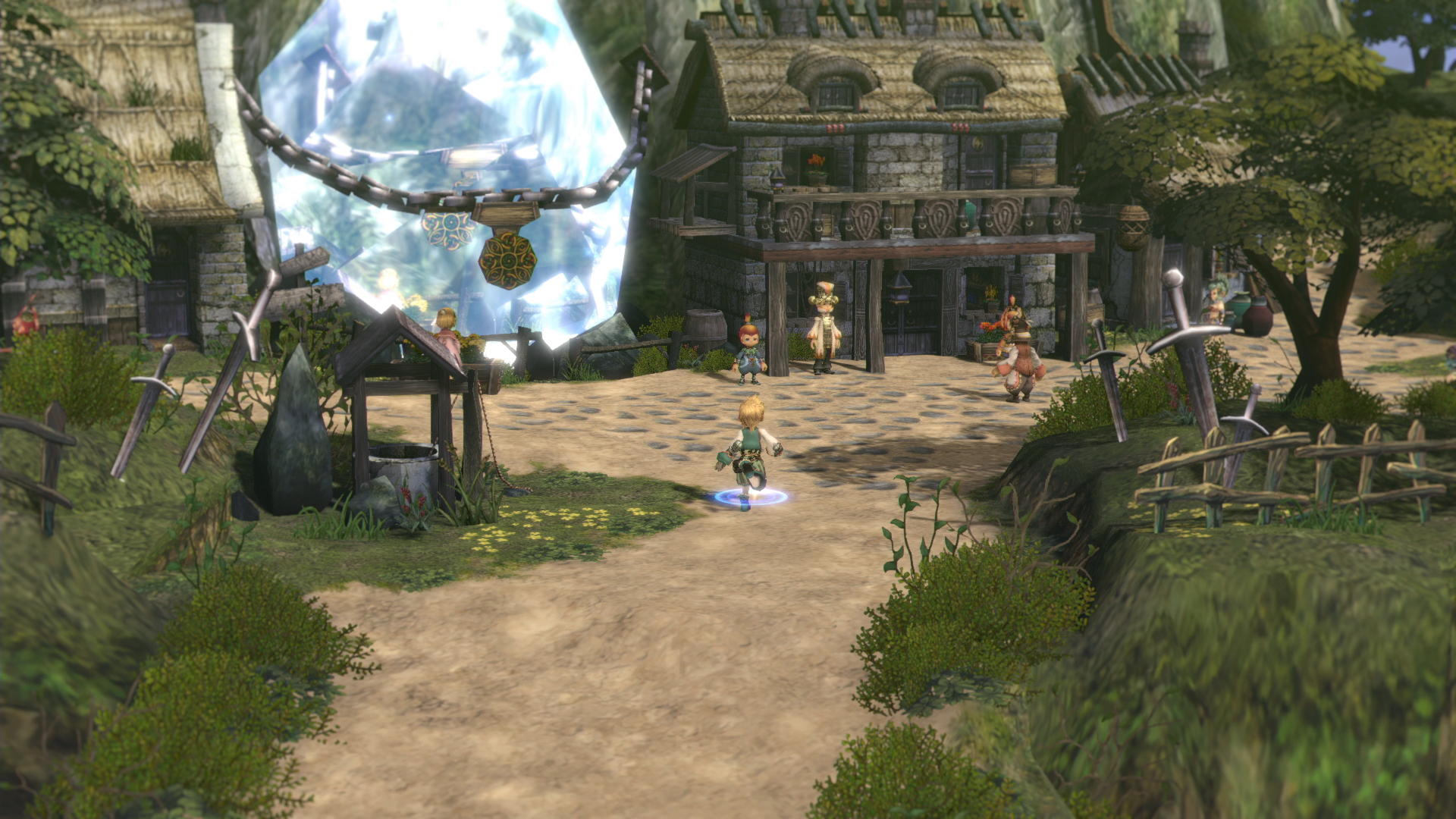 The world of this game is intriguing. It has been plagued by a poisonous gas that dwells within the atmosphere, Miasma, where only monsters can survive. The four peoples of the world, Clavats, Selkies, Lilties and Yukes, have to live close to crystals in order to survive.

And yet there are so many beautiful locations, so many bustling and beautiful cities, and so many sad background stories in certain areas, that even if you have to visit some dungeons more than once, there is always something nice to discover.

There is barely no place in this game that looks dull or uninteresting. 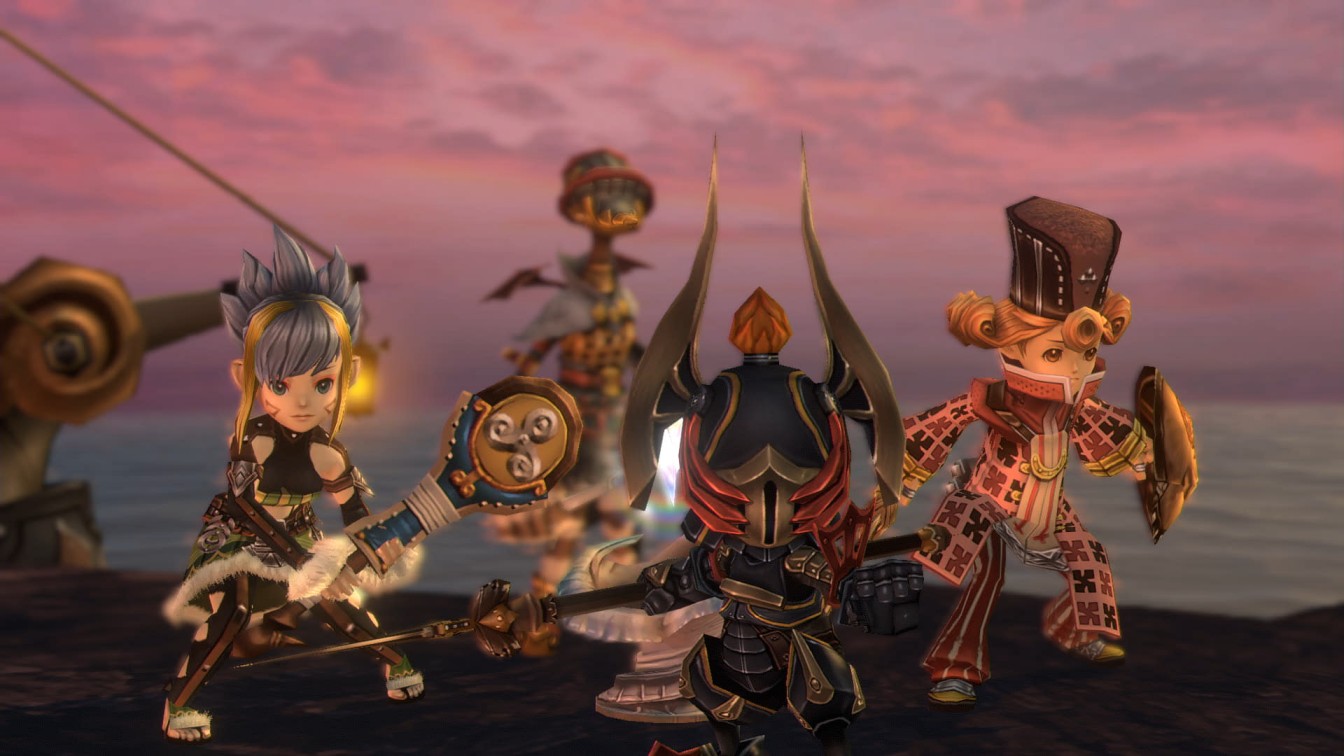 In comparison to other Final Fantasy games, this game isn't filled with voice acted, overdesigned characters full of belts and buckles. But on your travels around the world, you can encounter various characters that have to deal with the ordeals that this world places upon them.

There are some tragic figures here, people who lost everything, including their sanity, thieves who just want to survive in the end and even some characters that appear forever after certain events.

If you spend lots of time in this world, talk to people, listen to their stories and wander around, you can experience stories as intense as in any other story driven RPG. 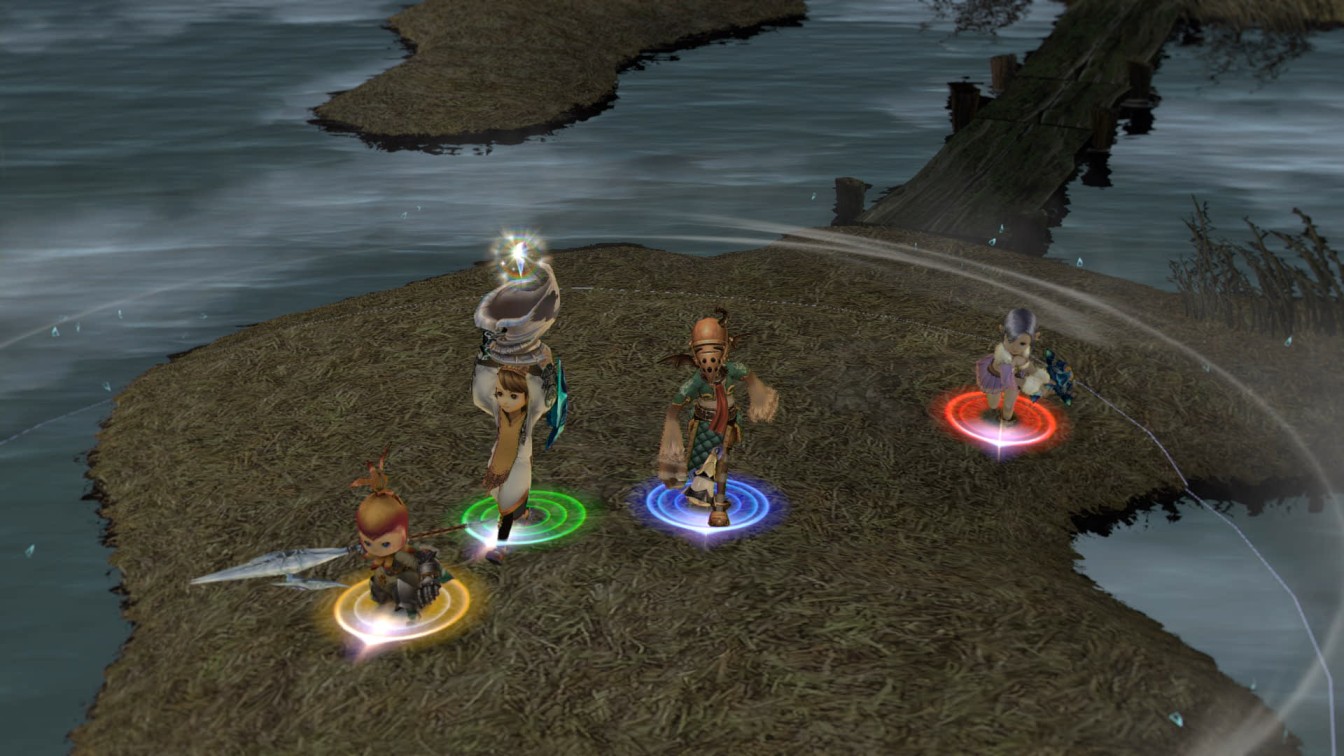 Easily the strongest point of this game is its ability to play together. It is not overloaded with stuff like many MMOs, but instead you meet some friends, sit together, and play some sessions. In fact, my first playthrough of about 44 hours was together with my good friend Vio.

It was a bit complicated to set up multiplayer sessions in the original game as it required the Gameboy Advance connection and GBAs as controllers, but it was fun nonetheless. Esepcially because everyone saw different parts of the map and you had to play together - while keeping up your secret missions to be able to fetch the best artifacts of every dungeons after the bos was beaten.

With the rerelease on the horizon and cross platform multiplayer, it should be even easier to get a few friends together - this time, online too. 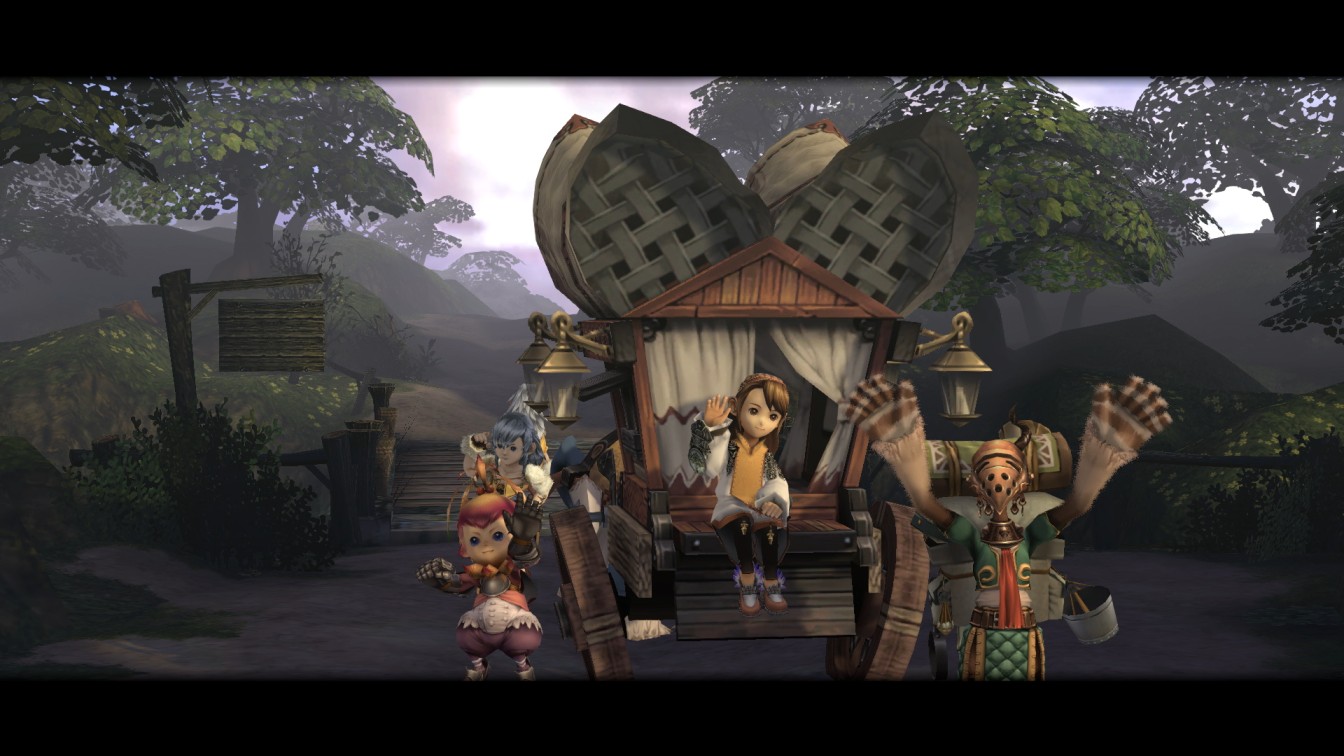 The intro of Final Fantasy: Crystal Chronicles alone is great and gives a good impression what this game is about. It's about caravans, set out by villages to find myrrh dew so that the crystal of the village can stay alive and shelter its people.

The whole game is about traveling around, finding the hidden myrrh trees that give away their precious drops. And indeed, most of the story happens on the road, when the player's caravan meets the heroes from other towns.

And every year, when the caravan returns, a huge festival is celebrated. It's just a great atosphere!

Here you have it, a few points that make Final Fantasy: Crystal Chronicles a game so dearly loved by rpg-o-mania's staff. As soon as the HD version is out, be sure to grab it and have some great fun with your friends! And if you have no friends to play with around, you can paint fluffy Moogles who help you on your journey instead of human partners, so you have that going for you, which is nice.

You are here: main page / coverage / the greatness of final fantasy cc