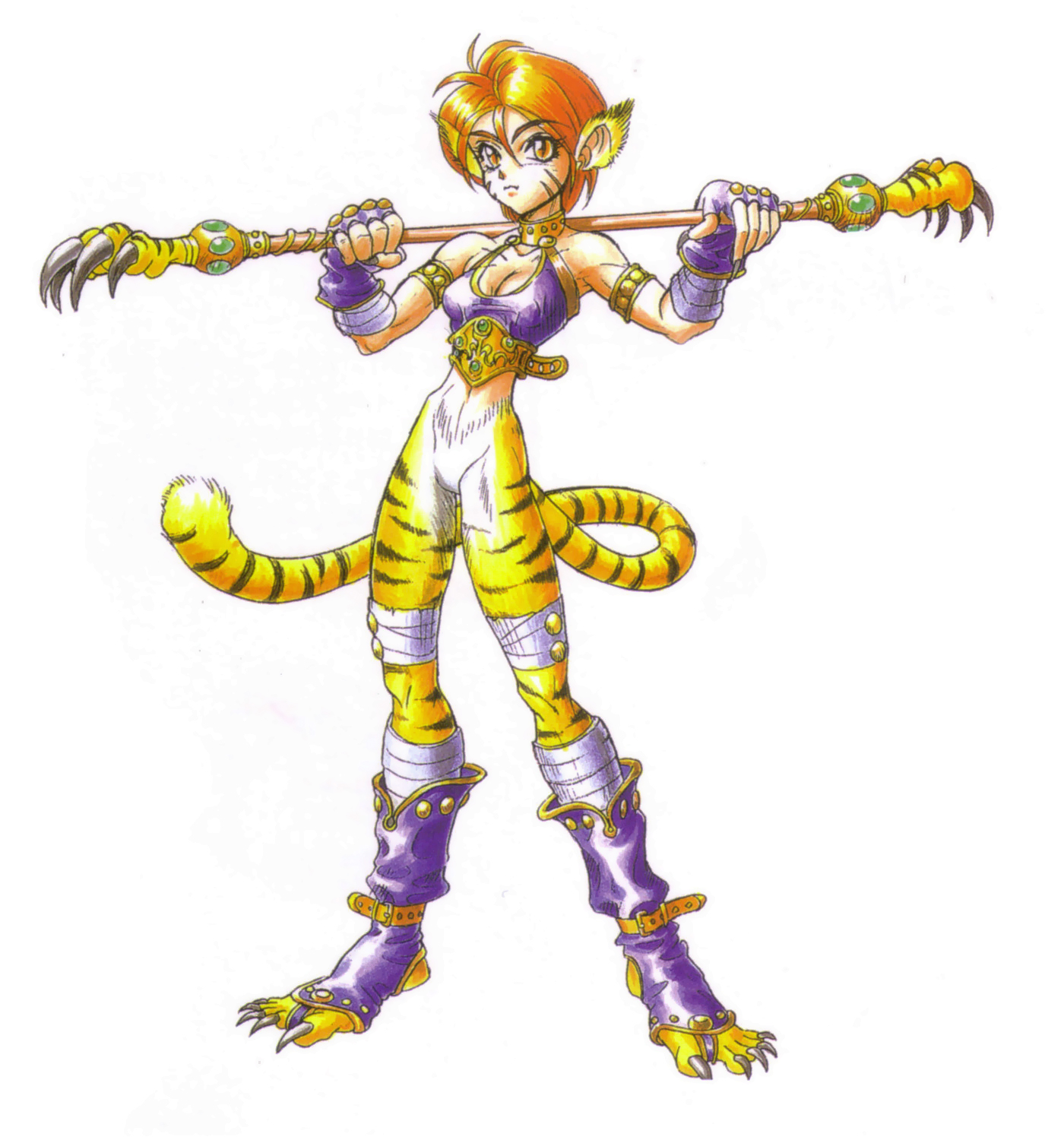 A member of the Woren Clan was first shown in Breath of Fire II - Katt. She was one of the main characters in the game, next to Ryu and Nina - and this was the only time, Ryu could have another love interest than Nina in the game.

Woren people are humanoids that strongly resemble cats, with the upper body looking more like a human and the lower body being covered with fur and sometimes tiger stripes. They are usually a fast, elegant and swift race.

Their background as a clan is shown in Breath of Fire IV, in other games, Woren clanspeople seem to be scattered around the world. In Breath of Fire II, Katt meets Tiga, another Woren, and he is immediately fascinated by her, as if it was a rare sight to even see a Woren in person.

Wing and Woren clan share the number of occurrances within the series, as they are both present in four of the five original games.