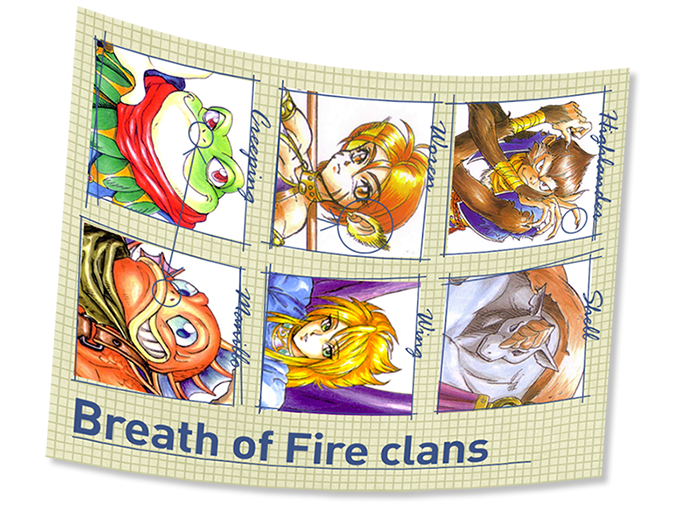 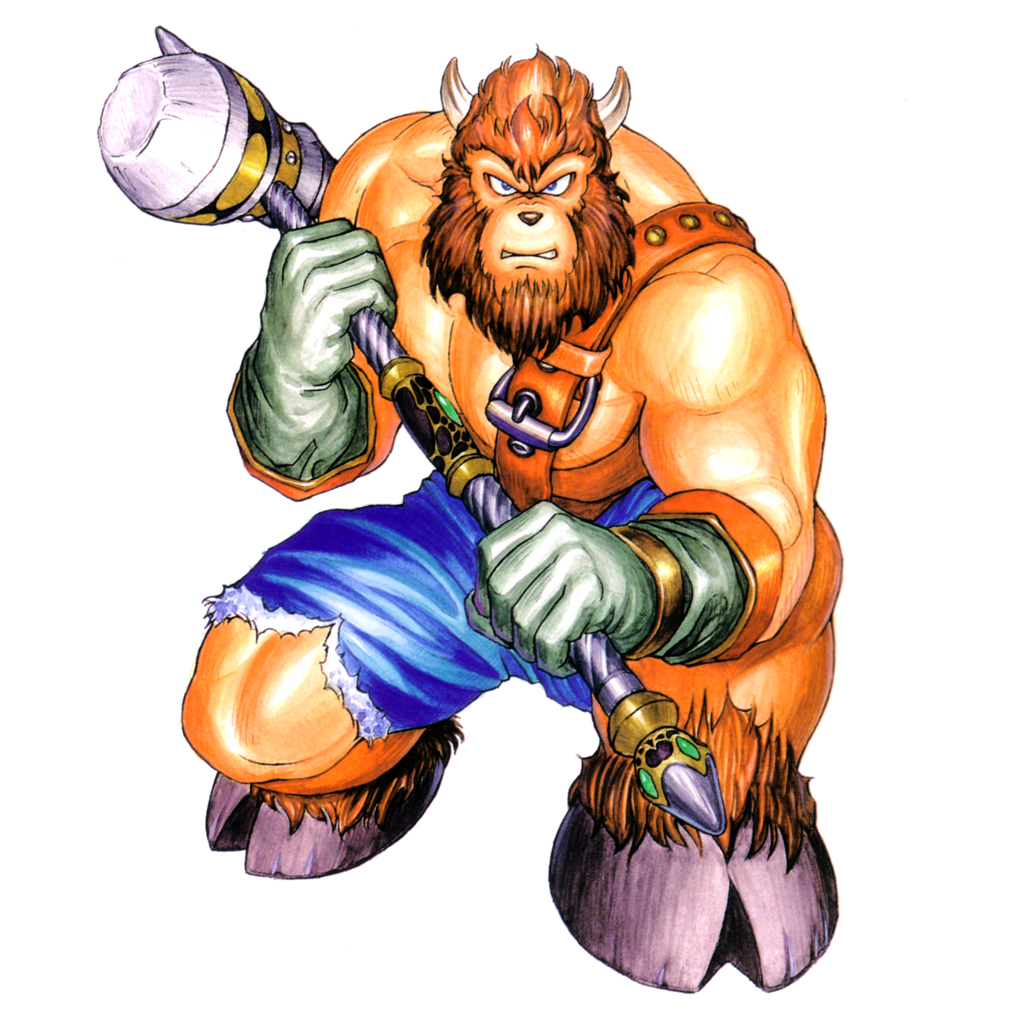 This is one of the lesser known clans within the Breath of Fire universe. Members of the Iron Ogre Clan do somewhat look like cattle or general bovine animals. Male clanspeople do more resemble animals, while females seem to look more like humans, with the exceptions of horns on their heads.

People from this clan are said to be strong and skilled miners. The race seems to be very peaceful, though.

In the first Breath of Fire, Iron Ogres played a major role as one of the playable characters, Ox, is a member of that clan. In the second game, visiting the home town of the Iron Ogres is optional, but required in order to get a certain ending.

What happened afterwards with this clan is not known. There are no Iron Ogres seen in any subsequent game within the Breath of Fire series.

In Breath of Fire 3, the game starts within a mine, but it seems to be inhabited by people from other clans only.