How to rate a game 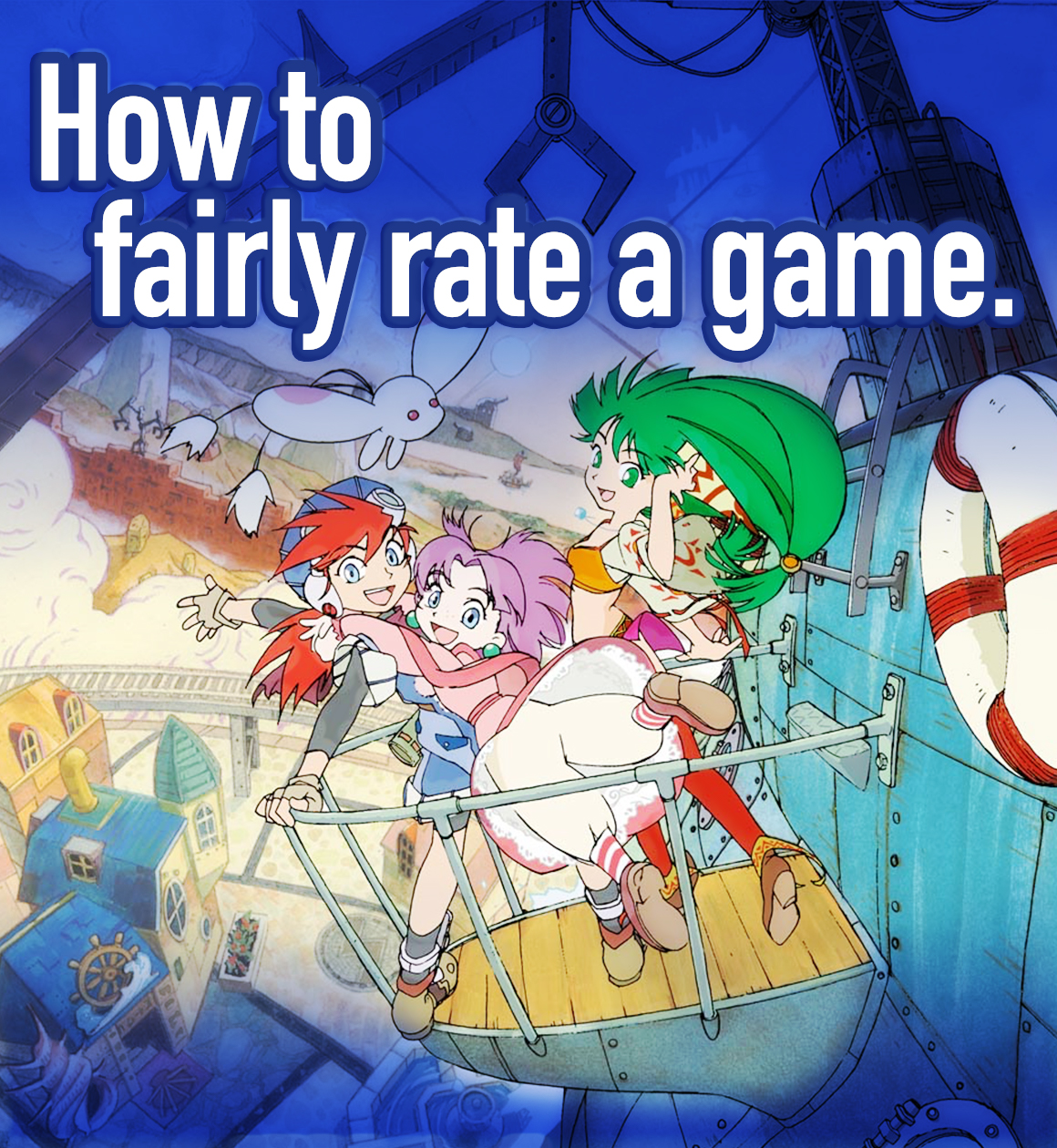 How to rate a game

About reviewing a game

Why do it this way?

About reviewing a game

If you found your way over to rpg-o-mania, I think you have some interest in playing video games. This is a hobby that can be thoroughly enjoyed, and most of the games nowadays, no matter if created by a huge company or a small team of developers, can be enjoyed. But almost as old as the gaming hobby is the desire by gamers to have the games assessed they want to purchase. Or sometimes, they just want to see if their own impressions (both good or bad) confirmed. And sometimes, people just want to review their games.

During the years, many forms of review have been established. Some use some sort of numerical grading, some other people just want to write their impressions of games in a very elaborate article. Every form of game review has its advantages or disadvantages. Here at rpg-o-mania, we decided to go a rather classical approach.

I am very fond of the old german video game magazine "Video Games" - heck, this whole websites' name is inspired from one of their rubrics, the mail section (which was called Mail-O-Mania), and so our reviews are based on their principles.

Below, you can find a detailed description of how our rating works in detail

No matter where you are in the world, chances are big that your school grades are somewhat linked to a percentage value. Here in Germany, the rating system usually was set up that everything below 50% was "failed", up to 80% was "okay" and over 80% was good and great. We rate our games in a similar fashion. Games over 50% are okay, and games over 80% are especially good and receive a "classic" badge. Classic means that a game is universally enjoyable by most RPG players.

The game is described using a mostly neutral text. Usually, the whole game is being explained: Who made it, how is it set up, how does it play, how is the story laid out (without spoilers). If a game is exceptionally and generally bad or good in some regard, we will mention that in that place, though. Sometimes, this text may be laid out differently. Some reviews try to tell a story, other reviews have other gimmicks, but in general, this area is free of the reviewer's opinion.

The final rating box shows a list of what the reviewer thinks is good or bad about a game, the percentage rating and a short text that states their opinion about that game. Sometimes, there is more than one reviewer, and they might have different opinions about the whole game. If there are more than one people involved in a review, the percentage rating is discussed among them.

Why do it this way?

We think it's the best way to give readers a good overview of the game, as most players have some experience with such a rating system in their own time as a student or in their professional career. We try to explain what's in the game without too much praise or criticism and include as much information as we see fit in the first part of the review. Then, in the second part, we explain in detail how good we think the game is. In that case, even if readers might disagree to our assessment, they can still enjoy the informative part of the review.

I know some people are very fond of especially eloquent reviews that mix up the reviewer's opinion, general and philosophical topics as well as information. We think that readers should be able to choose if they want to get information from a game or a rating.

Back to the reviews.

You are here: main page / reviews / how to rate a game