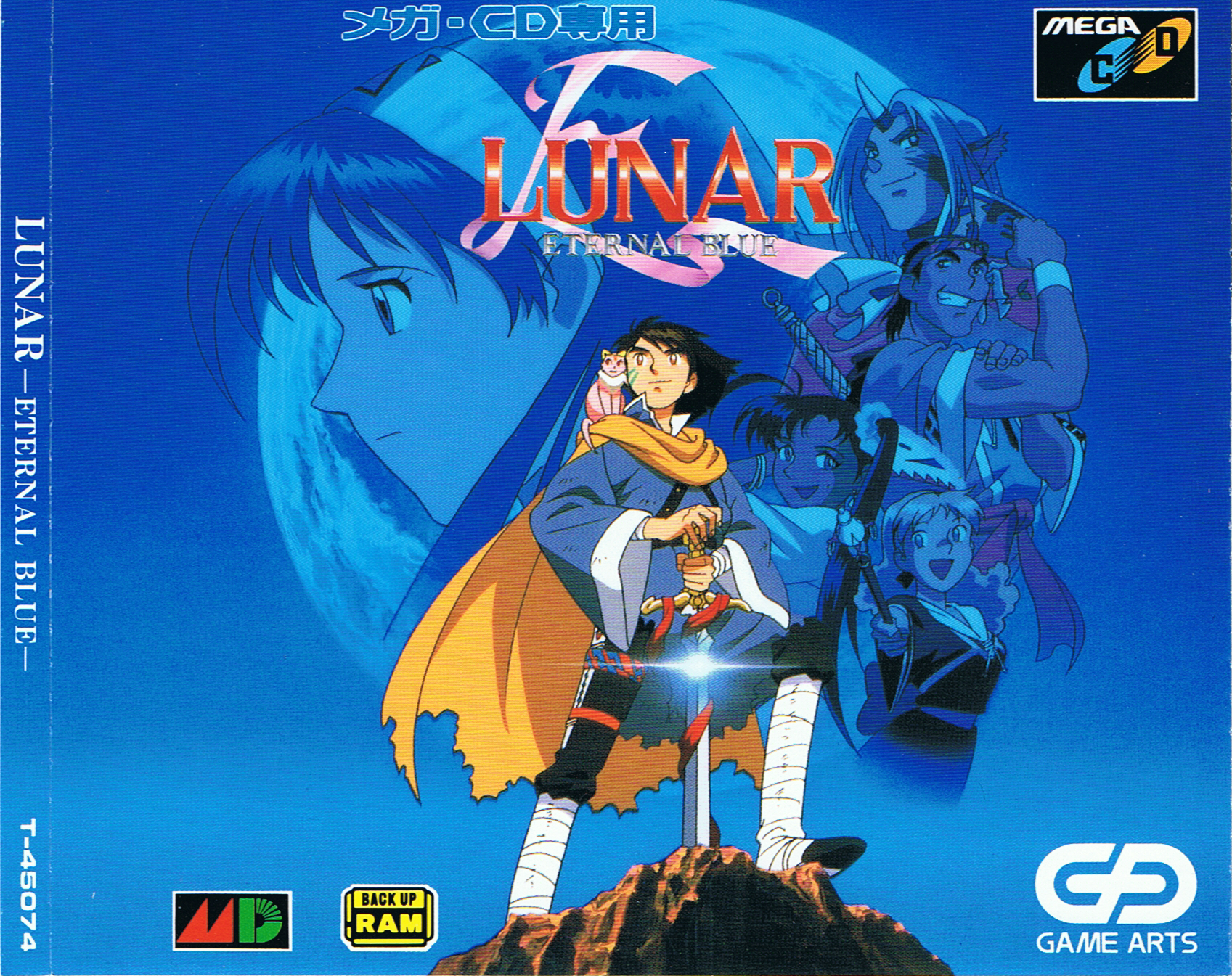 If one soundtrack is a legend on its own, then it is "Lunar - Eternal Blue", released as merchandise to the Mega CD game in 1995. Lunar was quite anticipated back then, especially in the USA, since it was the first RPG to have animated cutscenes and decent voice acting. The soundtrack however was just produced for the japanese market, and since US fans and japanese fans both ransacked this soundtrack so it was sold out pretty soon. Fans paid lots of money just to get this soundtrack for a very long time. Alas, such fame attracts bootleggers as light attracts moths. So nowadays, it is even harder to find an original soundtrack since the bootlegs are of pretty good quality, and especially if you're buying the soundtrack online, it is almost impossible to distinct from the original.

But as a common rule you could say, that every reasonable priced soundtrack is surely a bootleg.

But enough with the collector's talk, on to the soundtrack itself. The tracks all base upon the Sega CD game, but sound more like the Playstation Version tracks. From the Sega CD point of view, the tracks are remixed. The selection is excellent, even if the soundtrack in common is quite great, the soundtrack pics 16 of the best tunes, including the great "Lucia vs. Zophar" tune which includes an interesting style shift in the middle of the track. Two of the tracks have vocals, "Adventure Road ~ Setting Sail Anew" and "Eternal Blue ~ Eternal Sentinent". You really have to like J-Pop if you want to enjoy the first one mentioned, the latter is okay even for people who don't like J-Pop that much (like me). All the other tracks are recommendable for everyone, the soundtrack is even greater if you finished the game.

The recording is pretty good for a '95 CD, although a little more bass wouldn't have done bad. 16 tracks are also a little few, but they're pretty long as a compensation. The soundtrack is a pretty good selection of what the game has to offer.

The "classic" rating is a close call here. The soundtrack does not offer too many tracks, it's expensive and the sound quality lacks some bass. Yet, the music is so good that I could not go any lower than 80%. It's a great soundtrack that I can recommend anytime.