The Legend of Zelda: Link's Awakening

Nintendo / Grezzo - Tested on the Nintendo Switch in 2019

This game first came out in 1993. Back then, I was 12, and I borrowed "Zelda: Link's Awakening" from a friend after he had finished it. To be honest, I did not expect much. I was a happy Super Nintendo fan back then, played and enjoyed Zelda 3 and was just starting to develop my love for RPGs.

So in the Winter between 1993 and 1994, after I played graphically impressive games, a friend handed me over his cartridge and said "it's good". I turned on my Game Boy and was immediately hooked. Even if I had to play the game on the horrible blurry green and black screen of the original GB, I was fascinated how much Zelda feeling was there, and how incredibly big this game was. 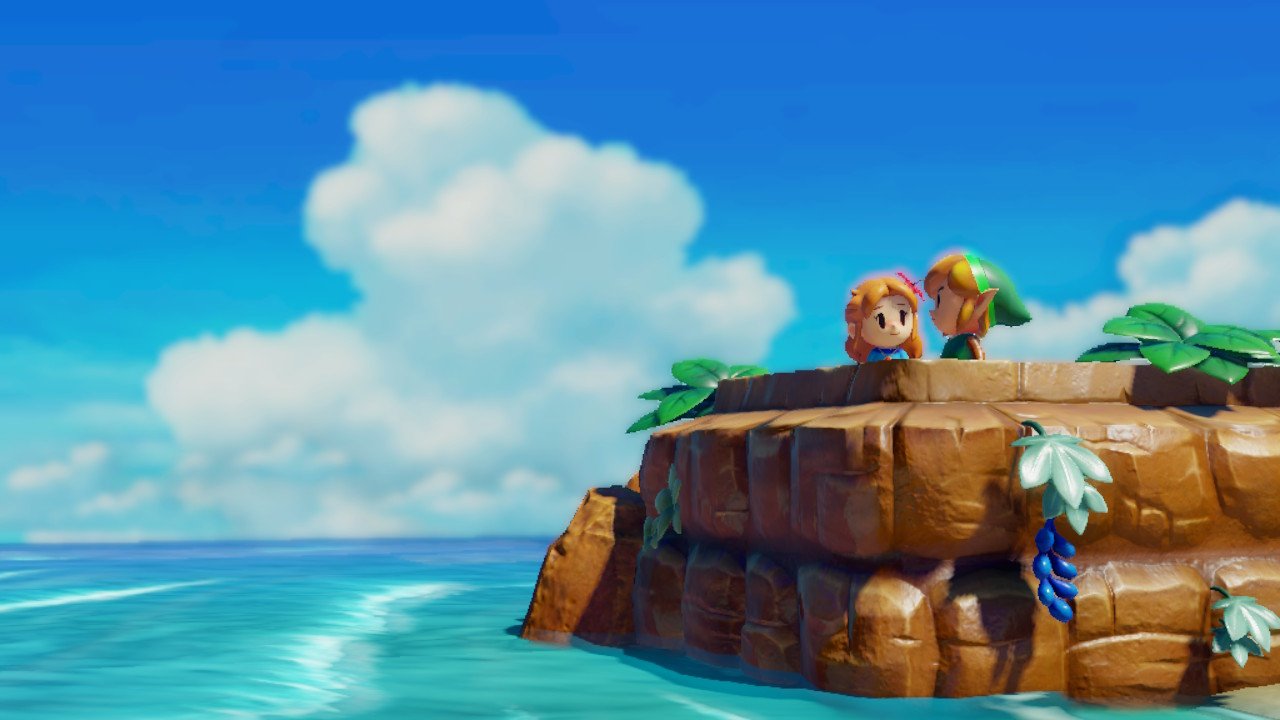 Link's Awakening plays like other 2D Zelda games. It's an action RPG / action adventure where Link has to traverse the world in a bird's eye view. There is a big overworld (the island of Cocolint), two towns and nine dungeons in this world.

Aside of sword swinging combat, there are several items to be found that allow Link to reach new destinations, like a grappling hook, sprint shoes and so on. Dungeons are designed to be non linear, so that rooms have to be crossed several times, with certain riddles being spread over more than one of those rooms.

So many other action RPGs have the tendency to just put room after room in Dungeons, but in Zelda, Dungeons are intertwined mansions full of riddles that do not feel like a tunnel that just has to be run through. 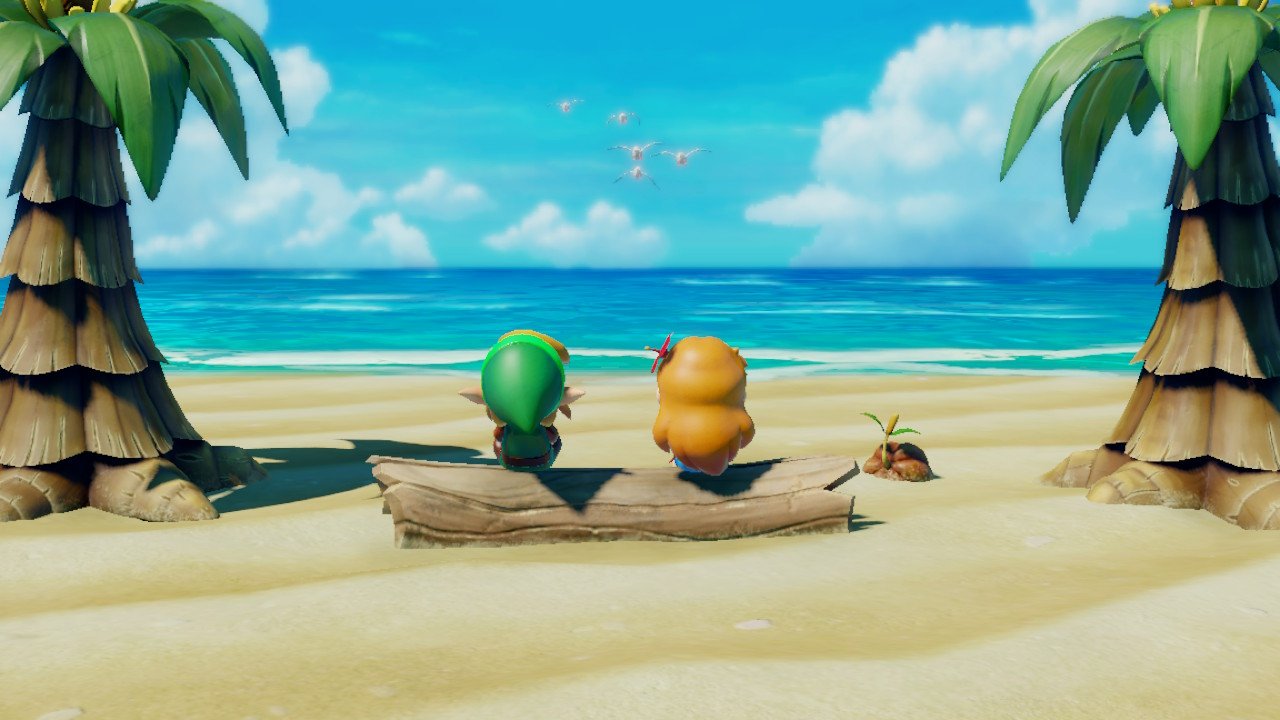 The game itself is an impressive feat, considering that it was initially released on such weak hardware. It's a similar experience to its predecessor, "A Link to the Past", gameplay wise.

But there's a twist.

The story of Link's Awakening is different compared to other Zeldas. There is no Princess Zelda, no Hyrule, no Ganon. It's just Link who is stranded on this island and tries to get off it. Later in the game, there's a huge revelation that makes this game incredible sad and serious.

This twist is also supported by the music that gets more serious and sad with each passing dungeon, so that the game gets a real serious and adult feeling – no matter how funny or quirky some of the characters seem at the beginning. 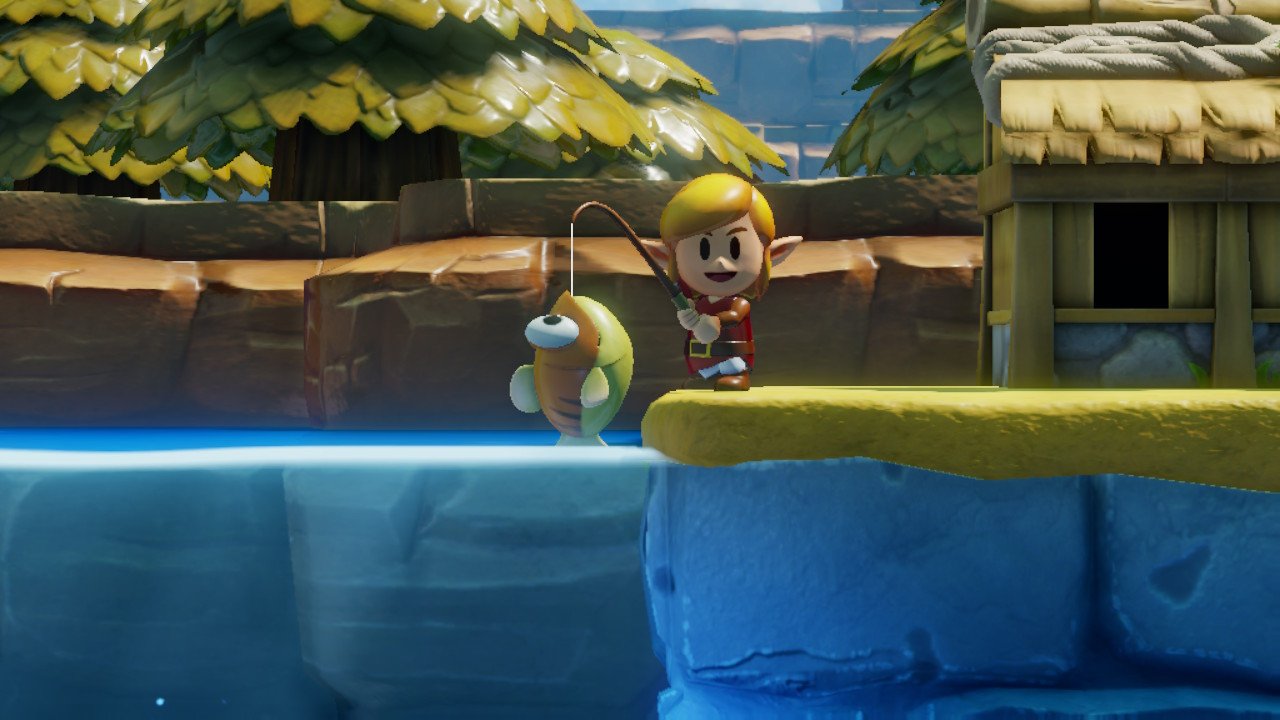 The new version on the Nintendo Switch has even more vibrant and funny looking visuals, which tone down the seriousness a bit, but on the other hand, here the music sounds more sad and melancholic.

At one point in the game, all of these plastic looking, colorful visuals contradict with the music and when playing I realized "Now all the fun is over".

Grezzo, the developers of this remaster, didn't change much in terms of gameplay. Compared to the original Gameboy version, the extended number of buttons on the Nintendo Switch is utilized and some convenience features have been added.

The visuals now don't scroll screen by screen in the overworld like in the original version. The world seems to be a bit smaller that way, because players can see where the next areas start, also thanks to the lower viewpoint of the game. 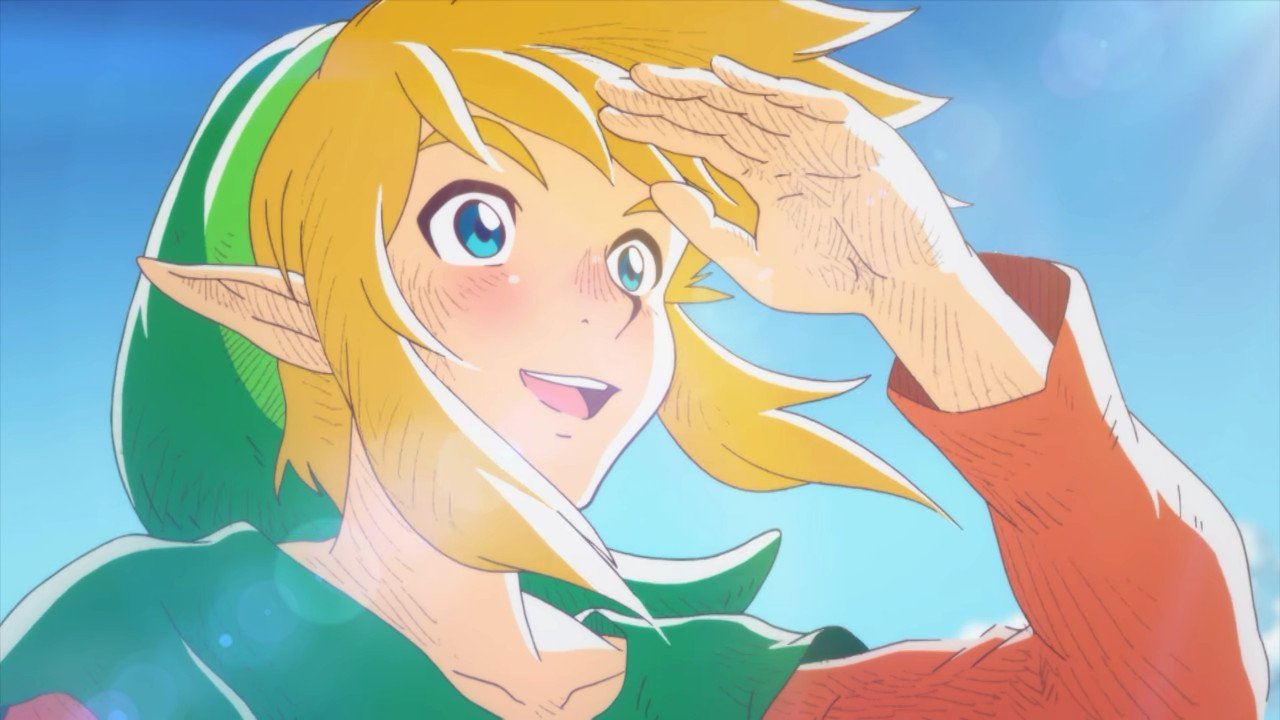 There is also a "build your own dungeon" mode and there are more heart pieces and seashells to collect. So players can spend some time with this game, although a regular playthrough ends at about 15 or so hours.

There's a secret ending to uncover if players can finish the game without dying, but the game does not offer any more features like art galleries or a music player.

There's a lot of discussion going on about the remaster and framerate issues. I didn't find this disturbing at all, so there is no reason for me to write about this in the review. But yes, on screen transitions, the framerate dips to 30 FPS.

I finished the game in 1993, the color DX version in 2001 and now the Switch remaster in 2019. It was always a blast, and I love the story, the characters and how the atmosphere of the game changes somewhat in the middle of the game.

The new convenience features are nice, but I'd loved to see and read more after finishing the game itself. Maybe an additional ending would have been nice.

The visuals are strange at the beginning but have some nice feel to it, and the music is just outstanding. Again - it's a great game!