One of the last games on the Super Nintendo in europe was Terranigma, released back in 1996 and made by Enix. This game was supposed to be the "christmas hit" of that year.

A unique feature of the game is that it has never been released in the USA. Nintendo of Europe translated the game from its japanese original, Tenchi Souzou.

The protagonist is a rebellious young man named Ark. This lad caused lots of trouble in his home village of Crysta even one day before the events of the game unfolded. He even messed with the weaving mill where his girlfriend, Elle, worked. Since he is good at heart, Ark apogolized at the weavery - and then started doing nonsense again by breaking the mysterious blue door in the elder's house, triggering a chain reaction of events that change the history of the world. 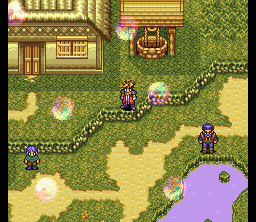 In Terranigma, you are not changing the story of any fantasy world, but of our real world which has been adapted to a game environment. Arks job is to restore all life, from plants to birds and animals to humans. If this story seems familiar to some people, it should be said that Terranigma is the third game of a "Soulblazer trilogy" after Soulblazer and Illusion of Gaia.

Terranigma is played as a classic action RPG in like Zelda or Secret of Mana, yet the focus is on the combat system in Terranigma - there are five attack moves alone, which is pretty much for a game of this kind. And it's all masterfully put together. When the game presents a riddle to the players, its cleverly placed in the environment. Often players do not realize they just resolved a puzzle because it's just so well integrated in the gameplay mechanics. 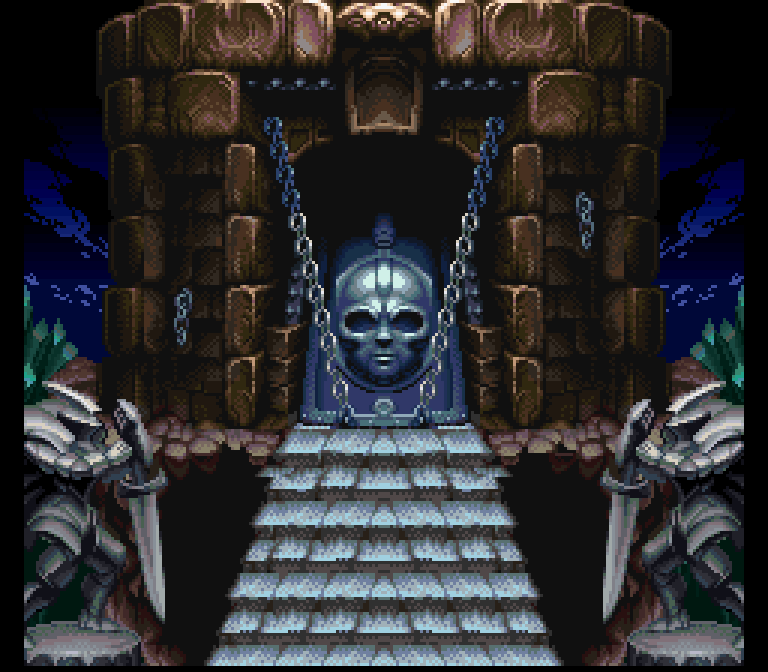 In shops, players can equip Ark like in many other action RPGs with new weapons and / or armor as well as medical herbs and magic. For new magic, players can purchase spells with crystals that can be found here and there or as a bonus for any tasks they do.

In addition to the action RPG itself, players have a number of special tasks to choose from, such as helping cities to grow and evolve. In order to help all the cities to thrive, players need to skilfully play out their social skills and make the right decision in due course. In France, for example, you can choose the first president, the further development of the French city depens on that. 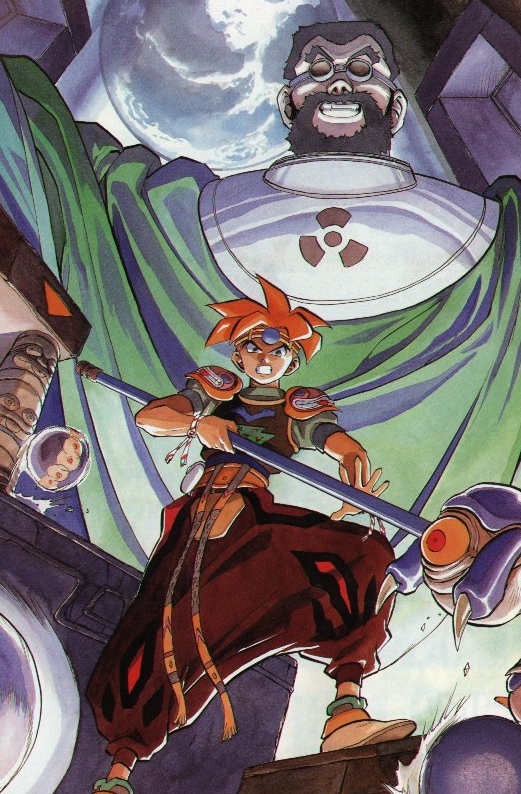 The staging of the game is breathtaking. Only few SNES games have so beatufiully drawn graphics - only the best, like Chrono Trigger or Trials of Mana can keep up with this level.

The same applies to the sound: Such epic melodies, which perfectly accompany every situation in the game and do not have to hide from any CD track have often caused me goose bumps. The playability itself is very good, the different attack variations are learned quickly and are easily executed.

The best part, however, is the story. Terranigma is very touching, it is a melancholic game - even if Nintendo of Europe has tried to make it funnier with some of their infamous gags - at least in the German translation (Holerö!)

However, this game also has a downer: It's just too easy. Even in the first playthrough, it is very difficult to reach a time beyond the 20 hour mark. There are no serious puzzles and the fights are too easy.

The only notable "brake" within the game is a dungeon that players can only finish if they have a certain level that cannot be reached until then. It was a bit cheap to prolong the game that way, but at least then the game was a bit longer.

If you have the means to play this game, play it. Such an astonishing world combined with an ingenious playability and profound and mature story does hardly exist a second time on the SNES. And well, the game only exists on the SNES, so it is hard to come by. Maybe you should give it a chance on an emulator, if the cartridge is too hard to get. It's worth every minute!